Four men fought like kids over the last available urinal in a crowded toilet at Aljunied MRT station on Sunday (24 Jun). 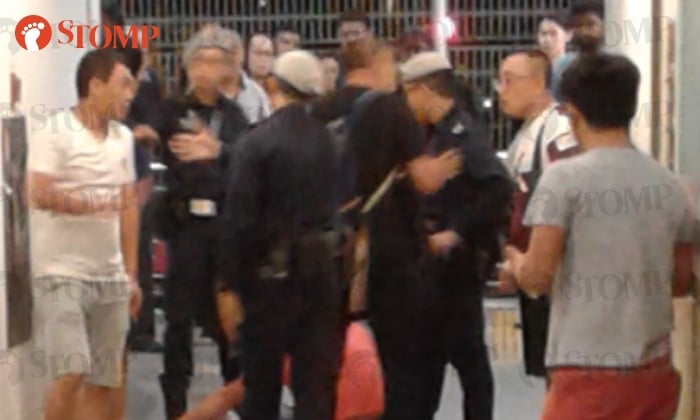 What have we come to?

Apparently, two men in their thirties couldn’t agree on whose turn it was to use the toilet, so they started fighting.

Things escalated, with their respective companions joining the fray. It became a 4-men scuffle, with 2 people on each side.

It was such a “big fight” that neither party was willing to relent. The fight went “from inside the toilet to outside”.

According to an eyewitness, everyone else left the toilet.

Bring in the boys in blue TransCom is the Singapore Police Force specialist unit which polices the transport network in Singapore.

Three officers arrived at the scene to save the day, but found that breaking up the fight wasn’t that easy.

After the officers came, the men continued fighting and only stopped when the officers reportedly got more form.

Netizens have responded to the bizarre incident with appropriate mirth.

Someone said of it,

Give Pees a chance

Others have speculated about what the arrested individuals would have to say if they end up with a criminal record from the incident.

Of course, there were some who offered “constructive” suggestions,

If nothing else, they could always use the NSF Recruit Urgent Toilet Break method of Two Men One Urinal.

But the important question is, did they get to pee? Asked a netizen,

Ya right, it’s worth to have some pee-tience.