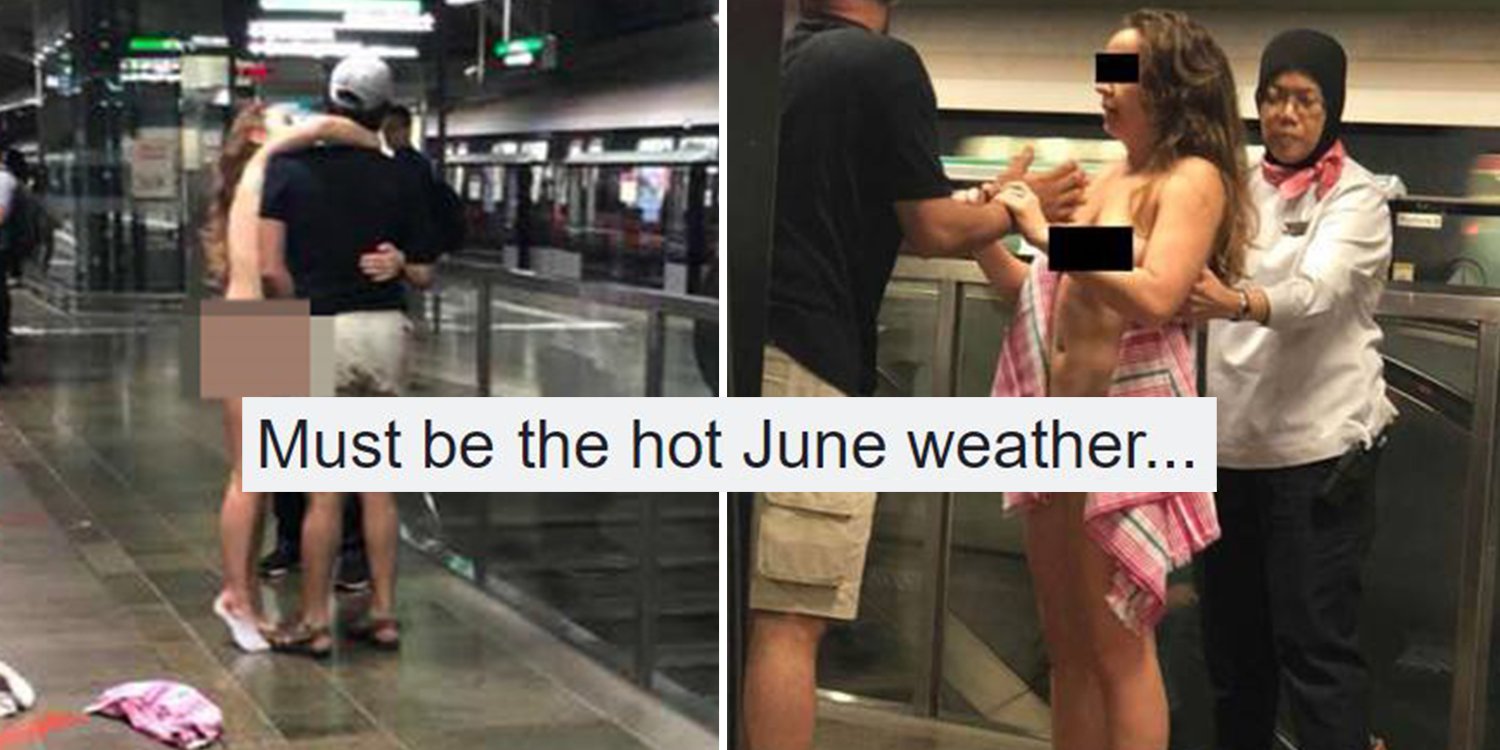 Leaving her clothes on proved too much of a hassle for one Caucasian lady on 7 Jun.

She stripped naked at Pioneer MRT station, leaving only a sock on one foot. 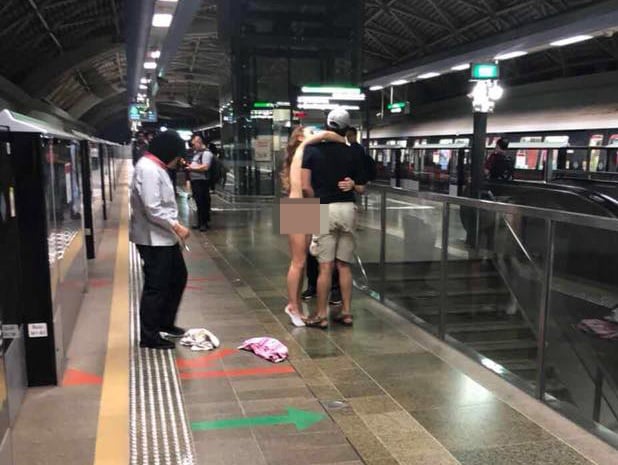 Police arrived at the scene after receiving a call for assistance and swiftly arrested her under the Mental Health Act.

Turns out, she’s not the only one in recent years.

Since 2016, there have been at least 6 cases of people flaunting their birthday suits in public.

According to bystanders, he appeared very focus and did not give a care about his surroundings.

But his surroundings noticed. 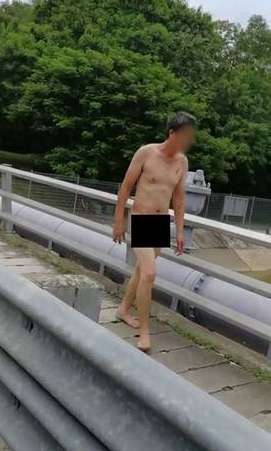 2. Puss in Boots walks around Tampines

This nude dude was seen walking around Tampines on 14 Sep 2017.

He was wearing only his boots, glasses and a landyard. 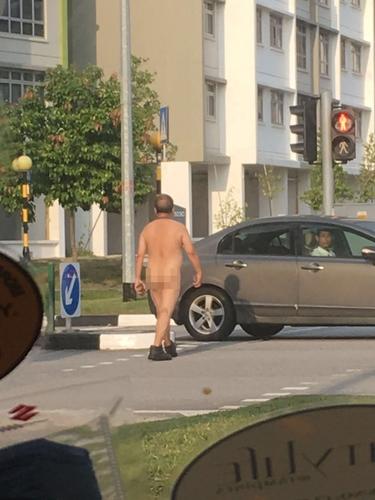 He probably felt like being Puss in Boots for a day.

The legendary character even managed to hop on a bus for a little ride around town. 3. Power to make everyone flee 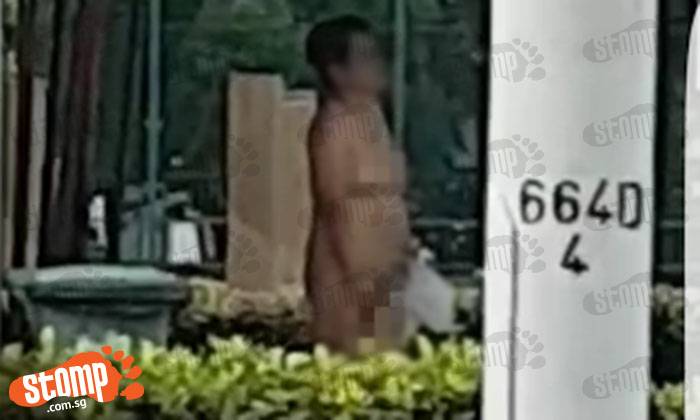 What made her shopping experience that day even swifter was when customers from the shop ran off when they saw her.

Guess she didn’t have to queue.

Indeed, by the time the police arrived, she was done about her business and had left .

A naked man was arrested after he tried to kick the doors of a bus along Sengkang East Way on 30 Dec 2017.

But it was the black sock-like thing he was wearing on one foot which really caught our eye. 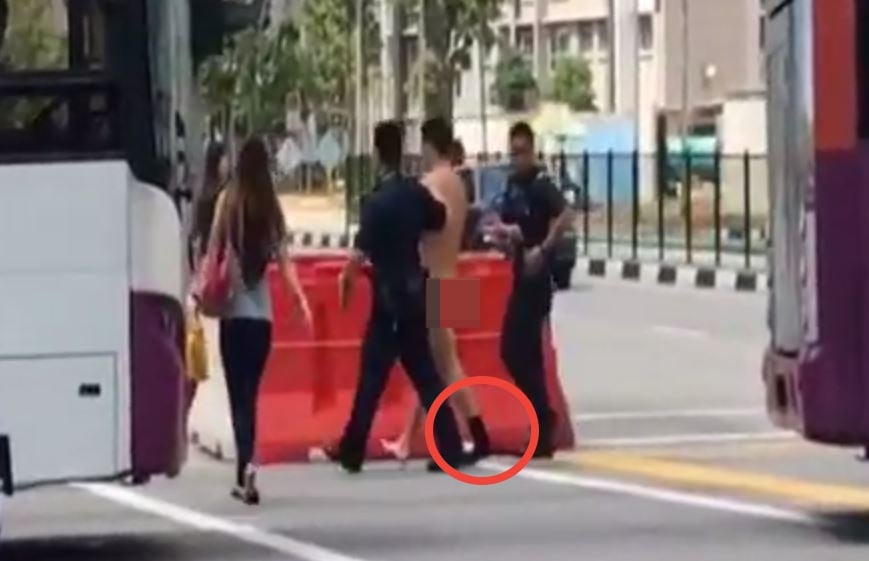 Remember the lady at Pioneer MRT Station? She was wearing a grey sock on one foot too.

Is this a new fashion fad … or a cult? 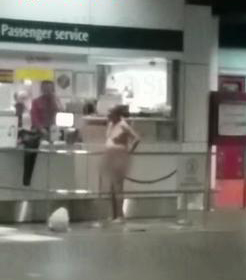 He stripped in front of the customer service counter and started waving his hand, even as the man behind the counter was still on the phone.

He later put his clothes back on and left.

But that was after commuters tried to chase him away.

Commuters on a train from Jurong East to Woodlands on 10 Dec 2016 were shocked to find a naked man nestled on the MRT train floor.

He was lying in a fetal position.

Some ‘complain king’ Singaporeans can take a leaf out of his book.

Instead of complaining about train breakdowns and crowded cabins, maybe we can learn to appreciate our trains and treat them like our second homes. 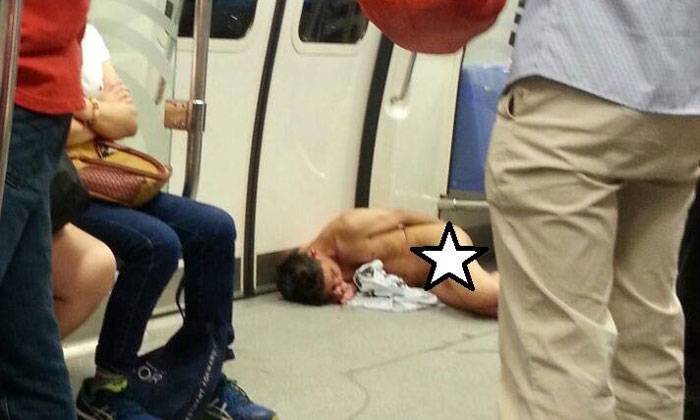 No clothes, not cool

No matter how hot the weather is right now.