5 F&B Outlets Fined For Poor Safe Distancing, Businesses Urged To Do Their Part Against Covid-19 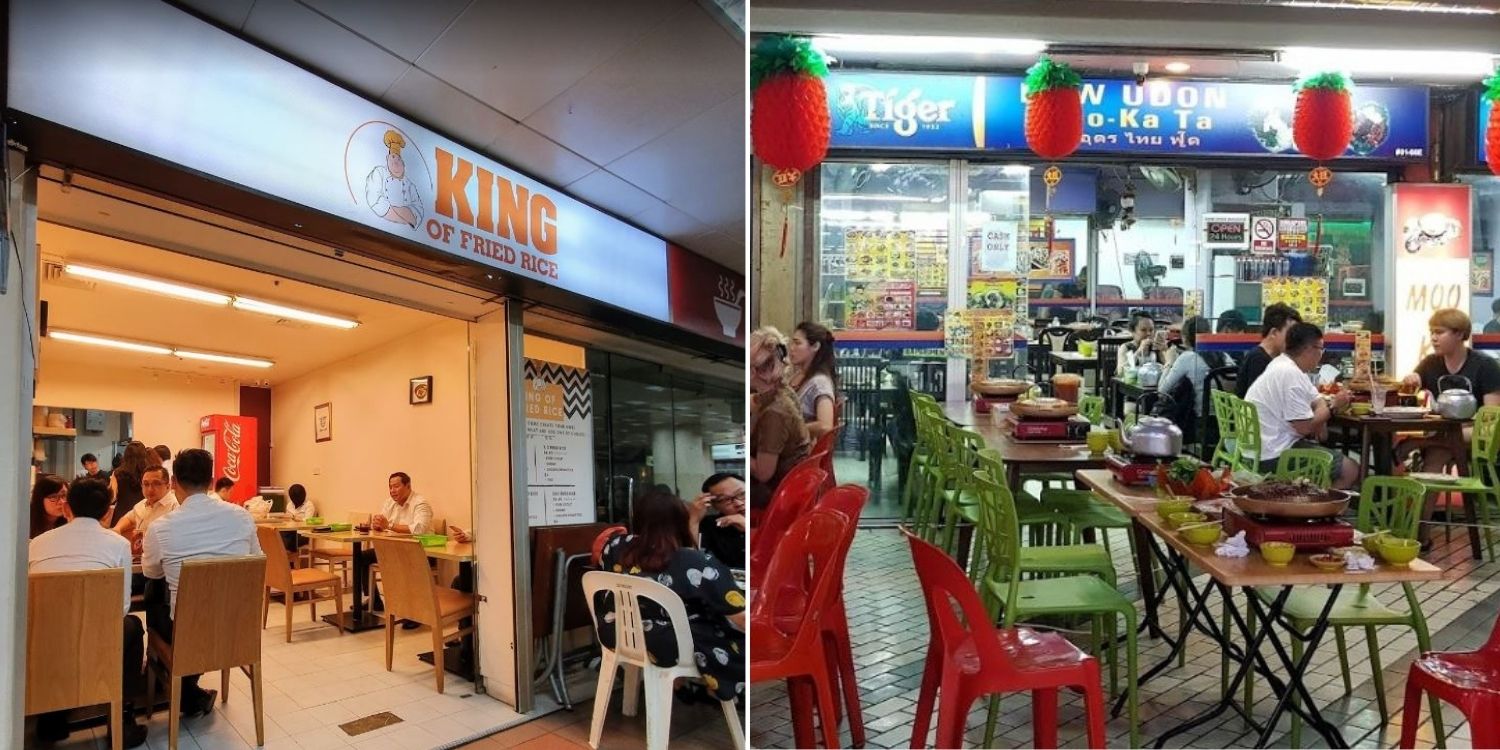 We’re 2.5 months into Phase 2 already, and most Singaporeans should have settled into the new normal of safe distancing.

However, some people may have gotten just too comfortable, and forgotten that we’re supposed to keep at least 1 metre apart from other when out and about.

This has resulted in 5 food and beverage (F&B) outlets being fined for failing to ensure that their patrons from different groups stayed at least 1-metre apart.

In a media statement from Enterprise Singapore on Sunday (6 Sep), the government agency said it conducted enforcement checks in Aug.

The F&B outlets were all fined for failing to observe a minimum 1m distancing between groups of diners.

One of them was the famous King of Fried Rice, which recently opened another stall in Sengkang. 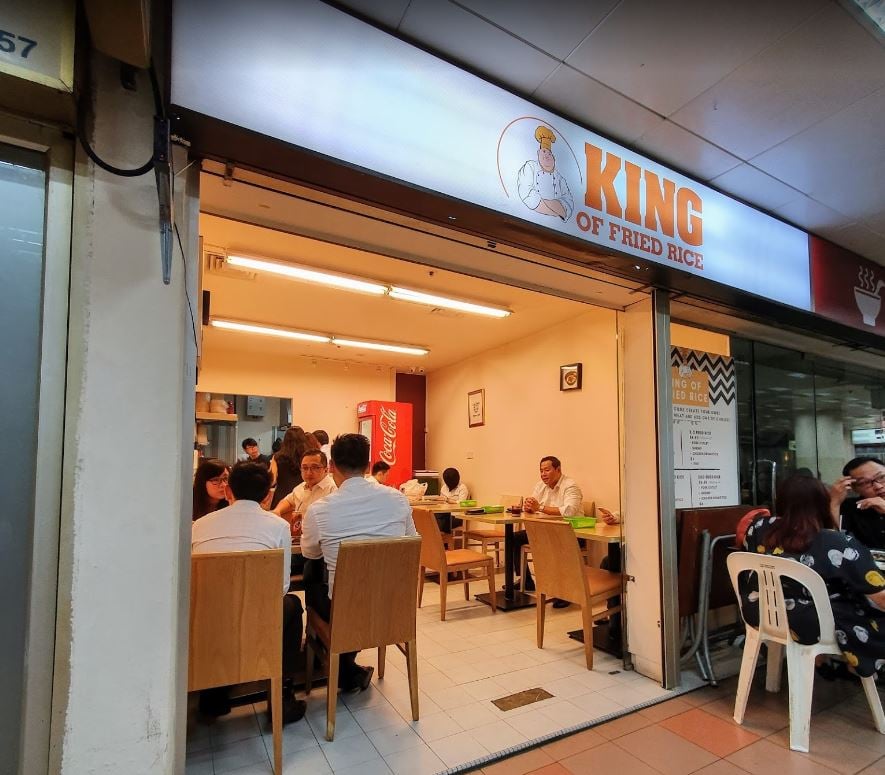 The other one was Leng Saap @ Rot Fai Market, a Thai eatery. While Enterprise Singapore fined the other establishments $1,000, New Udon Thai Food was fined double the amount — $2,000.

This was because it’s a repeat offender, the agency said.

On 29 Jun, Enterprise Singapore released a previous statement saying that New Udon Thai Food had been fined for for poor crowd control and failing to ensure its queuing customers kept a 1m distance from each other.

Now, it’s done it again, hence it’s being singled out. 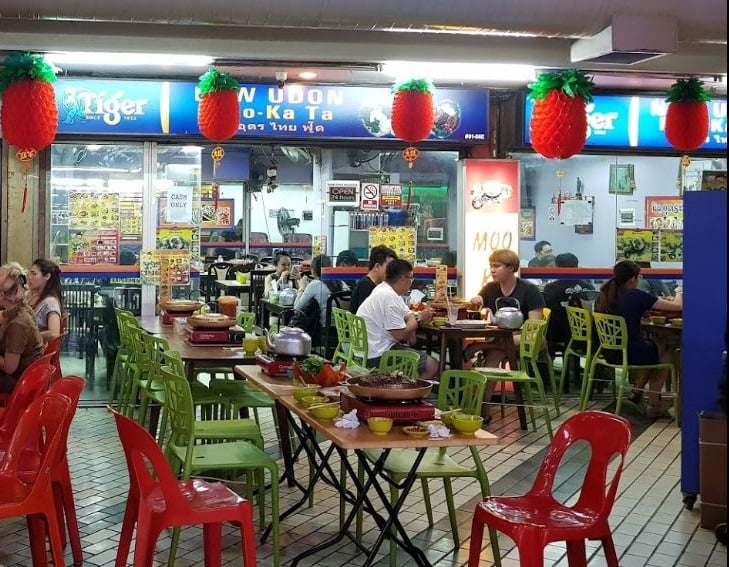 The final 2 F&B outlets that were fined were location in Peninsula Plaza.

One of them is Little Myanmar Restaurant. 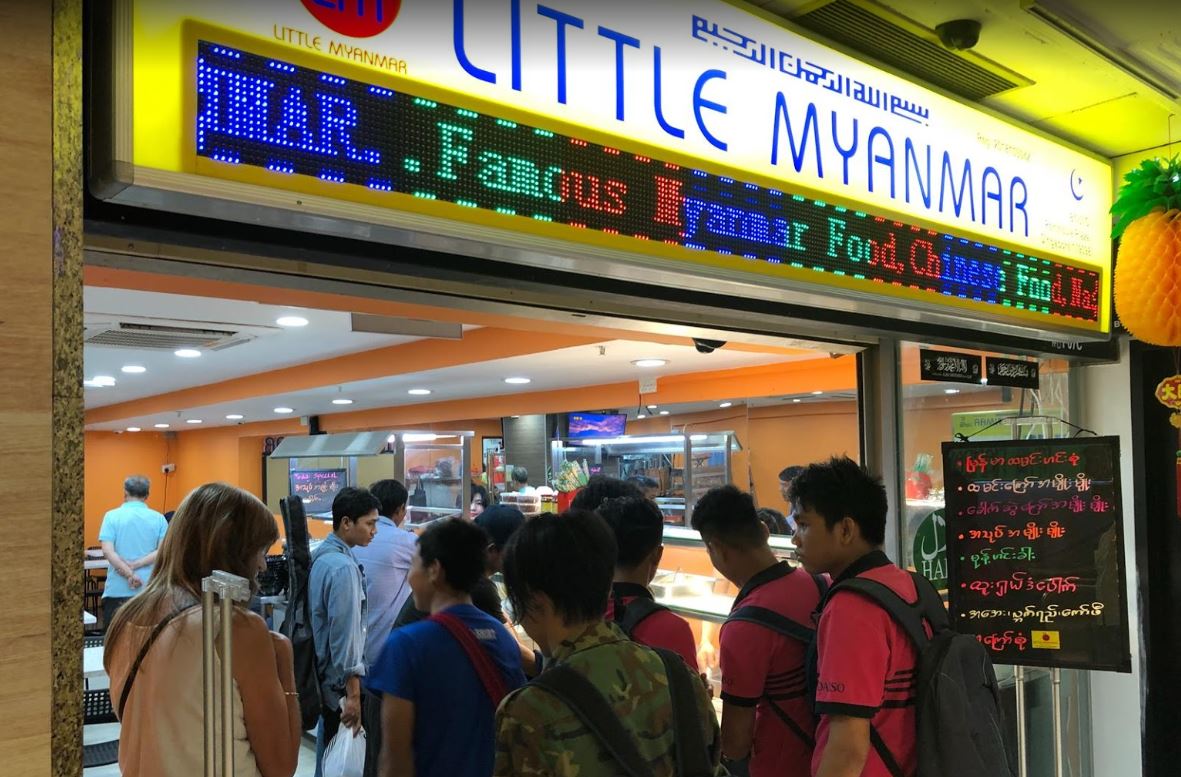 The other is Yanant Thit, which also sells Myanmar Chinese food. 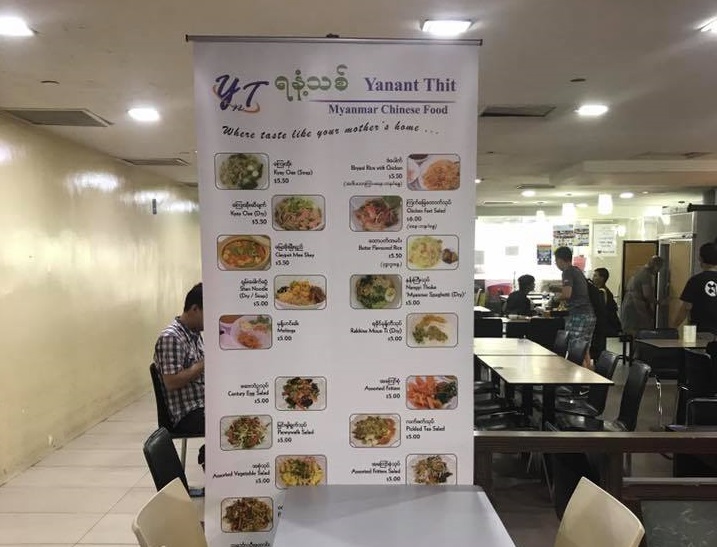 Enterprise Singapore also named Mei Mei Beauty, a beauty salon in People’s Park Complex, among the establishments that were fined. 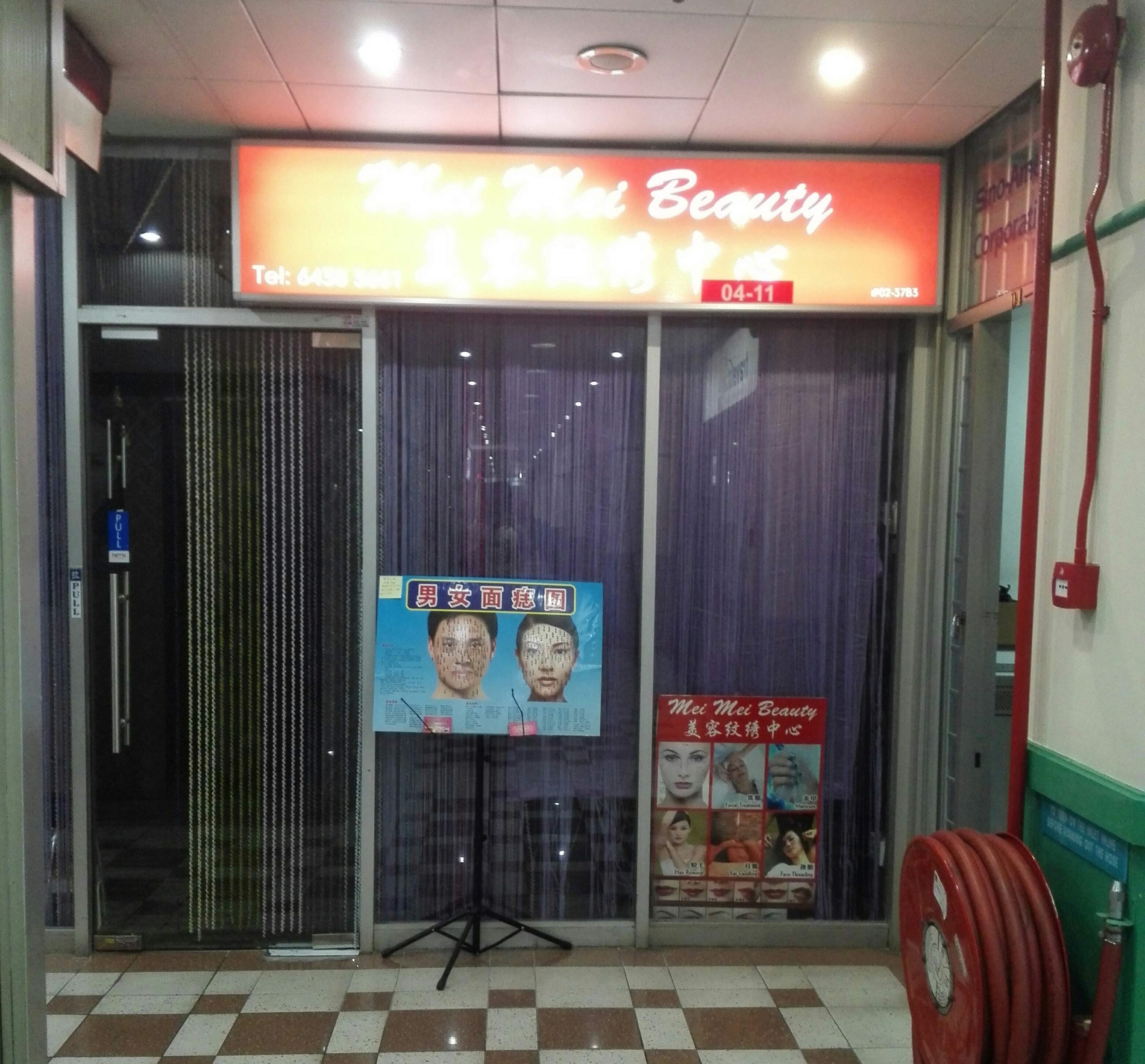 The salon wasn’t fined for not spacing out patrons, but for offering a threading service that’s currently banned.

It involves the thread being held in the beautician’s mouth.

Obviously, having the beautician hold the thread in her mouth increases the chance of viruses being spread via saliva. 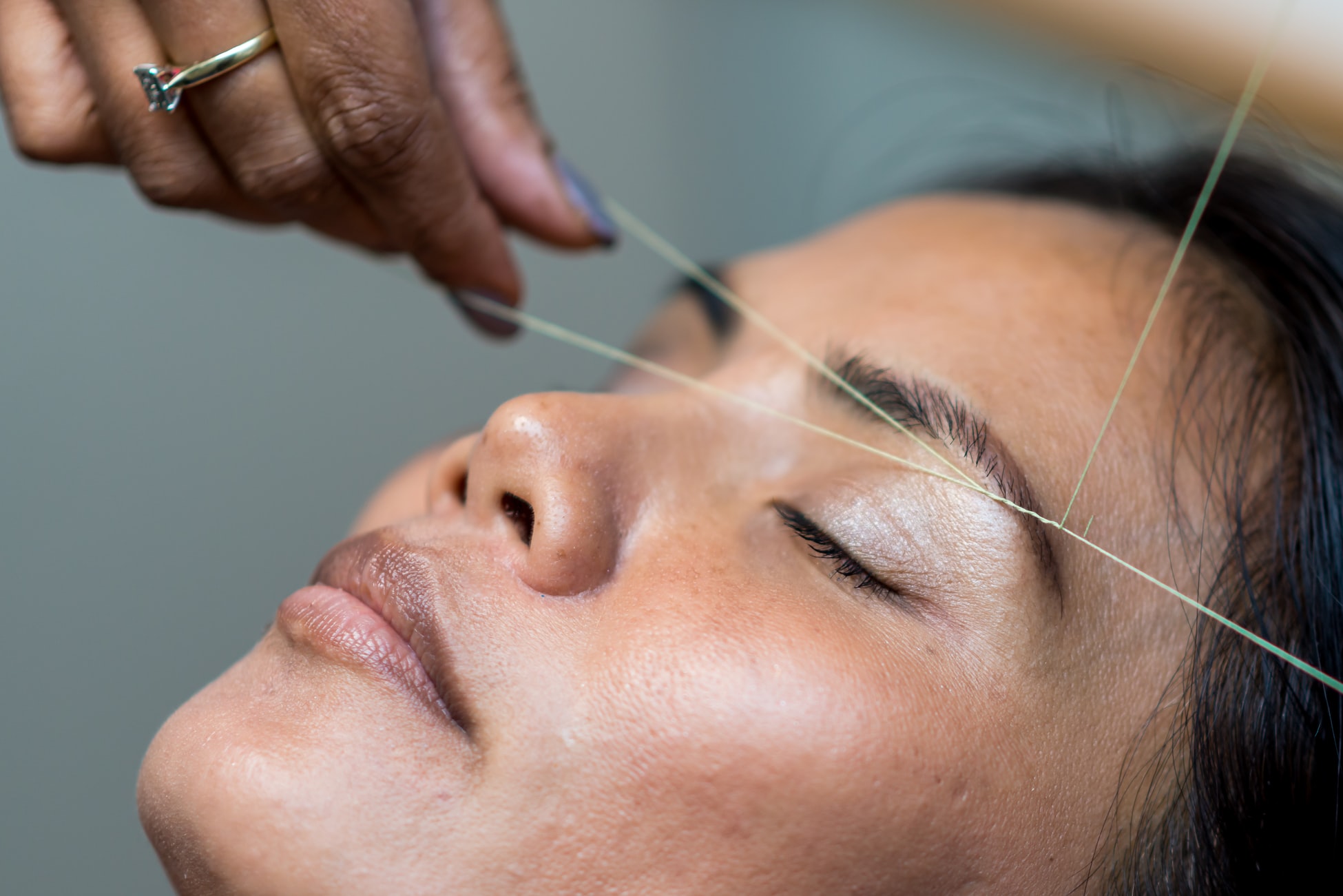 Further action will be taken for continued violations

Enterprise Singapore warned that it won’t hesitate to take action against errant businesses.

For those who’ve already been fined, “further action” will be taken if they continue to flout the rules.

That includes not only more fines, but they could be charged and their business could be shuttered too.

If they’re charged under the Covid-19 (Temporary Measures) Act, they could face a maximum fine of $10,000 and maximum jail term of 6 months, or both.

The next time they violate the rules, the maximum punishments will be doubled — to $20,000 and 12 months.

Everyone must play their part

Thus, businesses have been urged by Enterprise Singapore to keep their staff and customers safe by strictly following safe distancing measures.

Customers also need to play their part by following the rules — that means keeping a 1m from other groups of diners, not gathering in groups of more than 5 and wearing a mask except when eating or drinking.

So if you’re eating out, please play by the rules and don’t make life more difficult than it already is for our F&B operators.

If we all play our part, we can get through the pandemic together and perhaps move on to Phase 3 very soon.