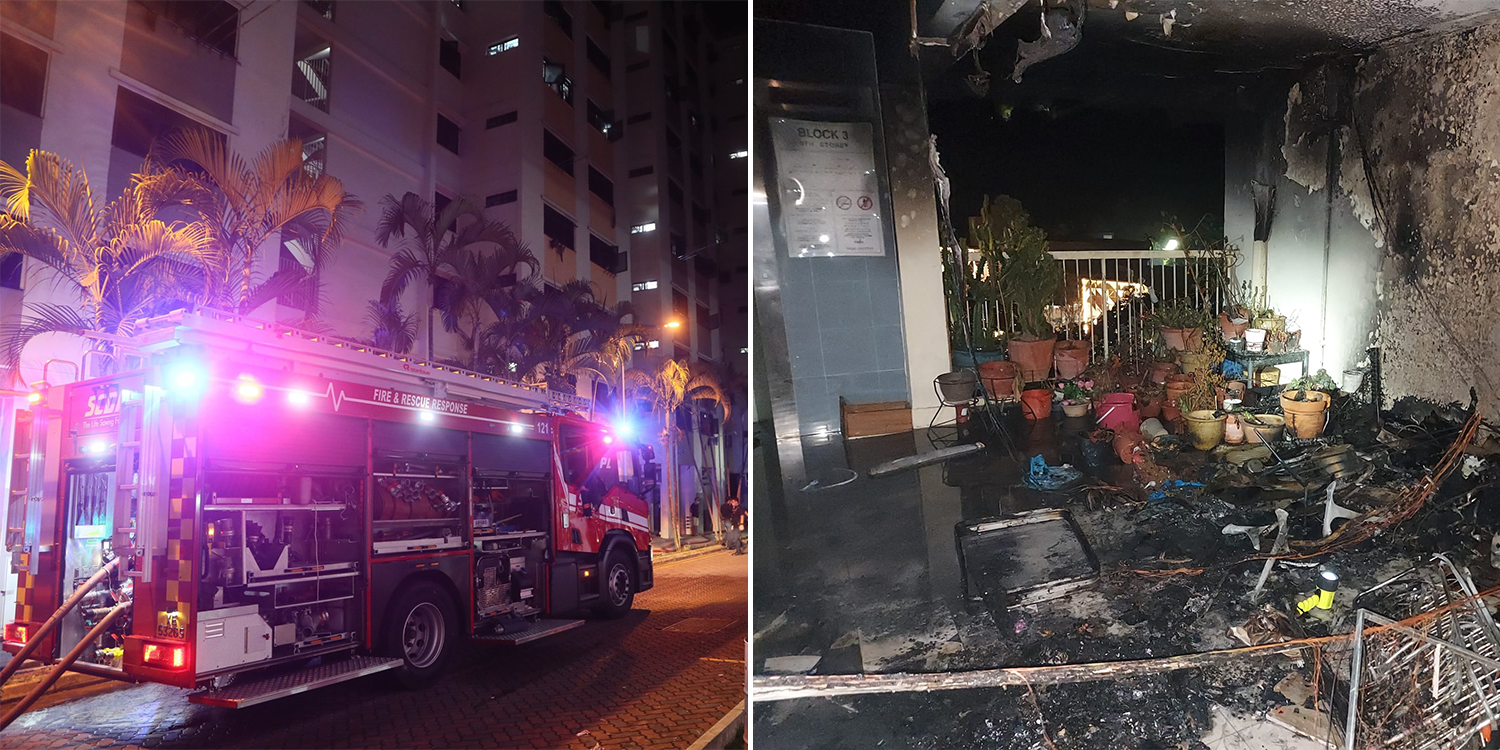 100 Residents Evacuated After Fire Breaks Out At Telok Blangah Crescent

It is important to ensure common areas outside our houses are free from clutter. Otherwise, in the event of a fire, the clutter could worsen the situation and cause the fire to spread to neighbouring units.

At around 8pm, a fire broke out yesterday (6 Sep) night at Block 3 Telok Blangah Crescent.

In a Facebook post, the Singapore Civil Defence Force (SCDF) mentioned the fire involved numerous items which had been placed along the corridor of the 9th floor. 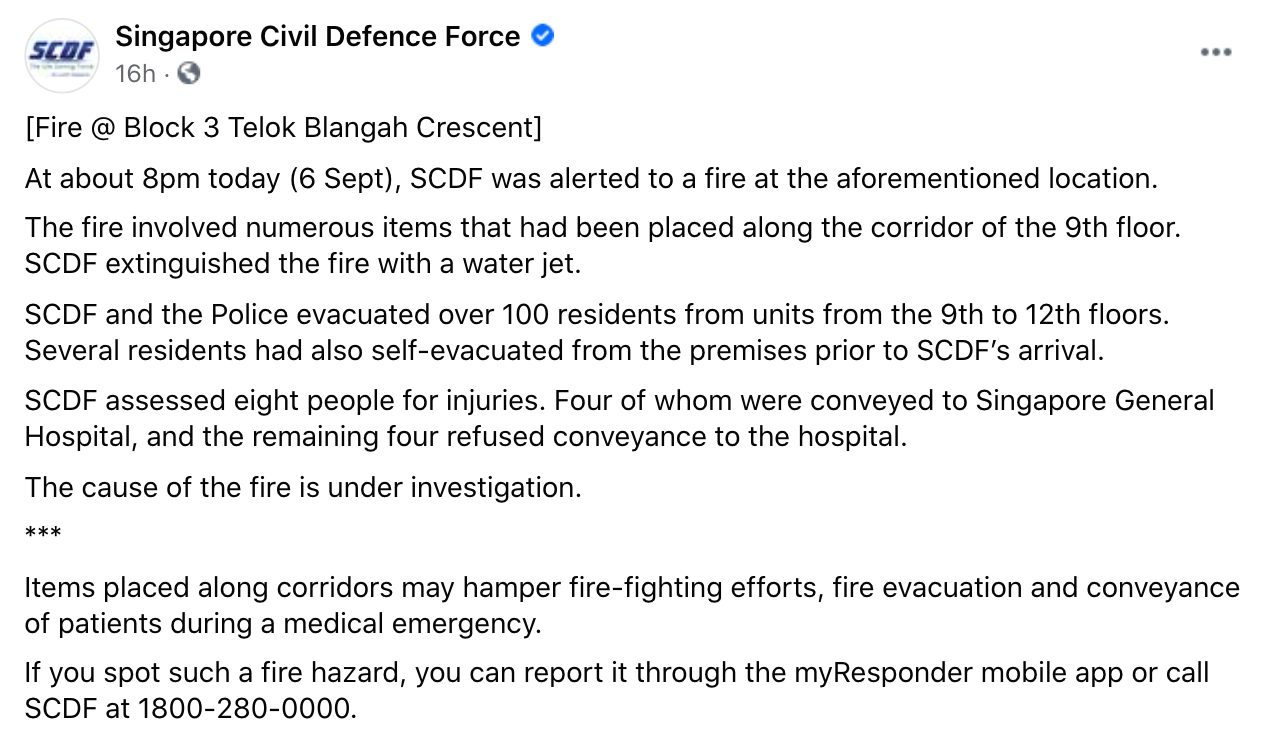 Over 100 residents had to be evacuated by SCDF and the police while 8 people had to be assessed for injuries.

Last night (6 Sep) at around 8pm, SCDF was alerted to a fire that broke out on the 9th floor of Block 3 Telok Blangah Crescent. 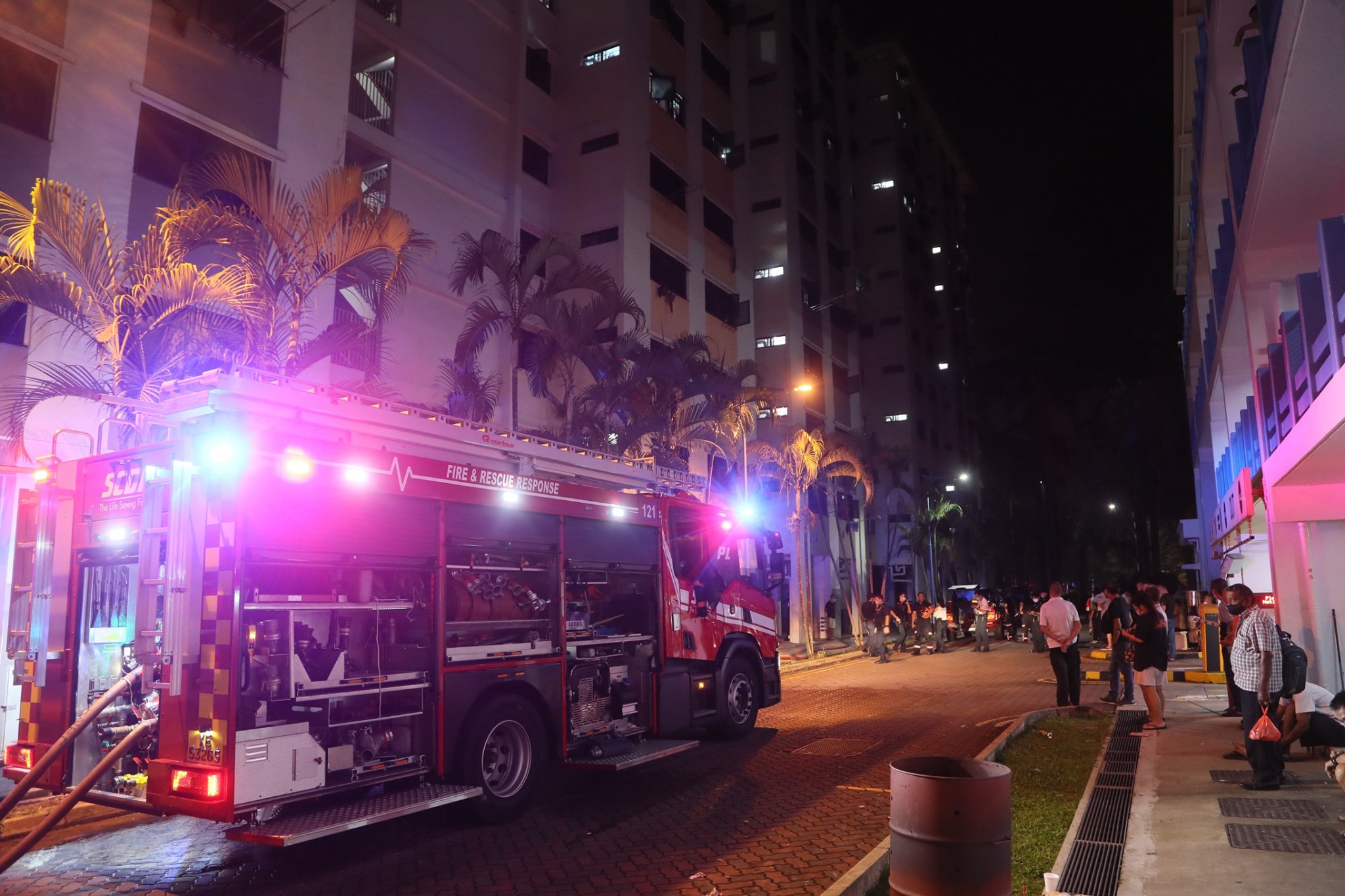 The fire involved numerous items placed along the common corridor, most of which had been burnt. 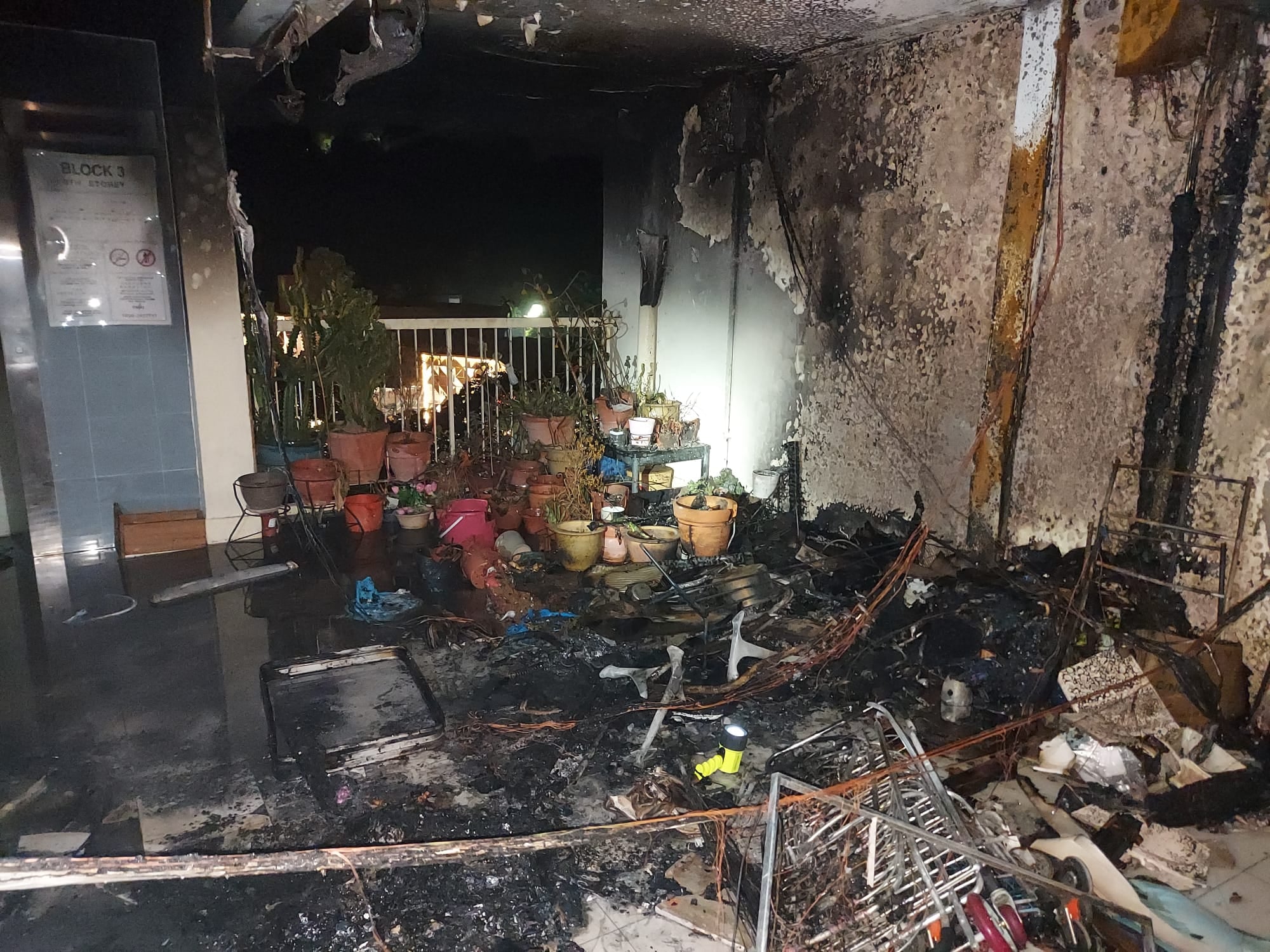 Upon arriving at the scene, firefighters extinguished the fire with a water jet.

Both SCDF and the police also had to evacuate over 100 residents from the 9th to 12th floors to ensure their safety.

Several residents had also evacuated on their own before SCDF arrived.

While 8 people had to be assessed for injuries, only 4 were conveyed to the Singapore General Hospital as the other 4 declined. 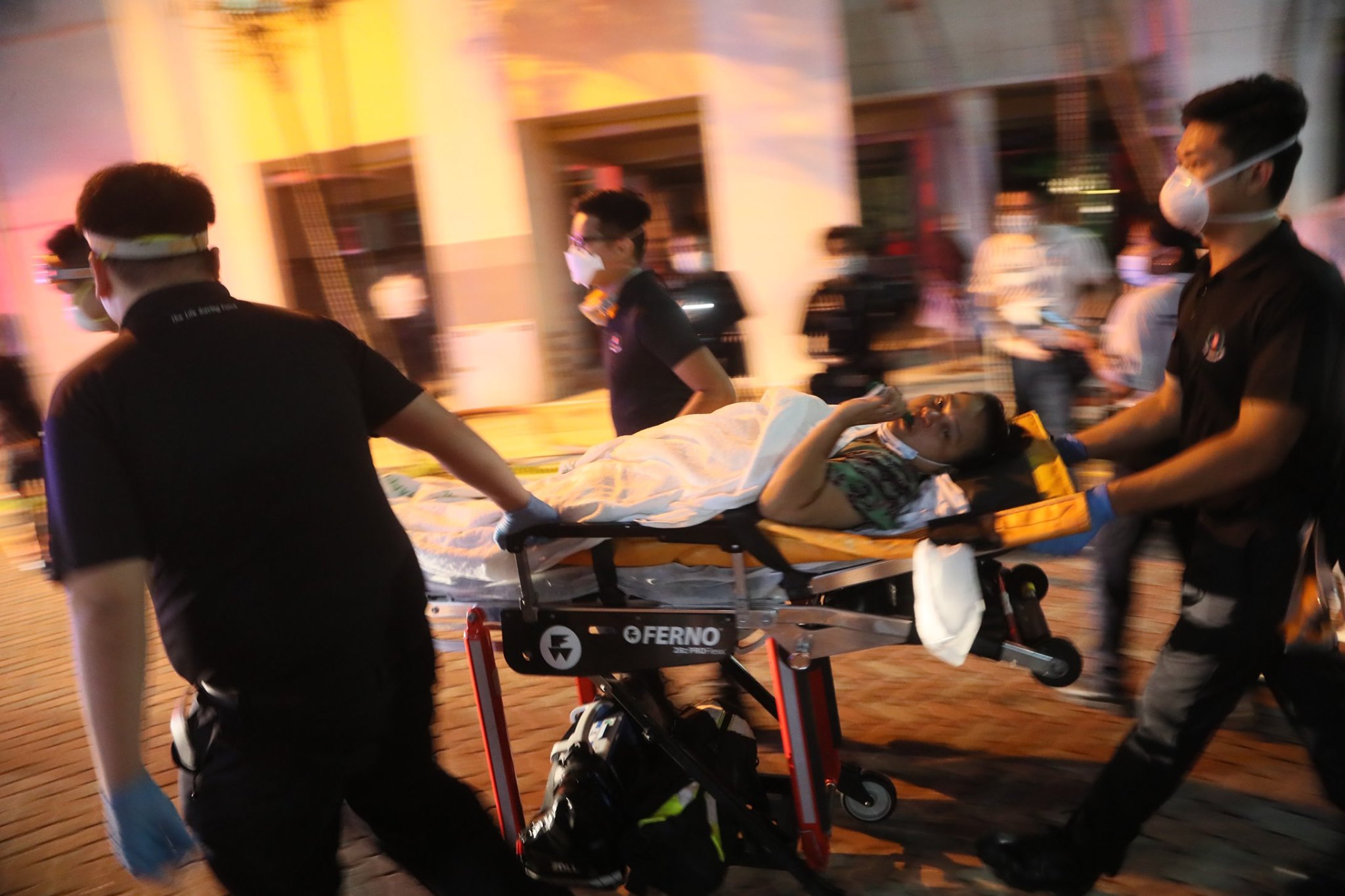 Among those evacuated, some were carrying their pet cats down while there were also some who ran down in a hurry. 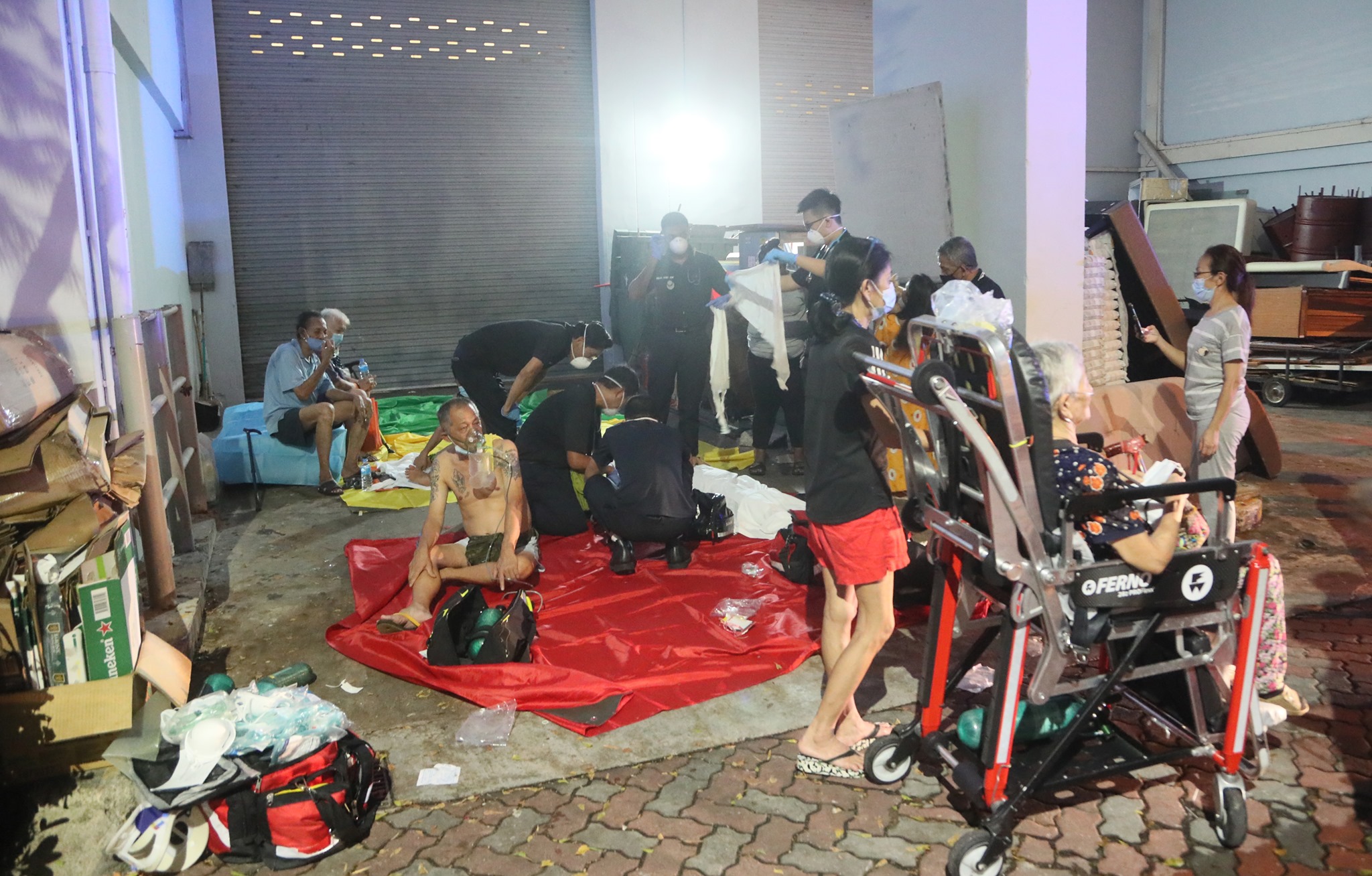 Cause of fire under investigation

At the time of writing, SCDF is still investigating the cause of the fire. 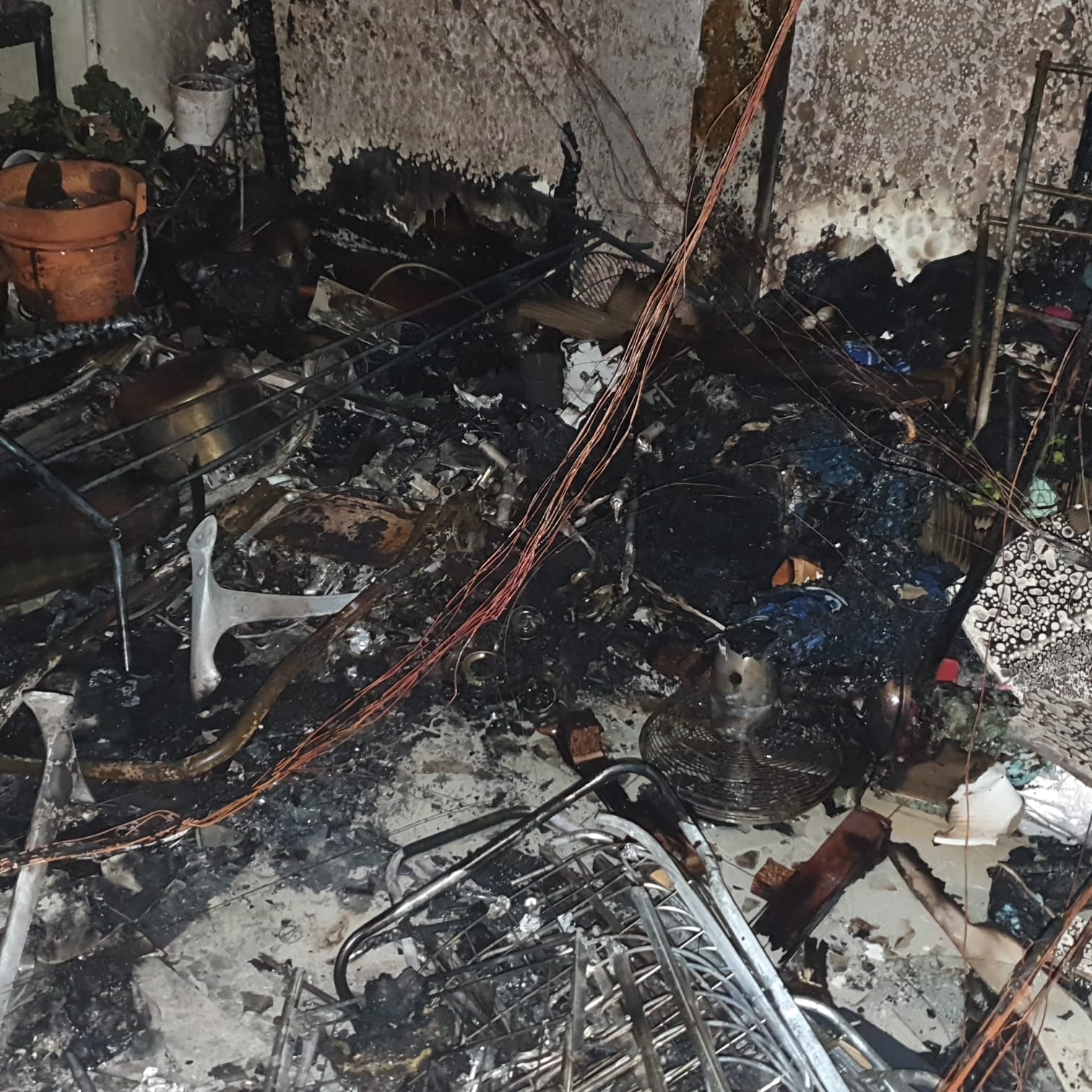 Once again, SCDF wants to remind members of the public to keep common spaces clear from any sort of clutter that could worsen a fire if one happens to break out. 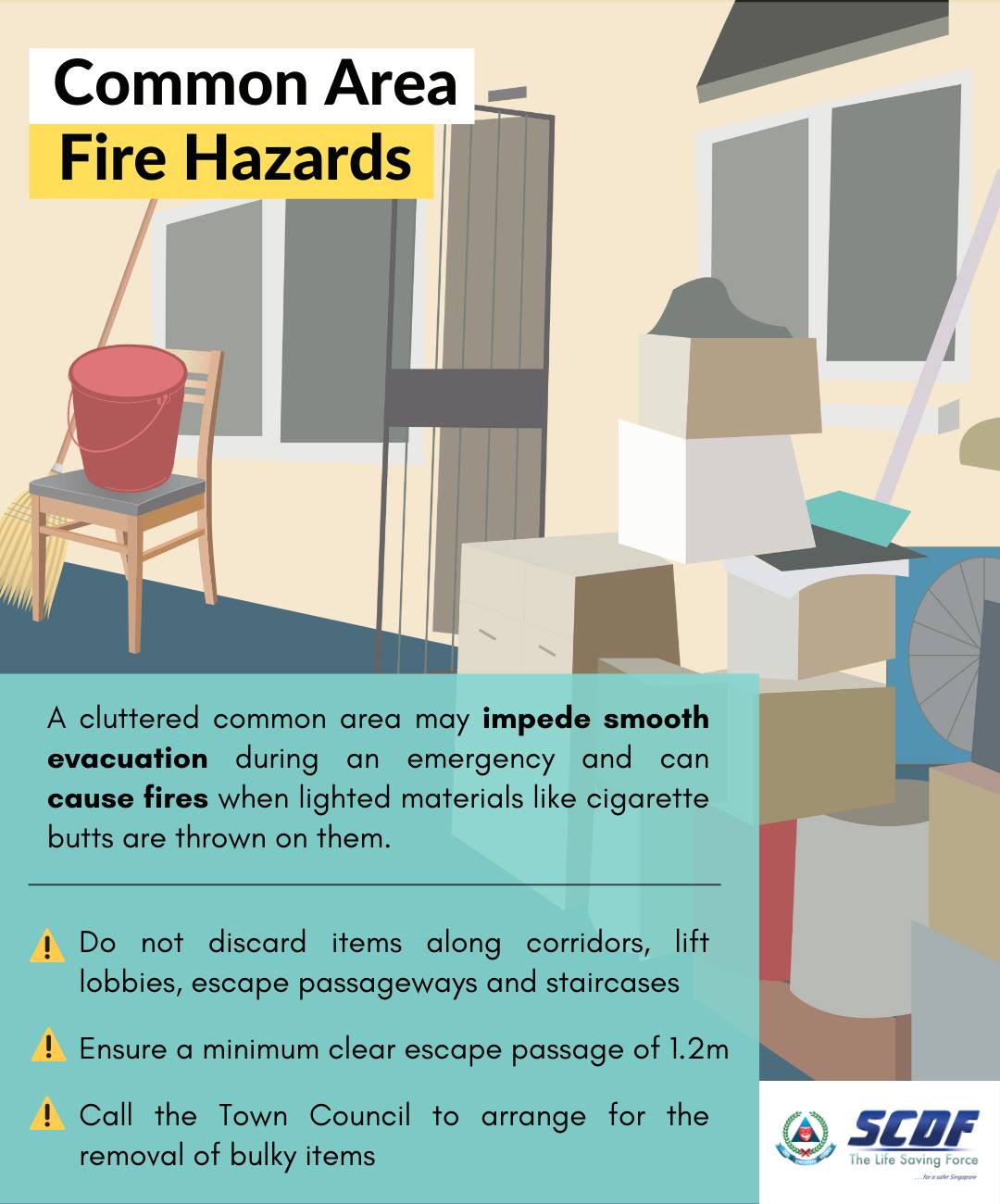 Such spaces include corridors, lift lobbies, escape passageways, and staircases.

A cluttered corridor could impede smooth evacuation during an emergency, which may risk residents’ lives.

Furthermore, it could also hamper fire-fighting efforts and conveyance of patients during a medical emergency.

Should anyone see a cluttered common area, you may call the Town Council to deal with the situation.

This should act as a reminder for all to keep common spaces clear of clutter.

While it might be convenient to place items outside our house, it could be dangerous should a fire breaks out.

Thankfully, no one was seriously injured from the fire. We hope those affected by the fire will have a speedy recovery.