Must Share News – Independent News For Singaporeans
Home Inspiration S’pore Florist Passes Away Due To Covid-19, Often Made Floral Arrangements For... 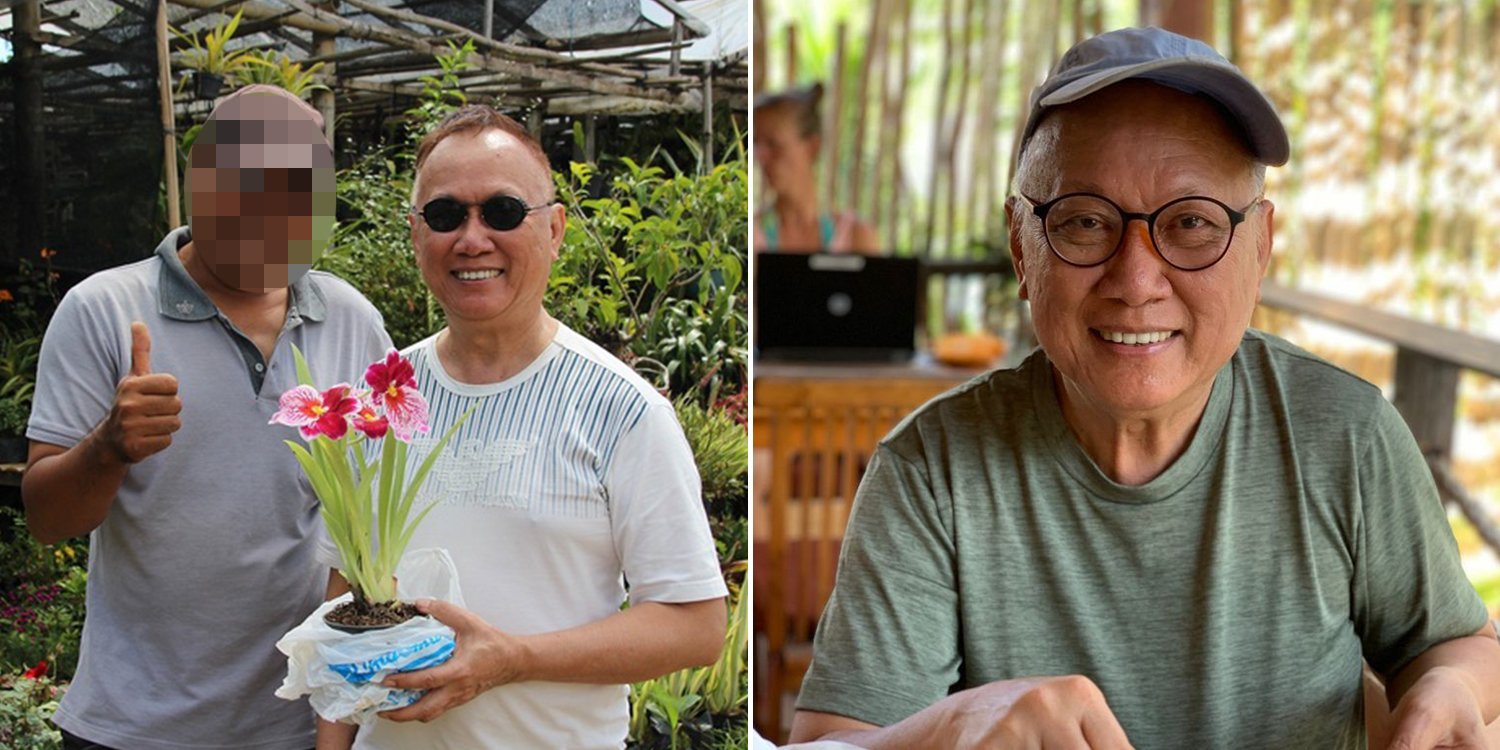 Being a florist is a rather niche profession in Singapore, requiring one to create new floral designs on a daily basis. Despite the challenge, some are still in the profession due to their passion for the craft.

One such person was Mr Michael Ong, one of Singapore’s pioneer florists known to many for his unique pieces.

Many have since stepped forward to share about their interactions with the late florist.

Florist passes away due to complications from Covid-19

According to The Straits Times, the 74-year-old passed away from Covid-19 complications last Saturday (2 Oct).

Mr Ong reportedly had high blood pressure and suffered a stroke in 2020. He recovered from the stroke and remained “mentally sharp and well”.

However, he fell ill on 1 Sep and told his family about it over dinner 2 days later.

Though his family initially suspected that it was an allergic reaction, they urged him to get tested for Covid-19 as a precaution.

His test returned positive on 4 Sep and was isolated at a hotel.

Despite appearing to feel better after several days, he was conveyed to Changi General Hospital (CGH) within a week.

Later, his condition took a turn for the worse and he was moved to ICU where he was placed on oxygen support.

Roughly a month later on 2 Oct, Mr Ong succumbed to Covid-19 complications and passed away at about 6pm. He was fully vaccinated.

Mr Ong founded Fleuridee at Shaw Centre in the 1970s and have dedicated 4 decades of his life to the craft, reports ST.

He was also an early adopter of ikebana — a Japanese floral art form for people to appreciate the beauty of nature. 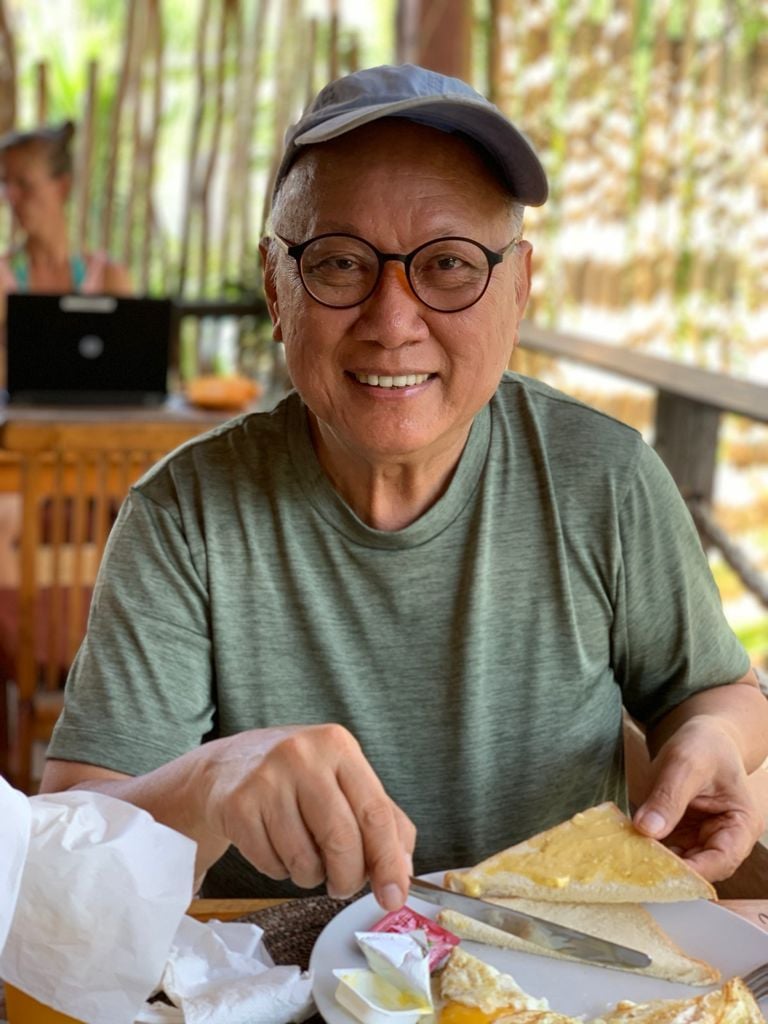 He also had a lifelong passion for all things botanical and often came up with unique floral arrangements.

Possibly due to his creative pieces, Mr Ong was the appointed florist for many visits by foreign dignitaries, reported ST.

Some of these visits were made by prominent figures like US presidents, the Sultan of Brunei, and Queen Elizabeth II from the UK.

Netizens thank florist for his efforts

Mr Ong’s family told ST that they will not be holding a wake as they did not want senior citizens to gather during the Covid-19 pandemic.

Hence, they put up a virtual memorial page for people to share fond memories they had with Mr Ong.

At the time of writing, the page has been visited nearly 2,000 times with several users posting their condolences and sharing their memories with Mr Ong.

Many admired Mr Ong’s passion for creative pursuits and said he will be dearly missed. Some also took the opportunity to reminisce the fun times they had with Mr Ong. 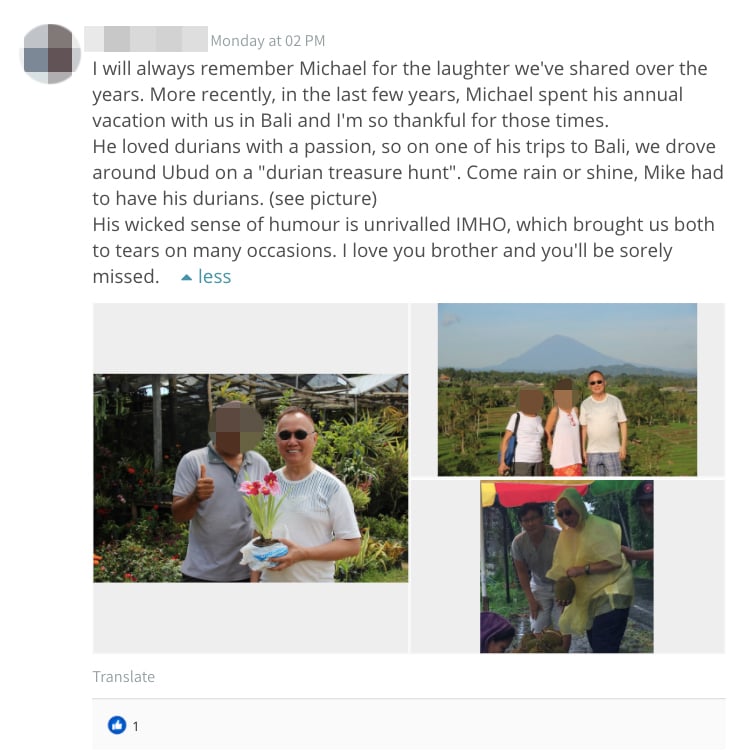 One lady shared about her spice-themed bridal bouquet that Mr Ong had created for her.

Here’s a picture of the quirky bouquet made of cabbage, ladies fingers, and chives. His legacy will live on through his contributions

MS News offers our condolences to Mr Ong’s family and friends. May he rest in peace.

Though he might no longer be around, his legacy will live on through his contributions to our floral arrangement scene and the beautiful memories other had of him.

Those who want to share the stories they had with Mr Ong may do so on his virtual memorial site.