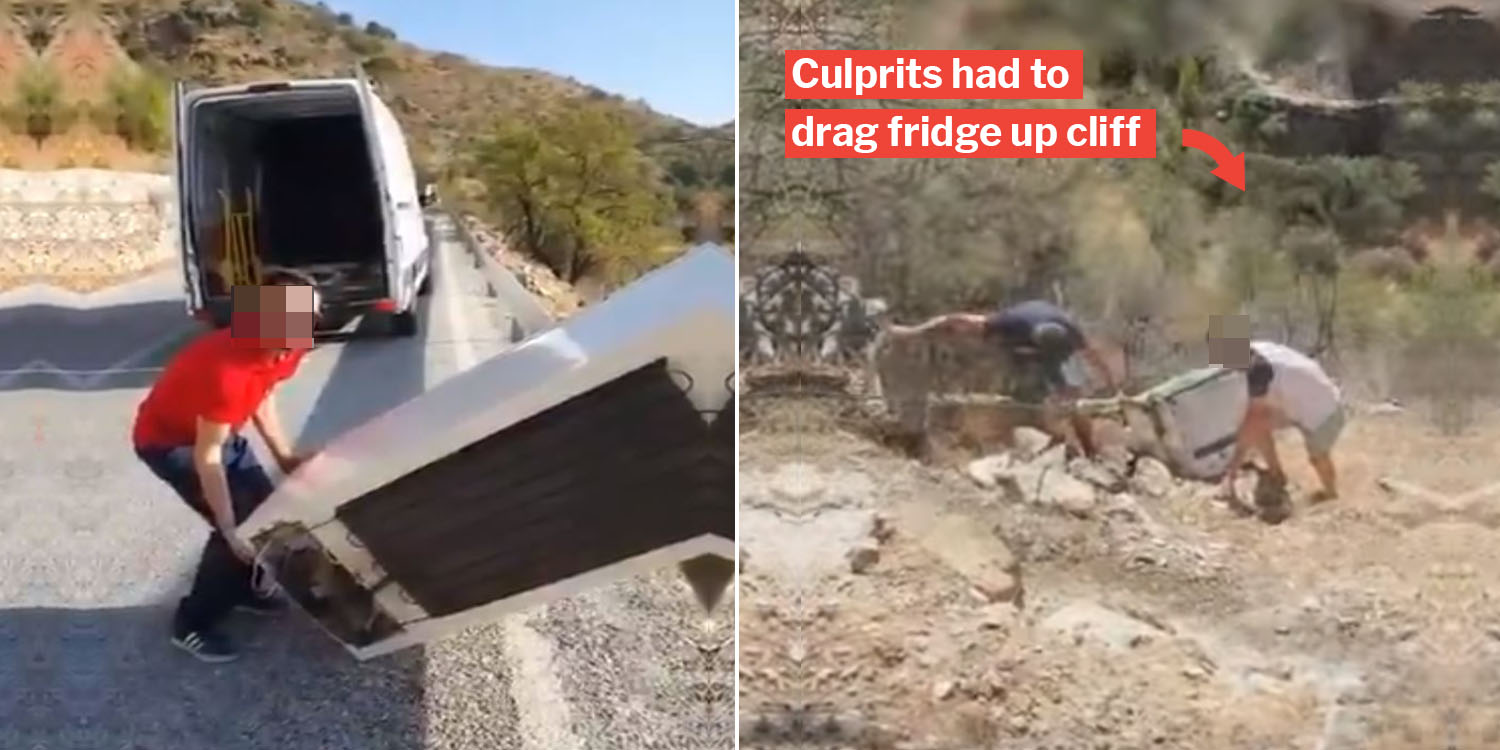 They say do whatever you want, just don’t get caught.

A man in Spain learnt this lesson the hard way after he tried to get away with throwing an entire refrigerator down a cliff, as a joke about ‘recycling’.

Thing is, he filmed himself performing the act and uploaded it on social media — revealing his car’s license plate number conspicuously in the entire 17-sec Twitter video.

The police located the culprits thanks to the license plate number swiftly. And promptly released an epic video in response. 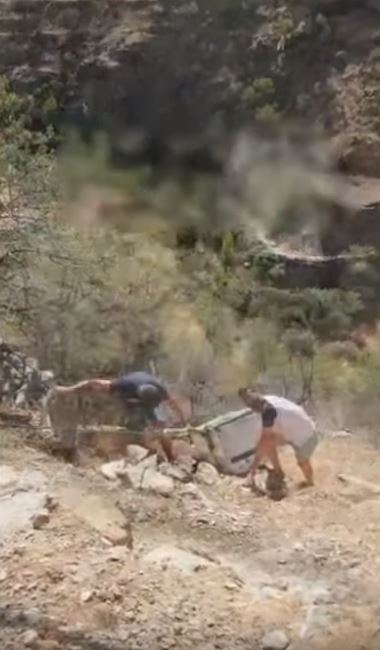 Two men mustering the strength to drag the same fridge back up, presumably as ‘punishment’ for their actions. Here’s the video in full.

The police are also considering if they will be fining him for committing an ‘environmental crime’.

Threw a fridge down a cliff for fun

In the viral Twitter video, which has already amassed 666,000 views in one day, a man in red faces the camera while dragging a fridge out of his vehicle boot. 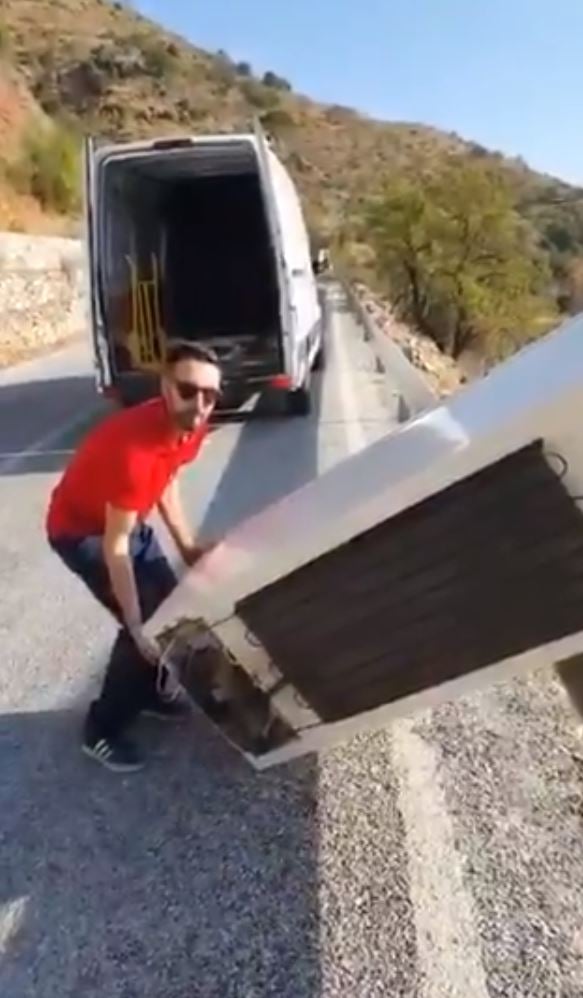 Someone off camera is heard saying, “Let’s recycle it.” as the duo banter back and forth about “how many flips” the fridge will accumulate before it reaches the bottom.

Next, the fridge is flung off the edge of the cliff and is seen tumbling down swiftly, to their raucous laughter. The man in red then approaches his vehicle to close the door, and they presumably drive off after completing their deed.

Completely forgetting that his vehicle’s license plate number is in clear view of the camera.

If you’re wondering why the man decided to throw a fridge down into the ravine in Almeria, Southeast Spain, it was part of a joke about ‘recycling’ the refrigerator.

To add more context to the issue, it’s not the first time this act has been committed.

Fly-tipping, is the official name of social media stunt this man was trying to pull off.

Other instances of people throwing washing machines down cliffs in the vicinity, were cited by police.

While these individuals perform these acts for fun, the consequences do seem pretty serious.

The man involved in throwing the fridge down will now face a possible fine for committing a crime against the environment, reports CNN.

Another man and his employer caught throwing a washing machine down a ravine in the vicinity are being investigated for improper disposal, said the police in a follow-up tweet on 2 Aug. 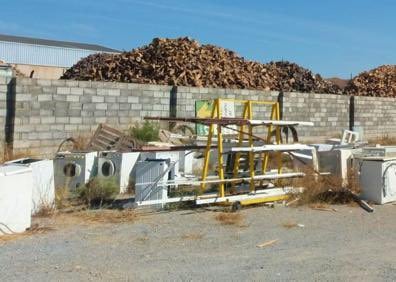 Carry the full weight of your actions

We’re glad that the Spanish police found a creative way to drive home the message to the culprits that it’s important to take full responsibility for your actions.

Hopefully, the lesson stays with us here too in Singapore, where killer litter laws are extremely strict — a maximum jail term of 5 years, a fine, or both.

So if you feel like flinging your fridge down your HDB flat, please just don’t.

When to actually call polis:

S’poreans Will Call Polis For Anything, Like Water Leaks & Neighbour’s Dripping Laundry