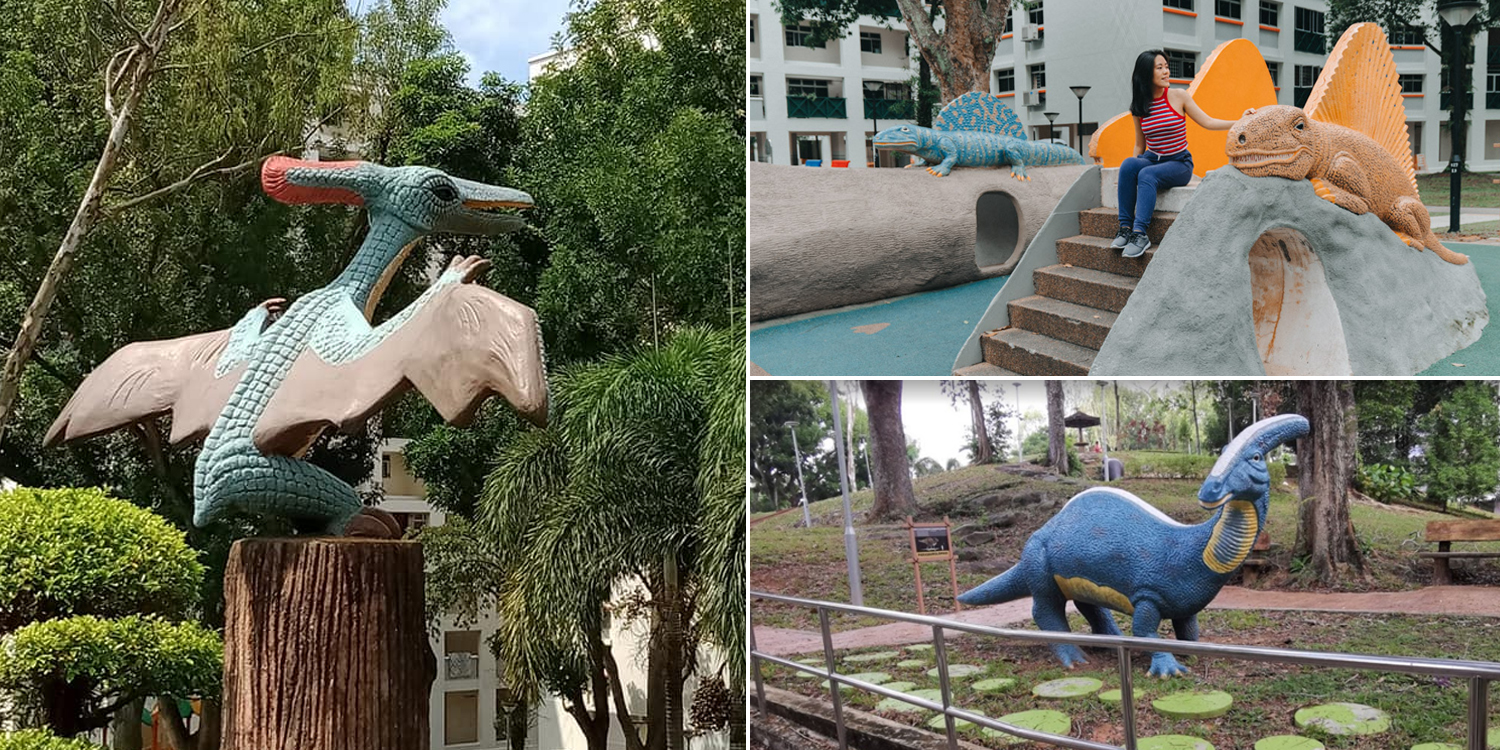 The dinosaurs have been there since 1997.

Fu Shan Garden At Woodlands Has Interactive Dinosaur Displays Since 1997

With leisure overseas trips impossible to go on, the new Jurassic Mile at Changi has become a popular destination for Singaporeans over the past week. 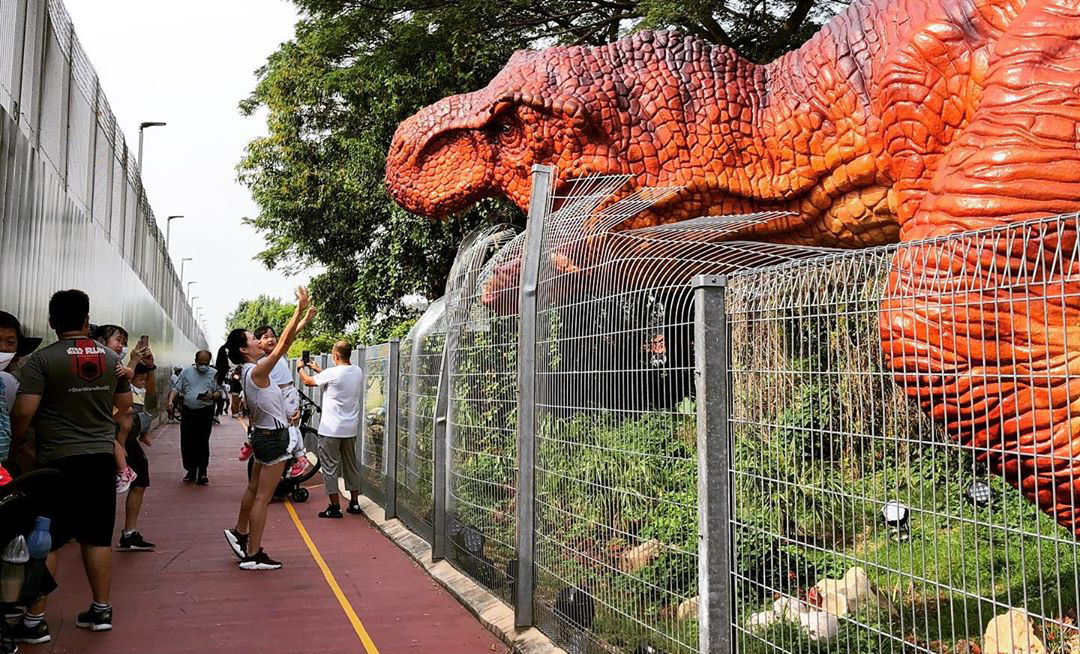 Though the life-size dinosaur displays are no doubt nice to marvel at, there exists another park with such dinosaur sculptures since 1997.

Fu Shan Garden, located in Woodlands, is home to an array of interactive dinosaurs installations since more than 2 decades ago, making it the OG Jurassic Park in Singapore.

Though nowhere as realistic as the statues at Changi Jurassic Mile, the sculptures at the Woodlands playground looks more interactive. 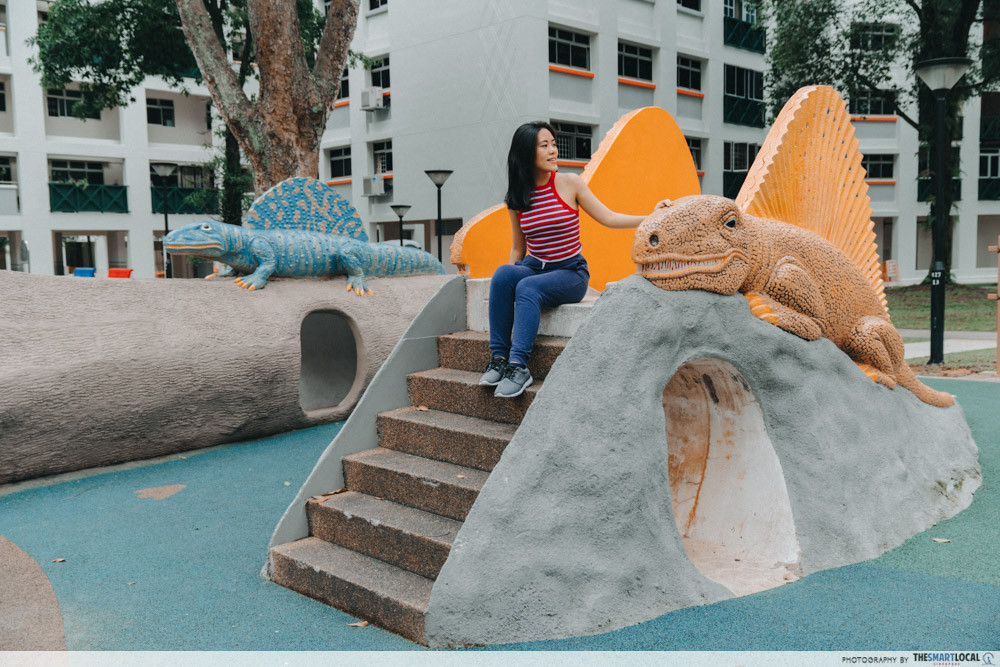 These dimetrodon installations allow kids to ascend on its back before sliding off. More recently, the OG dinosaurs at Fu Shan Garden were introduced to new ‘friends’, including a stegosaurus with a hollow belly that serves as a great hiding spot. 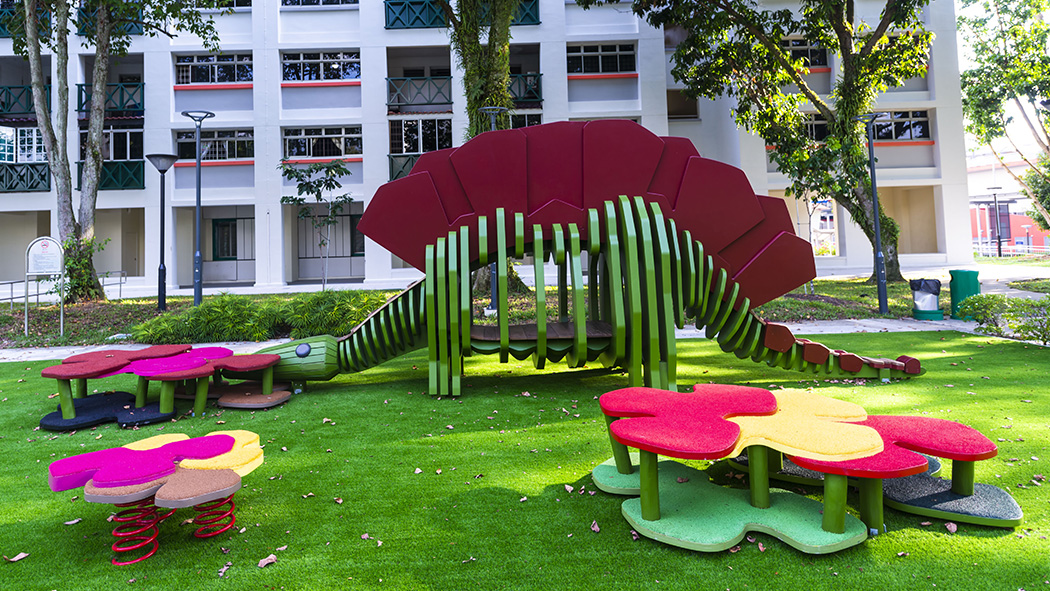 You can also hide in the ‘belly’ of this smaller triceratops structure. 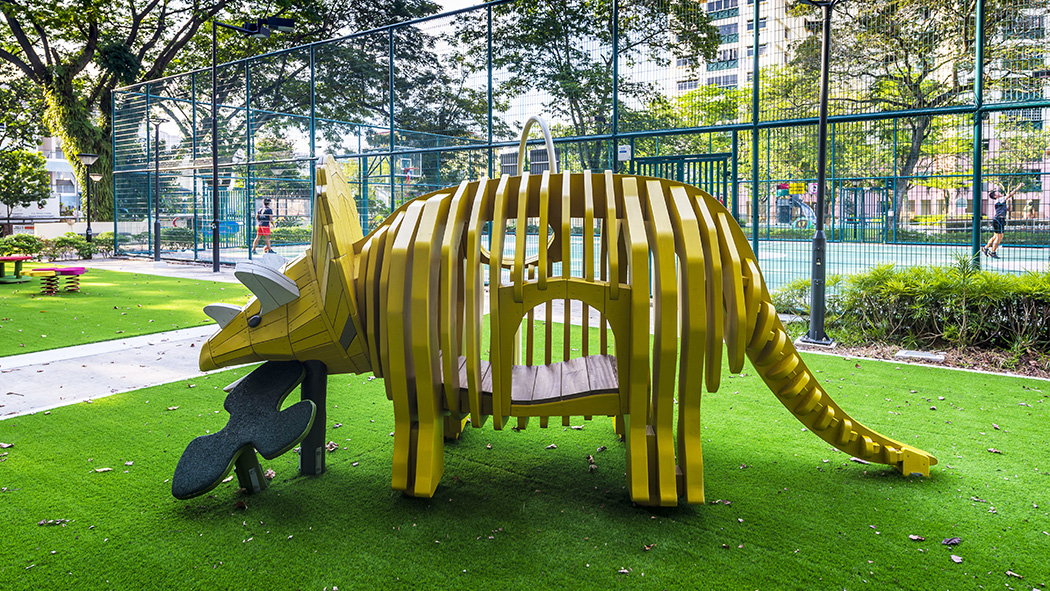 Nearby, flower installations with springs serve as balance boards. 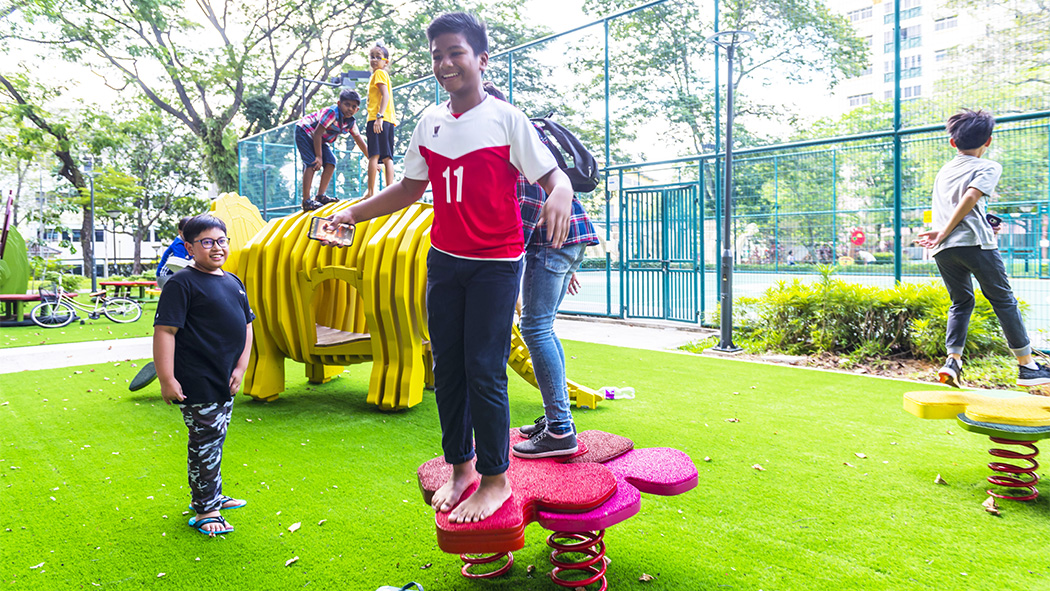 T-Rex lurks in the grass

Besides the interactive installations, other dinosaurs in the vicinity also add to the Jurassic Park vibes.

This mini tyrannosaurus rex, for example, lurks behind the grass, waiting for the opportune time to feed on its prey. 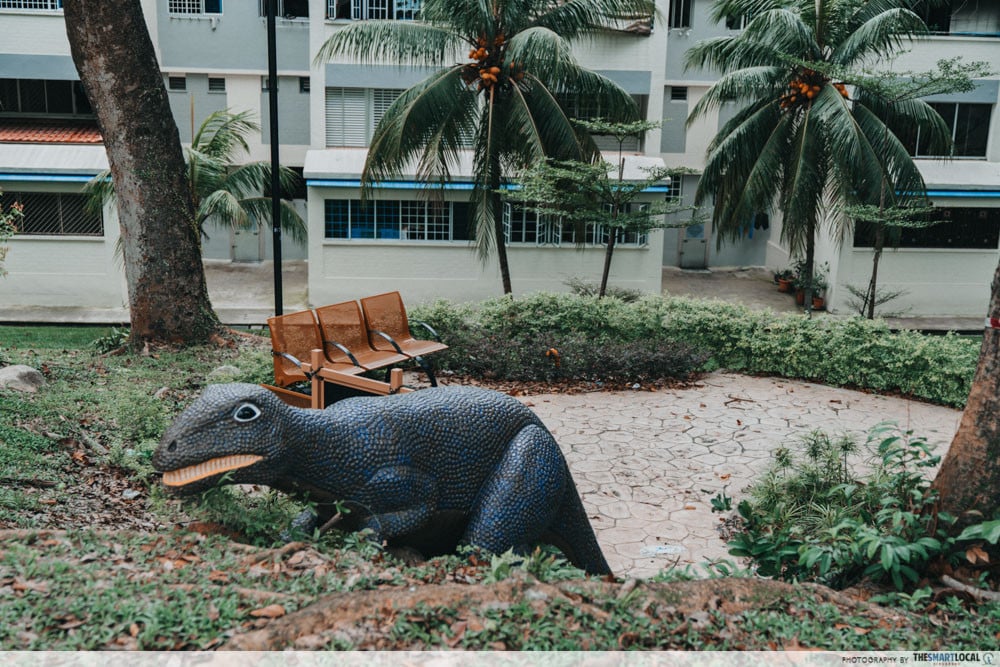 Nearby, a gargoyle-like pteranodon perched atop a log watches over its fellow prehistoric pals. 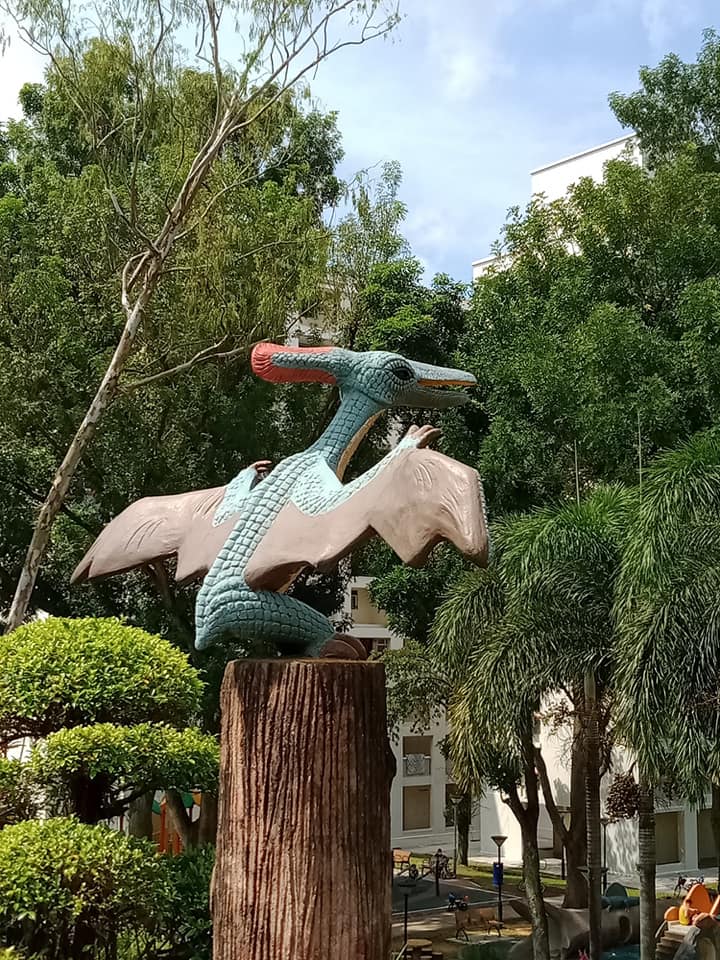 Fu Shan Garden first received a Jurassic ‘touchup’ back in 1997 thanks to installations designed by Hong Hai Arts.

The dimetrodon slide was among the first batch of dinosaur statues to ‘move in’ more than 20 years ago, making it one of the oldest ‘residents’ in the garden. 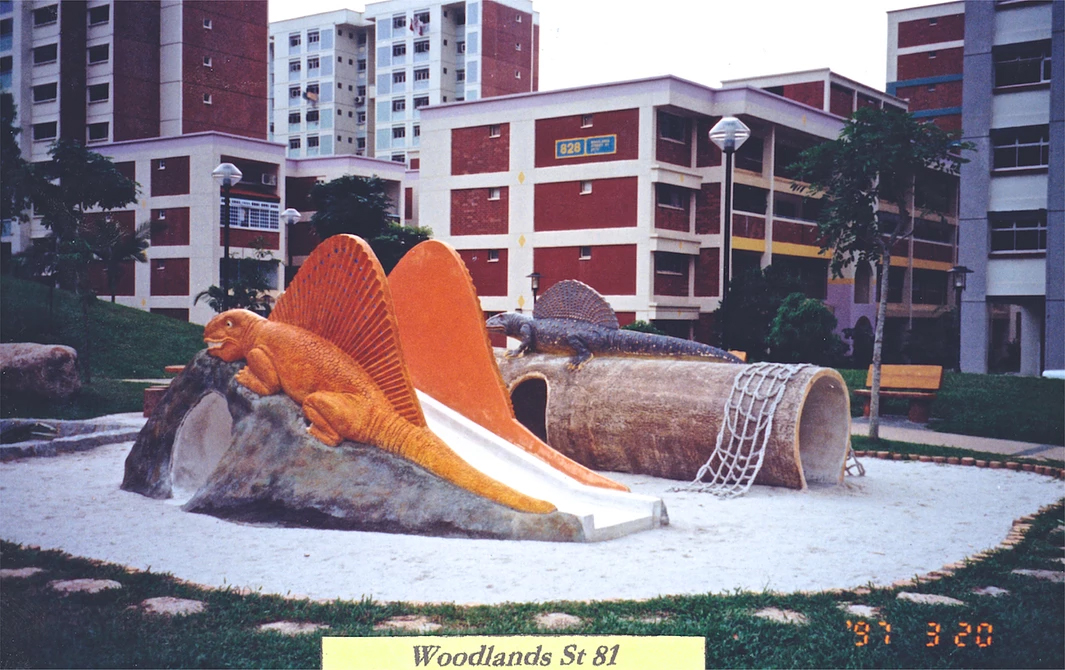 Most Woodlands residents who once played at the playground may have moved on to adulthood, but many of the early installations still remain there today. 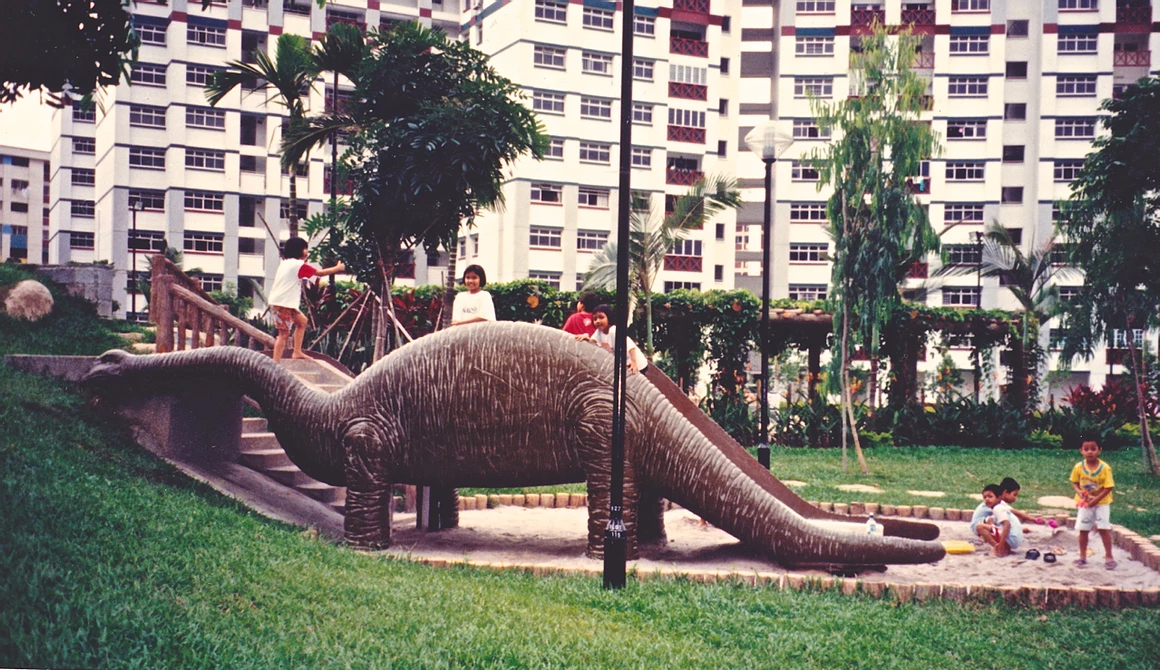 If you’d like to check out the playground, here’s how to get there.

Alternative to Jurassic Mile in the North

Though Jurassic Mile at Changi is no doubt a wonderful attraction to revitalise the Changi area, its ‘OG’ counterpart at Woodlands is a great alternative for those living in the North.

The garden is also a nice place for those who spent their childhood there to reminisce about  carefree times.

Used to spend your younger days playing at Singapore’s OG Jurassic Park? Tag your childhood friends in the comments and plan a catchup session soon.