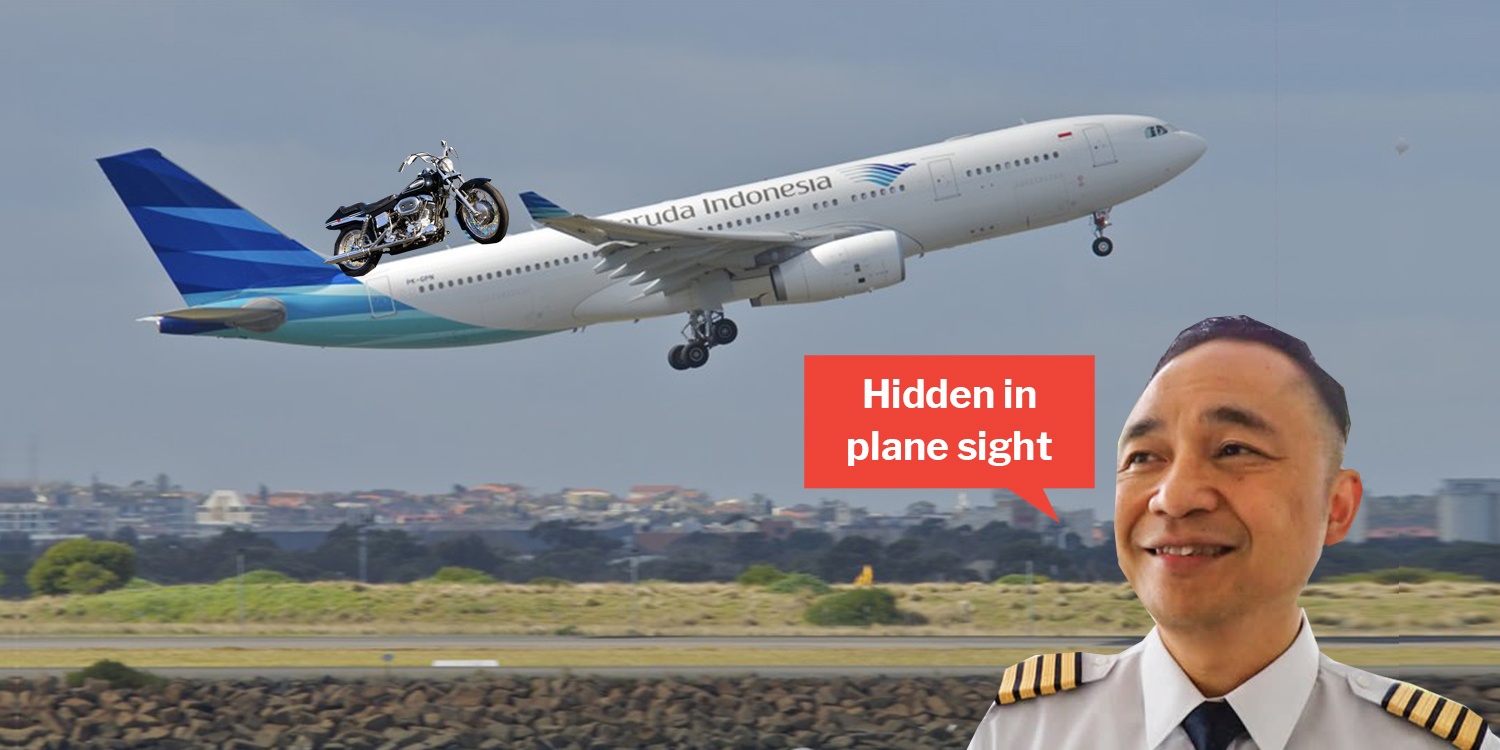 How far would you go to evade customs at taxes for your shopping?

Garuda Airlines’ Chief Executive Officer (CEO) found that smuggling doesn’t pay the hard way — losing his job after getting caught for hiding his Harley-Davidson motorbike on a domestic Airbus plane.

His ill-fated smuggling attempt now serves to caution us against being penny wise and pound foolish.

Mr Ari added 2 more pricey items to his shopping haul that went undeclared on his trip. Here’s what else he bought:

A Brompton Bike goes for a hefty starting price of S$1,611 on their website, but Mr Ari allegedly bought 2 “high-end” folding models.

Tried to smuggle 2 bicycles & a Harley on Airbus

Mr Ari’s motorcycle was transported in dismantled parts, and his alleged shopping haul was packed away in close to 20 boxes in total — without any customs declarations.

He then tried to smuggle his purchases back home on a newly bought Airbus plane from Toulouse, France — which he flew alongside 21 other people to Soekarno-Hatta International Airport in Indonesia.

When the plane landed on Sunday (1 Dec), Mr Ari’s secret was uncovered as there was “no cargo listed”, reports The Straits Times.

Garuda’s CEO had also allegedly planned this purchase a year ago, having asked his employees in Europe to source for a Harley for him.

As this is now a criminal tax evasion case, the government will now examine the evidence carefully for other possible players.

Declare your luxury goods at customs

Though most of us can’t afford to shell out thousands of dollars on shopping sprees like Mr Ari, it’s still better to abide by the laws of the land.

Especially since people who aspire to buy luxury items regularly, should be able to afford the duties as well.