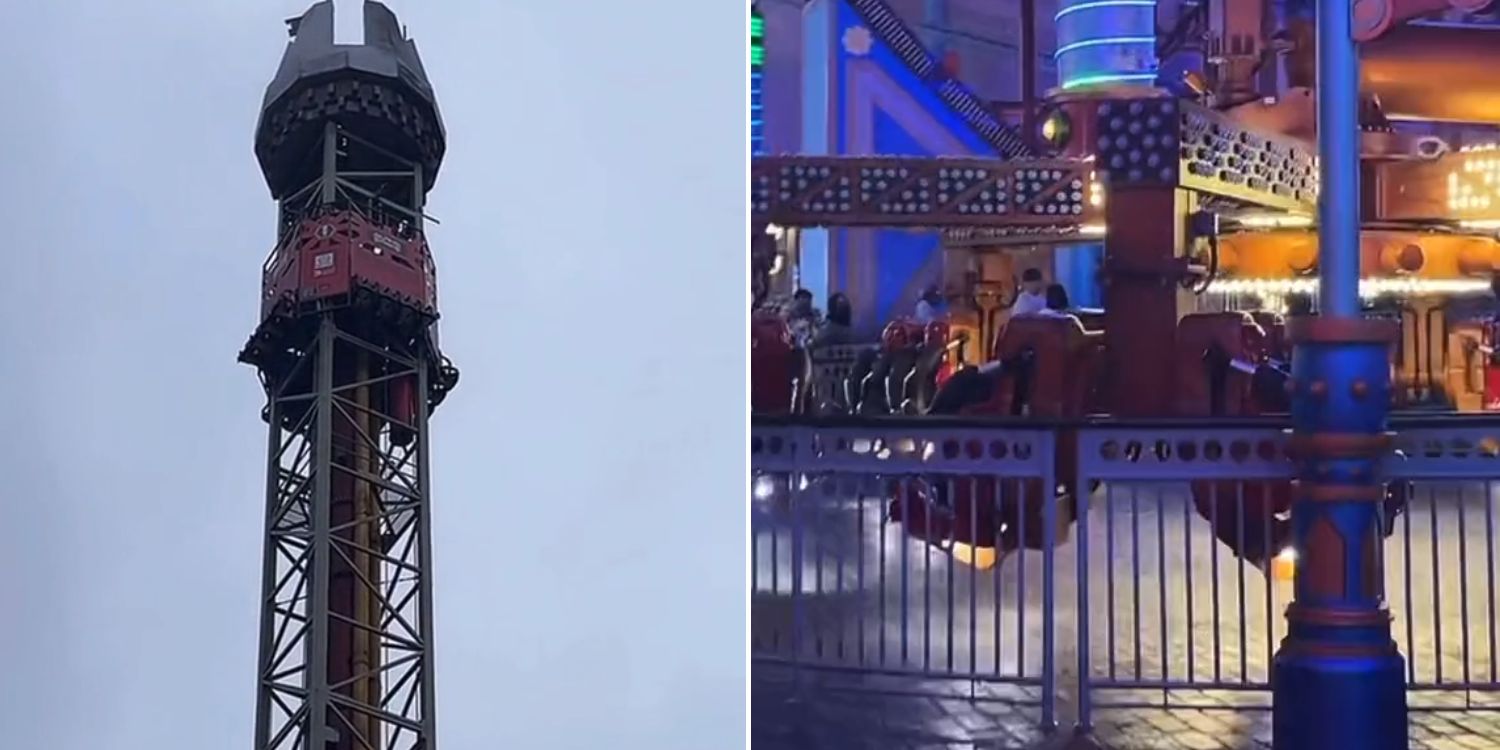 Theme parks are a must-go for any thrill-seeker on holiday. Enter Genting Highlands.

Loved by Singaporeans for its chilly weather, the tourist spot has undergone quite a transformation recently, with a revamp of its amenities.

Part of the revamp is the numerous new-look theme parks. Despite warnings from her friends, this woman tried her luck at getting on the rides and was sorely disappointed with the offerings.

After making the trek up, she discovered most rides were closed. Though there were over 40 rides, she only managed to sit on four, with long wait times for each.

On 2 Oct, TikTok user @iffart__ shared a video showing the contrast between her expectations and reality at the theme parks in Genting Highlands.

Expectations vs reality of Genting Highland theme parks! Hahaha worth the money? Nope! 🙂

The short clip started with excitement, with an aerial view of the theme park, showcasing some really interesting rides.

However, the footage quickly cut to various rides, with warning signs in front of doors and empty rides.

In a longer video, the OP went into more detail about her experience at the theme park.

Replying to @🇸🇬grabfood tudung ambassador you guys can watch my vlog for the themepark for more!🤪It was fun! But not worth the price at this season 🙂

Even though she was clearly in a cheery mood at the start of the video, she understandably began to grow frustrated as she discovered that most of the rides were closed.

At one of the rare rides that were opened, she queued for quite a while, only to have the ride close even before she could get on.

Despondent, she managed to find another ride with a 90-minute waiting time and queued for it in high hopes.

However, lady luck was not on her side as the rain started pouring, halting all rides at the outdoor theme park.

Replying to @🇸🇬grabfood tudung ambassador so disappointing coz I thought the indoor themepark would be different than their outdoor HAHA :’) but nonetheless we had LOTS of fun for tht 1 ride😍😍❤️❤️

The indoor theme park was no different as the OP mentioned that most of the rides are for kids, with many adult-friendly rides closed off to parkgoers.

In total, she managed to only get on four of the 40 advertised rides.

After paying approximately S$46 (RM151), the OP said it was “definitely not worth her money”.

While netizens sympathised with her, others were worried that their travel plans might go south in the upcoming holidays.

However, one netizen pointed out that the theme park may still be in the “soft opening phase”  as rides are getting tested.

Another commenter said they visited the theme park in early Sep and managed to get on most of the rides, despite the large crowds.

Whatever the truth may be,  it seems that most comments leaned towards parkgoers having a terrible experience.

Now that we’re in Oct, it’s only natural that we start planning for the holidays that are on the horizon.

If Genting Highland’s theme parks have not fixed themselves up by then, perhaps it would be wise to also have a backup plan.

But if you don’t mind the long waiting times, you can always head down and revel in the cold weather.