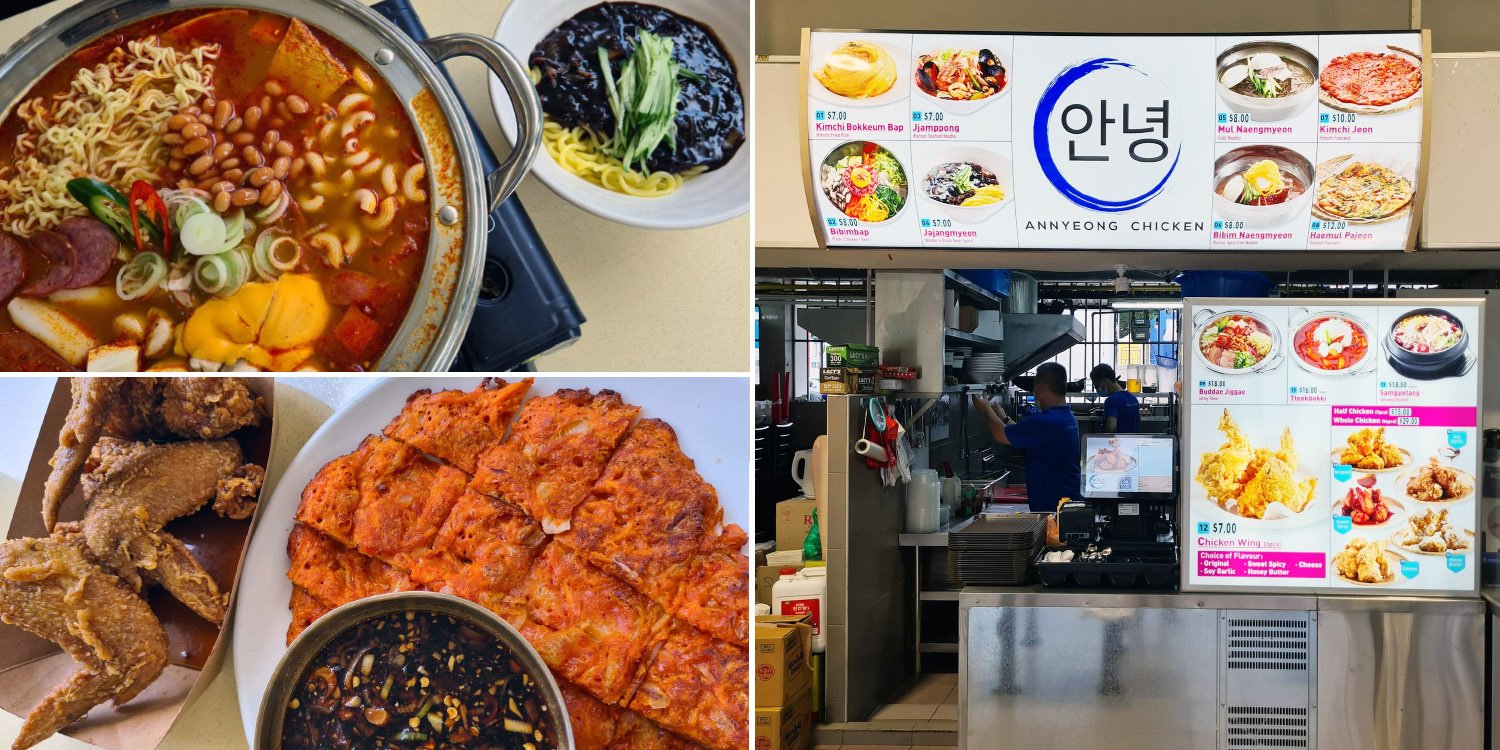 Dishes made by Korean chef.

K-drama fans will know the feeling of tuning into an episode and craving all the Korean delicacies they see on screen— whether it’s a hearty army stew or a bite of tteokbokki.

But if you’ve ever wanted to try these treats close to home, we’ve found a hawker stall with a Korean chef that can get it done for you.

On Monday (27 Dec), a netizen praised a hawker stall named Annyeong Chicken for its quality food and fresh stews, offered at affordable prices. The Facebook post has garnered more than 1,900 shares at the time of writing. 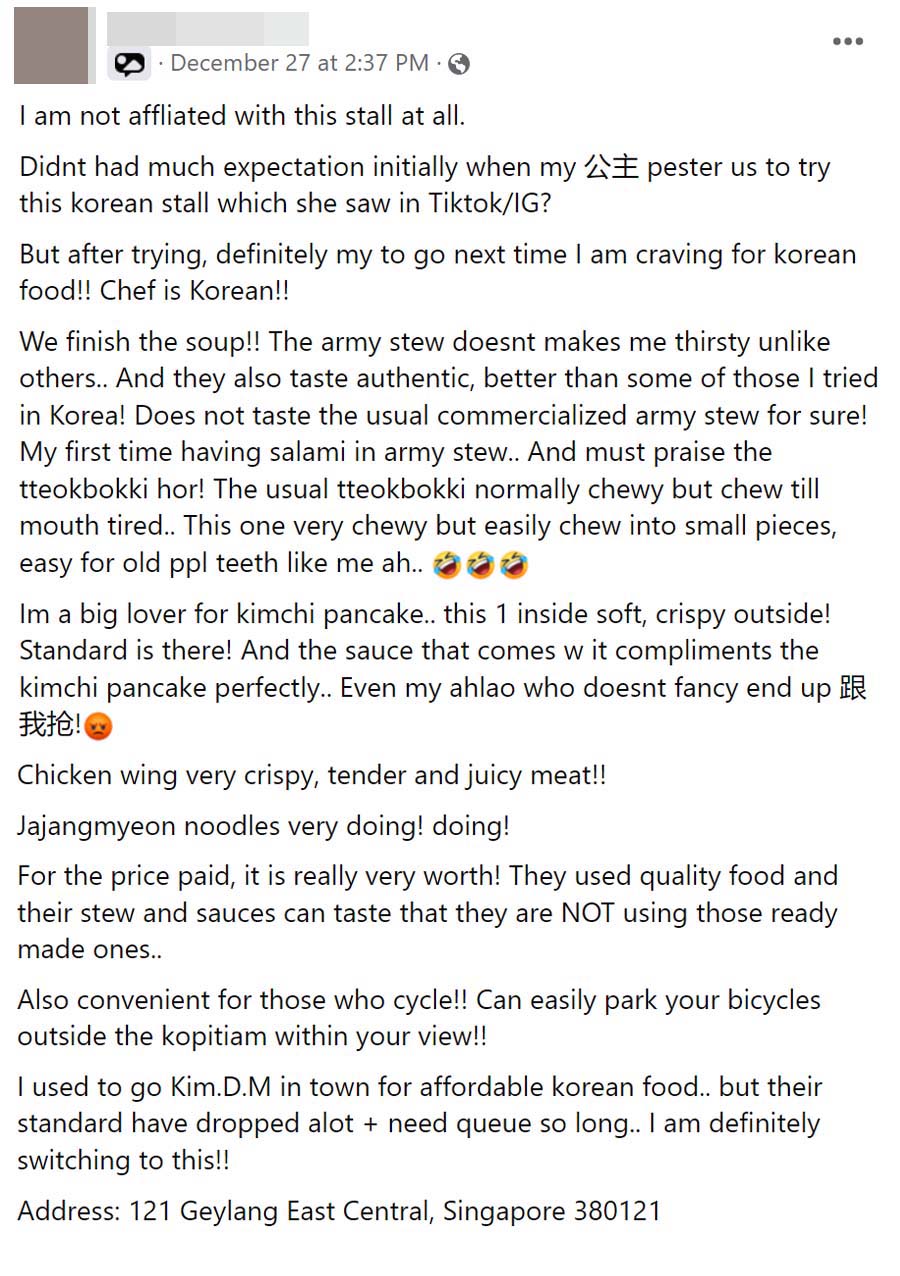 Now, here’s where you can go after a K-drama binge-watching session.

Located in Geylang East Central, Annyeong Chicken boasts authentic Korean dishes made by a Korean chef. Thanks to this heartland gem, those who want to try a mouthwatering army stew or jajangmyeon need not fly to Seoul. 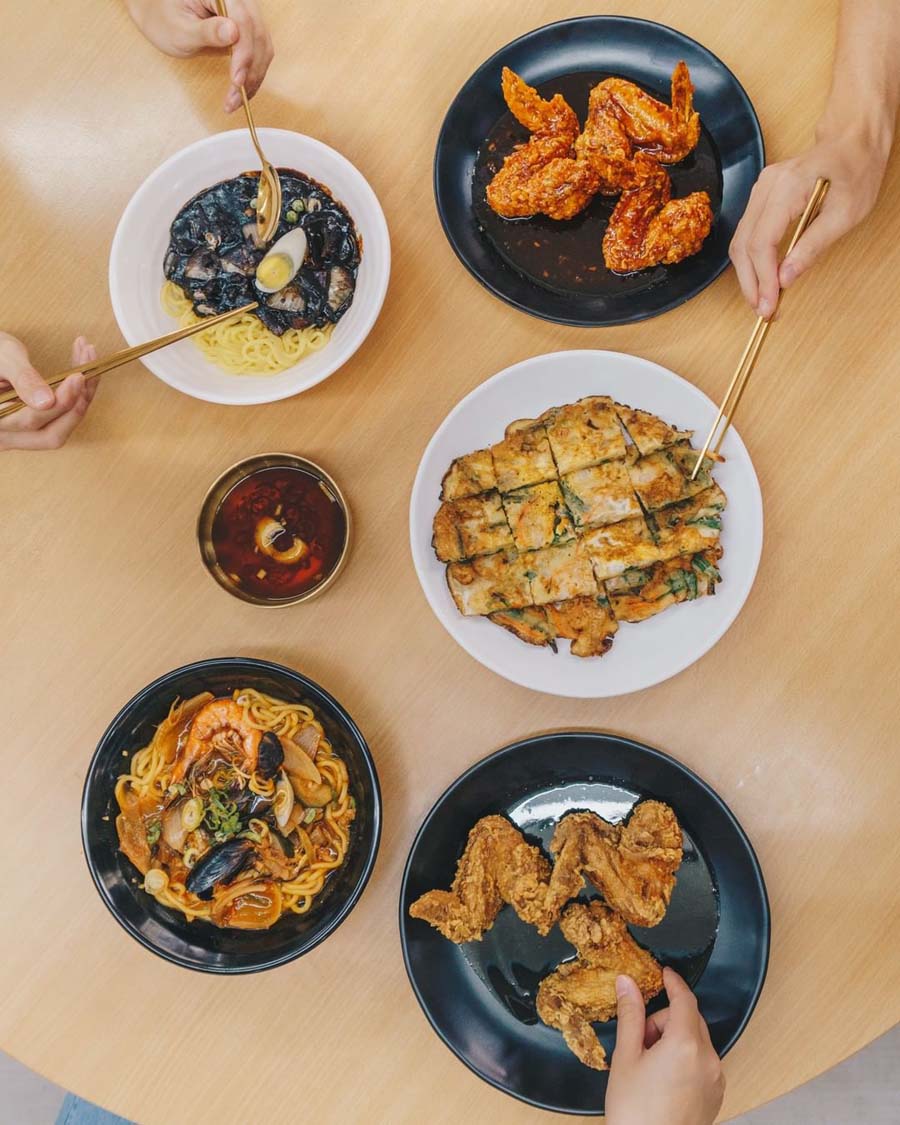 At $6.90, their army stew has a genuine flavour that’s not too spicy. You’ll find ham, luncheon meat, scallions, zucchini, and baked beans. Better invite your friends because we don’t think you’ll be able to finish it all on your lonesome. 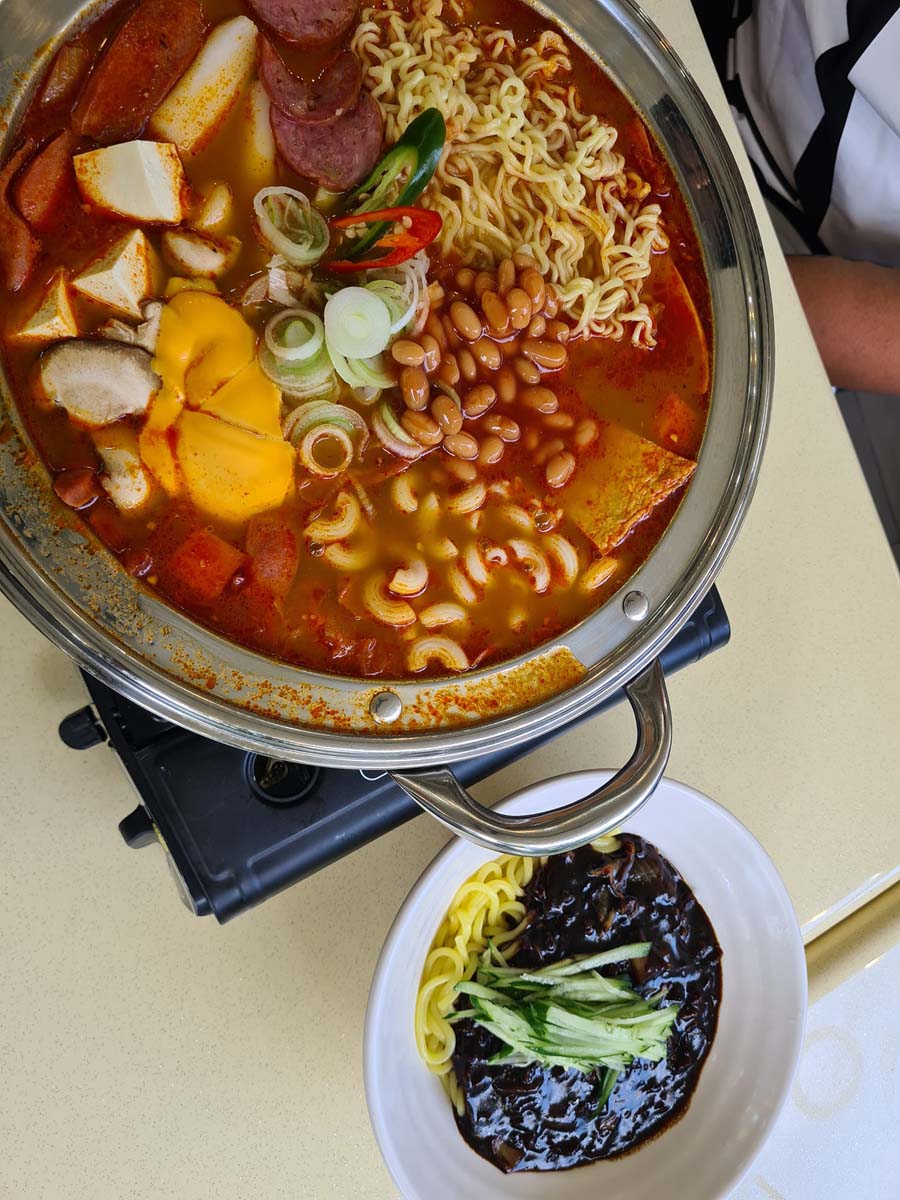 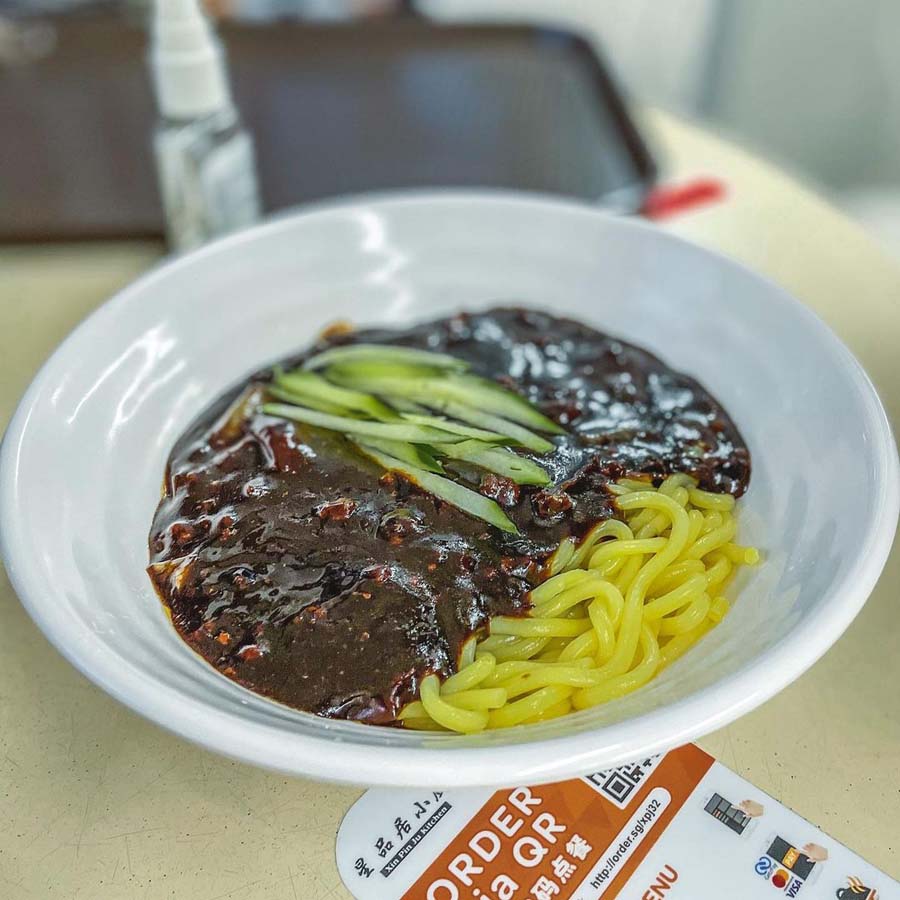 The black bean sauce is made with chunjang (black bean paste), vegetables, diced meat, and caramelised onions, which can satiate your hunger for just $7. 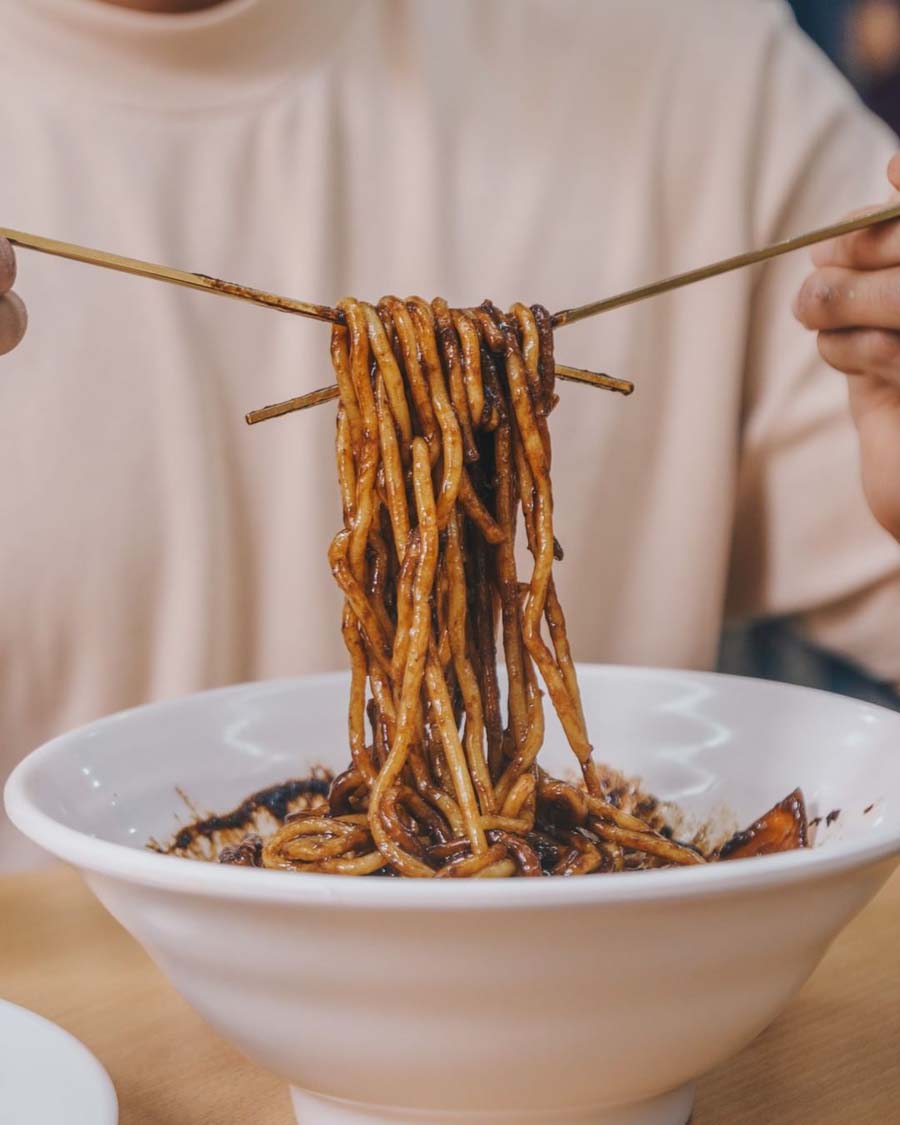 Since watching Korean films, kimchi has likely become one of our must-eat veggies. And if you’re tired of the store-bought version, you can try their kimchi pancakes for $10. 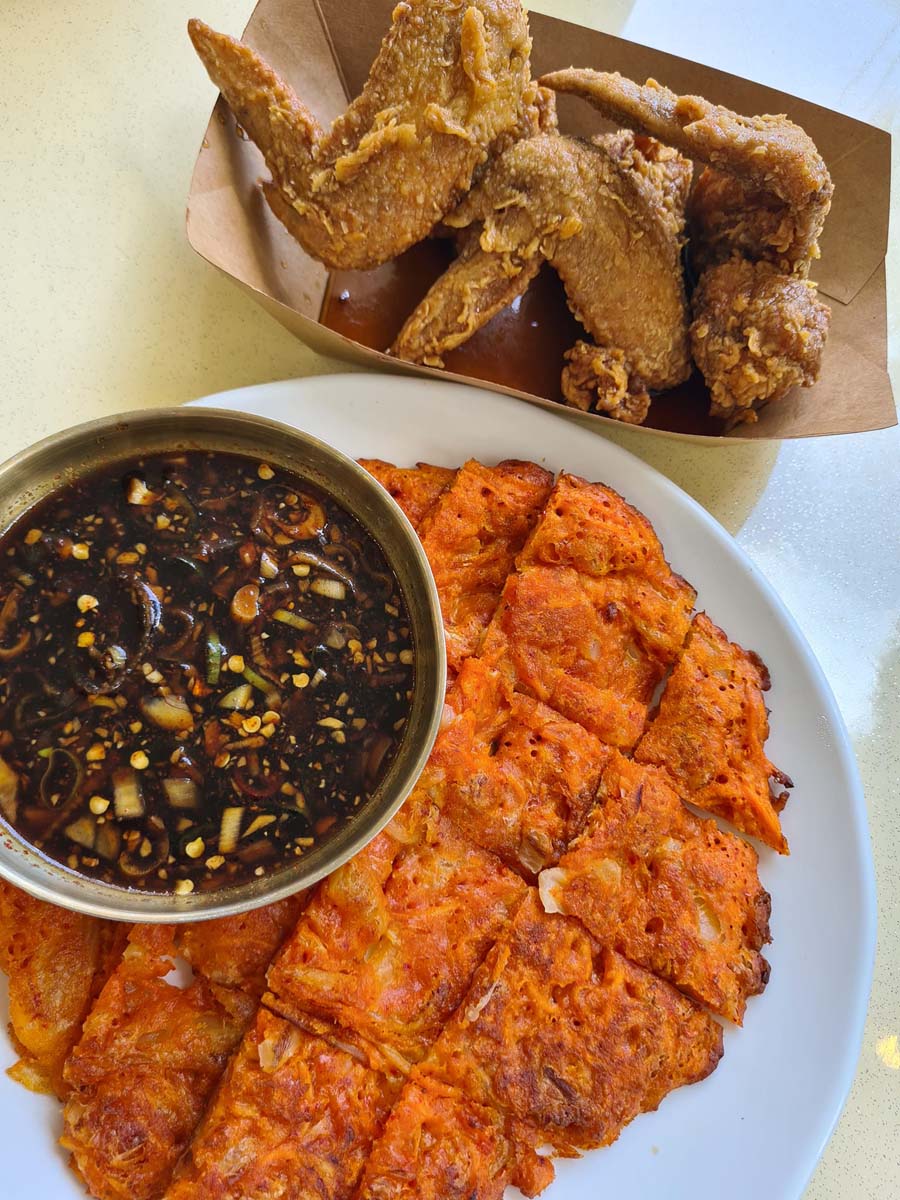 Thanks to the hawker stall’s dishes, munching on addictively crunchy Korean fried chicken is now a reality. 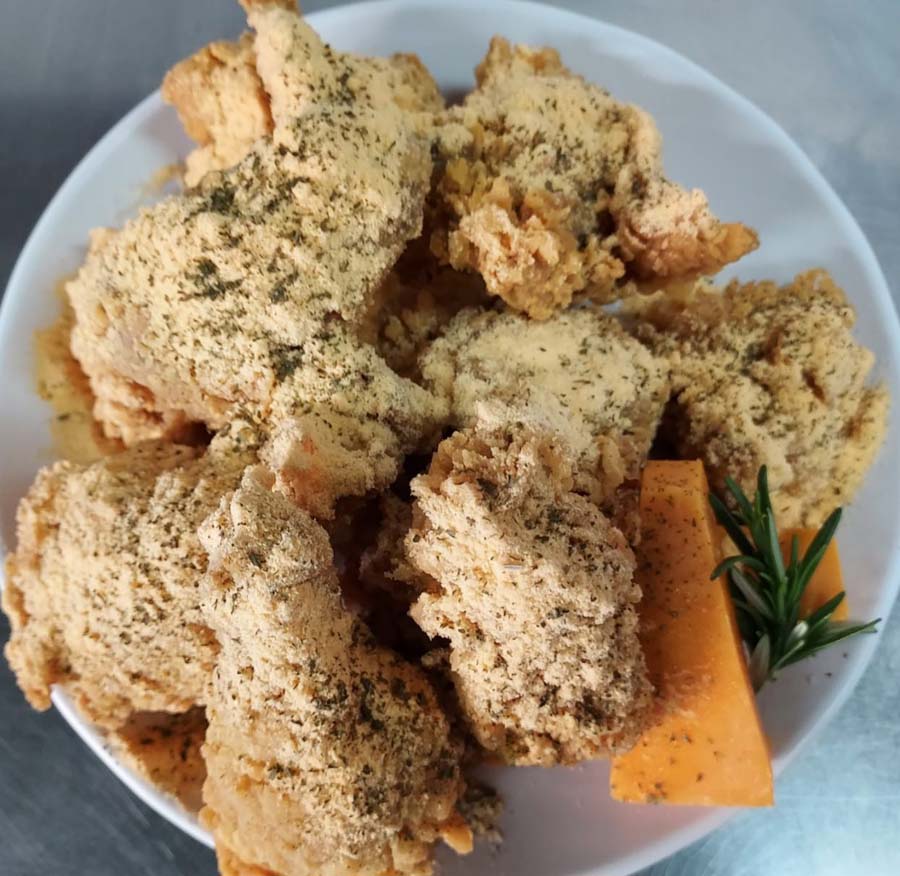 According to the menu, you can get 14 pieces of fried chicken (half chicken) at $14. Meanwhile, one whole fried chicken costs $27. 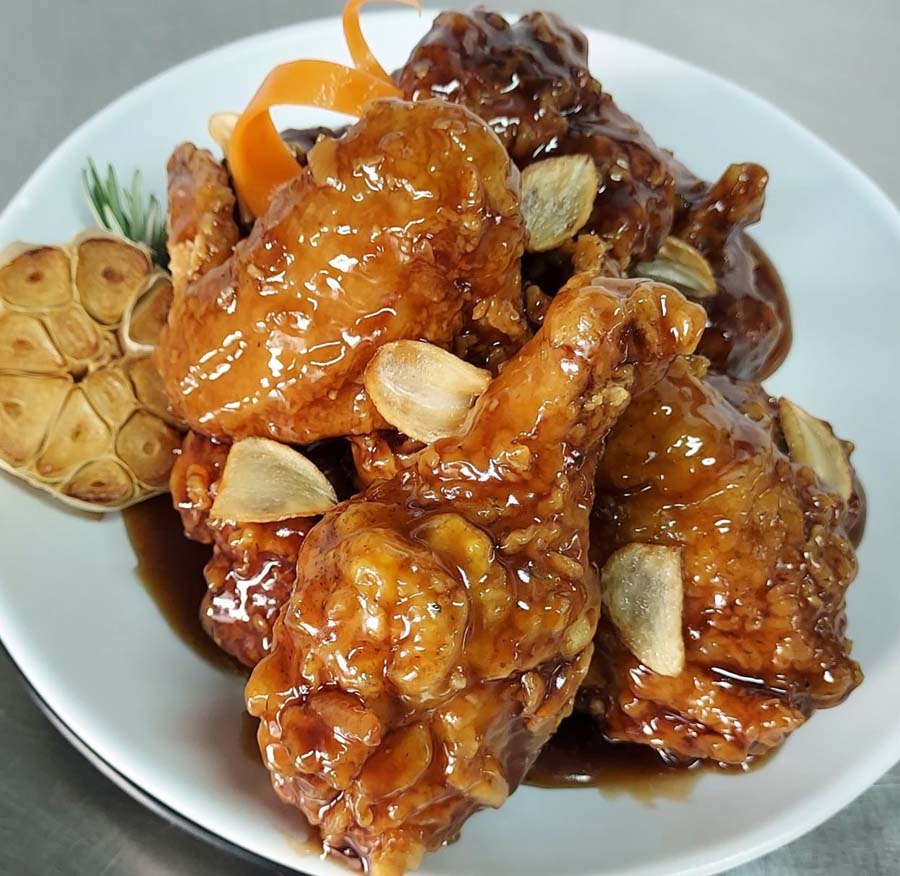 Annyeong Chicken is a 7-minute walk from the Aljunied MRT station.

It’s heartening to see that we don’t have to go far for authentic Korean food.

We imagine your K-drama marathons will be even better with a bucket of Korean crispy fried chicken or a serving of jajangmyeon by your side.

Kudos to the folks behind Annyeong Chicken. We’re excited to try dishes prepared by a real Korean chef too.