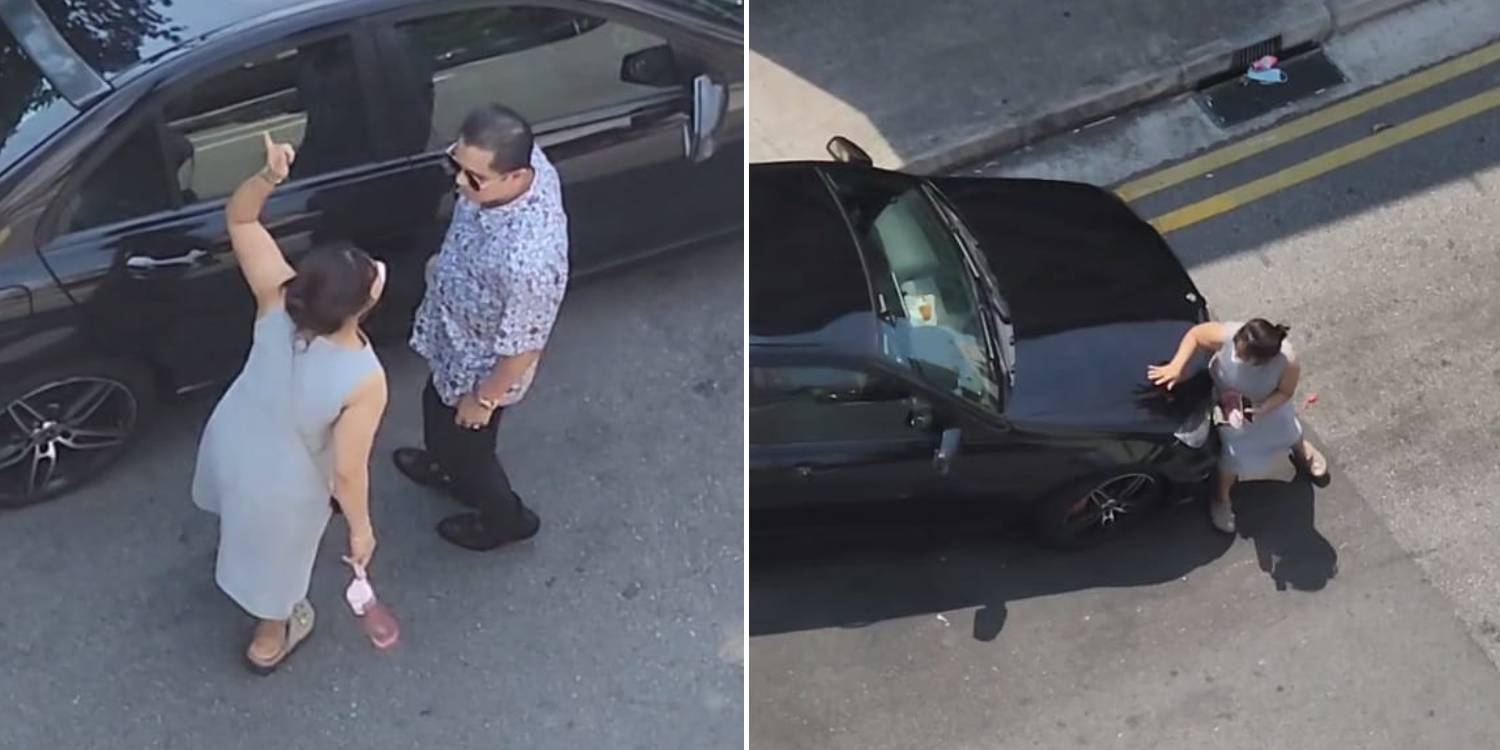 The man continued to drive forward while the woman stood in front of his car.

While Singapore celebrated its 57th birthday on Tuesday (9 Aug), not everyone was in a celebratory mood.

A TikTok video, which has since been removed, showed a man and a woman arguing loudly, presumably over a parking dispute.

Amidst the quarrel, the man got into his car and tried to drive off, only for the woman to step in front of the vehicle in an attempt to stop him. Luckily, she appeared unhurt after the incident.

The clip garnered over 200,000 views before it was taken down. The cause of the removal is unclear, although the footage was quickly circulated on other social media platforms, such as the SG Road Vigilante Facebook page.

Shin Min Daily News reports that the incident took place at around 11.35am at Lorong 35 Geylang on Tuesday (9 Aug).

According to the OP of the TikTok video, she was woken up by a dispute taking place outside her home.

The reason for the disagreement is unknown as the recording only begins in the middle of the argument.

However, one possible theory is that the man had parked his car illegally, and the woman was telling him to leave. 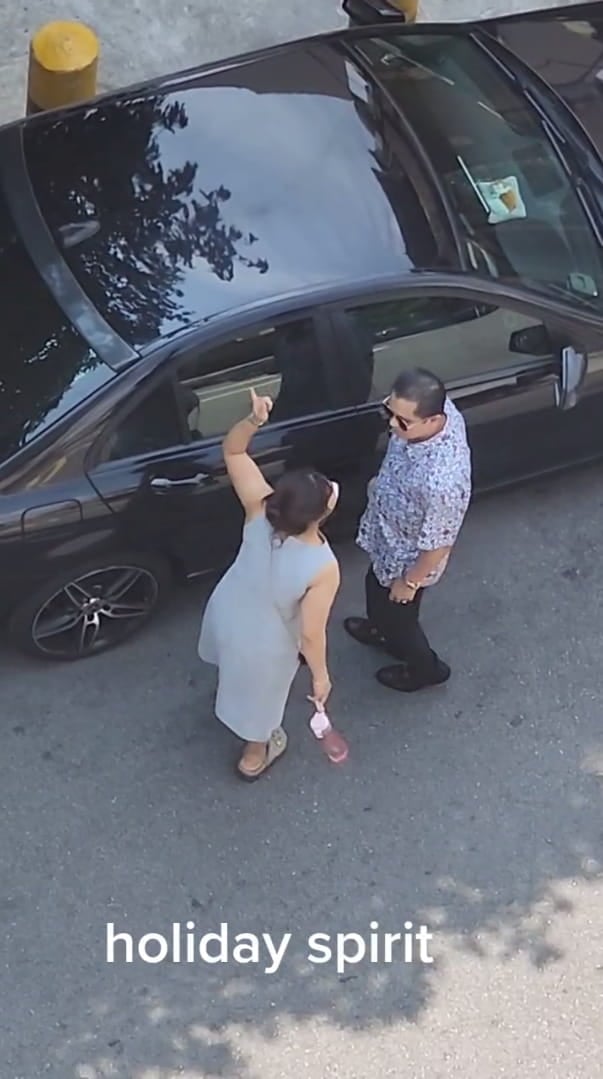 While most of the conversation is unintelligible, the man can be heard repeatedly telling the woman to stop talking. Although there was obvious tension, neither came to blows.

When the woman went to take her phone from a young girl, presumably to call the authorities, the man had seemingly had enough and got back into his car.

But before he could drive off, the woman stepped in front of the vehicle while talking on the phone, preventing the man from leaving. 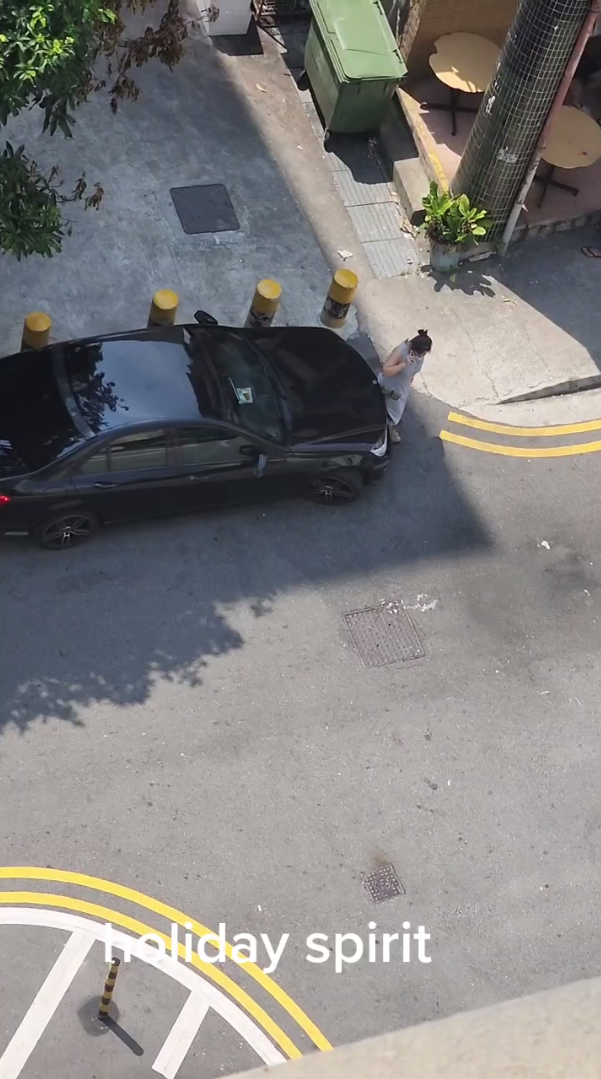 Undeterred by the human obstacle, the man continued to inch forward, bumping slightly into the woman while she made a futile attempt to stop him from driving away.

Eventually, the man managed to drive off. 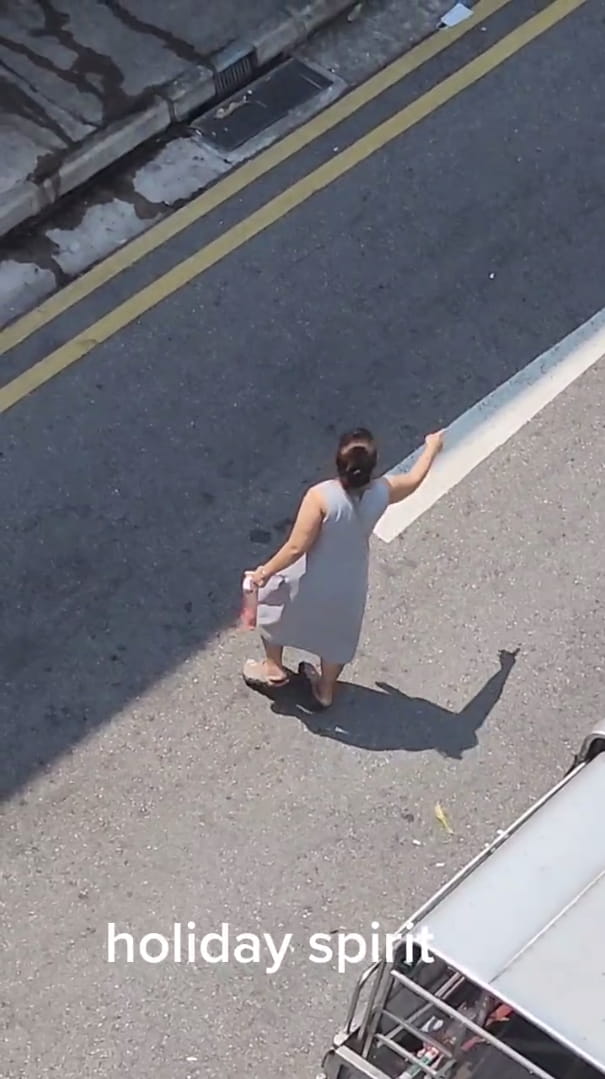 Having failed to stop him, the woman was left standing in the middle of the road, obviously furious but thankfully unhurt despite her little stunt.

Don’t do this no matter how angry you are

Road disputes are making headlines more often lately and are often quite dramatic.

While the exact cause varies, we should always try to remain calm and never resort to anything that could endanger our lives. Someone standing in front of a moving car could have easily resulted in serious injuries or worse.

If you’re unhappy with another motorist, the best thing to do is to note down their licence plate and lodge a report with the authorities.