Must Share News – Independent News For Singaporeans
Home Inspiration Humour ‘Ghost Nun’ At Sengkang Car Park Scares Driver So Much That He... The Hungry Ghost Festival is upon us– the time of the year where many of us are jumpier and much more wary when it comes to all things spiritual.

On Wednesday (11 Aug), Instagram page sgfollowsall shared a video of a ghost nun spotted in a car at a multi-storey car park. 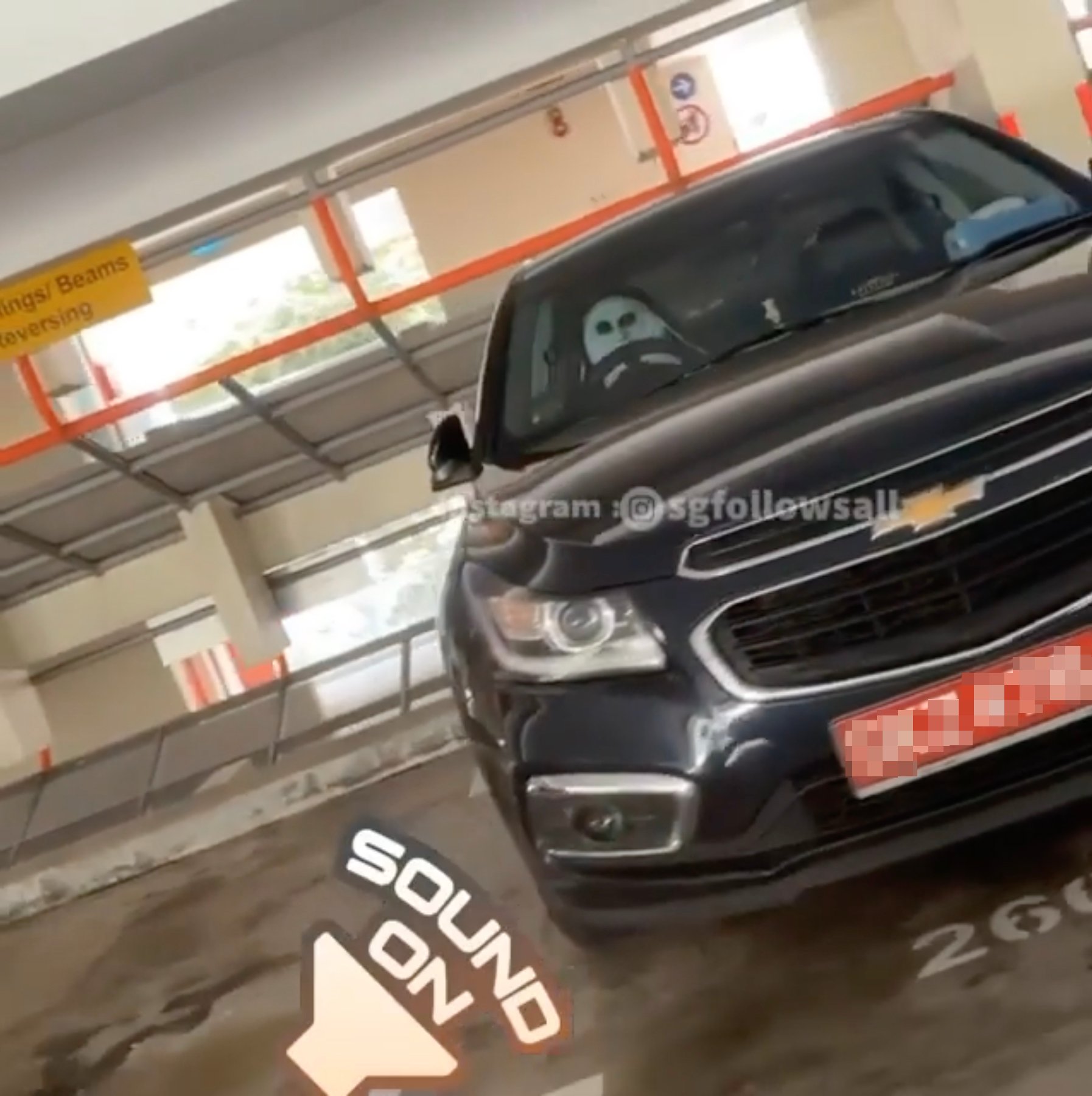 The driver filming the video shared that he was shook by the realistic illusion when he drove past.

Many netizens concurred, saying if they saw that at night, they’d probably be scared out of their wits.

Recently, a driver drove past a car at a multi-storey car park located at Rivervale Street in Sengkang and got the shock of his life.

Later, as he walked by the car, he decided to record a video to share just why he got so scared.

There, sitting in the driver seat of the car appeared to be a ghost nun, looking like it came right out of the Conjuring movie. When the driver zoomed in to the ghost nun, it was then revealed to be a car seat cover.

The design appeared so realistic that the nun’s eyes even seemed to stare straight right back at the camera.

It even bore a slight smile, making things all the more creepy.

In the video, the driver could be heard saying that this was “crazy” in a mix of Mandarin and Hokkien.

He then said that it is especially crazy to mess with people like that during the 7th lunar month, the Hungry Ghost Festival.

The driver was shaken enough that he could be heard cursing and swearing.

Netizens say it can help scare off carjackers

Netizens shared the driver’s views that the ghost nun was extremely creepy to see.

This netizen said that if he saw this at night, he’d probably get so scared he’d have a little accident in their pants.

Some also joked that the real Valak, the nun from The Conjuring, might just be behind it.

Another netizen said that although scary, the nun seat cover might be an effective tactic in scaring off carjackers.

The Valak seat cover is so realistic that this is actually not the first time a driver had filmed it after getting scared.

We’d be scared of our wits too if we saw it, especially during this period.

Have you come across other interesting seat covers that made you take a second glance? Share about them with us in the comments.