For many pet owners, their animals are very much like family — which is why the paw-rents of a ginger tabby cat are anxious after their fur baby went missing in Yishun recently. 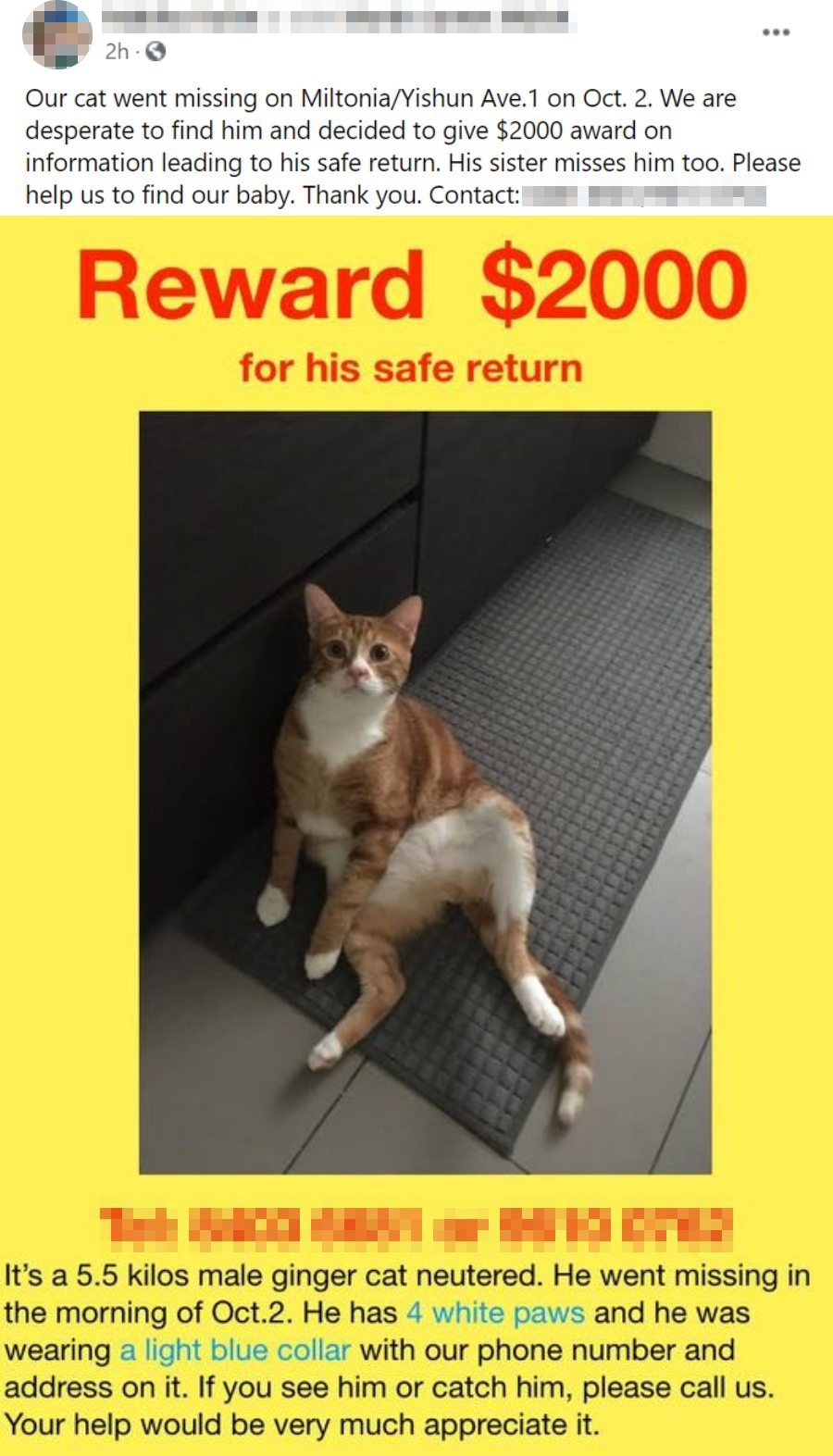 After disappearing without a trace for almost a week, they’ve decided to offer a reward to anyone who can bring him home safely.

The cat’s owners first reported his disappearance in Facebook group Yishun Cat Patrol on Saturday (3 Oct), a day after he went missing. 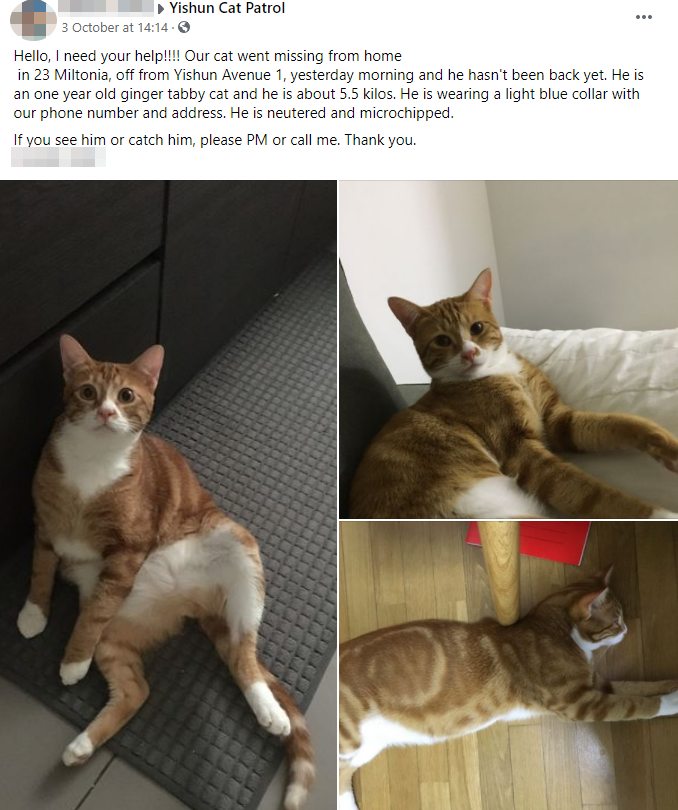 According to the post, the 1-year-old ginger tabby, whose name they didn’t reveal, disappeared in the early morning of 2 Oct.

They last saw him at their home in 23 Miltonia Close, near Yishun Ave 1.

Though pictures don’t show it, the owners claim that he had on a light blue collar with their phone number and address. 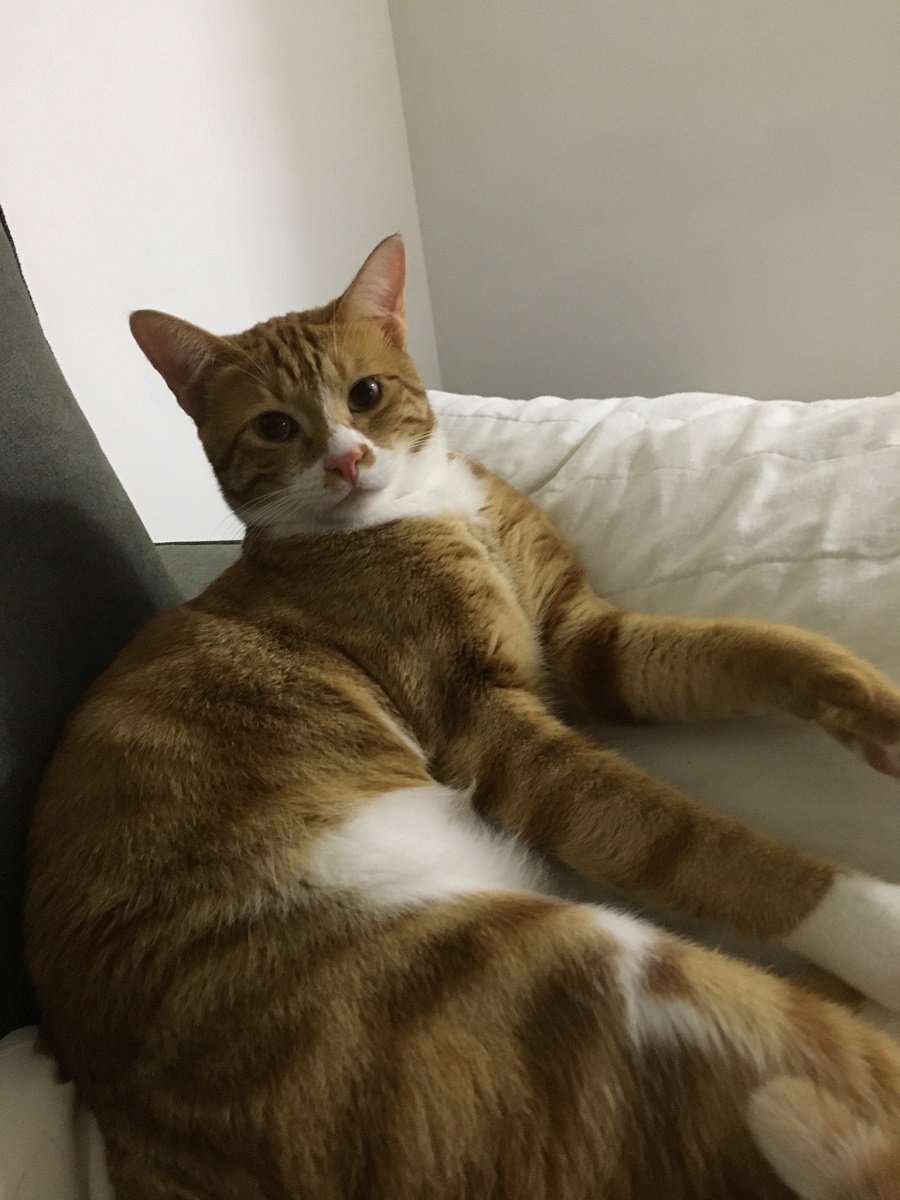 The cat had also been neutered and microchipped.

Handsome reward for anyone who finds the cat

Perhaps desperate to have their fur baby back home safely, the owners are offering a $2,000 reward for his safe return.

They’re appealing for anyone who may have information that could lead them to their cat to reach out.

Unlike dogs, not all cats may know how to find their own way home.

For domestic cats especially, fending for themselves out in the streets may not come naturally. Without anyone to care for them, their safety may be at risk.

We thus sympathise with the cat’s owners and sincerely hope that they’ll be reunited with their furry feline soon.