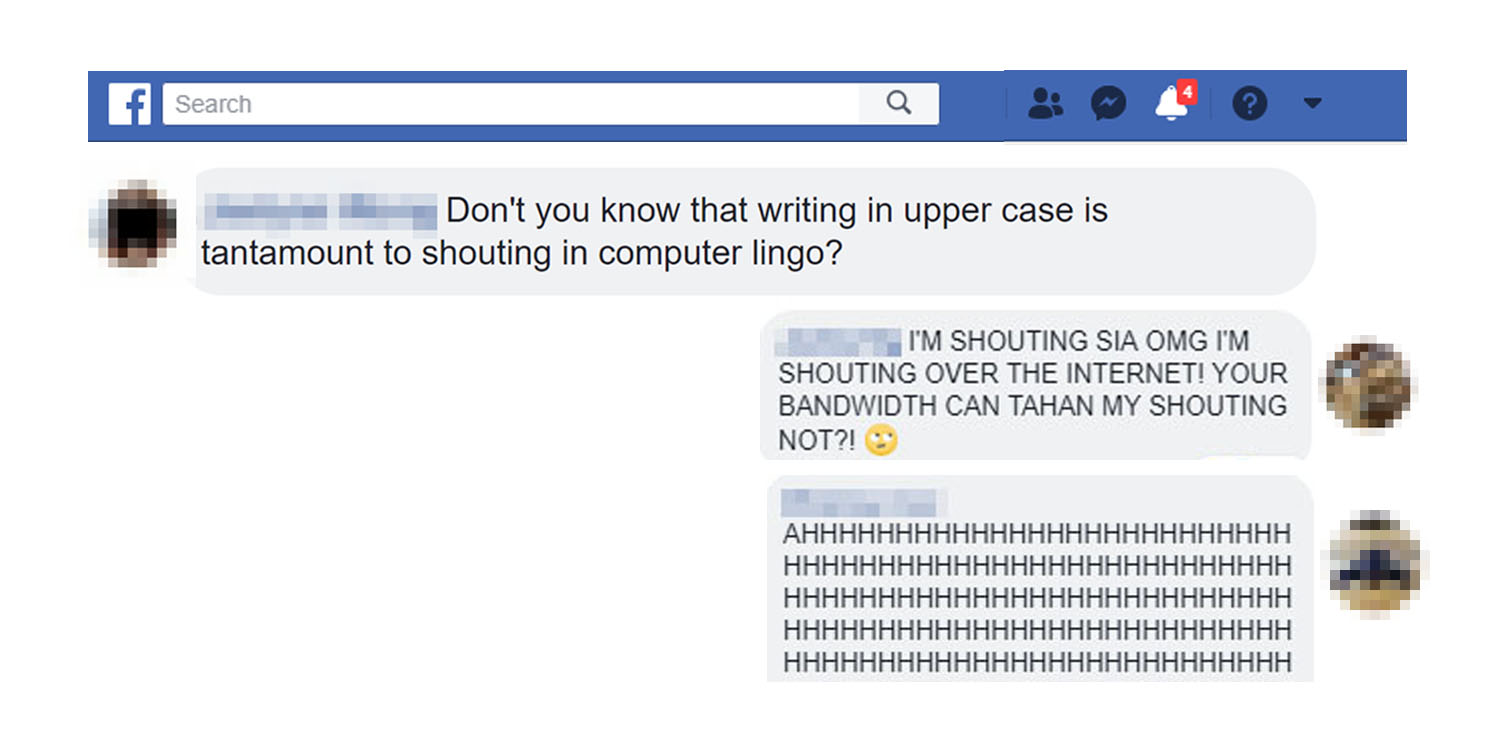 Woman Triggered By Upper Case Text, Netizens Reply Her In ALL CAPS

How do you feel when you read a text that’s in all caps? Or if you’ve ever sent such a text, what was your thought while typing it?

A woman has decided that upper case letters equate to virtually shouting at somebody and did not want any of it.

Netizens were quick to react, typing comments in capital letters in jest, perhaps in a bid to prove the woman wrong.

The woman, identified as Ms Michelle Siew, had dropped a complaint on Grab’s Facebook page about a driver who “refused to drop (her) off at A&E” department at a hospital.

After Grab followed up on her comment, she repeatedly told Grab to “forget it”. A Facebook page named Singapore Logic uploaded a screenshot of the exchange, commenting on her indecisiveness. 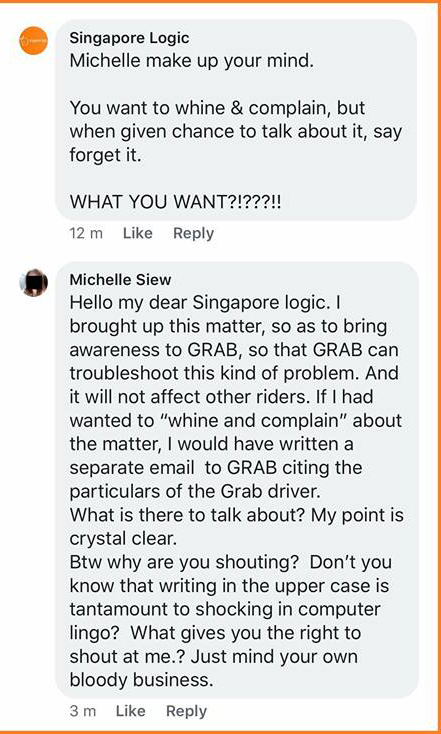 Their comment in upper case text at the end of the post “WHAT YOU WANT?!???!!”, provoked a lengthy reply from Ms Siew.

She took to the comments section to explain her situation with Grab, and added her two cents’ worth about the etiquette of “computer lingo”.

What’s really shocking to us is the possible typo about ‘shouting’ in her comment.

The post incited lots of upper case comments from netizens. Some poked fun at Ms Siew’s apparent inability to receive texts in all caps graciously.

Ms Siew wasn’t the only one at the mercy of angry upper case letters. Netizens got so ‘loud’ in certain comments that the Internet felt they deserved a moment’s silence as well.

Some of the shouting got hilariously out of hand. 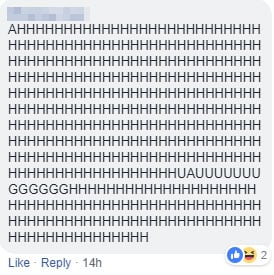 Or you know, those could very well be the screams of adults stuck at work during office hours.

Let’s all be civilised on the Internet

All jokes aside, it’s heartening to see Singaporeans finding the humour in the issue instead of flaming someone on the Internet.

We think the netizens’ witty comments prove that typing in all caps may seem like shouting, but it’s not always in anger. Sometimes people do it out of excitement, or simply to get attention.

But of course, this doesn’t mean you can go shouting all over the Internet. You can imagine how annoying that would be after a while.

The next time you feel like typing in upper case, remember to consider the content and context of the message. You wouldn’t want to upset the wrong people.

Being lectured about watching your tone when you speak should be left to your mum, not a random person on the Internet.