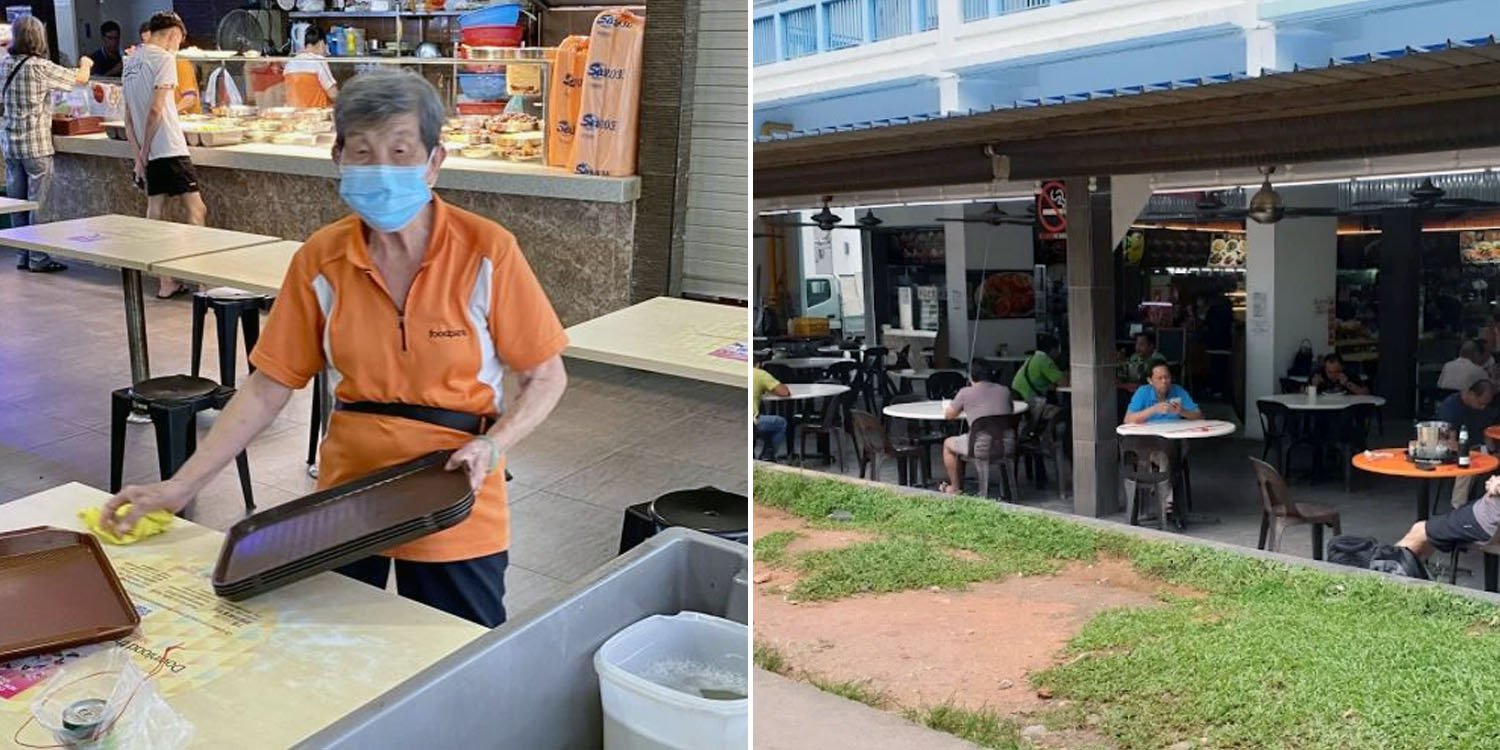 She said she wants to be self-sufficient.

When we see elderly people working in tiring jobs, it’s natural to have sympathy and wonder why they aren’t relaxing during their golden years.

A 95-year-old Singapore grandma, who was seen working as a dish collector at a Woodlands coffee shop, might be a similarly heartbreaking sight.

However, she has reportedly said she’s still working because she wants to be self-sufficient. 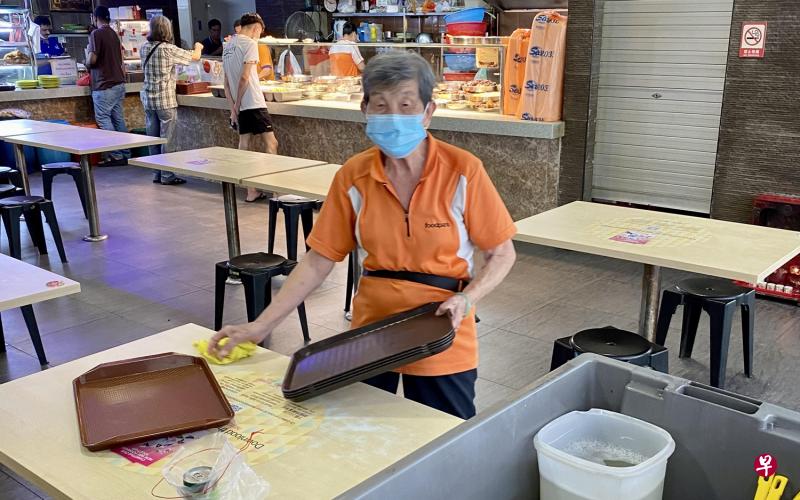 In fact, her children have offered to give her money, but she refused, she added.

Grandma has been working as cleaner for 14 years in Woodlands

Despite her thin and frail appearance, with a bit of a hunchback, she’s actually been working there for 14 years.

However, as she grows older, her legs become less flexible, she told the paper.

Thus, she’s not sure how long more she can continue working but will do it as long as her body allows it.

She had a hard life

Madam Zheng has had a hard life, according to Zaobao. She followed her husband from Fujian province in China to Singapore at the tender age of 20.

The couple had seven children but eventually weren’t on good terms. That prompted her to strike out on her own, going from kampung to kampung selling women’s clothes to bring up her children.

Perhaps due to working hard her whole life, she said she wasn’t used to the leisurely life after retirement.

Thus, she looked in the newspaper and found a job collecting dishes at the coffee shop — and has been at it for 14 years. 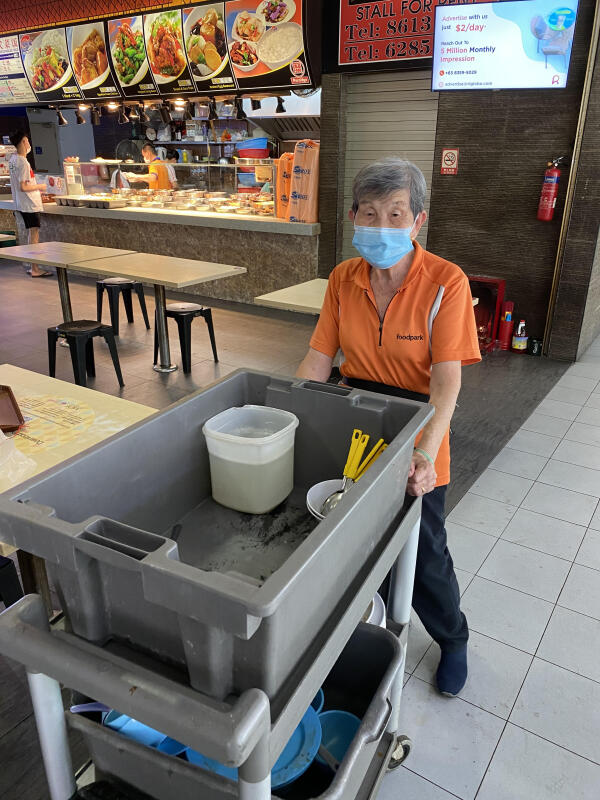 She refused to take money from children

Most people would question why her seven children aren’t supporting her.

But she told Zaobao that they actually offered to give her money, but she refused, saying,

My children also have their own families to support, it’s not easy.

Thus, she wants to be independent and do as much as possible to support herself.

When she found the job, she was living with her youngest son in Woodlands at the time, so it was nearby.

Her son moved later, and she’s now living with another son in Toa Payoh but doesn’t want to switch jobs.

Thus, she wakes up at 4.30am just to take the MRT and then a bus to Woodlands, as she’s “slow-moving and doesn’t want to be late for work”.

She said it takes her more than an hour to get to the coffee shop, and she knocks off work at 3pm. 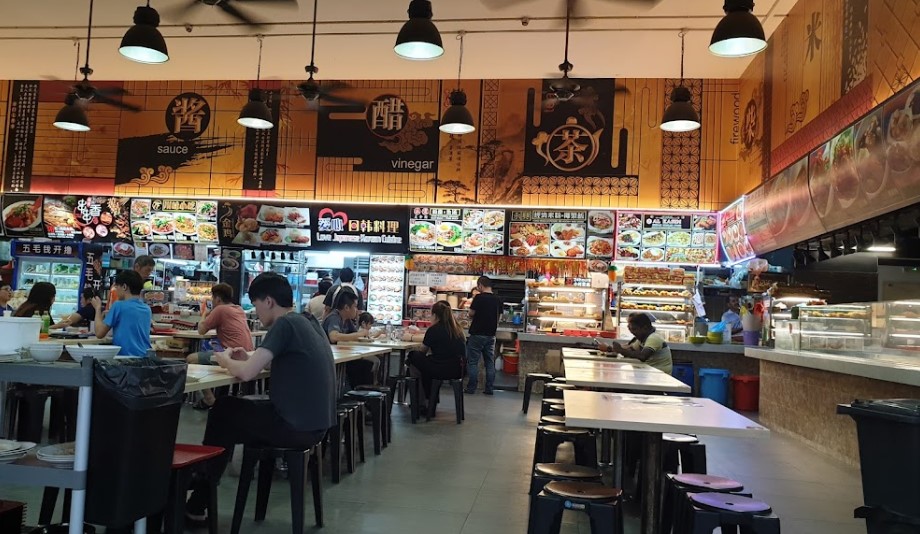 According to Madam Zheng, she has 20 great-grandchildren — so technically speaking, it shouldn’t be challenging to find someone to take care of her.

She added that her family members are also worried about her health and safety and tried to persuade her to quit and relax.

However, she still insists on working as she’s used to working hard her whole life, adding,

As a mother, it’s my duty to bring up my children — but I don’t ask them for anything in return.

Kudos for her hard work & dedication

It’s understandable for some to be concerned about Madam Zheng’s health and safety, especially since she’s doing a tiring job at an advanced age.

However, others might feel that if she wants to work, we shouldn’t stop her from doing so.

Kudos to Madam Zheng for her hard work and dedication, which typifies the spirit of our Pioneer Generation.

Do you think our seniors should continue working if they want to? Do share your thoughts with us in the comments.