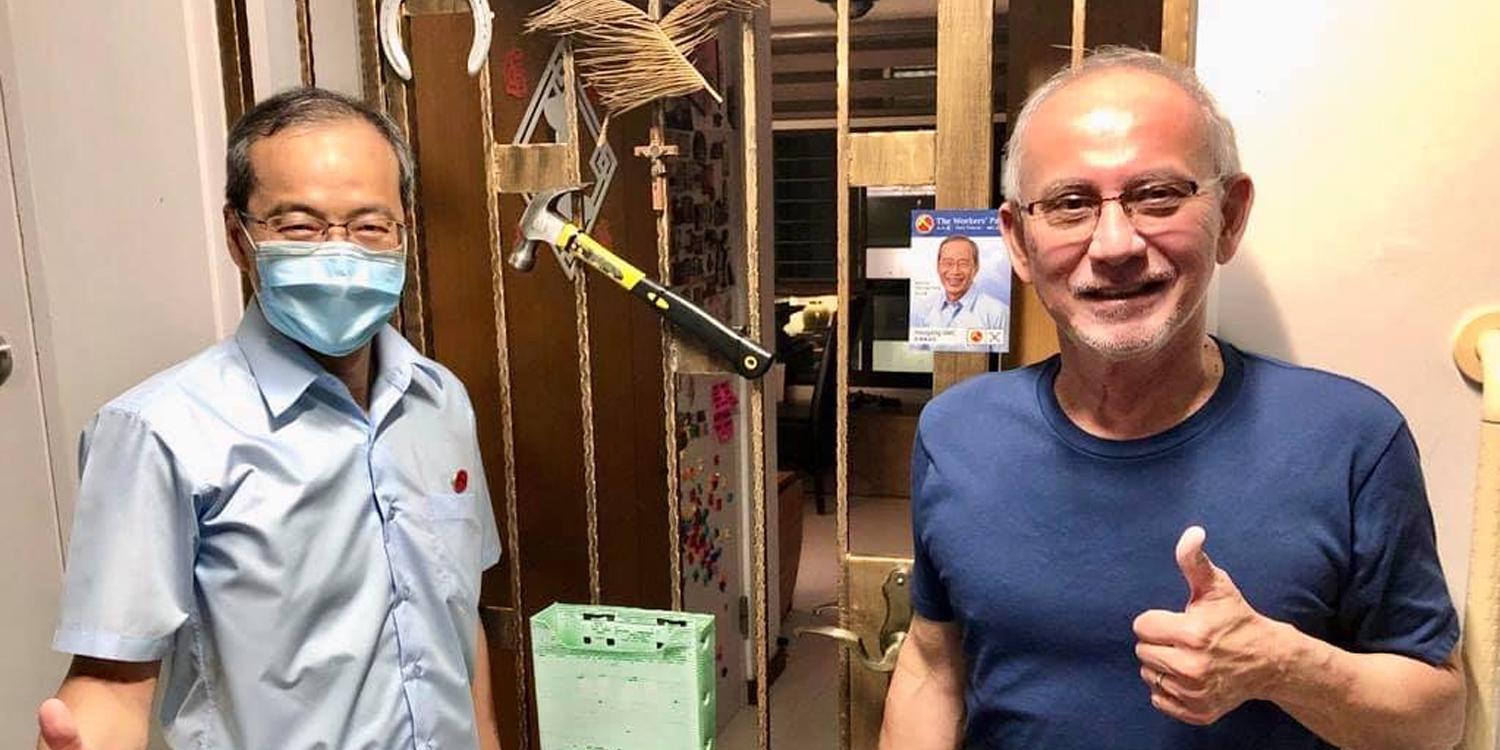 General elections of the past have seen massive rallies drawing huge crowds. Singaporeans would attend these rallies not just to listen to what the political parties and candidates have to offer, but also to show their support. 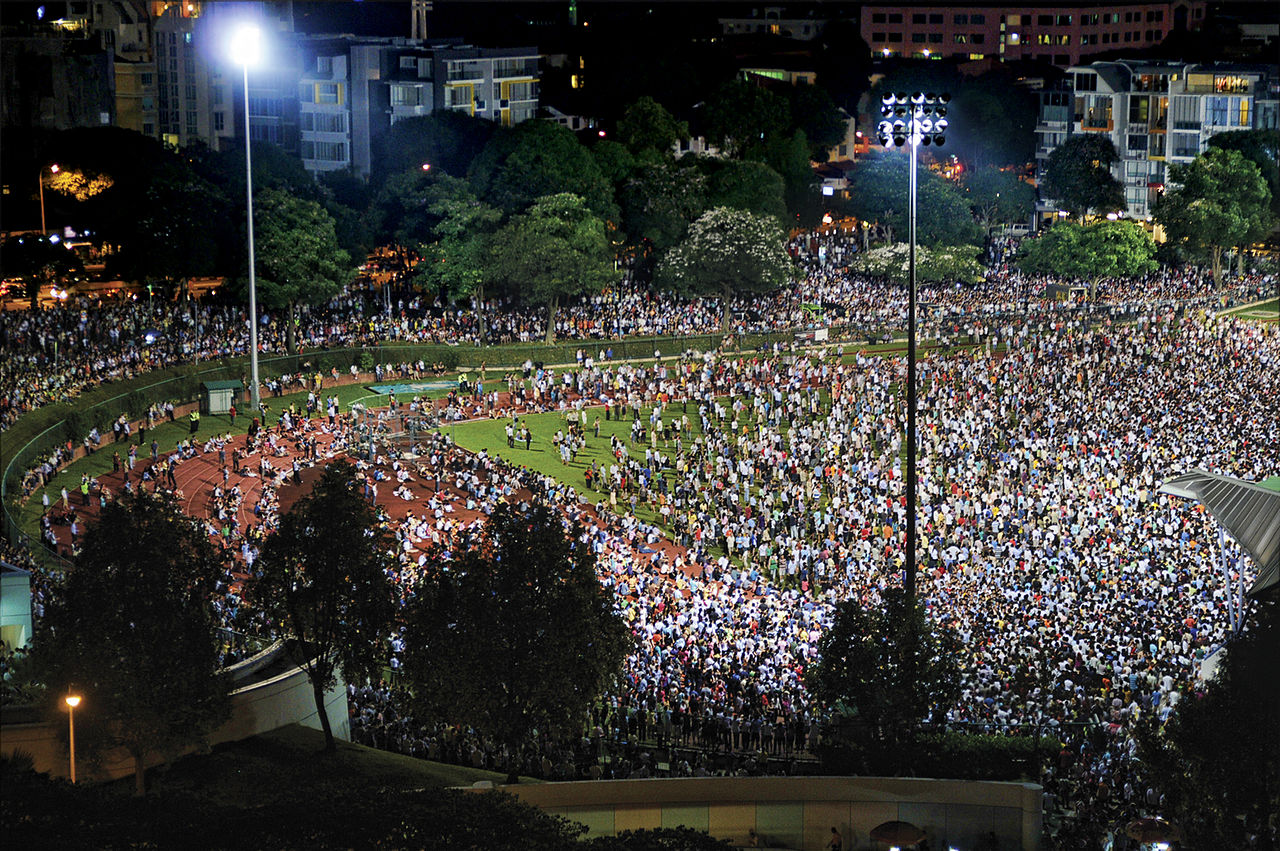 One such election rally in 2011
Source

But with the Covid-19 virus still circulating among us, physical rallies are not allowed for the upcoming election. Yet, Singaporeans are still keen on showing their support for their political party of choice.

On Saturday (4 Jul), Workers’ Party Dennis Tan shared a photo he took with a resident who hung a hammer on his gate to show support. Dennis Tan thanks resident for hanging hammer on gate

Footage of the hung hammer was first shared on the All Singapore Stuff’s Facebook page earlier in the week. 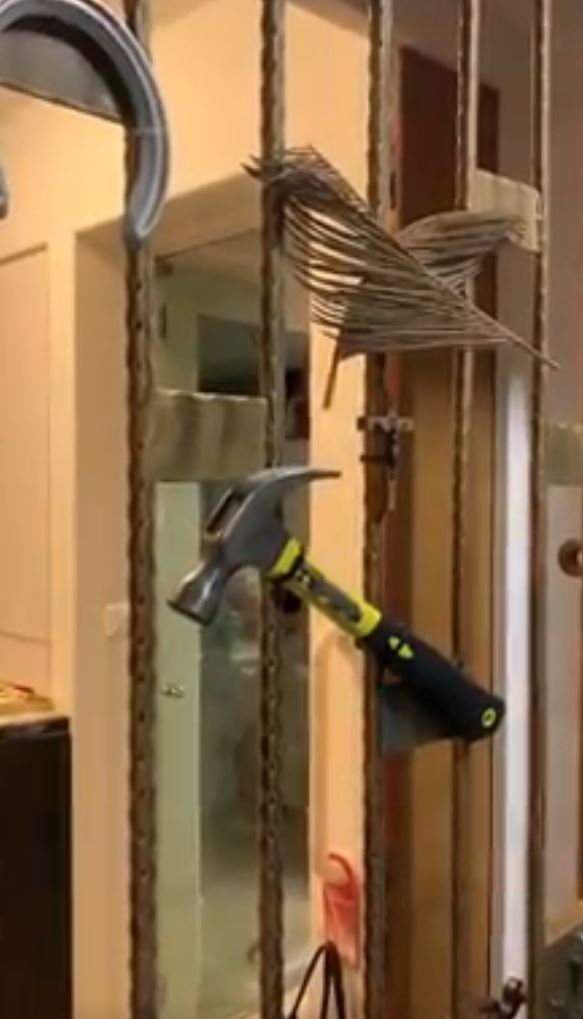 In the video, 2 adjacent neighbours had hammers strapped onto their metal gates, presumably showing support for the Workers’ Party — which has a hammer on its logo. 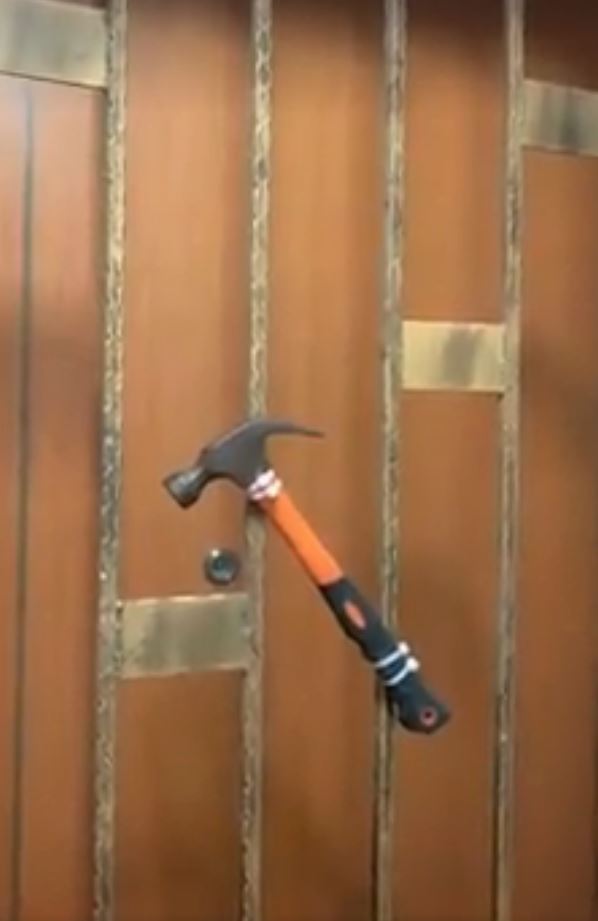 Around 3 days later, Mr Tan finally came face to face with one of them — a “new” Hougang resident. 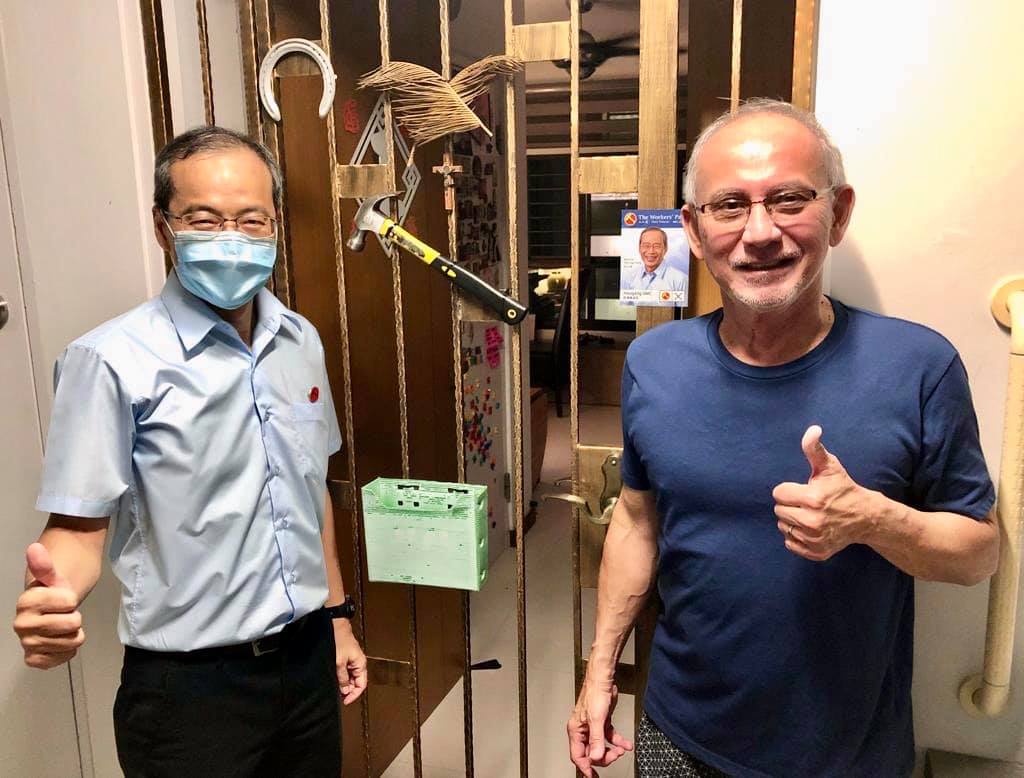 The WP’s candidate for Hougang SMC thanked the man for his “hammering support”, and said he looks forward to serving him.

Turns out, the 2 Hougang neighbours weren’t the only one showing support by hanging items on their gates. 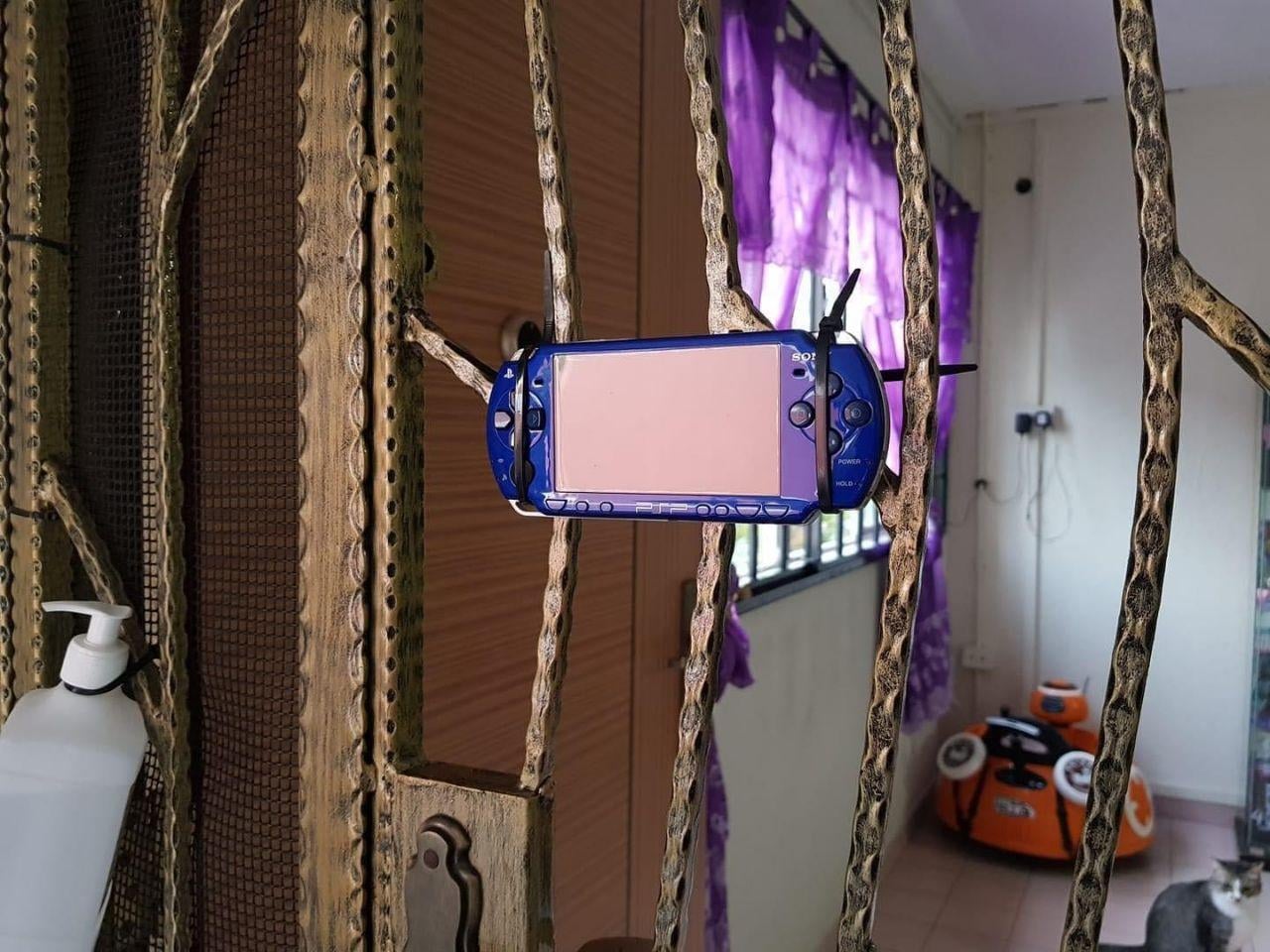 The gaming device appears to be securely fastened to the railings using cable ties, but we aren’t sure if it’s scissors-proof or not.

Apart from hammers and PlayStation Portable, we haven’t seen any other items being hung on gates in support of political parties at the time of writing.

That said, here are some that we’ve thought of:

MS News is not responsible should such items get stolen in the process.

What other items can Singaporeans hang to show support?

We’re heartened that Singaporeans are showing their support through such creative means, actively participating in politics in spite of the Covid-19 situation we’re in.

What other innovative items can Singaporeans hang on their gates to show support for the political parties? Share your ideas in the comments below.