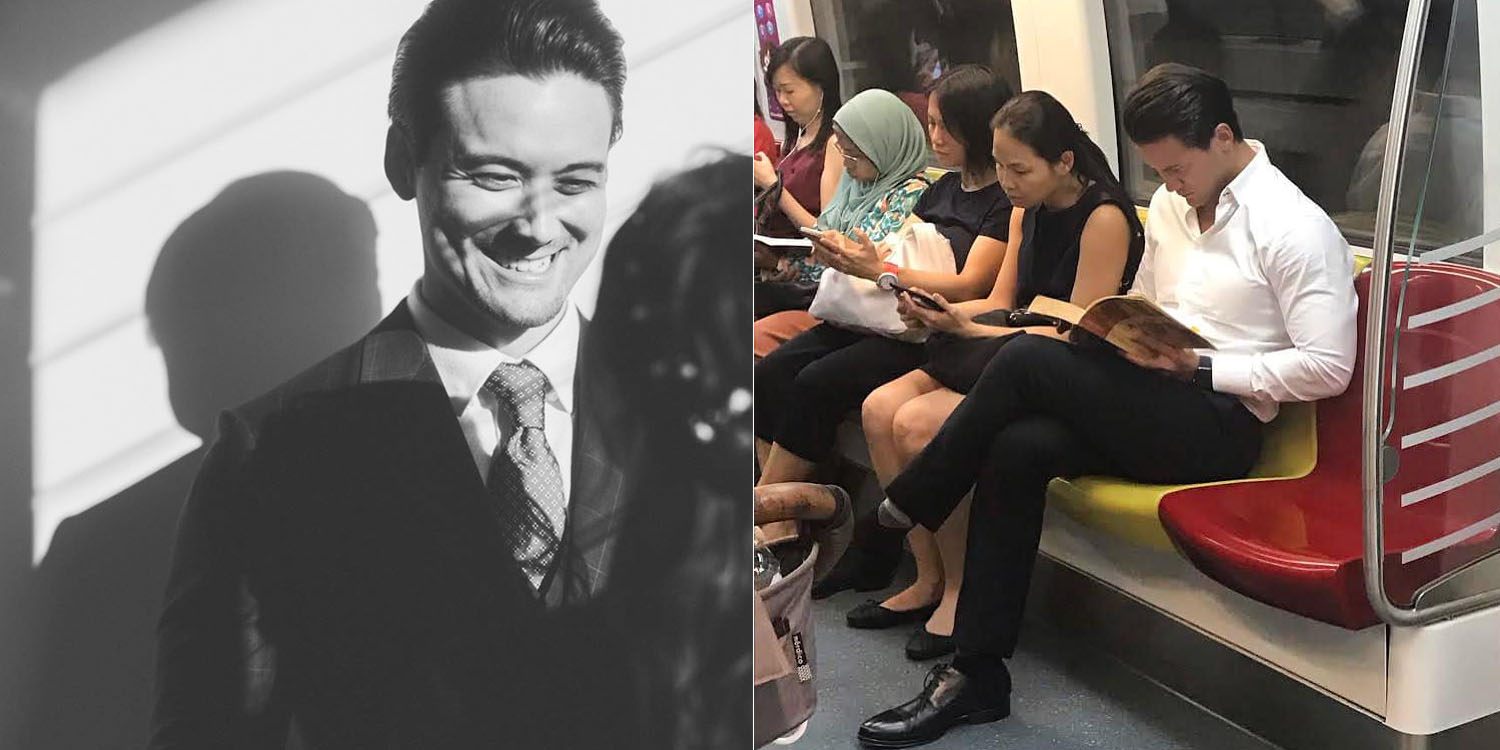 Most of us counter the uncomfortable intimacy in MRT carriages by staring at our phone screens and ignoring our surroundings.

We often don’t miss much, since there’s not much to see. But if you were on the MRT recently, too engrossed in Facebook or Instagram, you might have missed a rare sight.

Popular Instagram account @hotdudesreading spotted a handsome hunk reading a book on an MRT and boy, are Singaporeans excited. A rare gem, both for the book & the looks

Singaporean women are undoubtedly squealing over the gentleman’s good looks.

His confident yet relaxed posture outshine the tired faces of the commuters around him.

He stands out so much that the hot-guy-reading-on-MRT is almost comparable to a unicorn — women are wondering why they don’t see such guys more often.

Since his face isn’t very visible due to his intent reading gaze, netizens are studying other parts of his body instead.

While his huge biceps are hard to overlook, many seem to be drawn to his big feet.

Physical attributes aside, it’s clear that women find his choice of reading a book on the MRT more appealing.

Perhaps this could inspire campaigns for the next National Reading Movement?

Has already been choped

Before you start frantically searching every MRT carriage for him, you should know that this hunk has been choped.

Some snooping revealed that he goes by the name Henryk Damien Abucewicz on Facebook. 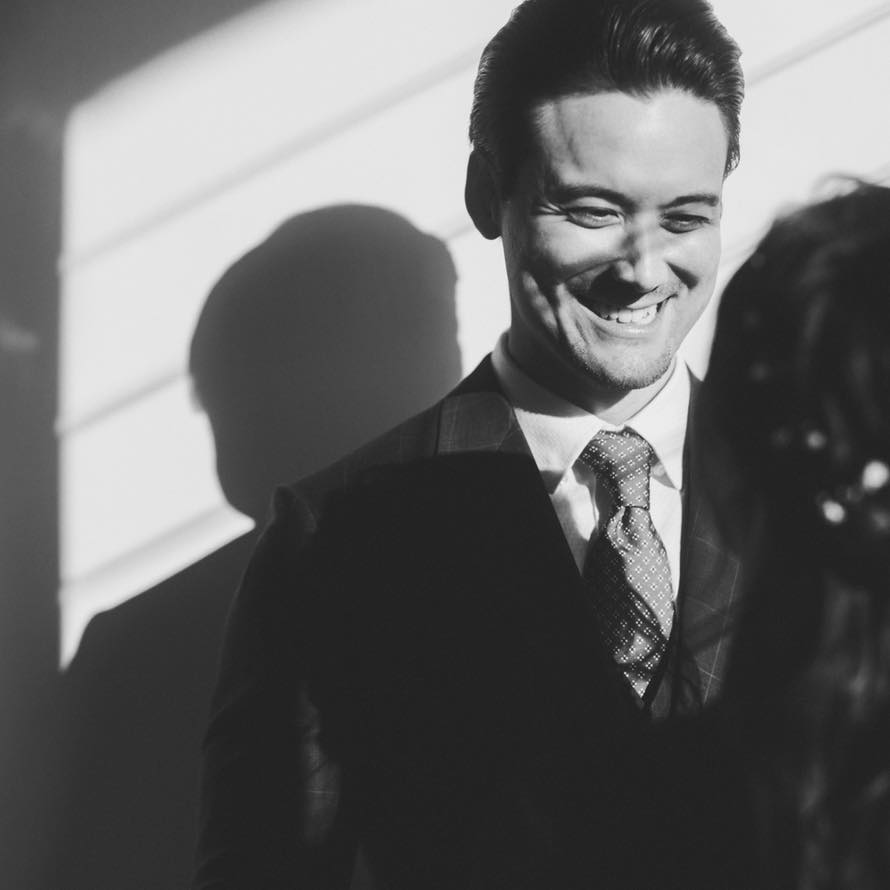 No other information is available, other than the fact that he appears to be married, as seen from this wedding picture. Not the only one with the brains & brawn

Now don’t be disheartened just yet. Apparently, Henryk isn’t the only hot guy with a big…brain and biceps.

His twin brother, Dr Shane Abucewicz Tan, is also known to turn heads. He was featured in AUGUST MAN Magazine in 2018 as one of the year’s “A-Listers”. Shane is an aesthetic physician at The Aesthetic Studio. He previously worked at 2 other clinics and at Tan Tock Seng Hospital.

Several pictures on Facebook show him with a pretty lady, whom we can only assume to be his girlfriend. 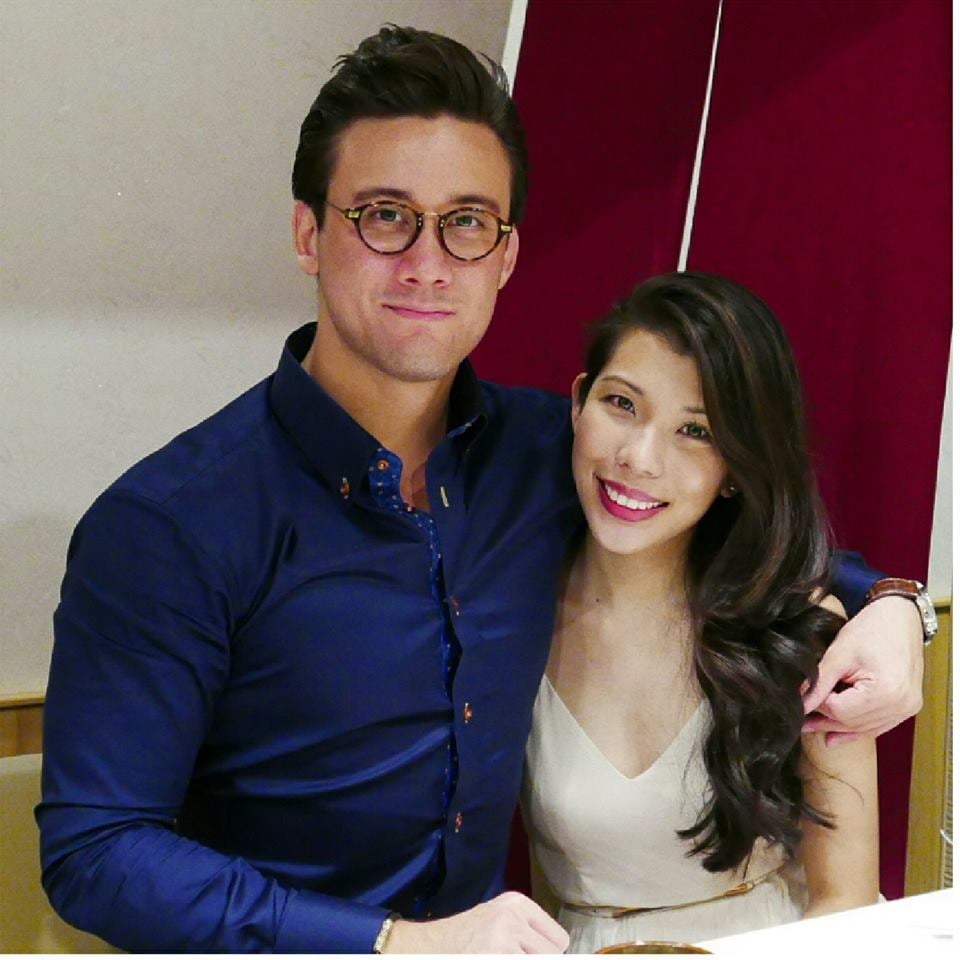 It’s true then that all the good men are quickly snatched up by lucky ladies.

Oh well, maybe it’s not meant to be for the singletons. At least now you’ll know to look up from your phone once in a while — you might just spot a hot dude reading.