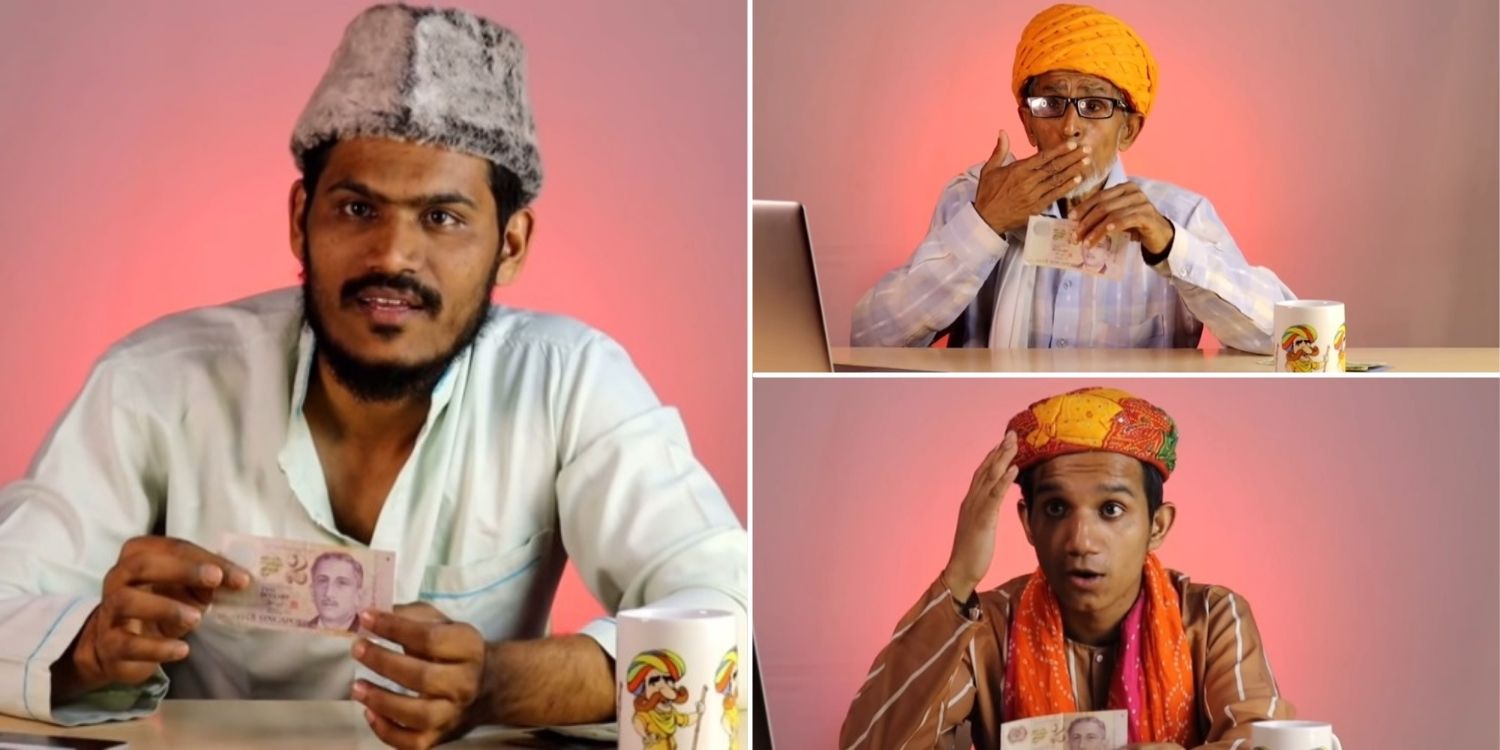 While we dish out our $2 notes when paying for our cai png or kopi orders, have we ever taken time to look at its design?

We do know that Yusof Ishak, Singapore’s first President, appears on our currency, but did you know that every denomination of the Singapore dollar has a fun fact to it?

A YouTube Channel, The Common Man Show, posted a video of Indian villagers reacting to different currency notes from around the world, including our very own $2 note.

Sections of the video were clipped and shared on the Singapore subreddit, much to the joy of netizens.

For those who are unfamiliar, the YouTube channel revolves around rural Indian villagers reacting to various modern phenomena.

One episode featured their reactions to different currencies from around the world, including Singapore’s.

One villager had only heard of the country but never seen any of our currency before, and calls Singapore an “advanced country”. 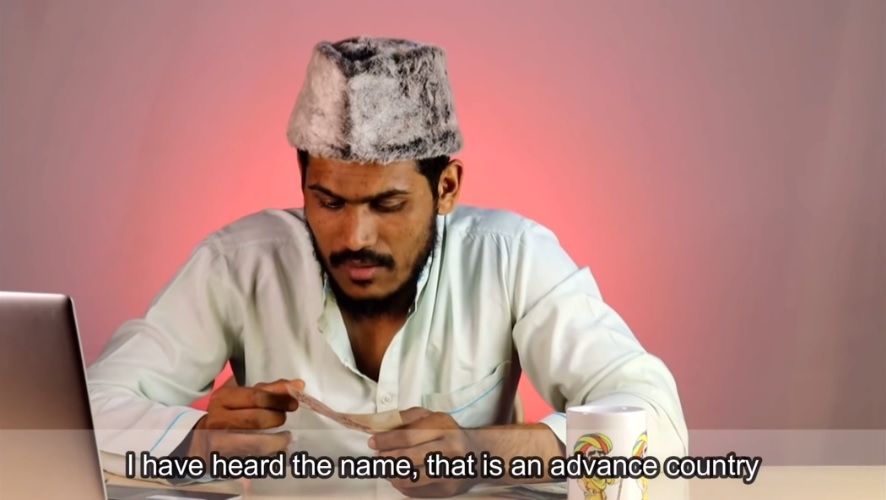 After closer inspection, all 3 villagers noticed that the money was not made of the usual cotton and linen material but polymer plastic. 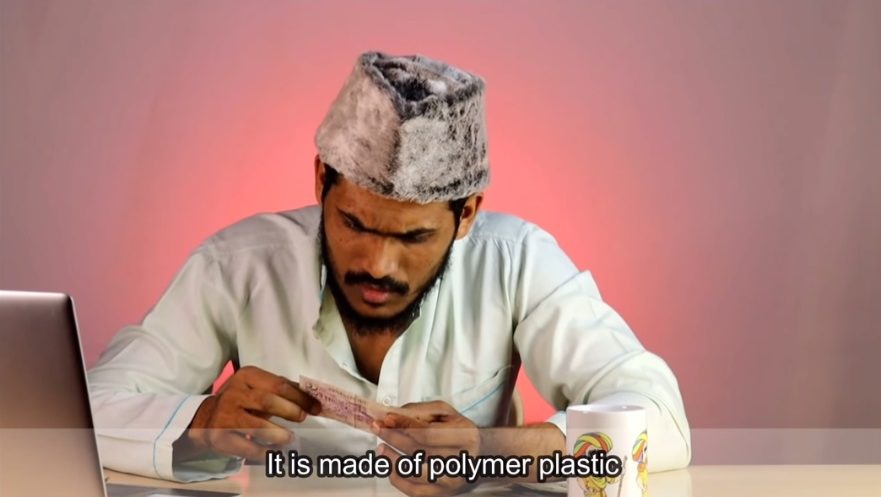 Upon confirming that fact, they all rejoiced and said that its ingenious design would work well during rainy seasons, a seemingly common problem in other parts of the world. 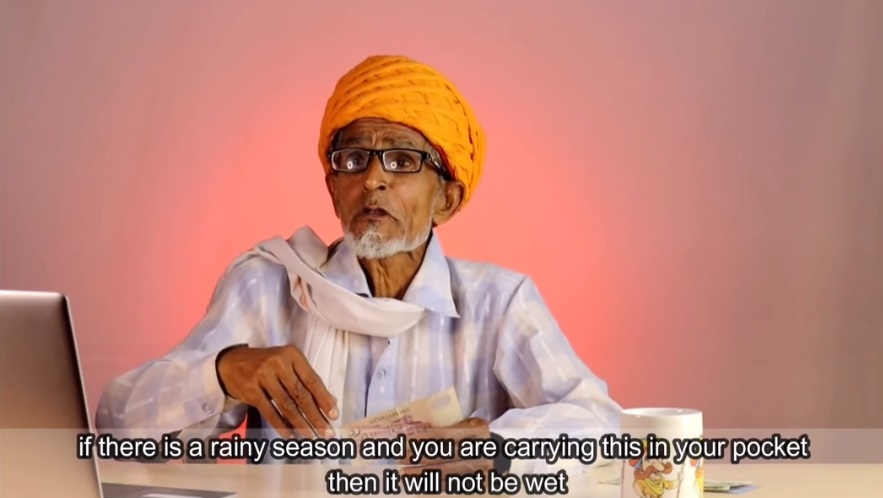 Later in the video, they also learned about the value of the note. Currently, S$2 roughly equates to about 110 Rupees. 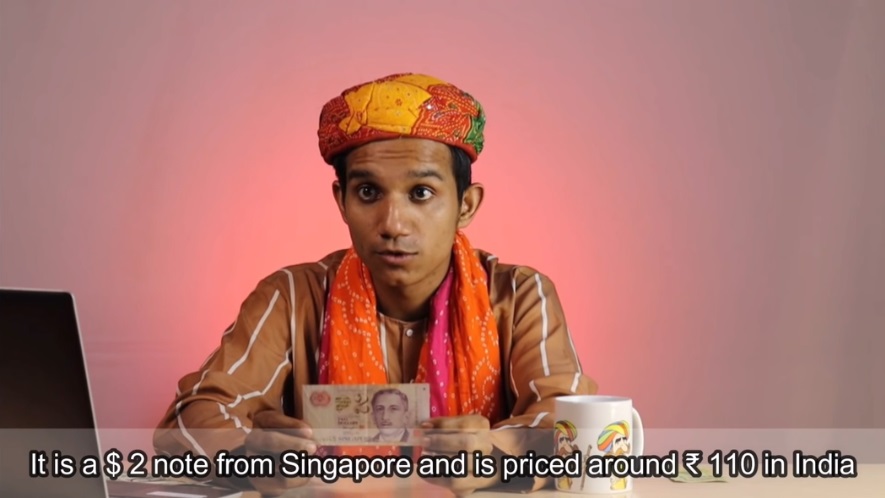 Evidently, the amount left some of them quite startled.

One particular villager was keen to know the identity of the man fronting the note. 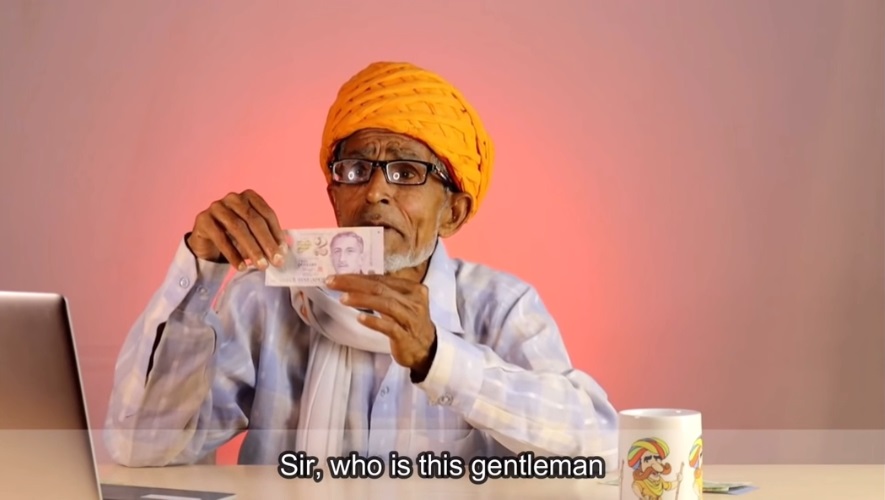 The video producer told him that the person is Yusof Ishak and that he was Singapore’s first President.

The elderly villager also wanted to know the significance of the design on the other side of the note, which depicts children studying.

When told that it portrayed the President’s former school, the elderly man was overjoyed and said,

The school where the President used to study has been given so much respect, it’s so great. While it’s easy to overlook the mundane, Singaporeans were reminded of how good we have it here compared to other parts of the world.

One Redditor suggested that the video clip was exactly what he needed to remind himself to be grateful for what he has.

A curious Redditor asked what 110 rupees could get you in India, to which the author of the post replied that one could get various necessities for that price.

The most upvoted comment though was the fact that many had not known that the late Mr Yusof Ishak went to Victoria School.

Timely reminder to appreciate what we have

While the pandemic has dampened the moods of many Singaporeans, it’s easy to forget how good we have it here.

The video is a timely reminder to not take things for granted and that possessions don’t define our happiness.

We hope that the reactors can continue being bright-eyed in their reactions and give us more joyous moments like these.