On 6 Dec, the Football Association of Singapore (FAS) revealed the names of 6 SEA Games footballers who broke their curfew. This prompted a ‘name and shame’ movement, with the players’ faces plastered over the news.

TODAY quoted the FAS saying that the players had “let down the entire nation” by doing what they did, a statement which didn’t sit well with many Singaporeans.

Jade Rasif, a Singaporean DJ, has spoken out on the issue, in a Facebook post that has garnered over 1,000 shares. She pointed out that the broken curfew was inconsequential to the team’s performance. 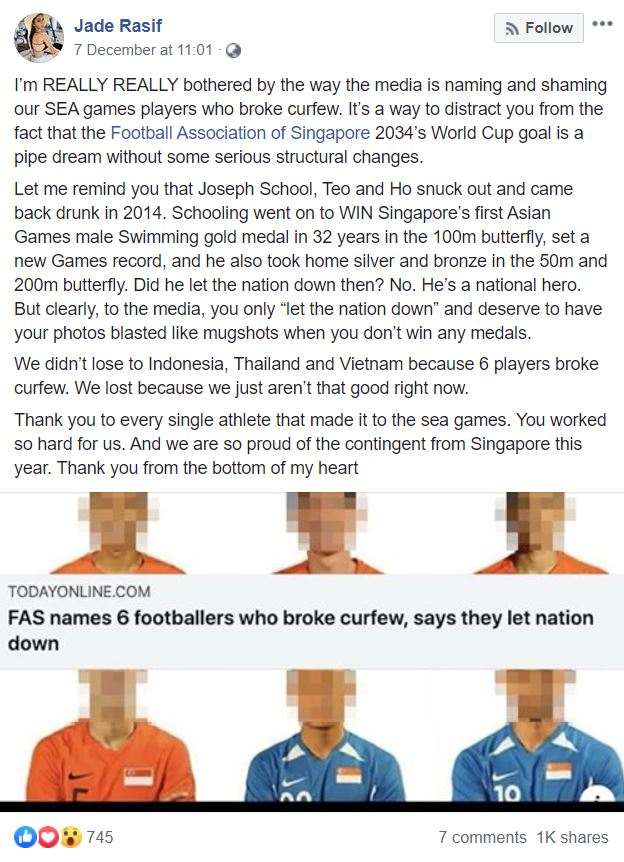 Censoring the faces of the players, she instead calls for greater understanding that the disappointing results were due to the team not being ready, rather than their conduct off the field.

No need to shame football players

While FAS only named the errant players, TODAY’s article features their faces in a way that disturbingly resembles mugshots.

Jade pointed out how the media didn’t do the same when Joseph Schooling allegedly returned to the athletes’ village drunk in the 2014 SEA Games, leaving her “bothered” by the way they named and shamed the 6 football players.

Distracting us from what we should focus on

To her, the whole hoo-hah surrounding the players serves as a smokescreen to cover the ineptitude of not just the team, but FAS too.

It’s a way to distract you from the fact that the FAS 2034’s World Cup goal is a pipe dream without some serious structural changes.

Bringing up Singapore’s hope to make it to the 2034 World Cup, Jade likens FAS’ misstep to their tendency for unrealistic expectations.

That the FAS took to publicly shaming the players instead of handling the issue privately, to Jade, was a sign of flaws within the association.

She adds that at the end of the day, the team’s disappointing performance wasn’t due to poor behaviour alone, but the fact that “we just aren’t that good right now”.

Not the first broken curfew case

Miss Rasif adds that Joseph Schooling and two other athletes sneaked out of the Games Village during the Asian Games in 2014 and even allegedly got drunk. 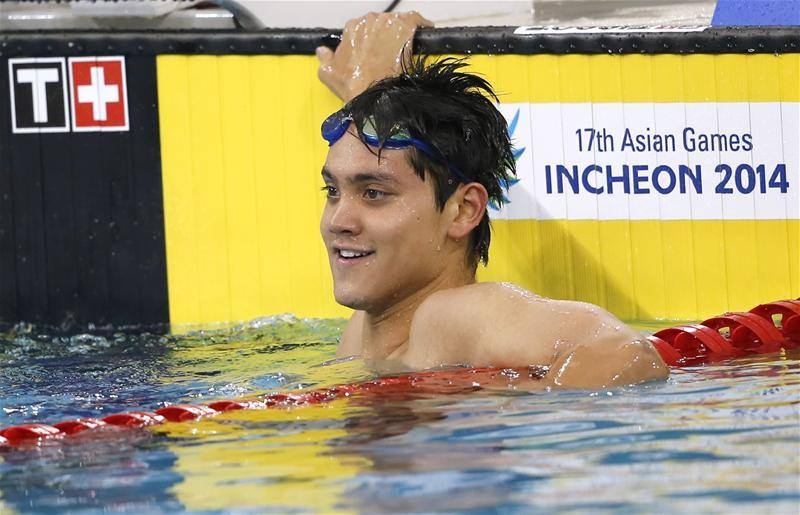 This was after his win where he clinched Singapore’s first Asian Games male swimming gold in 32 years. Despite the fact that Mr Schooling also broke his curfew, he did not face the same backlash.

Miss Rasif contrasted the two stories, saying that the footballers were treated like criminals because they did not win anything.

Choosing to recognise the athlete’s contributions instead, Jade concludes by thanking “every single athlete that made it to the SEA Games”. 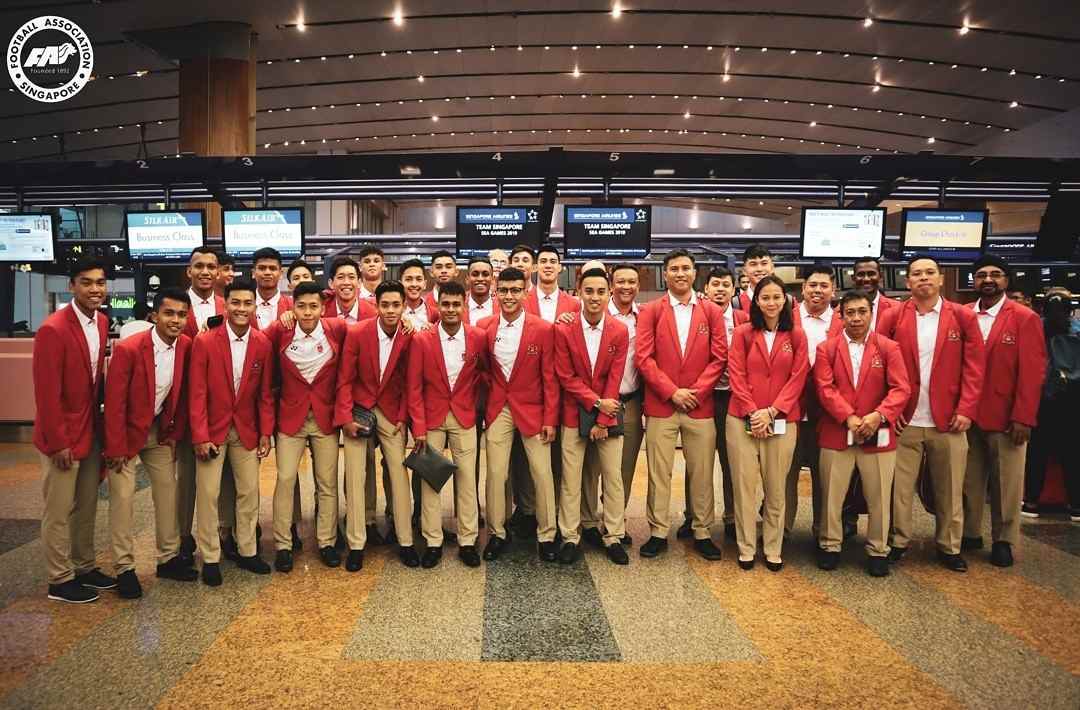 She acknowledged their hard work and added that Singaporeans are proud of our contingent this year.

Indeed, we should give our athletes credit where it’s due. It’s not at all easy to represent your country in a highly competitive sporting event like this. These athletes go through countless trainings and sometimes even injuries, to get to where they are.

Do you agree with Jade Rasif’s comments? Let us know in the comments below.