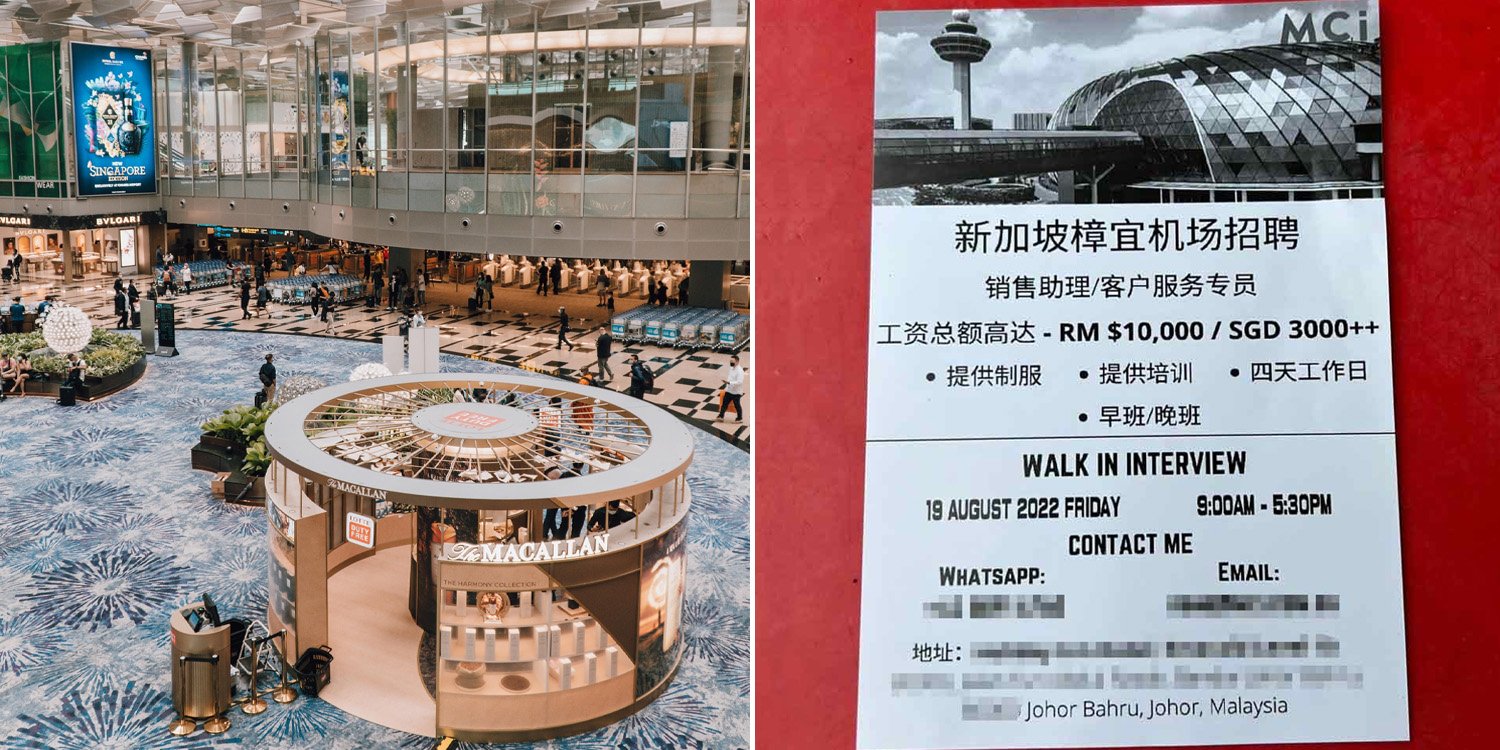 Successful applicants will be working for vendors at Changi Airport.

Earlier this week, an ad for a job at Changi Airport offering a salary of up to S$3,000++ and a four-day work week began circulating online.

Netizens immediately started questioning its authenticity, suspecting it was a scam. However, recruitment agency MCI Career Services has confirmed the ad as legitimate.

They also explained that they have already arranged walk-in interviews for interested applicants at the Holiday Inn hotel in Johor Bahru (JB).

Perhaps after some confusion online, MCI Career Services has clarified the situation regarding a recently debated Changi Airport job ad via a Facebook post on Wednesday (17 Aug). 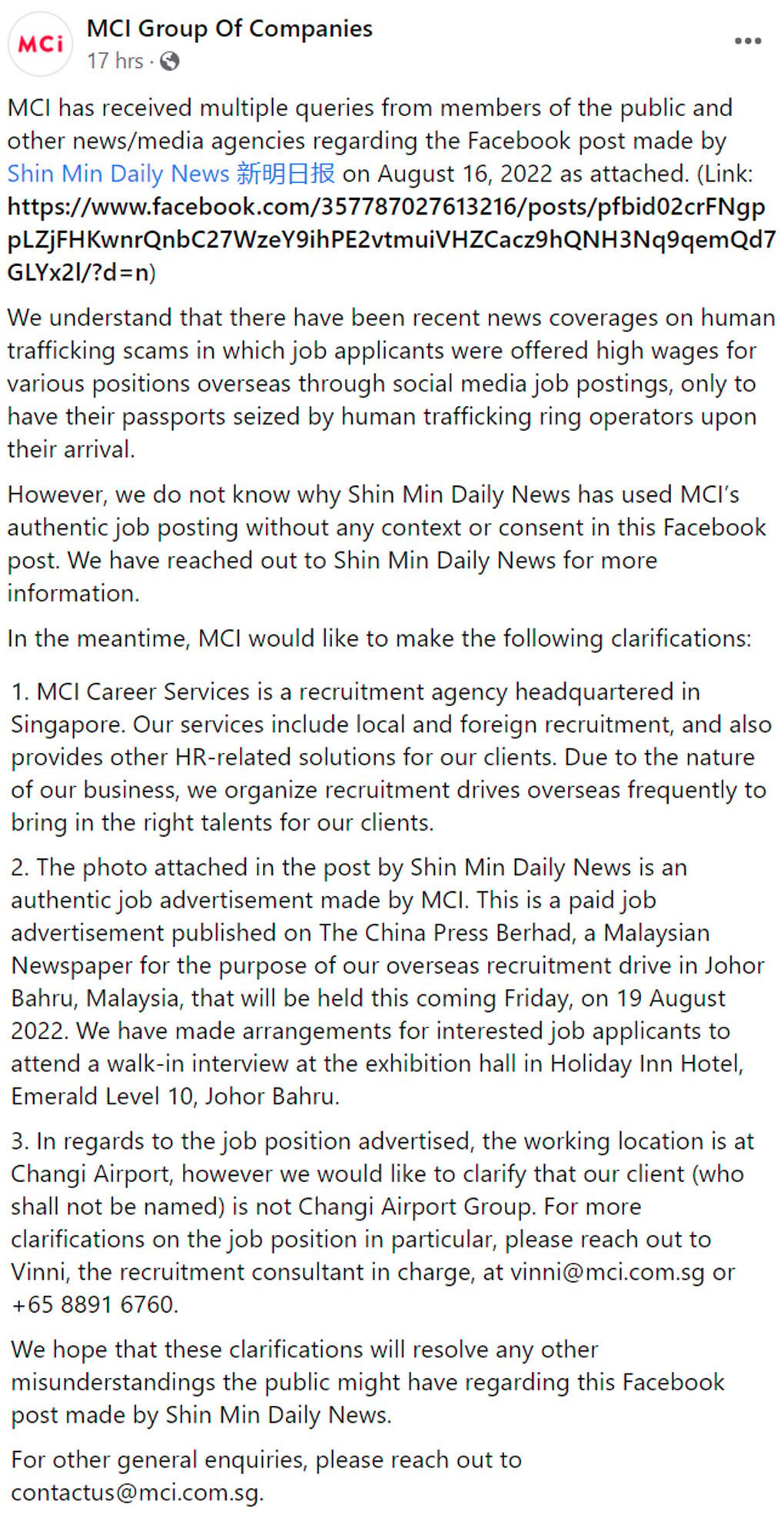 Not to be confused with the Ministry of Communications and Information which goes by the same acronym, MCI Career Services claims to be a recruitment agency with headquarters in Singapore.

They apparently provide both local and foreign recruitment in addition to other HR-related solutions for clients. As part of their business, they frequently organise overseas recruitment drives.

On Monday (15 Aug), China Press posted a printout of the ad, causing it to go viral. They claimed that Changi Airport will be paying employees up to S$3,000 (RM10,000), for the positions listed.

The ad also offered a four-day work week alongside training and uniforms.

Addressing the now viral job ad, the agency admitted they received multiple queries about it. They are also aware of the human trafficking scams disguised as job ads.

As such, to dispel any doubts, they verified that the ad was indeed paid for publication on The China Press Berhad, a Malaysian Newspaper, “for the purpose of their (our) recruitment drive in Johor Bahru, Malaysia”.

The recruitment drive in question will evidently be occurring tomorrow (19 Aug), according to the ad. 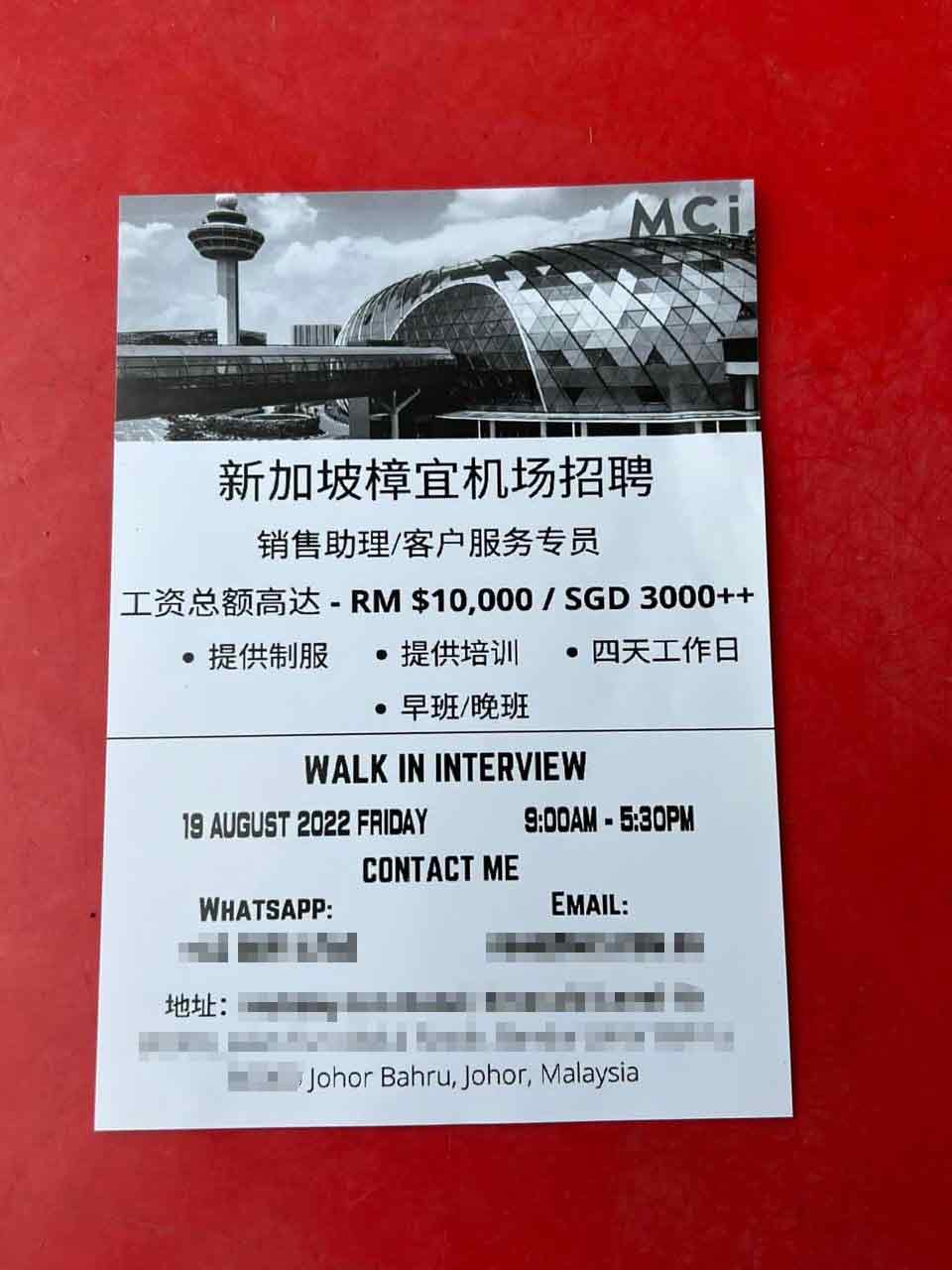 MCI stated that they have arranged walk-in interviews for interested applicants. The location of the interview will be at the exhibition hall of Hotel Holiday Inn, Emerald Level 10 in JB.

Though the agency confirmed that the positions on offer will be based at Changi Airport, they noted that their client is not Changi Airport Group. Instead, successful applicants will be working for vendors at the airport.