Will Joseph Schooling Teach Kids Swimming At His New School This July?

When you’ve got a surname like ‘Schooling’, it comes as no surprise that teaching may be one of the professions you’d consider.

Or y’know, becoming an international Olympiad gold medalist for swimming.

A cryptic Insta-story featuring the man himself, has set social media abuzz. 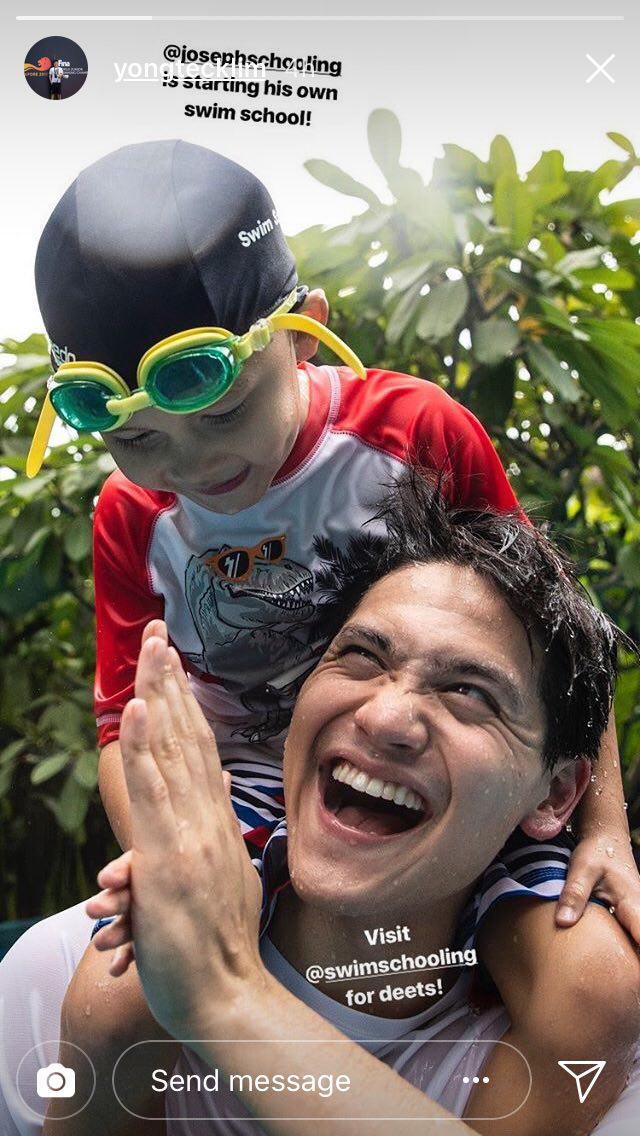 Following the cookie trail left in the screenshot, we stalked the Insta-profile duly.

And found a website link in the bio, which led us to this screen. 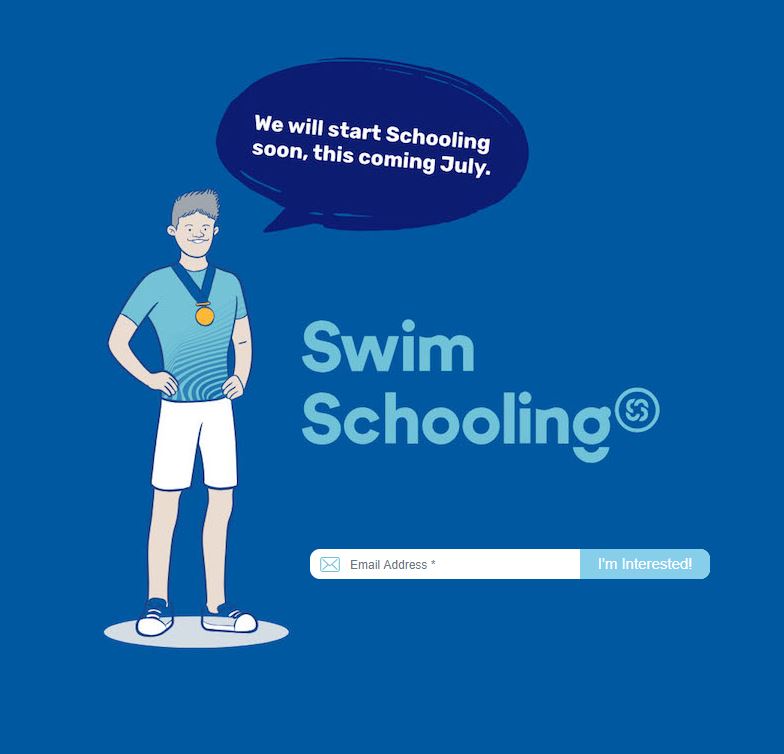 Of course, the about page of their Facebook does list Joseph Schooling – or the school for that matter – as “Swimming Instructor”. 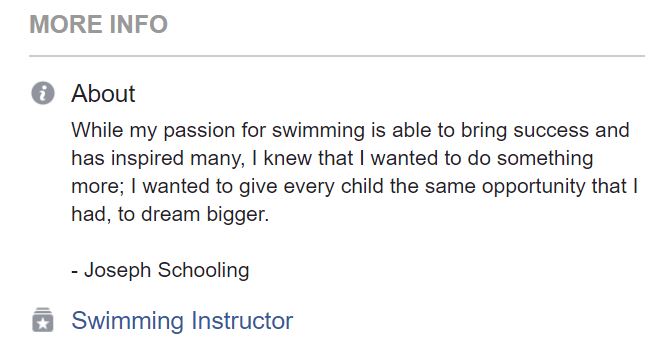 But we concede that there are no solid deets on whether Joseph himself will be training the students.

We’ve got our fingers crossed though that he’ll make a few appearances around campus, or during the free trial lessons at Our Tampines Hub.

You can apparently win a chance to get a personal swim lesson with him too, during the launch party on 28 June.

Ambitious plans to add other sports

The ambitious venture is also set to add other sports eventually.

According to Mary Schooling, Swim Schooling is created with “a few objectives in mind”.

Namely, to provide atheletes with a “comprehensive and structured programme” that’s not only focused on training and competition.

All elements essential to high performance like nutrition, performance analysis and media training is slated to be provided.

Coaches will be schooled too

World-class coaches are to be brought in to help develop local coaches in Singapore to improve industry standards.

This means that teachers will have to be schooled too, before they can teach in the academy.

The school is expected to break away from industry standards, to come up custom assessments and rigorous training curriculum.

With a new system, structure and framework, the aim is to make it the national syllabus in the future.

Fans of Joseph Schooling should take note, however, that he’s not slated to play a huge role in teaching anytime soon.

His family says he will “play a part as a role model”, as he’s in a position that can “inspire others”.

Truth be told, there are many Olympian-inspired swimming schools around the world.

We’re not sure if Schooling’s new academy will live up to both his family’s ambitions, and the high expectations of Singaporean parents who wish to enroll their children.

Of course, we think it’s off to a splashing start.

But fret not. As more info trickles in about fees for lessons or further trials, we’ll keep you guys posted.