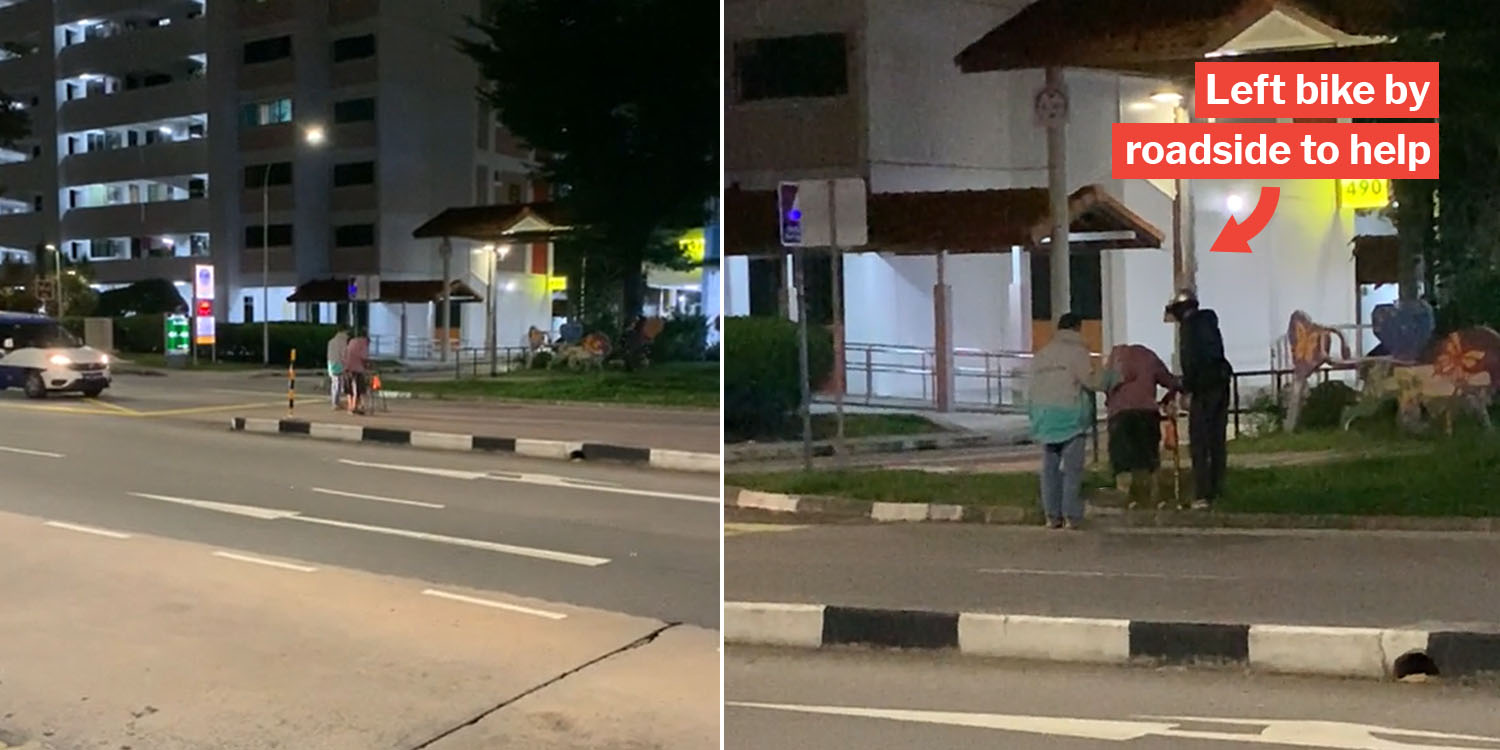 Saw these 2 helping out the old uncle when i alighted at the bus stop! Kudos to them! from singapore

Redditor u/alivingrock was at a bus stop in Jurong when he spotted 2 motorcyclists helping an elderly man cross the road.

They had left their bikes by the side to do so, a selfless gesture that moved him to share the incident online.

Hunched over with a mere walking aid to support him, an elderly man was visibly struggling to cross a road on Wednesday (8 Jan).

The two-way junction opposite Block 490 Jurong West Ave 1 has no designated crossing, so there was nothing stopping vehicles from zooming by. 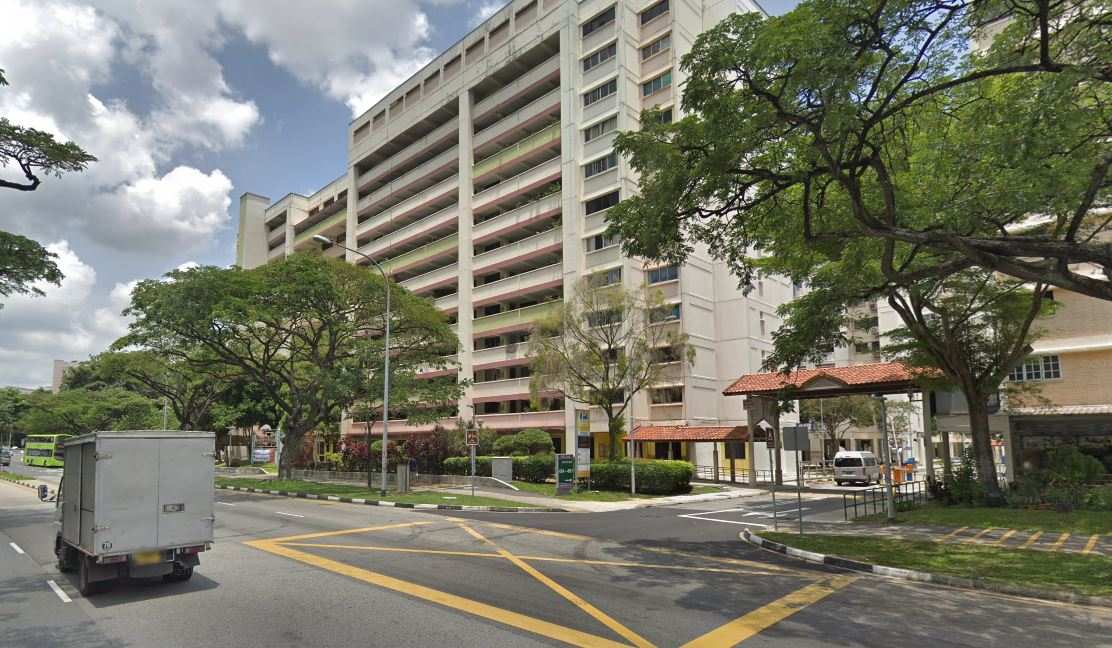 Nevertheless, the man forged ahead, perhaps to get home since the night seemed to be getting darker.

Luckily, 2 motorcyclists nearby who had noticed his pitiful situation decided to help. 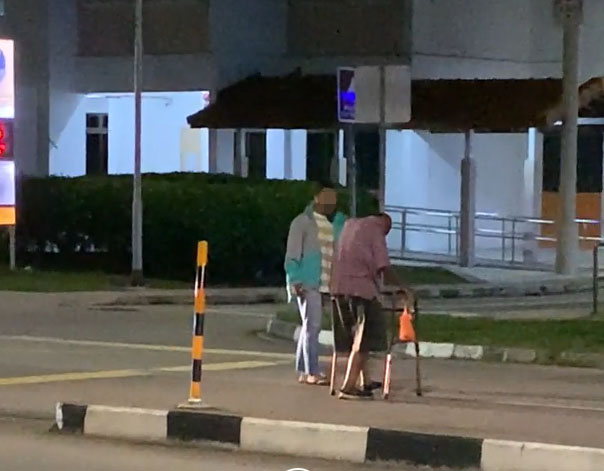 One of them, in what looks like a Deliveroo jacket, followed the elderly man’s pace the whole way, even stopping in front of oncoming vehicles so he could take his time. 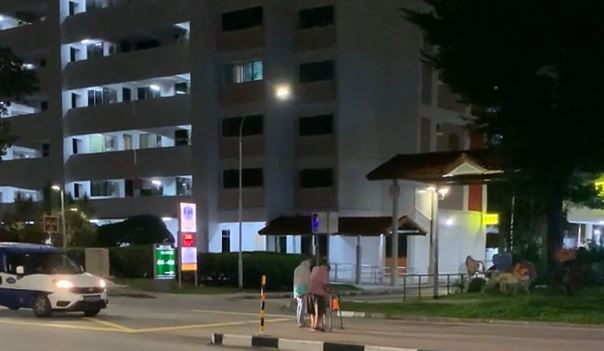 His patience shone through, even as the elderly man reached the other side of the road.

Instead of running back to his bike which he had left on the opposite side of the road, the motorcyclist lingered to ensure that the elderly man was safe.

When the old man appeared to have trouble stepping onto the kerb, he held his hand out to help. 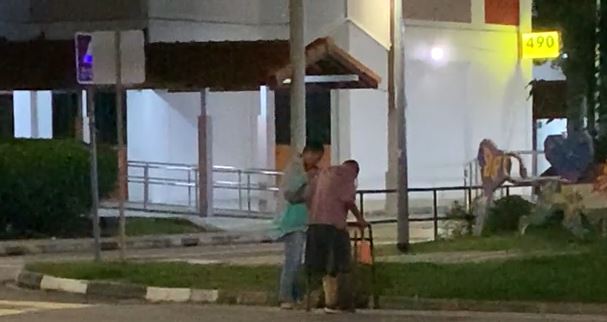 Seeing that he might need assistance, another motorcyclist who had also stopped by the roadside came rushing to help. Together, the two then flanked the elderly man on both sides and managed to get him up the rather high kerb. 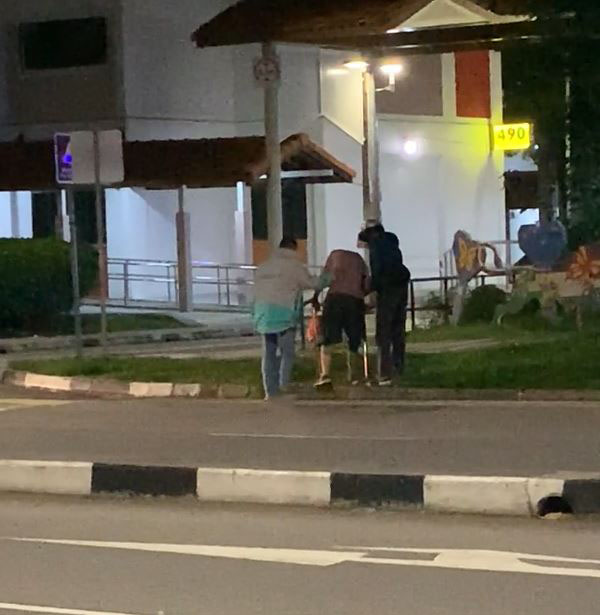 Deserve praises for their kindness

Though small, the motorcyclists’ actions are a huge inspiration for the rest of us.

We’re sure the elderly man was immensely grateful for their help.

Kudos to the young men for their kindness, and let’s hope that more of us will follow their example.