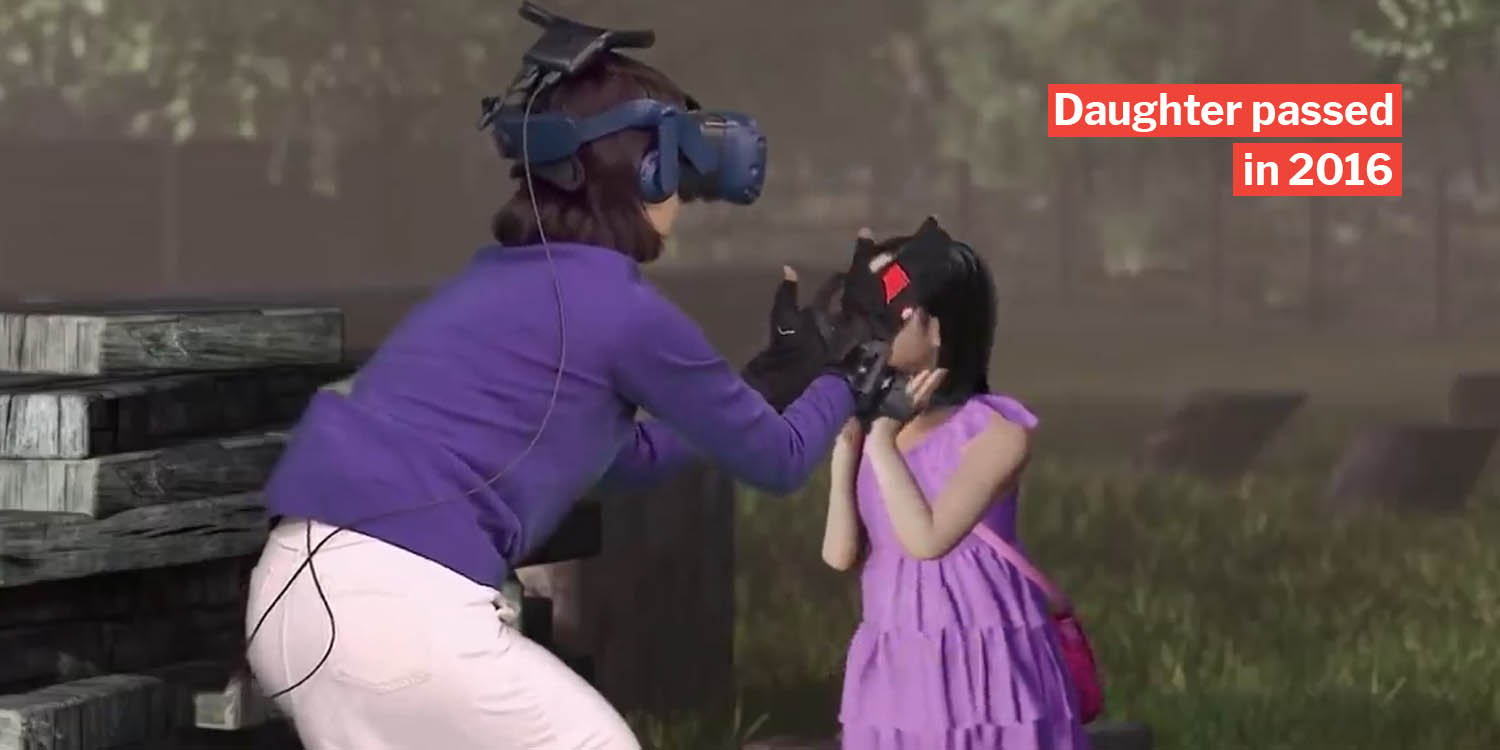 Parting with a loved one is such a devastating experience that the mere thought of never seeing them again makes you tear up instantly. It’s almost as if someone invisible started cutting onions right next to you.

Humankind has delved into the realm of resurrection on a multitude of occasions. From Jesus Christ to zombies, and maybe even Frankenstein’s monster, the idea of bringing someone back to life constantly inhibits the human psyche.

Many people are disgusted – horrified, even – by the mere thought of resurrection. But if it was to see a dearly loved one again, wouldn’t you?

Don’t worry — we’re talking about virtual reality (VR), not resurrection. Because that’s what a South Korean mother, who lost her little girl 3 years ago, got to do.

All thanks to the magic of VR, this mother and daughter were reunited. The South Korean documentary capturing this breathtaking experience titled “I Met You”, just premiered on 6 Feb.

Watch the documentary in full below.

Grab some tissues, you’re in for an emotional ride.

South Korean woman lost daughter in 2016, brought together by VR

According to East Asian news corporation Aju Daily on 7 Feb, the woman, surnamed Jang, lost her 7-year-old daughter Nayeon in 2016 to a rare, incurable disease.

It wasn’t easy for he production team to create the moment. Using virtual reality (VR) technology to recreate Nayeon’s face, body, and voice was a just sliver of the process. They had to recruit a child model so they could superimpose Nayeon onto her, and make the digital experience look and feel more believable.

Even the site of the reunion was spared no expense. The park was painstakingly recreated based on Jang’s own memories with her daughter, for the most realistic experience possible.

The production team worked tirelessly for 8 months to ‘reunite’ the mother and daughter.  After nearly a year, the grief-stricken mother finally got to ‘see’, ‘hold’, and hear her precious little girl again.

Mother cried once she heard her daughter’s voice

We first see the VR version of Nayeon coming from behind a park table, calling out “Mum!” in Korean. Her innocent, young voice echoes,

Where have you been, mum? Did you think about me?

As expected, Jang started sobbing and replied “I do all the time.”

Nayeon continues to tell her mother heart-slicing confessions, like “I missed mum a lot”, and “mum, please hold my hand.”

Wearing gloves, Jang reaches out to hold her daughter’s hand as rivulets of tears spill forth.

The gloves – designed for VR experiences like this – mimic the feeling of Nayeon holding her hand. Naturally, Jang cries even harder at this, telling her daughter how much she missed her as well.

Reaching out to hold her daughter, Jang strokes her hair as she asks how she’s been, then continues telling her how much she’s missed, as tears leak through the VR goggles.

The bittersweet encounter didn’t end there.

Later in the video, Nayeon leads Jang to her play area where they celebrate Nayeon’s birthday.

Jang even gets to put the candles on her daughter’s cake and get her picture taken in the VR experience.

Nayeon’s father and siblings watch tearfully as Jang sings happy birthday with her, dabbing furiously at their eyes when she wishes for her mother not to miss her anymore.

The rest of the experience includes Nayeon downing her birthday seaweed soup, giving her mother a sprig of flowers and saying goodbye as Jang tucks her into bed.

Just like VR brought this mother and daughter together, it pulled them apart. The animation ended, and Jang had to say goodbye forever, this time.

Mother wanted to comfort others who’ve lost loved ones

According to Aju Daily, Jang guested on the show to comfort those who have “lost a child like (herself), or who (have) lost a brother or a parent”.

Encountering her daughter via VR must have been a surreal and painful experience for Jang. It’s wonderful that she wanted to share it with others so they wouldn’t feel alone.

We sincerely applaud her for sharing her suffering with others. Losing a loved one can be difficult to accept, much less confront on national television.

Grieving is a difficult process, and people often need lots of support to get through it.  Anyone who’s experienced loss can relate to Jang’s experience, and will benefit from watching this documentary.