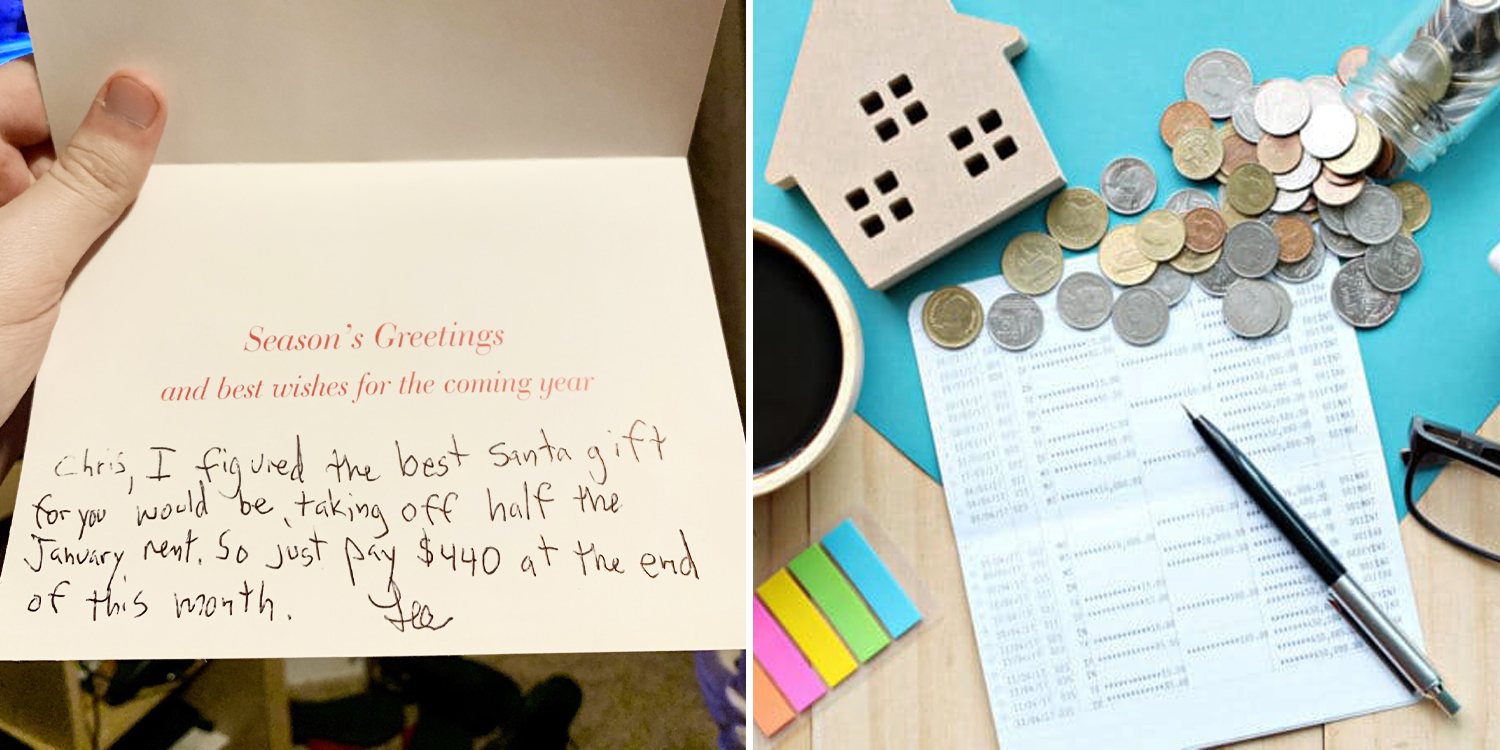 It was his only Christmas gift that year.

Landlord Waives Half The Rent, Giving Tenant His Only Christmas Present

The Covid-19 pandemic has caused an economic downturn that has made finances tight for many.

For some, even putting a roof above their heads can be a real challenge in such hard times.

One man took to Reddit to share about a Christmas gift he received that made all the difference to him.

That gift – the only one he received for Christmas – was his landlord cutting half his rent for Jan. 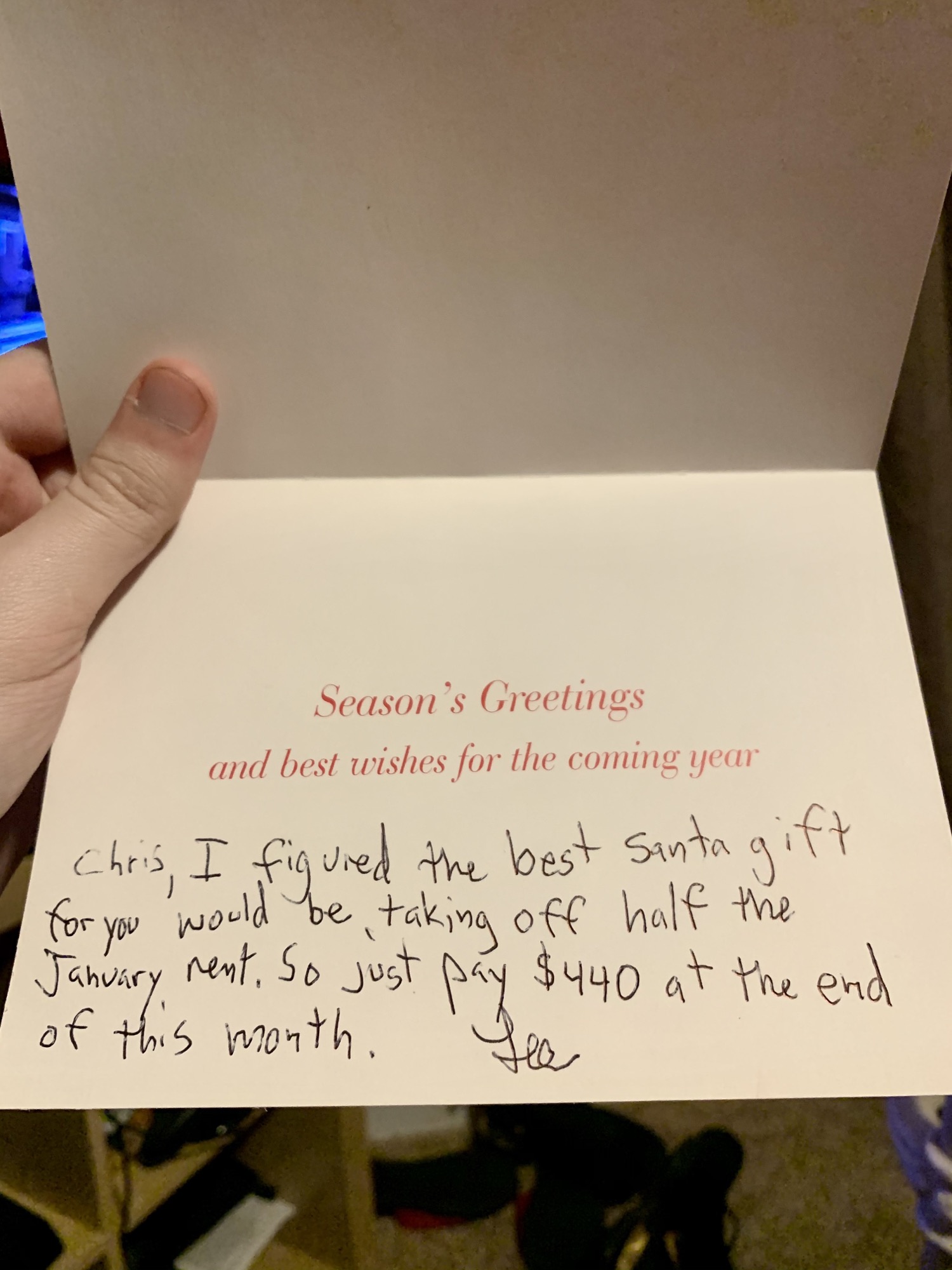 Touched, the man said that his landlord did not even know that he has been struggling financially.

According to his post on r/pics on Christmas Day, the man woke up to a card from his landlord.

It was an unexpected surprise when he opened the Christmas card to see his landlord’s handwriting scrawled on it.

His landlord wrote that he figured the best gift he could give him is taking off half of Jan’s rent.

Tenant has been struggling but landlord did not know

The tenant shared that his landlord’s gift was the only Christmas gift he had gotten that year.

He was currently living away from his family who wasn’t well off and could not afford to send gifts.

This gesture was especially heartwarming because he has been struggling financially but had never shared that with his landlord.

MS News has contacted the man for more information.

Netizens were moved by the Redditor’s sharing, heaping praises for the kind landlord that made the offer in such a tough economic climate.

It warmed the hearts of many and netizens thanked him for sharing the story.

Another netizen expressed that although it was his only gift, he certainly received a wonderful one — perhaps quality is better than quantity.

For some others, it was nice to hear of such a kind gesture by a landlord.

Kudos to the kind landlord

It is in the toughest of situations that humanity truly shines.

Kudos to the kind landlord for thinking of his tenants and offering them such relief amidst challenging times.

It has certainly shown us that kindness truly counts and the impact of such gestures cannot be measured.