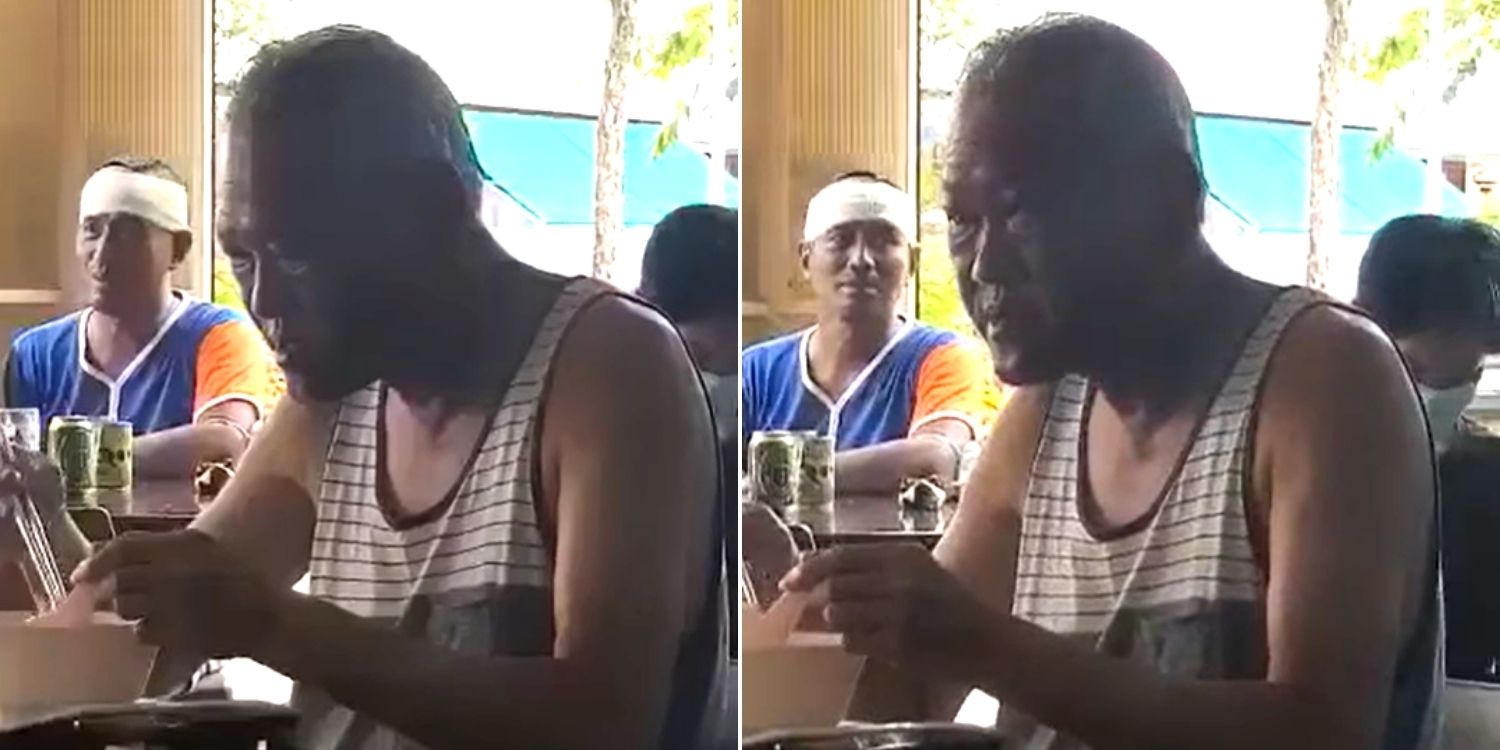 Luckily, the sighting was in broad daylight and not at night.

Lee Kuan Yew Doppelganger Spotted At Coffee Shop On 18 May

The term doppelganger is used to describe someone who is a spitting image of another, although they are entirely biologically unrelated.

While it’s incredibly rare to meet one in person, it’s not entirely impossible, as seen in this video posted on 18 May.

In the clip, a man resembling the late Mr Lee Kuan Yew chows down on a meal at a coffee shop.

Perhaps it’s the camera’s angle, but the uncanny resemblance left the Internet shook.

The video, which a Facebook user shared in the Singapore Incidents group, left commenters reeling from laughter, and they spared no expense when cracking jokes.

One joked that the man was the late Mr Lee’s body double. He had probably lost his job since the Minister Mentor (MM)’s passing.

With the latest release of the CDC vouchers, another person suggested that he might be taking the opportunity to use them to pay for his lunch.

Considering how eerie it must be to see the likes of someone who has passed, a Facebook user said the OP should count his lucky stars that the encounter happened in broad daylight.

A comment on a similar post by Facebook page Mediacock Singapore quoted the late MM Lee’s famous words that he would return from his grave if he felt something wasn’t right.

Jokes aside, the doppelganger’s sudden appearance gave many people a good laugh.

Though it has been seven years since Mr Lee’s passing, people’s immediate recognition of his appearance, albeit via a doppelganger, shows how familiar he has become to Singaporeans of all ages.

Perhaps it also implies just how big of an impact he had left on the country.

We’ll likely never know the identity of his lookalike, but it sure was a treat seeing the man in such a humble setting.