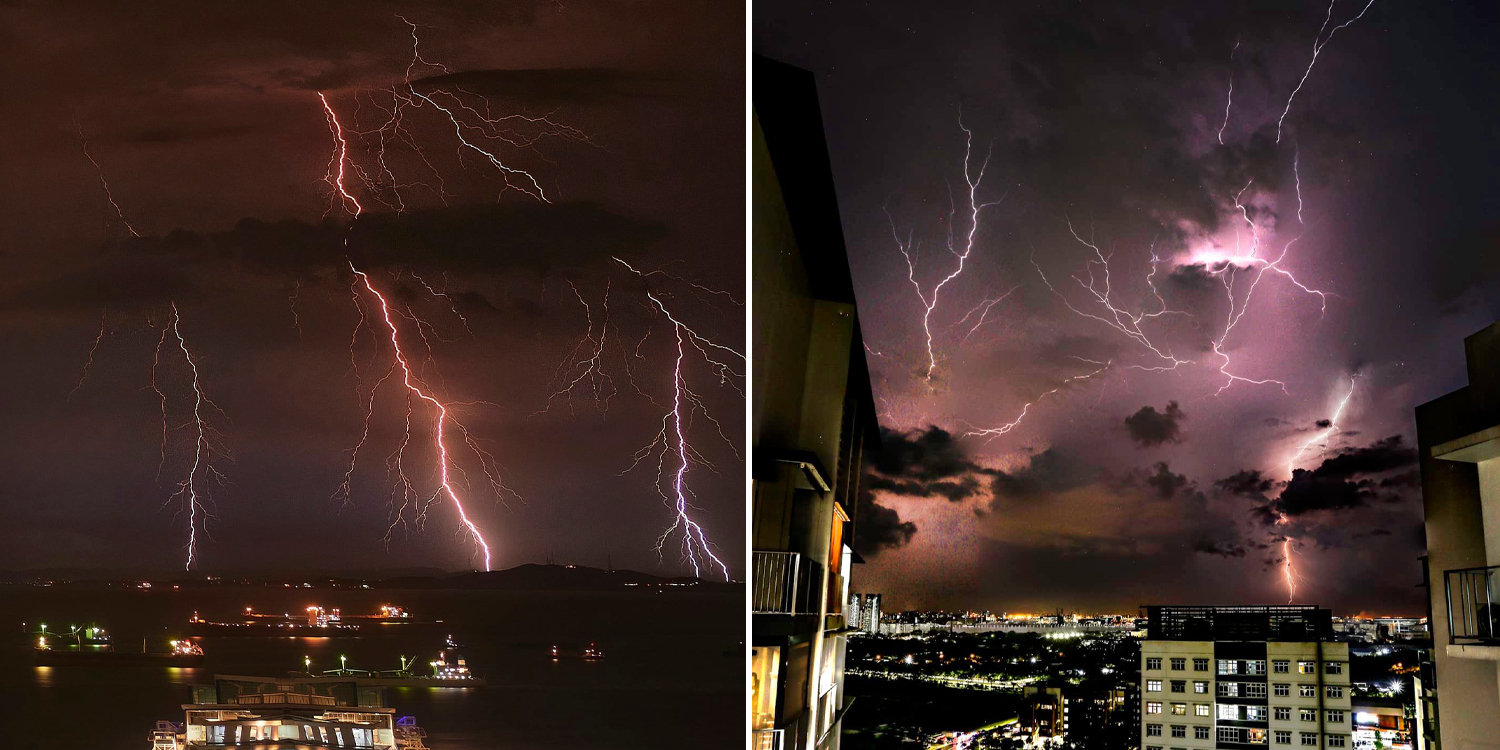 April is set to be a month of thunderstorms and with that comes nature’s very own light show, featuring lightning strikes that are both haunting and beautiful. 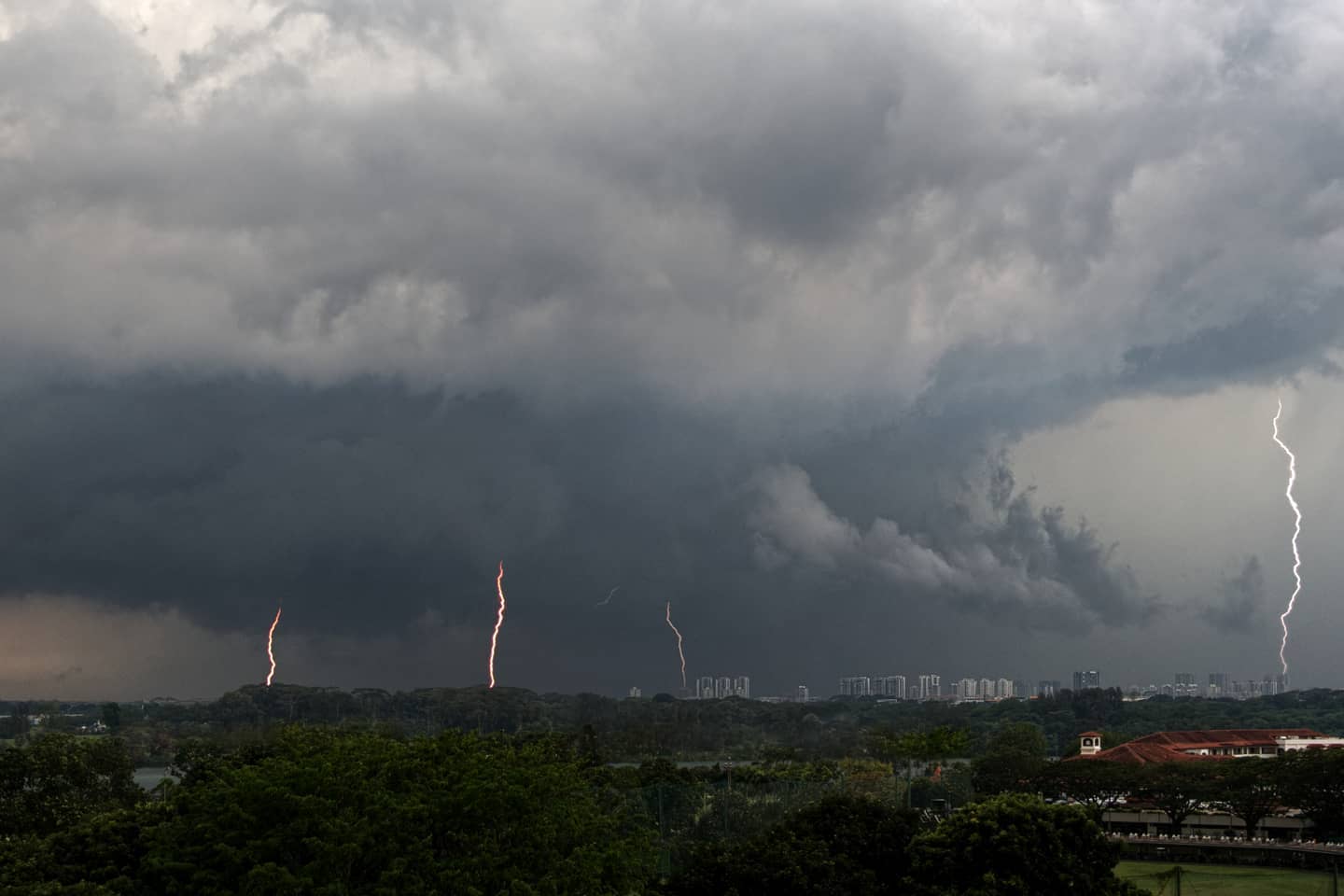 On Saturday (3 Apr), many took the opportunity to capture stunning shots of lightning illuminating our skies.

Here’s some of the electrifying shots shared on social media.

Nature put up quite a show as lightning streaked through clouds all over Singapore on 3 Apr.

At what appears to be Marina Bay area. a photographer managed to capture the stunning sight of multiple lightning streaks zapping over the coast. 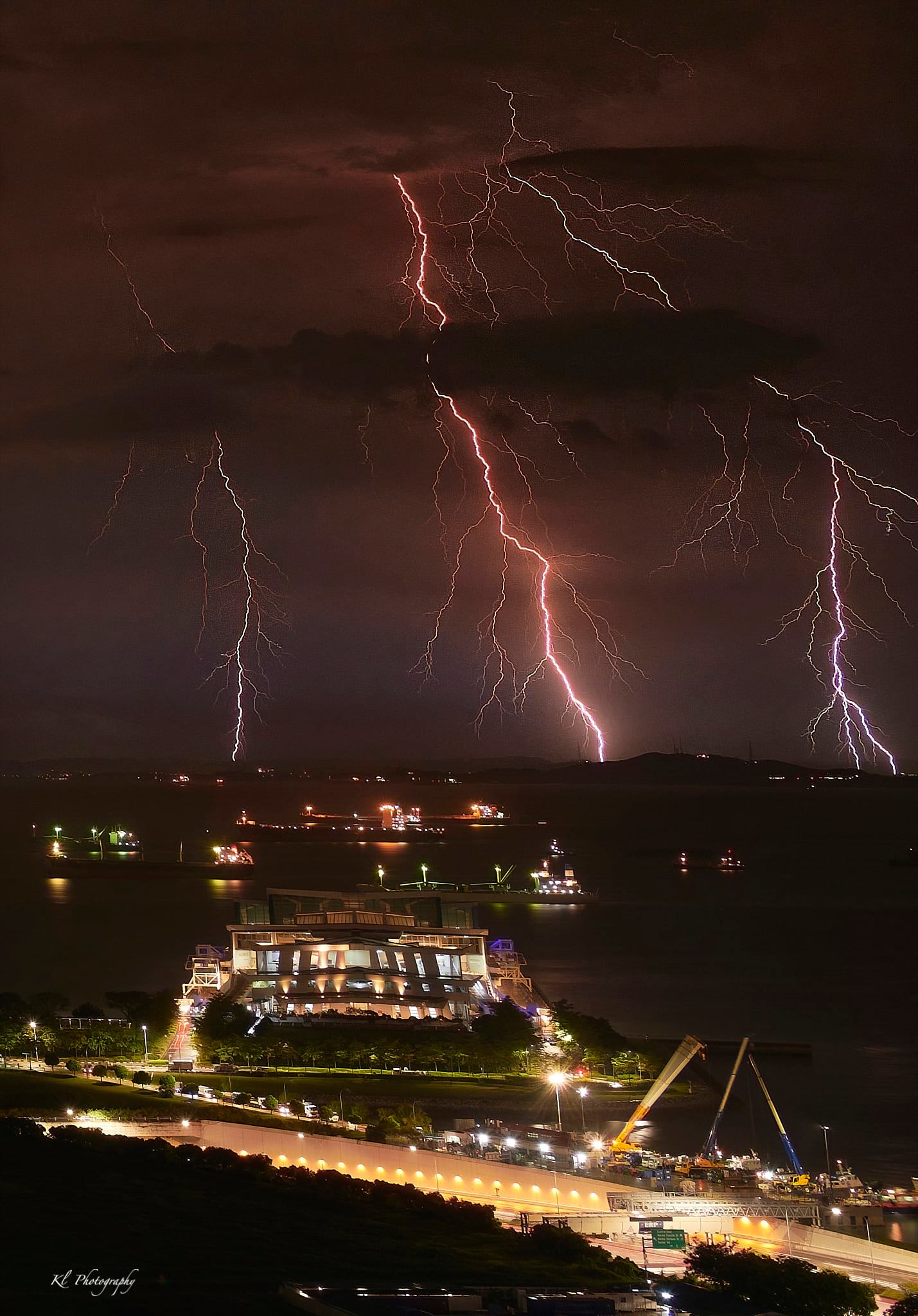 Skies were coloured with an eerie red by the powerful strikes from the ether. 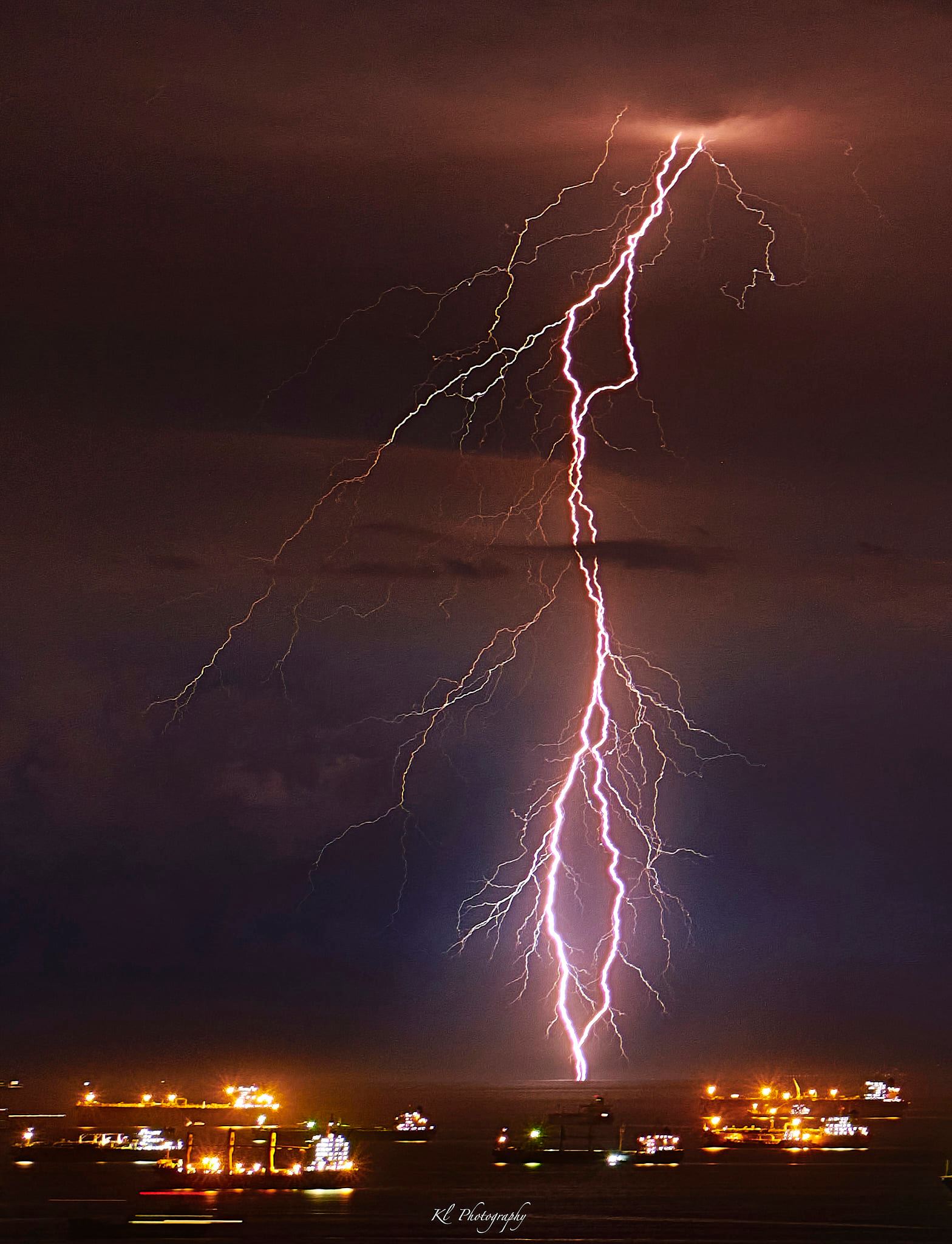 Skies illuminated by lightning all over Singapore

At Queenstown, a netizen captured a video of dark clouds being illuminated a striking purple as lightning bolts scorched the sky for a brief moment.

She also managed to catch some of streaks in perfectly timed stills.

In a portrait shot of the gloomy sky, a photographer caught the lightning bolts streaking down from the heavens right down to the buildings. 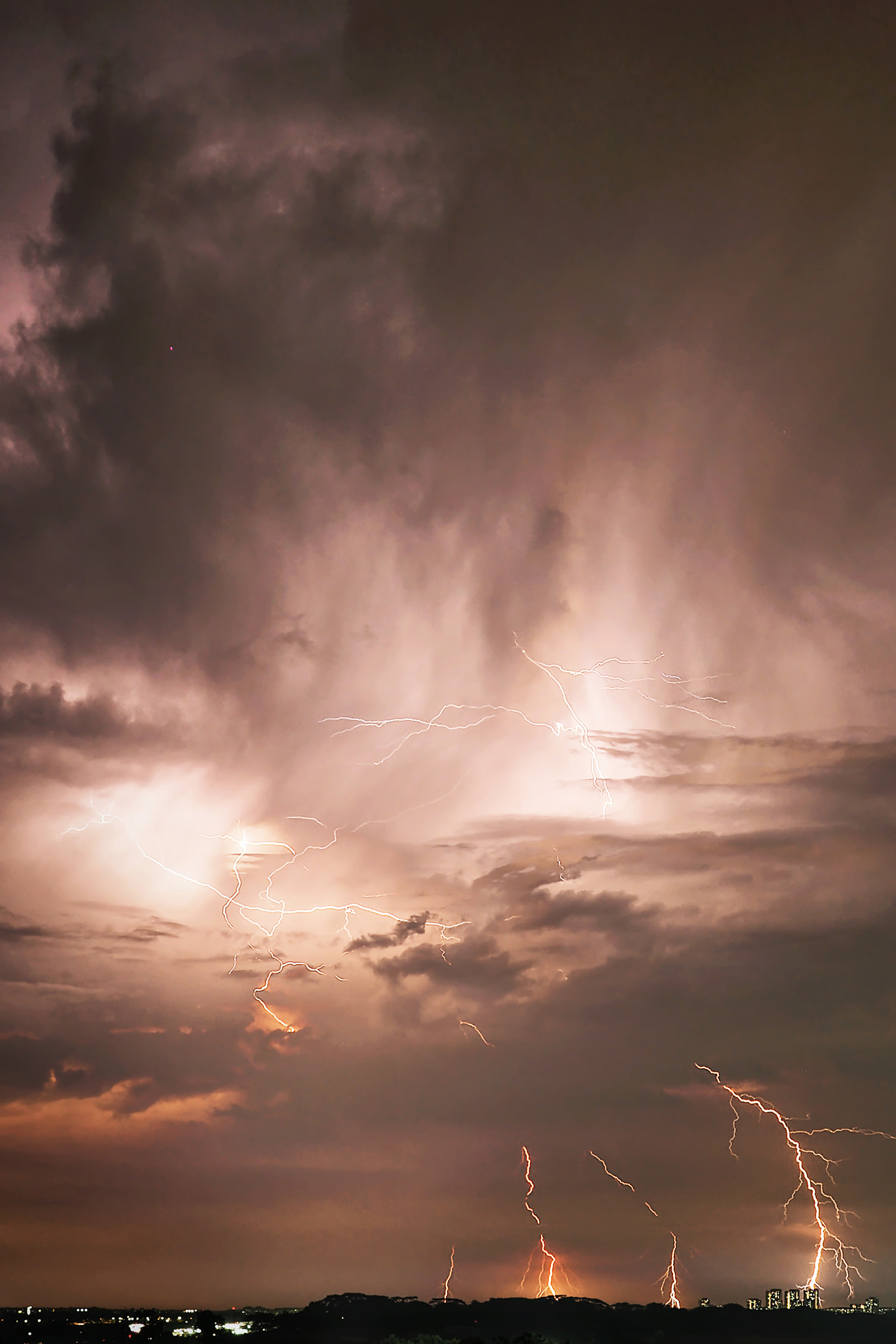 In his post, he shared that the building that was seemingly struck by lightning stood at over 30-storeys tall.

Witnessing such a magnificent sight, he couldn’t help but feel small in comparison to all that nature has to offer.

Lightning tears through the sky in the West

For the past few days, as rain clouds loomed over Singapore, we have been graced with electrifying lightning displays.

Here’s a breathtaking photo that a photographer captured from his home at Jurong on 2 Apr. 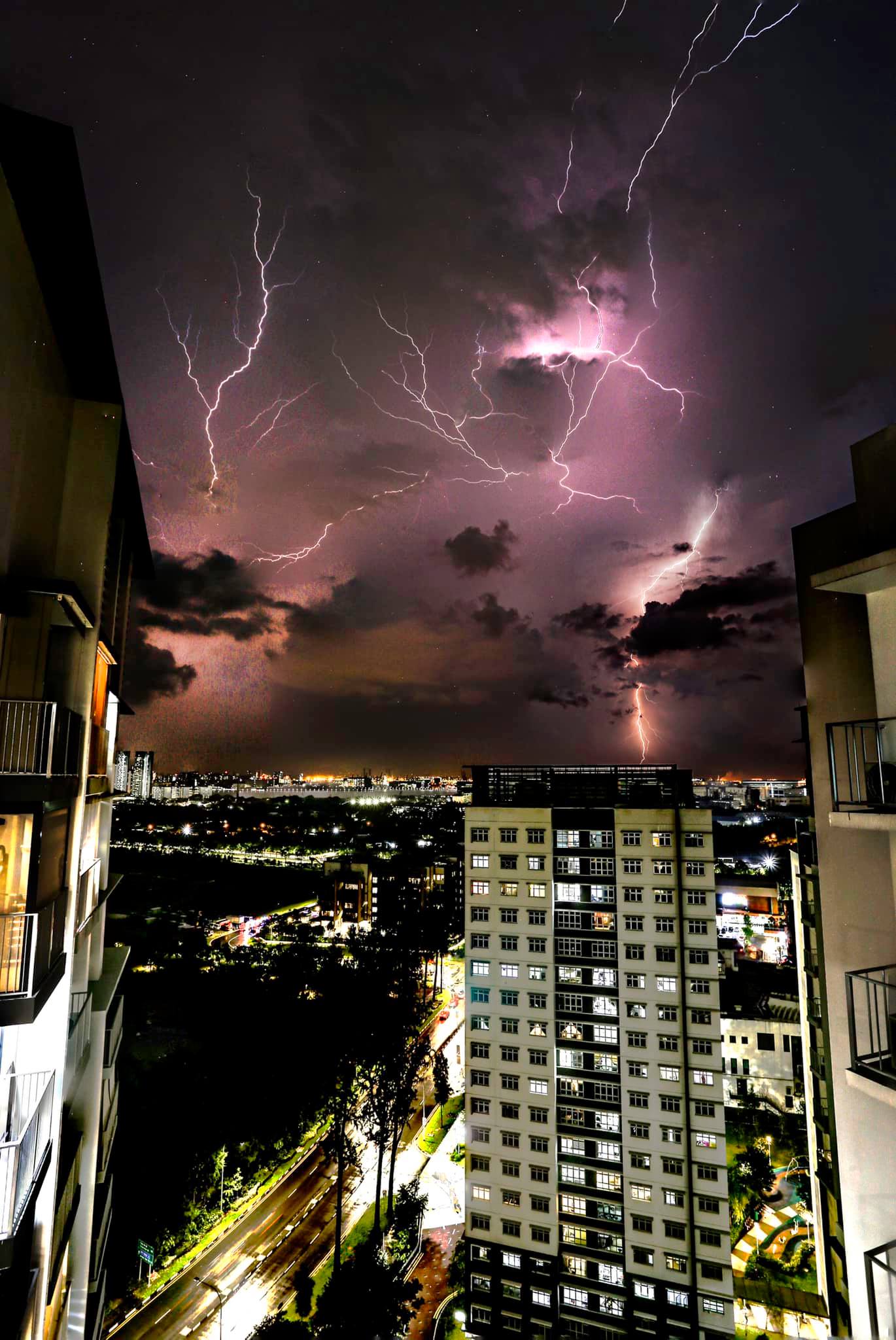 Multiple bolts of purple lightning can be seen tearing through the dark clouds over the buildings. Thunderstorms to persist next 2 weeks

These are certainly some spectacular shots of the striking natural phenomenon.

If you didn’t manage to catch the lightning show put up by Mother Mature the past few days, perhaps you can watch the skies more often in the evenings as thunderstorms are set to persist for the next 2 weeks.

Hopefully when the next storm hits, you’re all safe and warm indoors without having to fend for yourself against the elements.