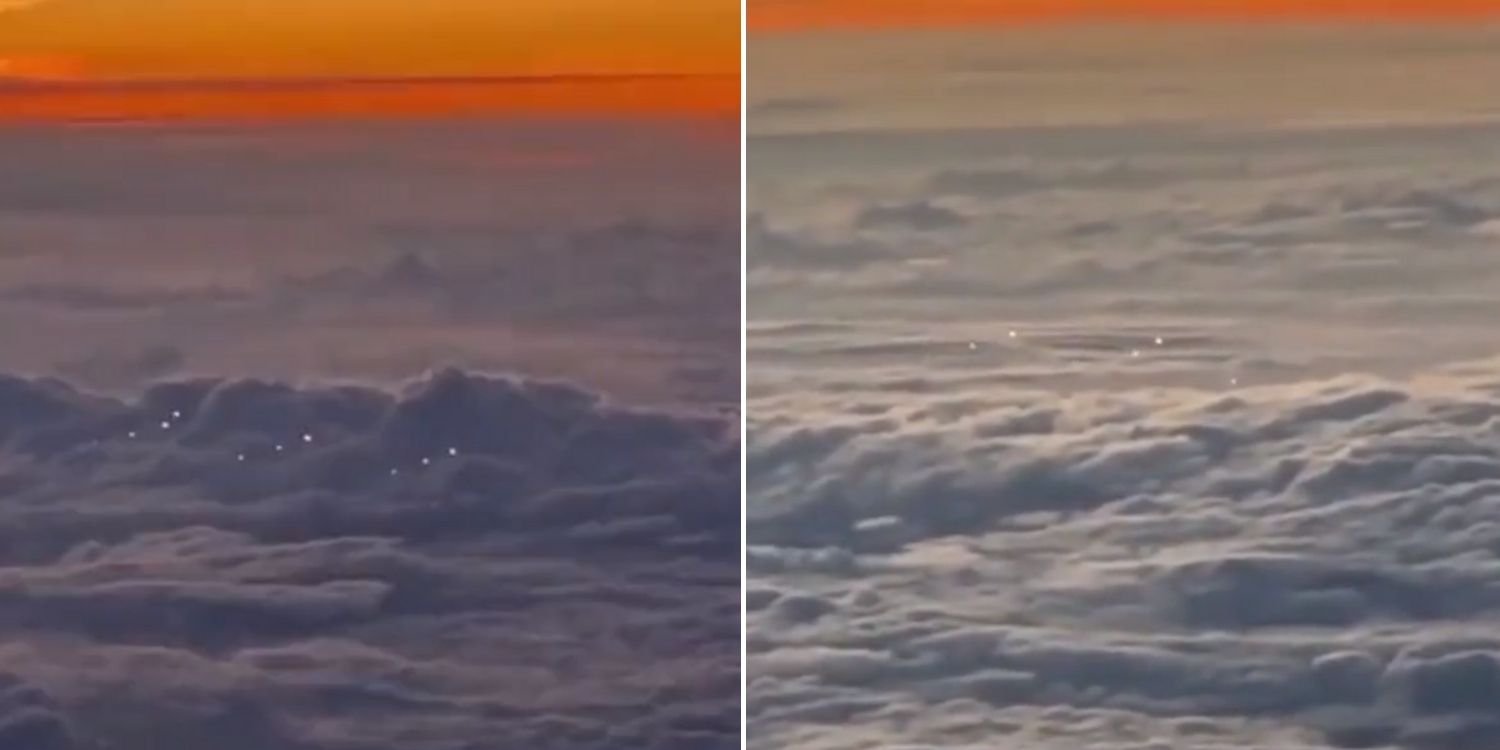 The Pentagon also recently called a hearing discussing UFOs for the first time in 50 years.

Earthlings have an endless fascination with extraterrestrial beings. It seems like every time a strange phenomenon happens, people are quick to label it as alien activity.

A pilot claims he saw a fleet of #UFOs over the Pacific Ocean. The video was shot at around 39,000 feet. 🛸👽

The suspected #alien aircraft took the form of ‘weird’ rotating lights moving across the sky. 😳

What are your thoughts on the footage? 👀🤔 pic.twitter.com/N0I2WS2kYq

Officials testified that there have been about 400 reports of “unidentified aerial phenomena” and called them “a potential national security threat”.

According to American Military News, the pilot who recorded the footage was flying over the South China Sea near Hong Kong at the time.

The clip shows the lights moving in a strict formation, floating slowly over the clouds. More lights seem to appear and disappear as the video plays.

The clip gained significant attention from Twitter users, who shared their theories.

Some pointed out that it could just be reflections from the cockpit, while others said it could be a flock of birds.

There were also those who stated that it could be a sign of military activity, specifically military flares.

Whether it was drones or a hapless Martian losing his way, such sightings are allegedly becoming more frequent.

The Pentagon recently held a hearing for the first time in 50 years to discuss these “unidentified aerial phenomena” (UAP).

Officials said they have received about 400 reports of these strange sightings from pilots and service members, CBS News reports.

What’s curious is that the sightings were “frequent and continuing”, often happening in military locations or designated airspaces.

The hearing came after a 2021 report stated that “UAP clearly pose a safety of flight issue and may pose a challenge to US national security”.

During the hearing, US representative André Carson reportedly emphasised the need to investigate the UAP and mitigate any possible threats.

The mystery of the strange lights rages on

Just like numerous other alleged UFO sightings, these lights hovering over the South China Sea are indeed baffling.

Could they mean that we should be gearing up for an encounter with the supernatural? Or have we been watching too much of “The X-Files”?

Whatever it is, it looks like the mystery of the floating lights will remain unsolved.