While most of us may be able to keep our judgments to ourselves after seeing something that’s not the norm, some others can’t seem to.

A LiHO customer at their Compass One branch posted on Facebook on Thursday (13 Feb) about an unpleasant experience she allegedly had while ordering a drink there.

The customer explained that because of her anemia and sleeve gastrectomy – in which part of the stomach is removed – she does not eat much and relies heavily on sugar to stay awake.

Due to these circumstances, not consuming a high amount of sugar would cause her to feel faint.

Thus, she ordered her usual jasmine green tea with 130% sugar from LiHO, expecting nothing more than “simple service”.

However, the staff, consisting of two girls, appeared to be laughing over the order. 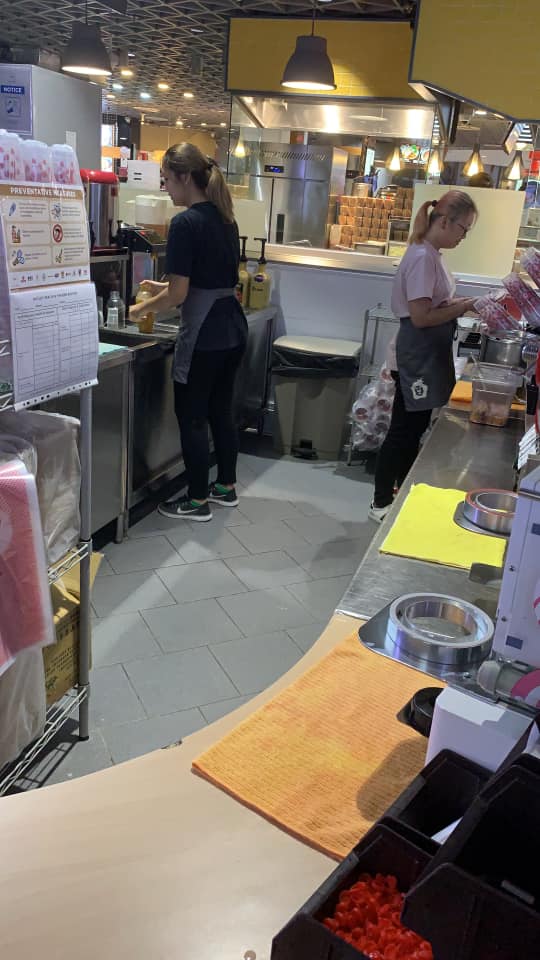 The customer claimed that they looked at her while laughing and repeatedly said “130% omg!” as though it were a laughing matter.

One of the girls then allegedly said,

Oh nevermind lah! She will die from diabetes

Understandably, the customer was shocked at this behaviour, but it was only getting worse.

Apparently, the other staff member poured out part of the drink to give her “partner” a try – who then ended up vomiting it out.

All the while, they seemed to be having fun at the customer’s expense.

The customer expressed her unhappiness over being openly judged for her choice of drink.

Oblivious to her circumstances, the staff members had exhibited some horrifying behaviour.

Telling your customer that they’ll get diabetes is probably the last thing any bubble tea store should be saying.

On top of that, they even sampled and spat out the drink, laughing all the while.

LiHO Singapore aware of complaint and are investigating

The staff members appear to be relatively young, which may have contributed to their behaviour.

However, what they allegedly did is beyond immature and no matter the order, they should never openly mock the customer.

LiHO Singapore issued an official statement on Saturday (15 Feb), stating they were aware of the complaint and were investigating. 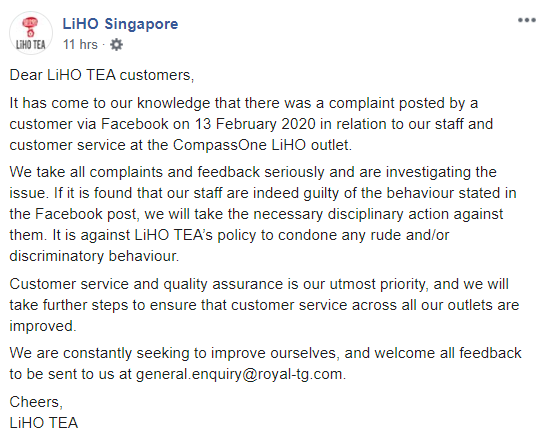 There’s a lesson to be learned here. Before we hear about someone’s experiences, we should never assume that we know more about them than they do.

So as cliched as the saying goes, you really shouldn’t judge a book by its cover.