When we go for overseas holidays, we usually expect to have a whale of a time.

However, for a traveller, Ms Tan, her Bangkok holiday turned into a nightmare when a hotel staff member stole a diamond ring and cash from her room. 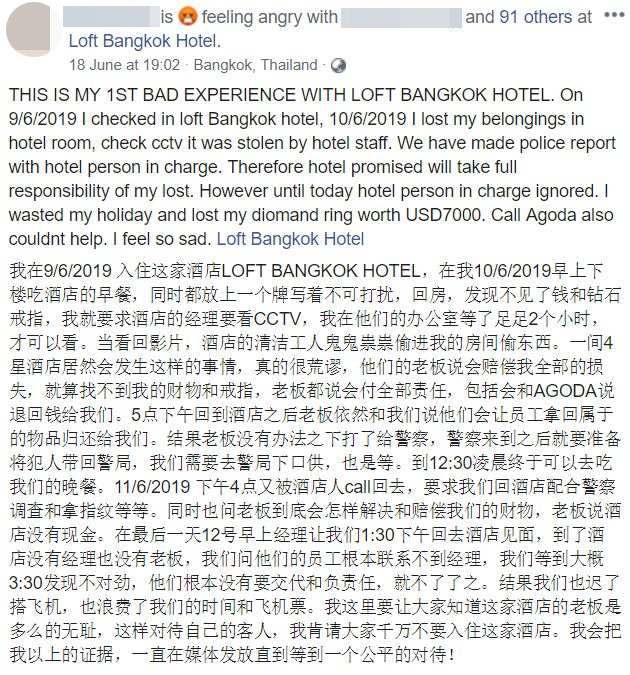 I checked into Loft Bangkok Hotel on 9 June 2019. The next morning, I put up the “Do Not Disturb” sign at my door and went downstairs for breakfast. When I returned, I discovered my money and diamond ring went missing, so I requested the hotel manager for the CCTV footage. I waited 2 whole hours at their office before getting to see the footage which revealed a hotel cleaning staff had suspiciously entered my room to steal. Outrageous that this could happen at a 4-star hotel. The boss told me they’ll compensate me all my losses, and even if my items can’t be found, they’ll take full responsibility for the matter. They also said they’ll get us a refund from Agoda. When we returned to the hotel at 5pm, the boss said they’ll get the staff to return the stolen items. In the end, he failed to do so and called the police who came to take the staff away. We had to go to the police station to make a statement as well which was another long wait, we could only have our dinner at 12.30am. On 11 June at 4pm, we were out when the hotel called us back to assist in police investigations. We pressed the hotel boss regarding the compensation he promised and he replied that the hotel didn’t have any hard cash. On 12 June, our last day in Bangkok, the hotel manager asked to meet us at the hotel at 1.30pm, but when we reached, neither the manager nor the boss were there. Even the other hotel staffs couldn’t find them, and we waited for 2 hours feeling something was amiss — they weren’t planning to take responsibility at all. In the end, we were late for and missed our flight, wasting both our time and the plane ticket. Here, I would like to let everyone know how shameless the hotel boss is. I’m appealing to everyone not to book this hotel. I will post all the evidence I have online and to the media, until I get the treatment I deserve! 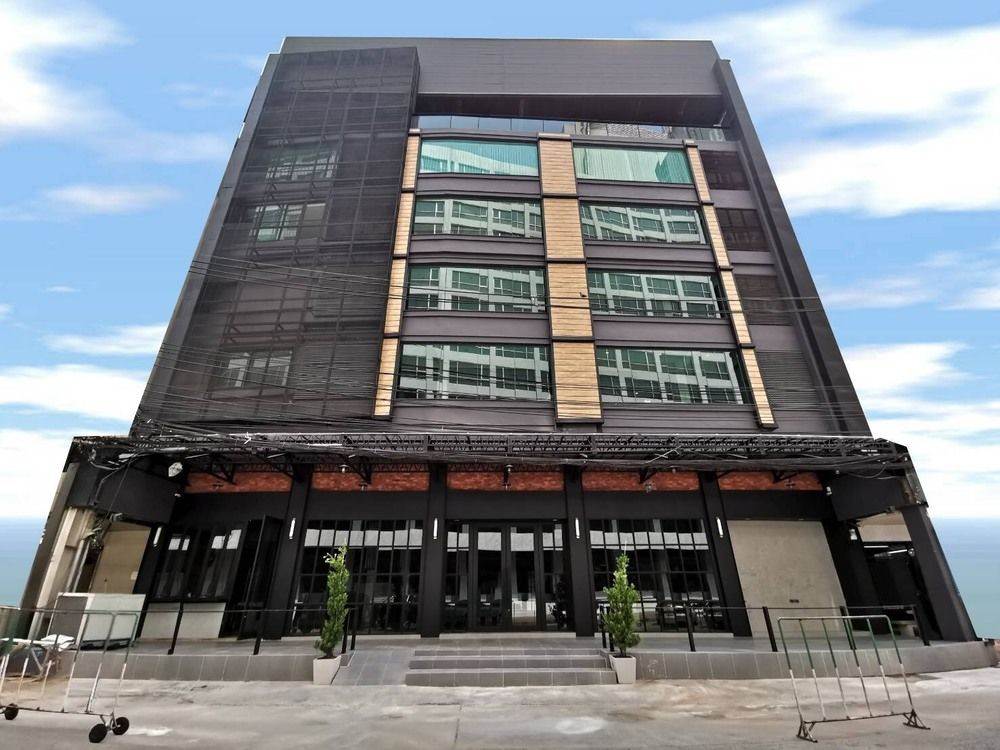 The next morning, she went downstairs for breakfast at the hotel, but returned to find her money and a diamond ring, worth about S$9,500 (USD7,000), missing from her room.

Suspecting theft, she requested for the CCTV footage from the hotel manager which showed a hotel cleaning staff entering her room suspiciously.

This was despite the “Do Not Disturb” sign she claimed to have put up before leaving the room for breakfast.

Never got her items back

According to Ms Tan, the hotel boss told her they would compensate her and take full responsibility.

They also promised to help her get a refund from Agoda, presumably the online hotel booking site where she booked the hotel.

However, Ms Tan said she waited an extremely long period of time for the hotel management and the police to investigate the matter.

On her last day in Bangkok, she claimed that both the hotel manager and the boss were nowhere to be found and she wasn’t able to get any word on the promised compensation.

In the end, she was late for her flight and her missing items were never found.

A day after Ms Tan’s post went viral on Facebook, Loft Bangkok Hotel released a statement on their page, claiming the incident wasn’t entirely their fault. In their statement, they made clear that the hotel provides a safety box in the rooms for all guests to store their valuables.

The hotel also has a notice in every room advising guests to use the safety box or keep high-value items with them all at times.

In addition, they claimed there wasn’t a “Do Not Disturb” sign hung at the room door, so the hotel housekeeper could enter the room.

When they knew of the incident, the hotel took swift action and called the police. 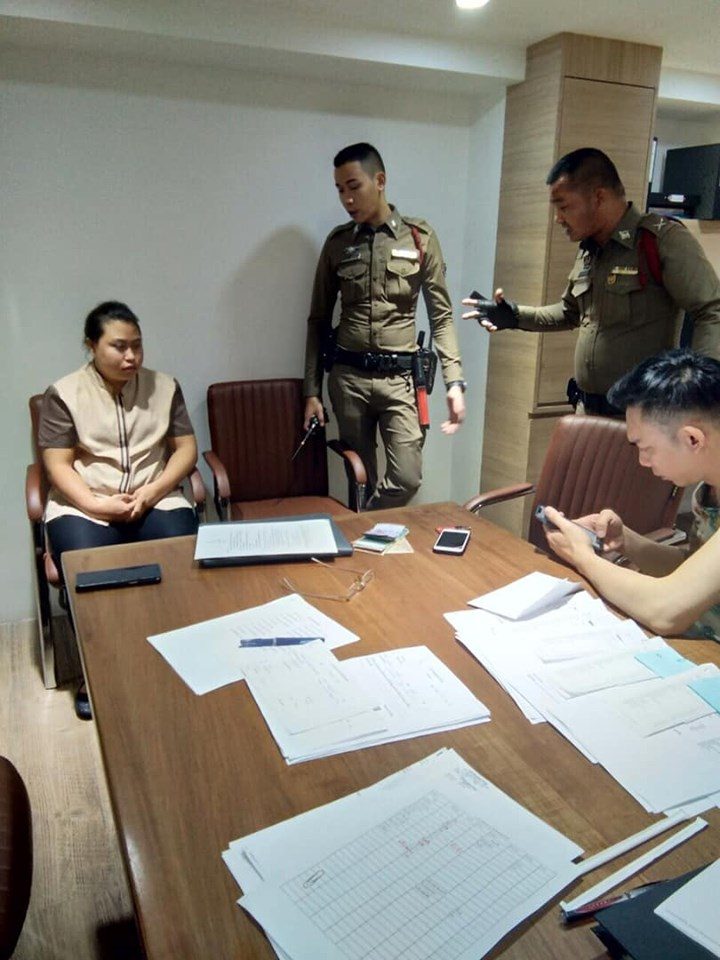 They also compensated Ms Tan for her transport to the police station, and fired the alleged thief despite having no concrete evidence of the theft.

They ended their post saying they have done all that they could regarding the matter.

Keep belongings securely at all times

Now that both sides of the story have been shared, we hope the parties involved will reach an amicable settlement.

That being said, it always pays to be vigilant and we should constantly look out for our own valuables, especially when we’re overseas.

Featured image from Expedia and Loft Bangkok Hotel on Facebook. 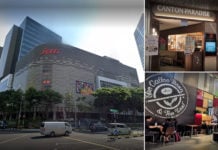