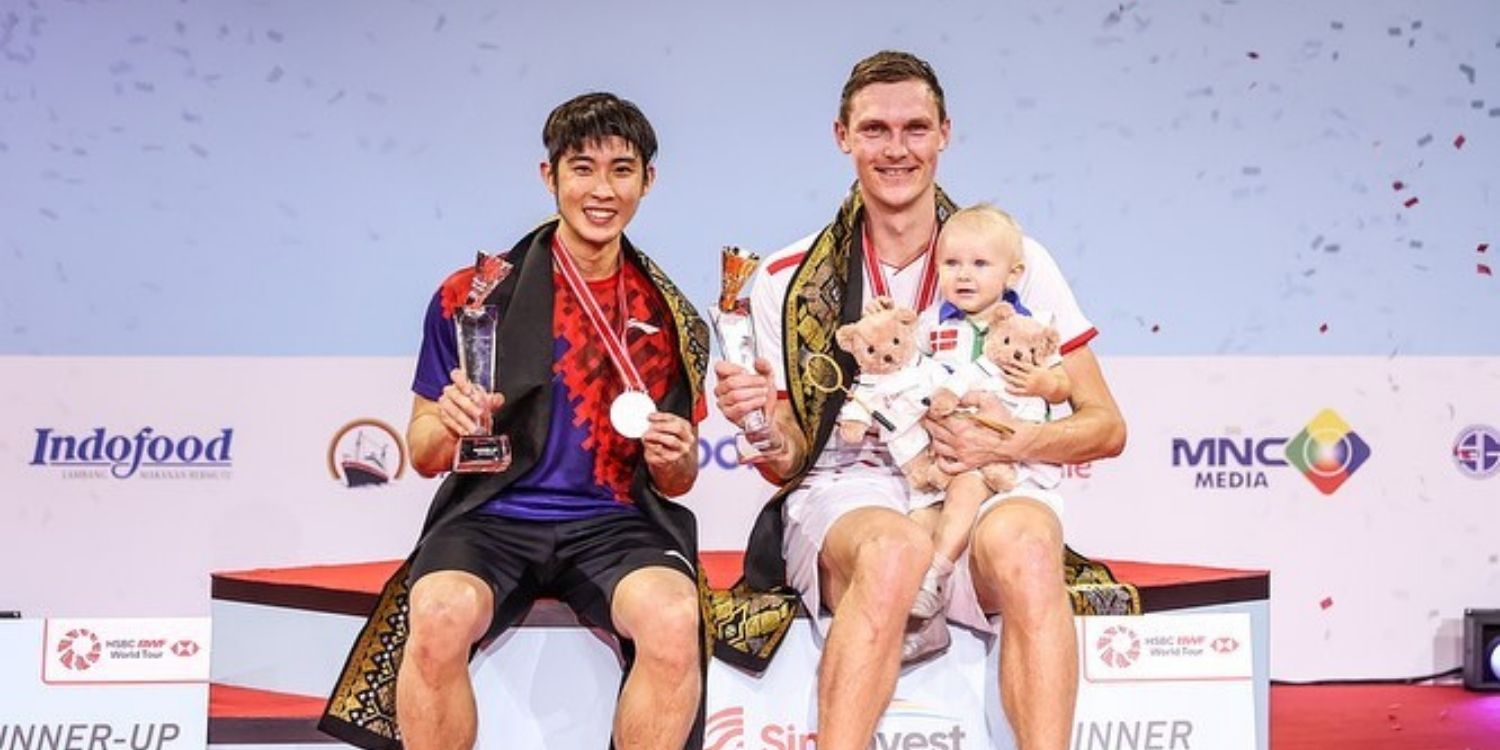 Being a small nation, it’s tough for Singapore to produce many medal-winners on the world stage.

That’s why many of us followed shuttler Loh Kean Yew‘s progress in the Indonesia Open with great interest.

Singaporeans were rewarded when he eventually finished runner-up against a formidable opponent. 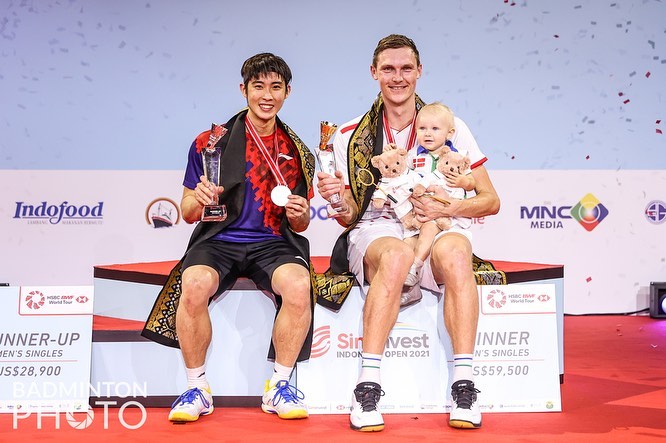 He’s indeed made Singapore proud for going this far, notching up a few notable milestones on the way.

At the final hurdle, he had to face none other than Dane Viktor Axelsen, who’s not only ranked No. 2 in the world, but won a gold medal at the 2020 Tokyo Olympics. 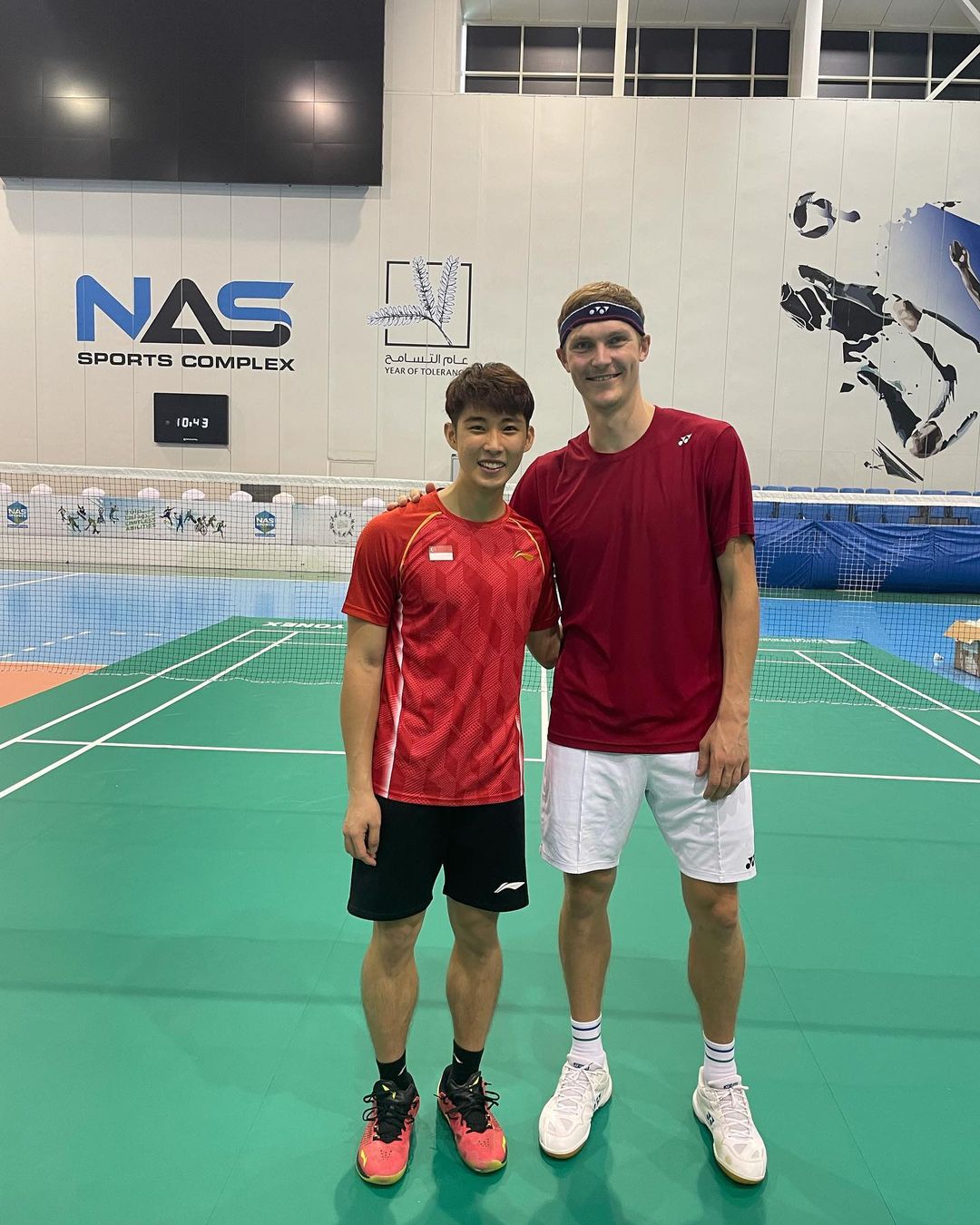 The pressure was on for the 24-year-old Singaporean world No. 26 to give a good account of himself.

Before even reaching the final, Loh had already notched up a few milestones.

He made the world sit up and pay attention to our little nation when he defeated world No. 1 player Kento Momota at the Round of 16.

Loh’s feat of making it to the final is also the best performance by a Singaporean male shuttler since 2004, when Ronald Susilo won the Japan Open.

Loh gave champion a run for his money

In today’s final, Loh continued to acquit himself well.

That’s the 1st and only set the Dane dropped in the whole tournament, Mr Tong said.

Though Axelsen led early in the 1st set, Loh managed to even the score up at 6-6. But Axelsen stormed back to win the set in 21-13 in 19 minutes. 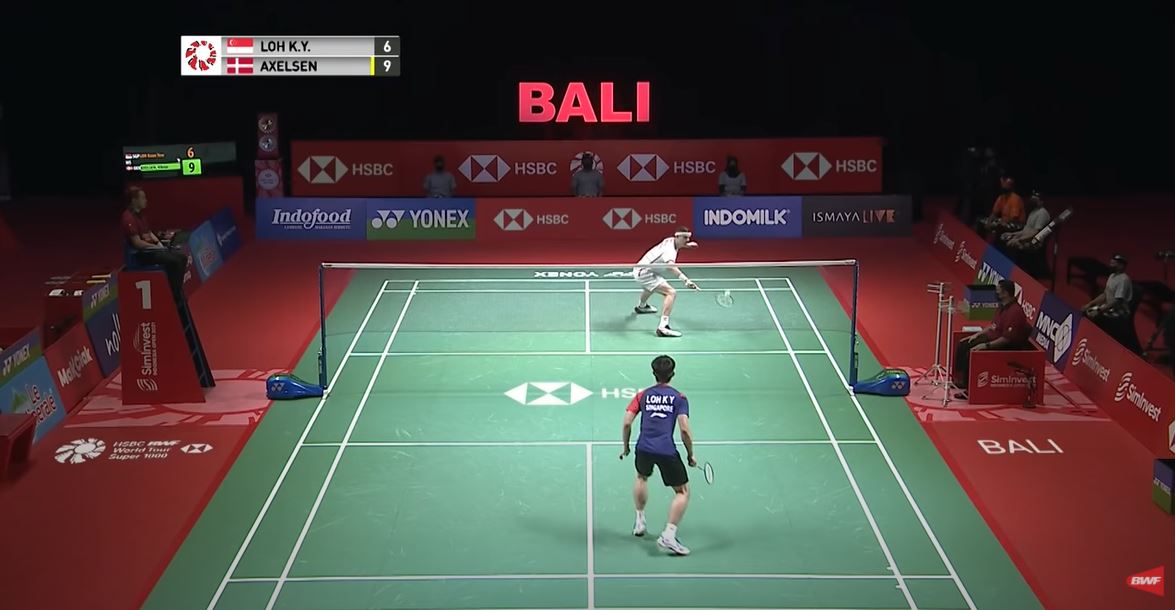 Despite losing the 1st set, Loh didn’t cave in and went for the jugular instead. He scored a morale-boosting 9-21 victory in the 2nd set. 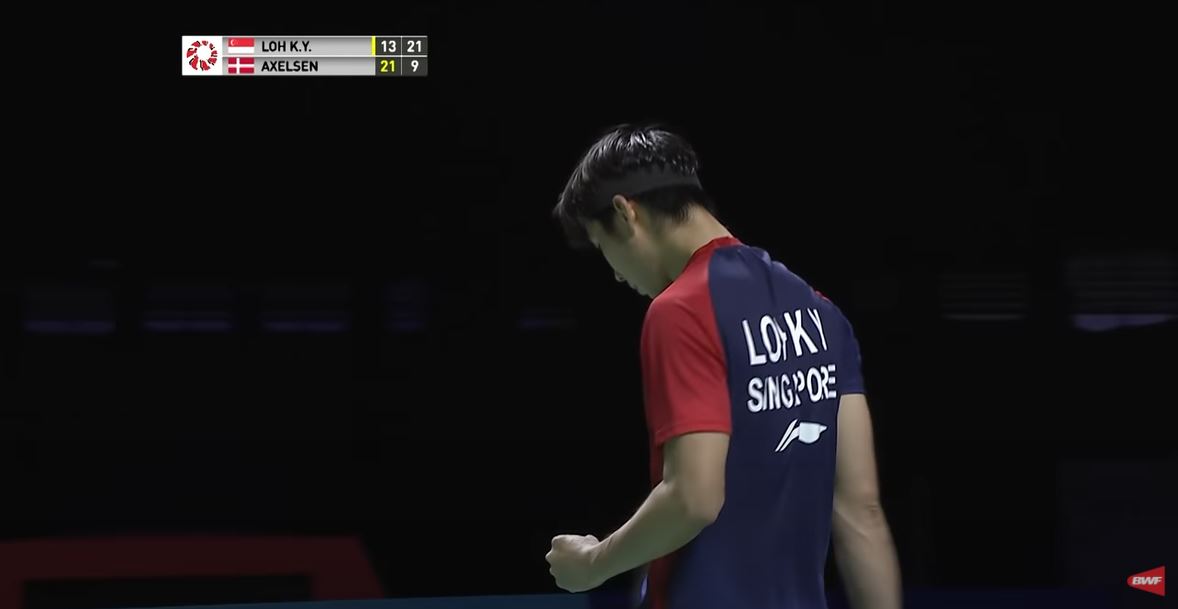 This was the 1st time Axelsen had lost a set in this tournament – he won all his previous games in 2 straight sets.

Alas, Loh went behind early in the 3rd set and went on to lose the match. 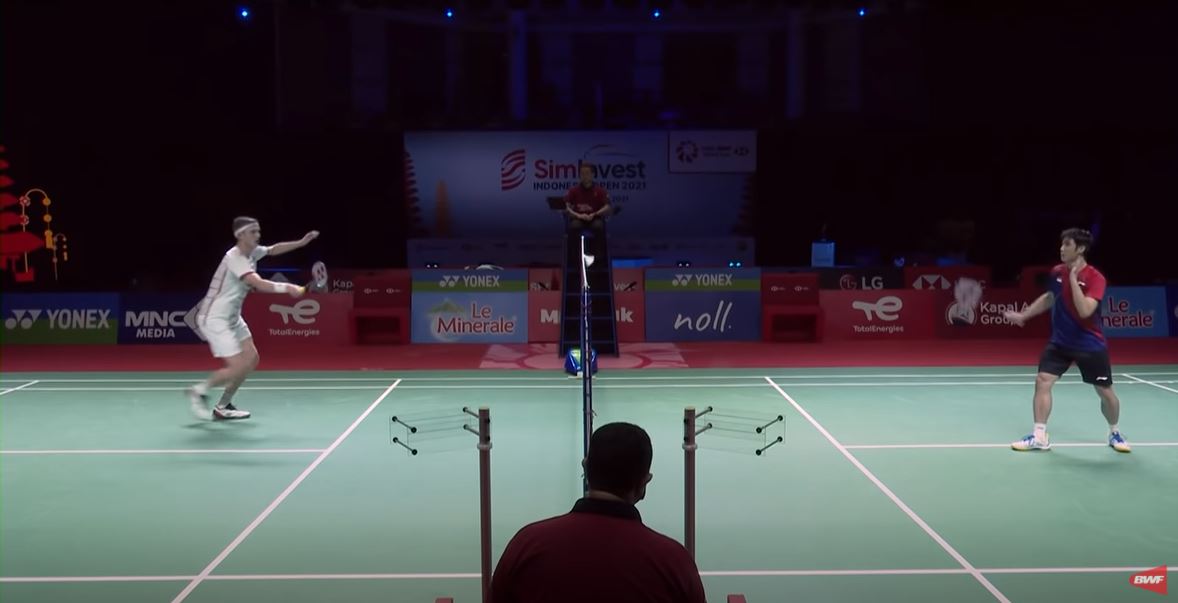 He also described him as great player and great guy outside the court. 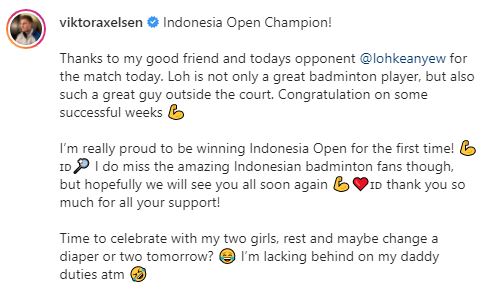 The duo know each other well, as Loh trained with Axelsen for a month in Dubai earlier this year – only to be matched against each other in the final.

In his own Instagram post, Loh said he was thankful for the opportunity to play in his 1st Super 1000 final. 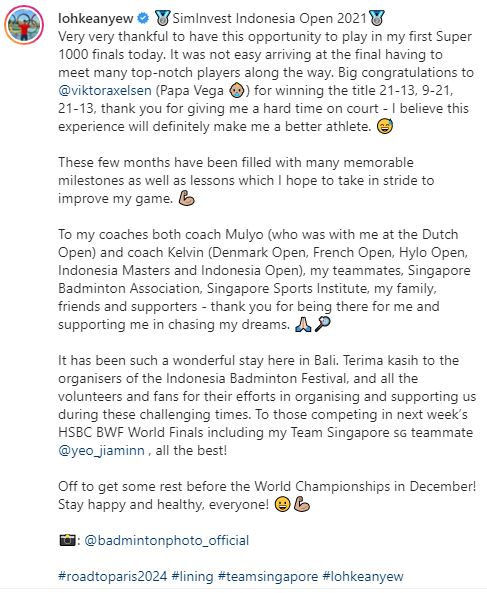 He also congratulated Axelsen, thanking him for the on-court experience that will make him a better athlete. 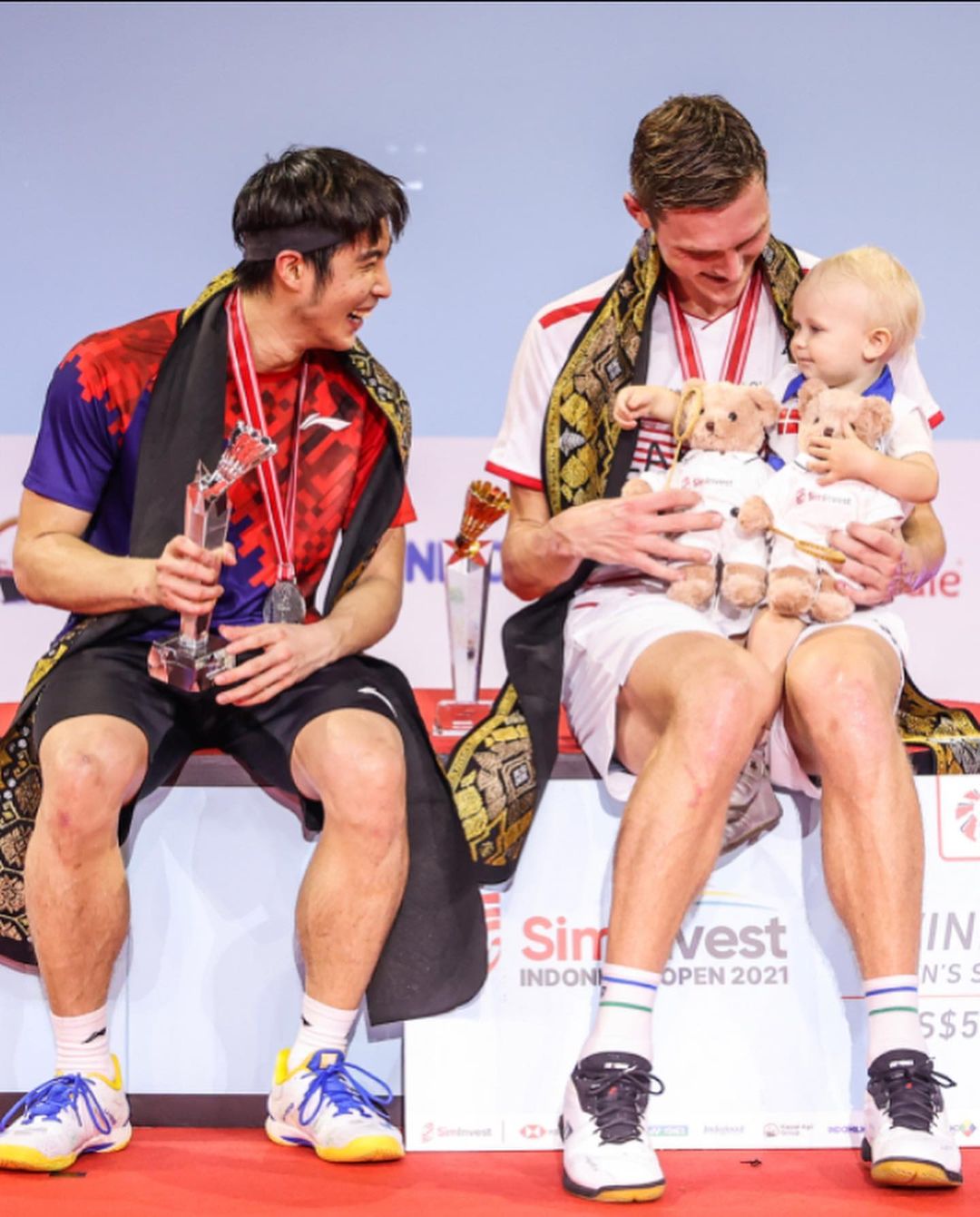 The next outing for him will be the World Championships in Dec, and he’ll be getting some rest in the meantime.

Loh has made Singapore proud

Some Singaporeans might be disappointed that Loh didn’t go all the way and win the whole competition.

But in a congratulatory post on Instagram, the Ministry of Defence (MINDEF) said he made Singapore proud by performing exceptionally well throughout the tournament. Thus, we as Singaporeans should also be proud to call him one of our own.

He deserves our praise

Coming in at runner-up in an international competition is no mean feat indeed, considering all the good players Loh had to beat on the way.

He deserves all the praise we can give him as a Singaporean who has flown our flag high on the world stage.

We can’t wait to see him the next time he represents Singapore.