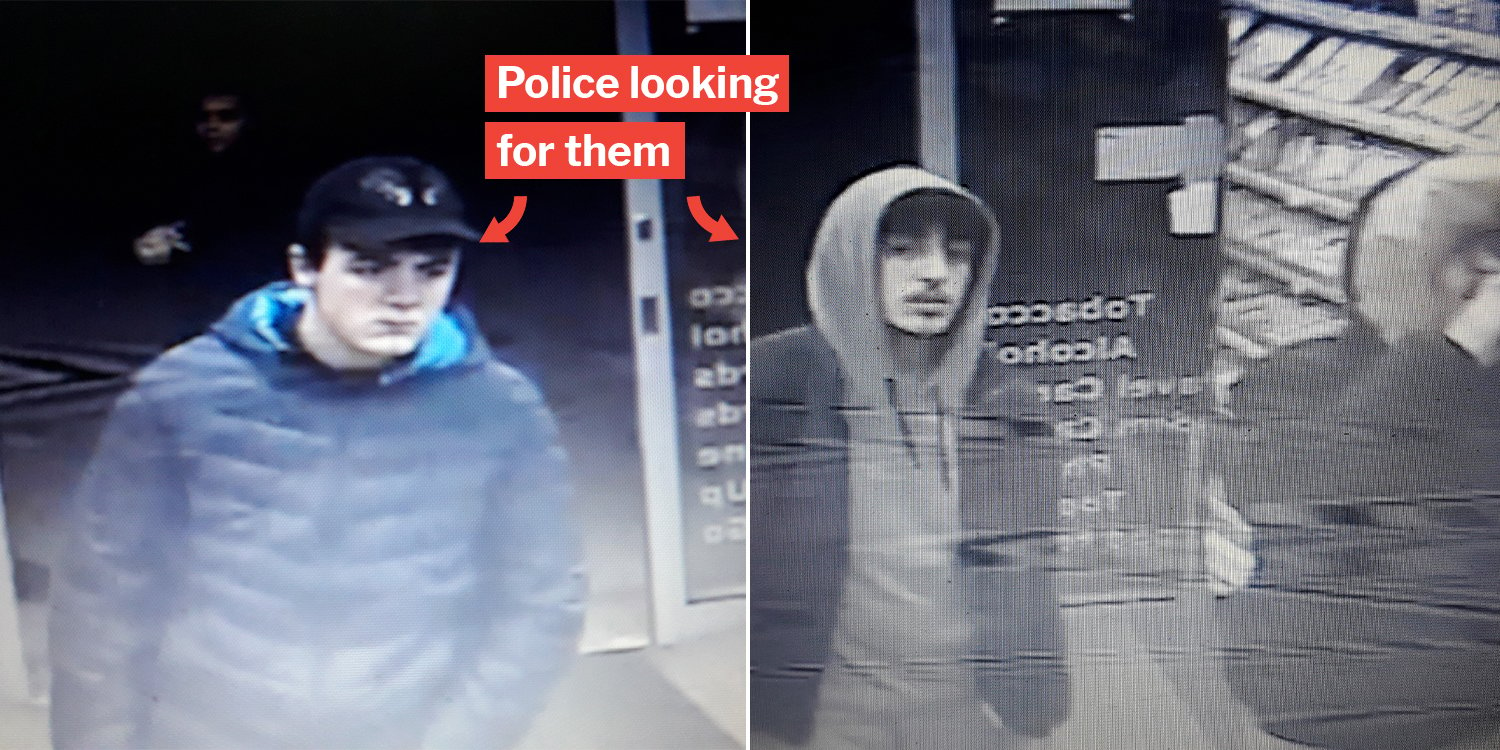 Hopefully they can be found soon.

The London Metropolitan Police are searching for 4 men linked to an attack on a Singaporean in London.

In a tweet posted Wednesday (4 Mar), police appealed for anyone who can identify these men who carried out the assault, which has been described as “racially aggravated”. 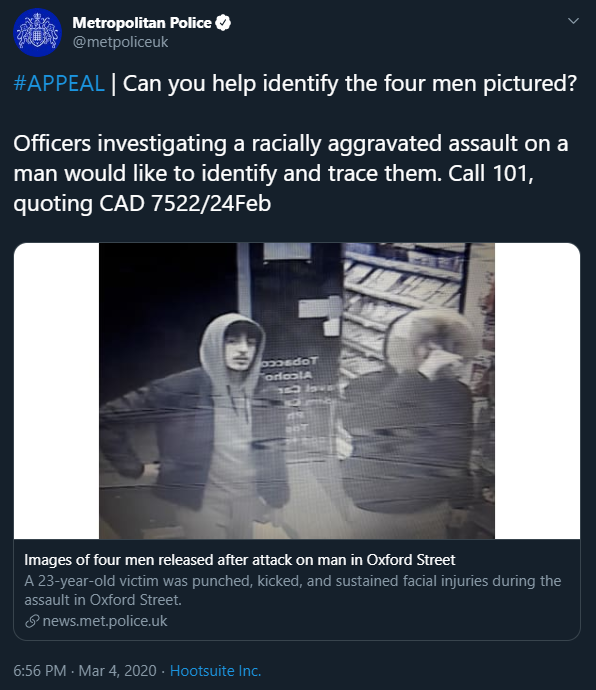 The attack, took place on 24 Feb at Oxford Street and the victim, a Singaporean named Jonathan Mok, took to Facebook to post about his ordeal.

He was attacked for daring to not stand down at someone making racist Covid-19-related comments.

London police were made aware of the incident immediately after the assault, but have had no luck tracing the suspects down so far.

One of them was wearing a black cap and a down jacket. 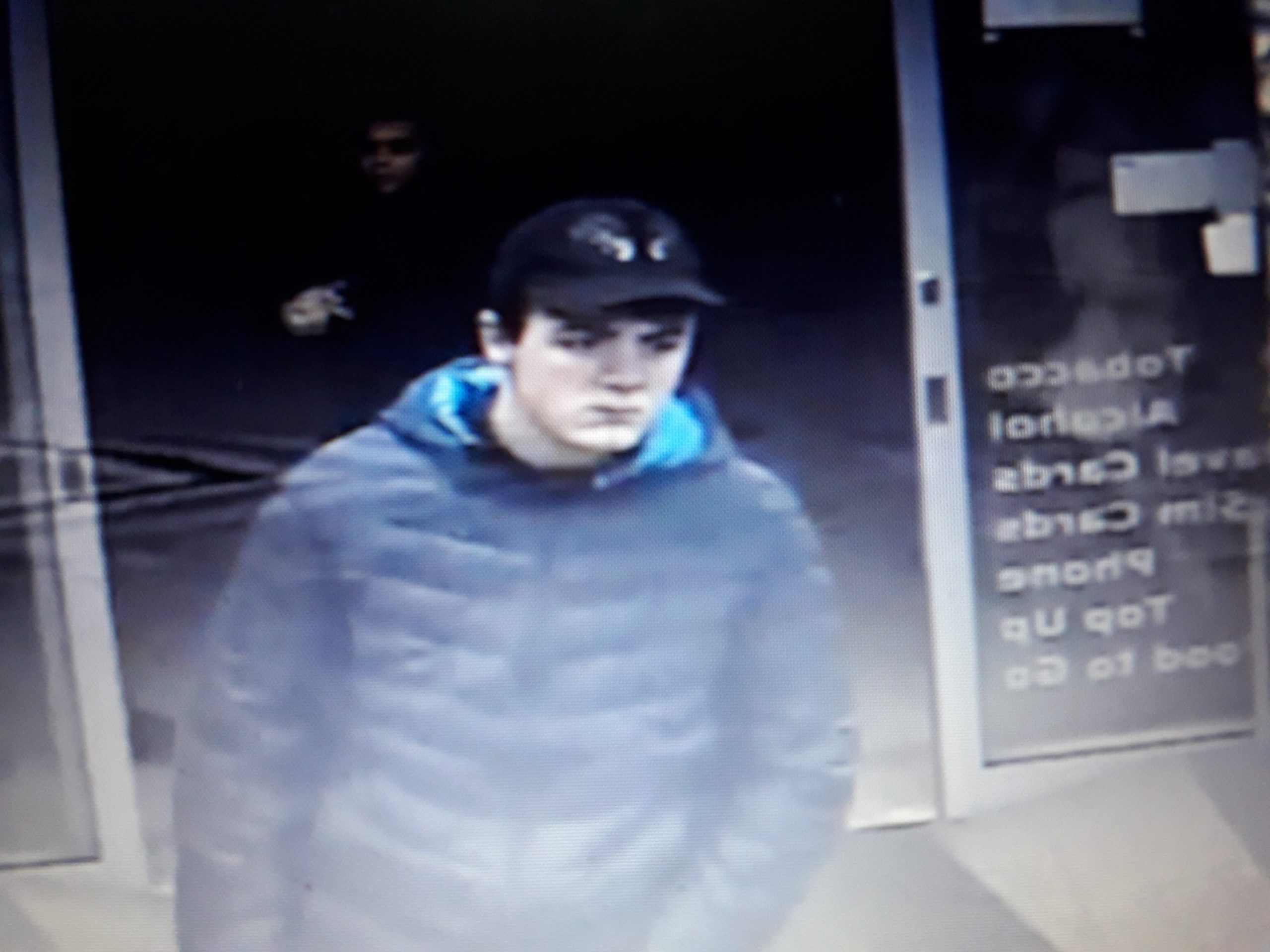 Another man had a hood over his head and covered in at least 2 layers. 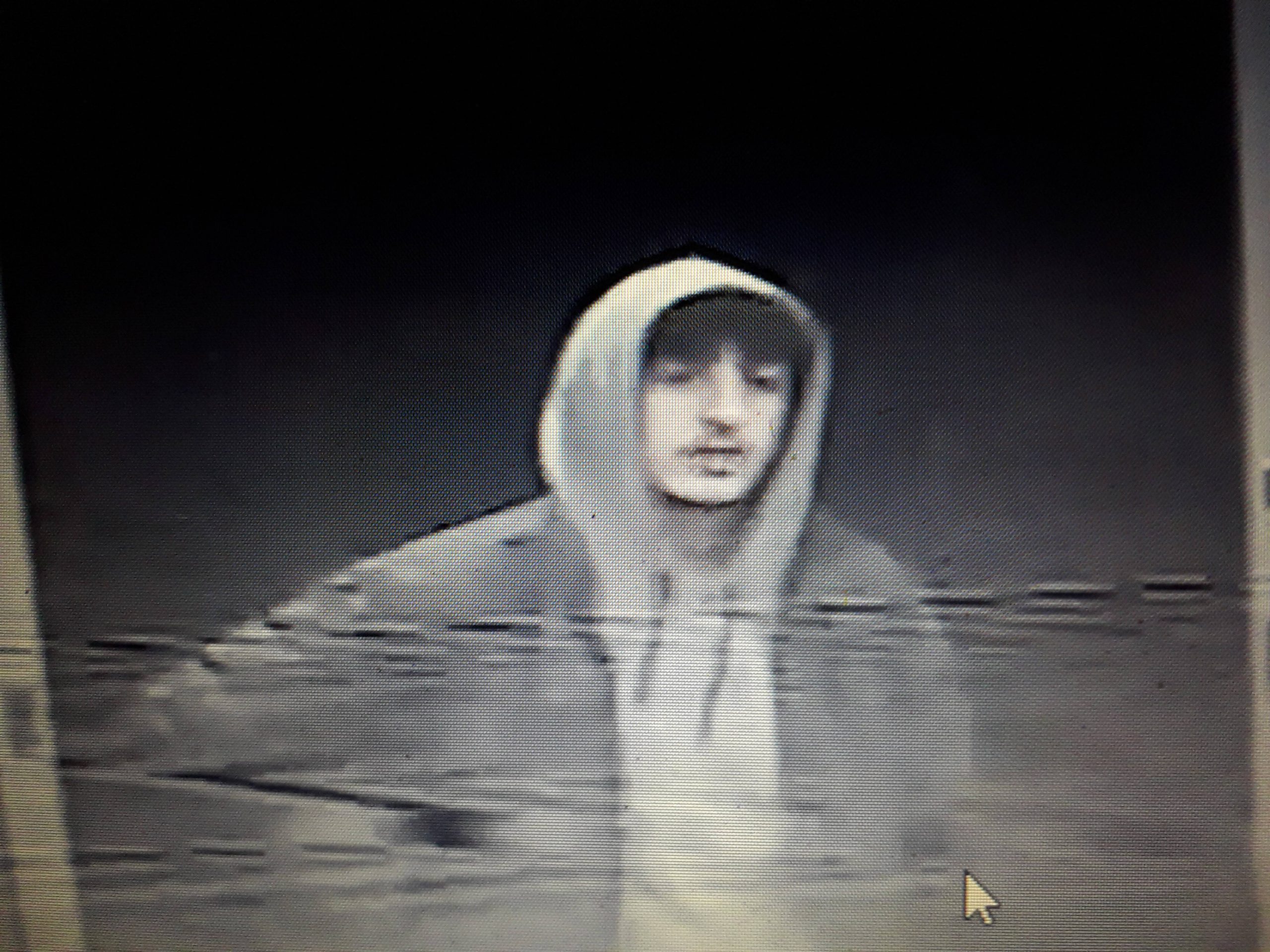 In this image, the 2nd man is pictured with another man, covered up in a winter coat hood over his head. 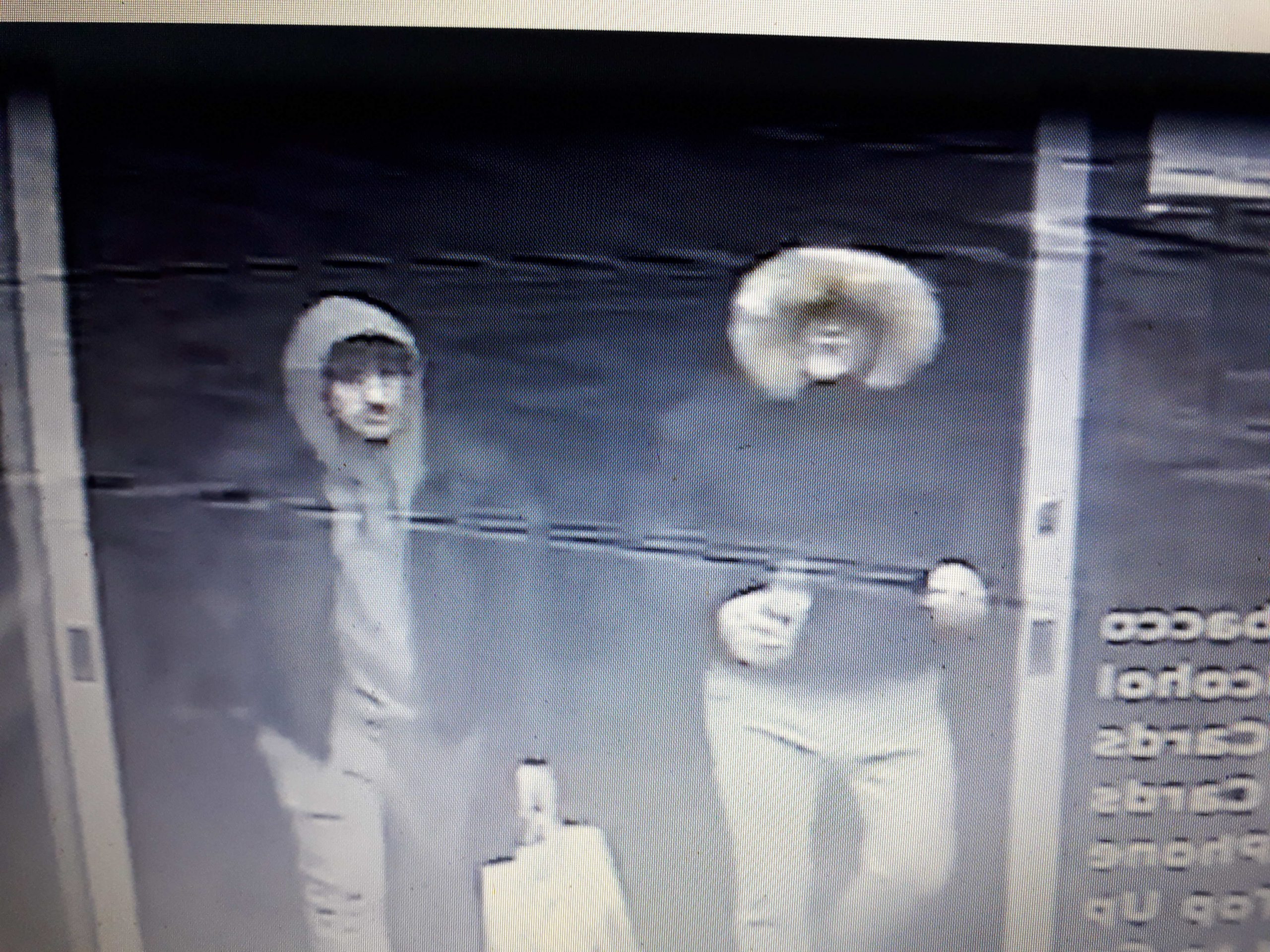 The last suspect’s face is much grainier in the image, but appears to have a buzzcut. 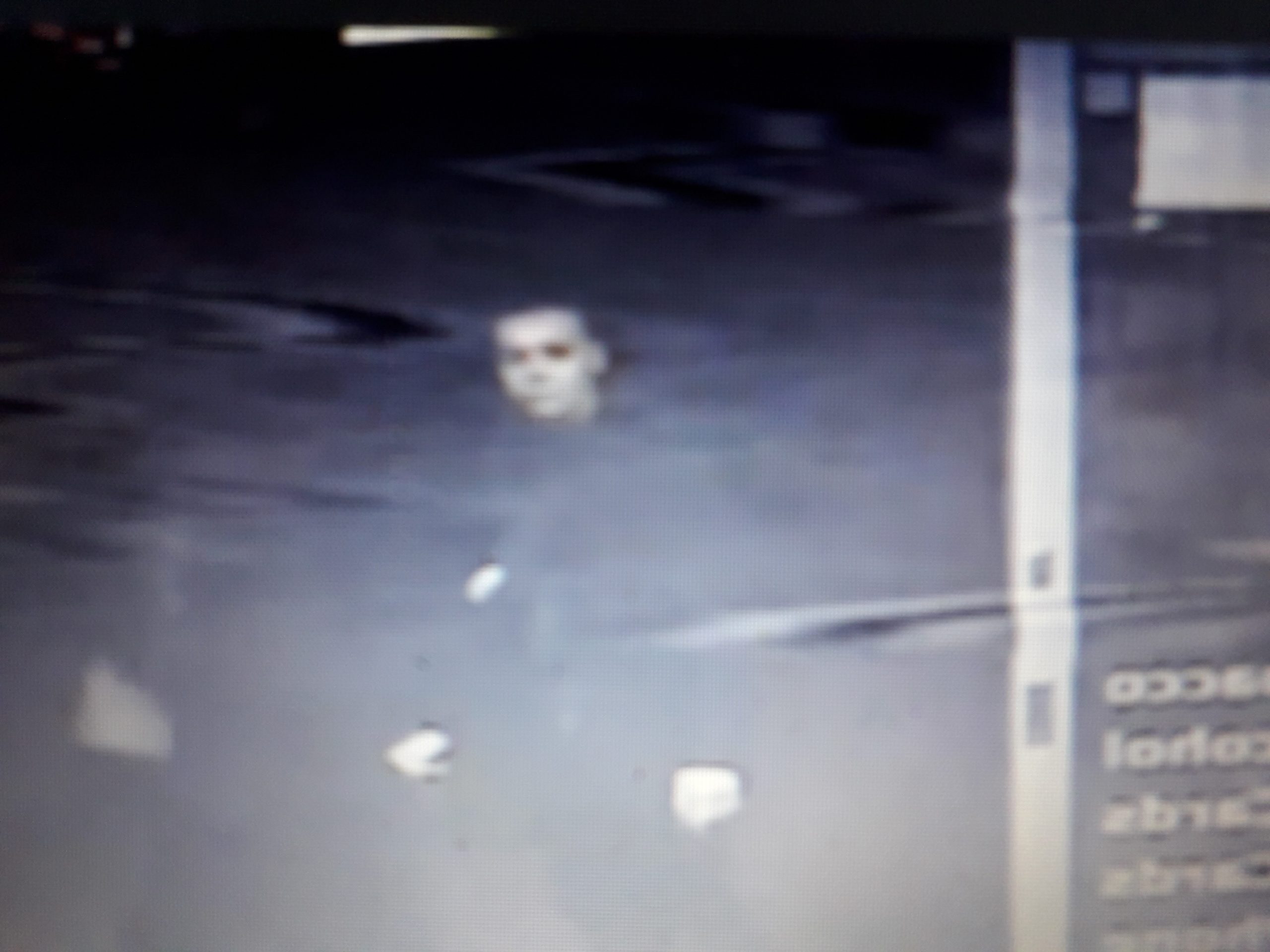 Hopefully attackers can be brought to justice

London police described the attack as “racially aggravated”, noting that they hadn’t made any arrests so far.

The sentencing for such a crime depends on the severity. No matter the sentence, however, it’s clear that the attack has struck a nerve across the globe.

Racial attacks against Asians are on the rise in Western countries following Covid-19 and it’s truly abhorrent to see racism well and alive today.

Nobody should have to walk the streets in fear of being attacked for their race.

Even amid the Covid-19 panic, there can be no excuse for treating anyone in such a manner, and we hope that the attackers can be brought to justice.