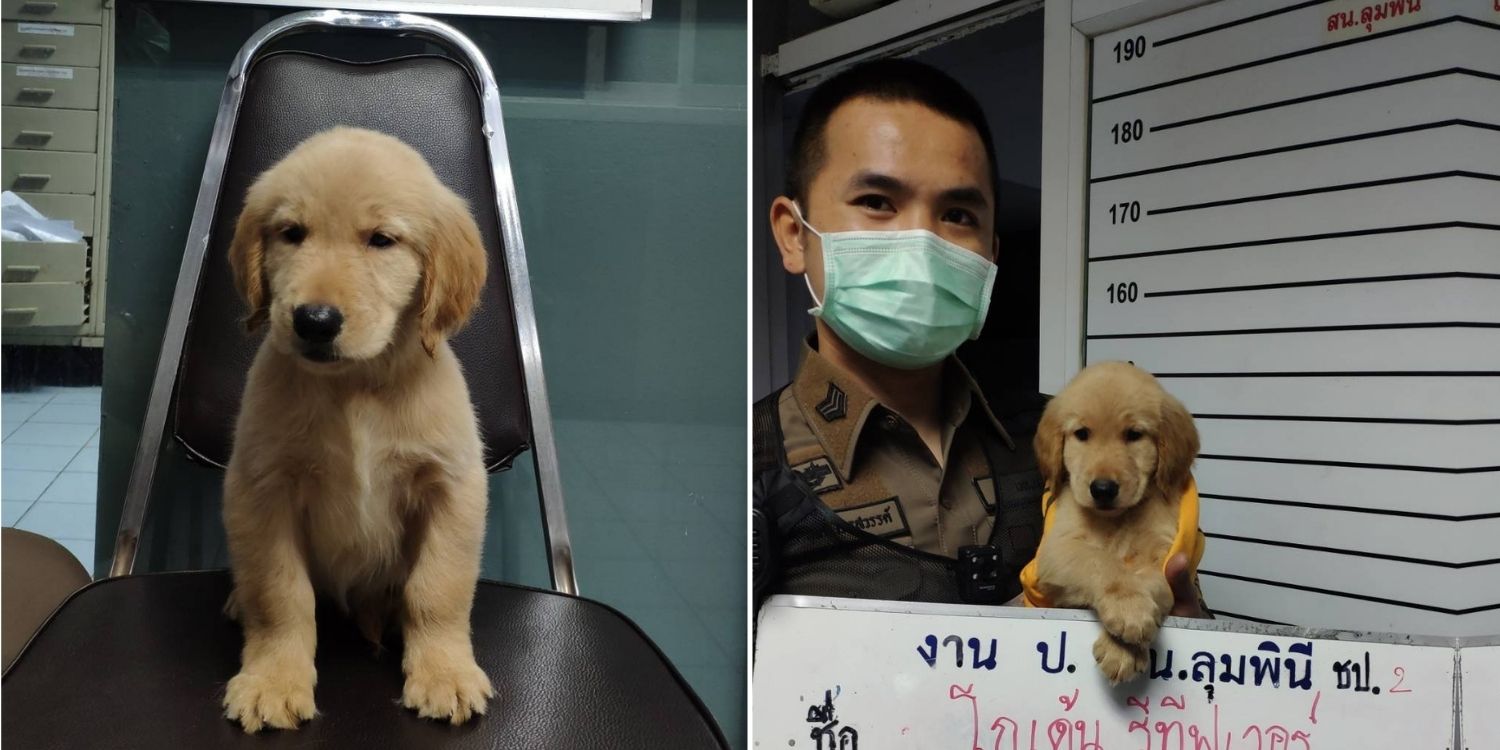 Charged for getting lost.

What would you do when you find a lost doggo helplessly wandering around?

You’d probably start by snapping a photo before posting it to social media in the hope of reaching its owner.

Not for police officers in Bangkok, though. After recently finding a lost puppy on the streets, they decided to take a mugshot of it, complete with a board saying that the puppy was ‘charged’ for getting lost. 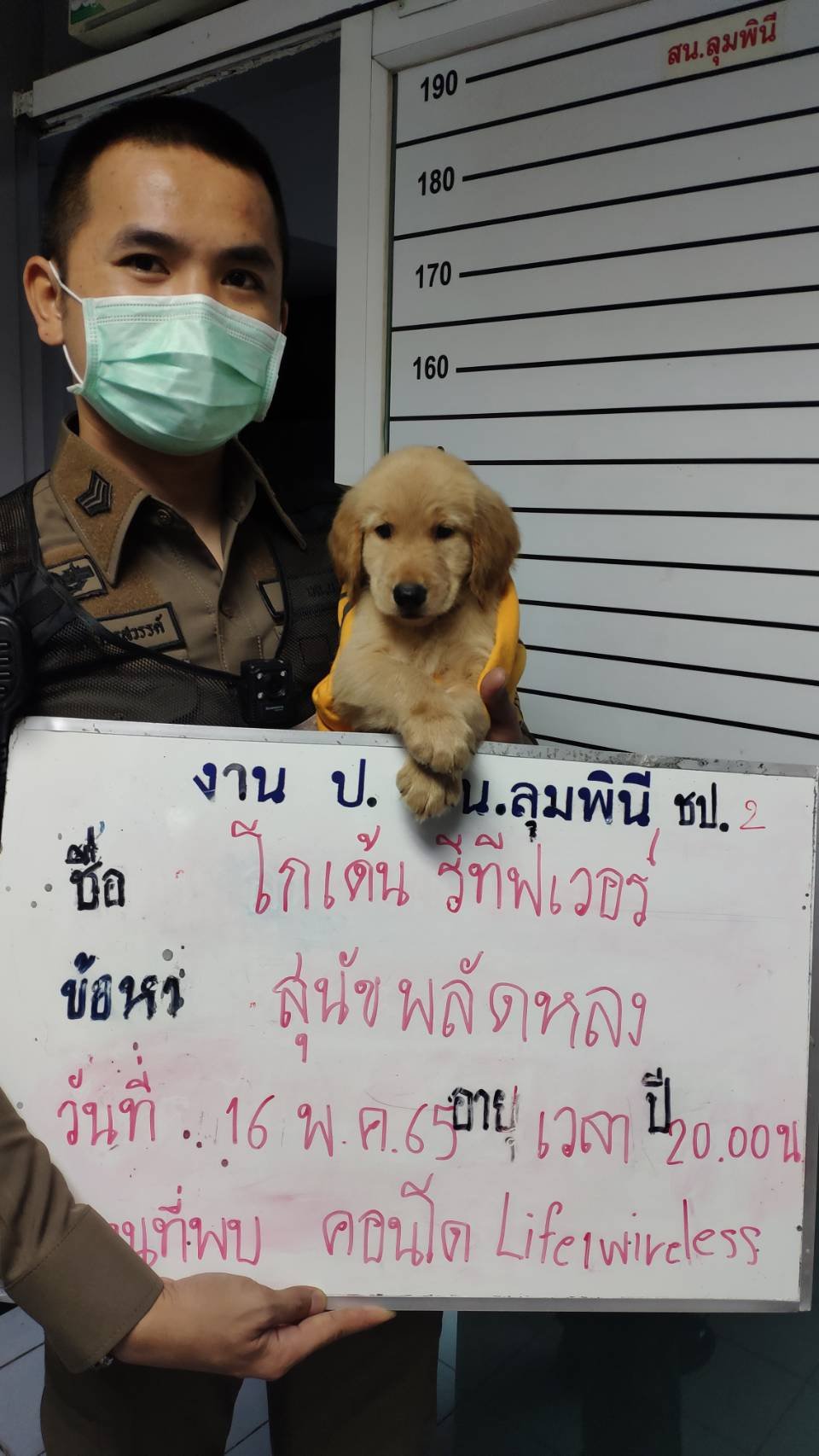 It seemed like the tactic worked. The owner of the lost pup eventually contacted the police after finding out its whereabouts on social media.

On Monday (16 May), Lumphini Police Station in Bangkok shared in a Facebook post that they were alerted to a lost puppy by a citizen. 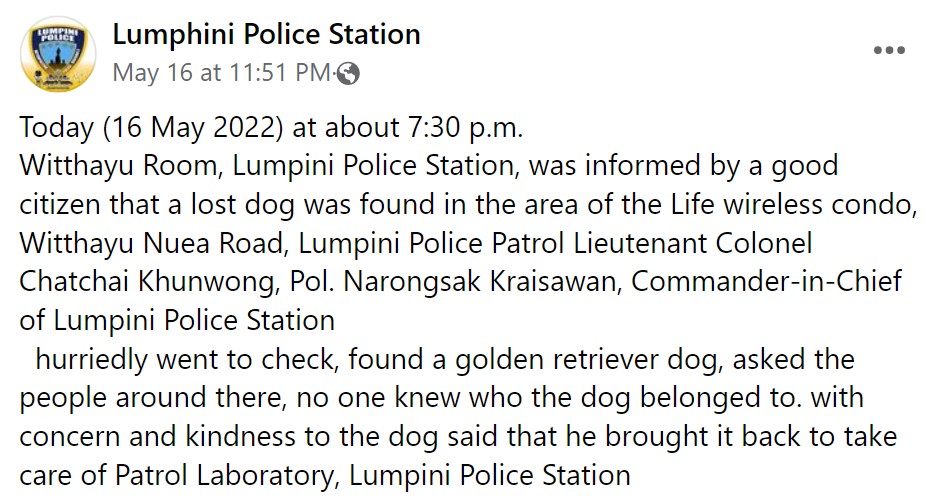 The puppy was wandering without its owner at 7.30pm around Life 1 Wireless Condominium. Police officers hurriedly went over and picked up the smol golden retriever.

They asked around if anyone knew the puppy’s owner, but unfortunately, they could not find any answers.

They eventually brought the poor pup home back to the station. 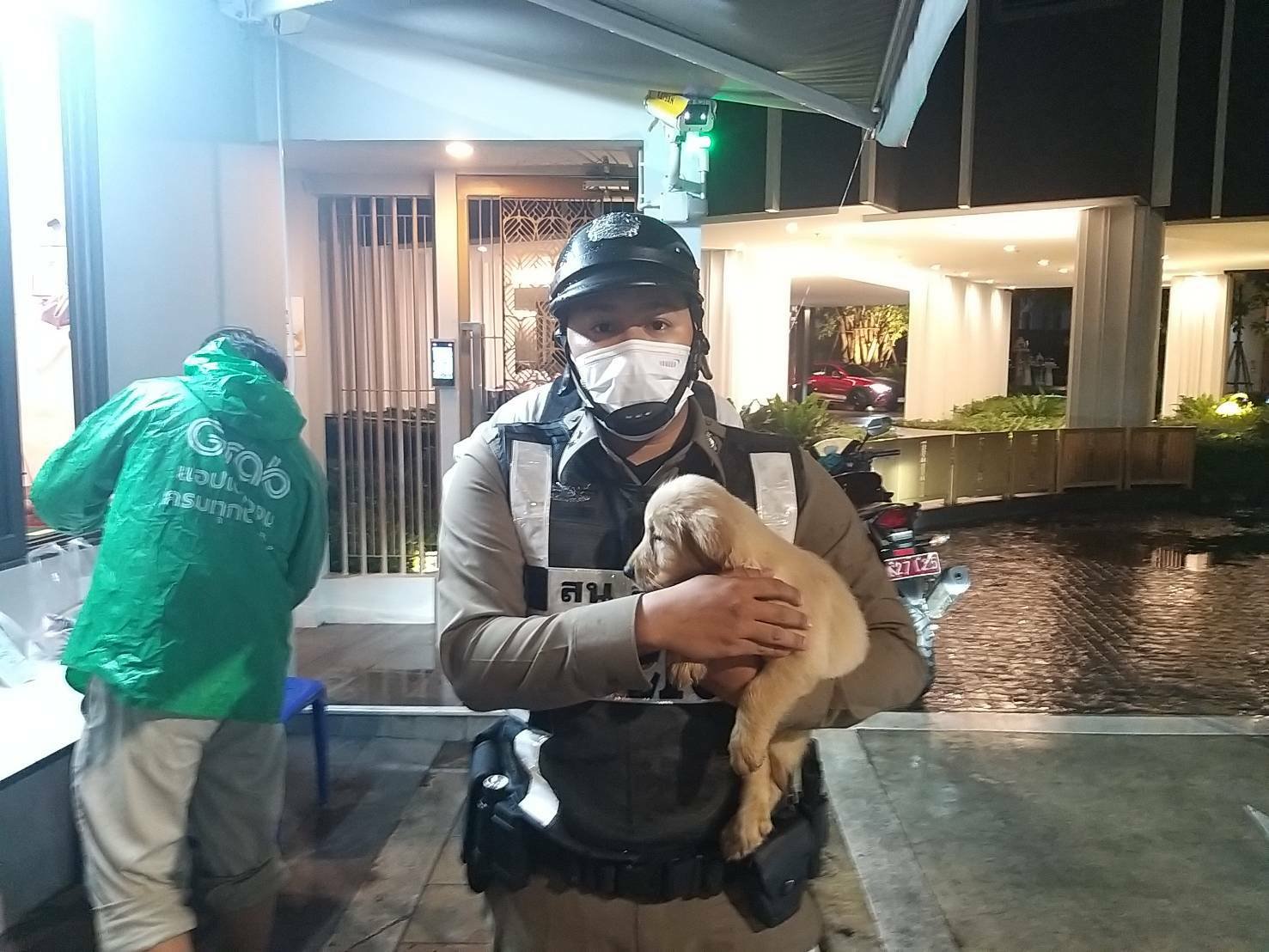 The police officers decided to put up a public notice of the lost pup in an unconventional way.

Satang.info reported that they placed the furry puppy in front of a board that said “Name: Golden Retriever” and “Charge: Getting Lost”.

Then, they took a ‘mugshot’ of it. 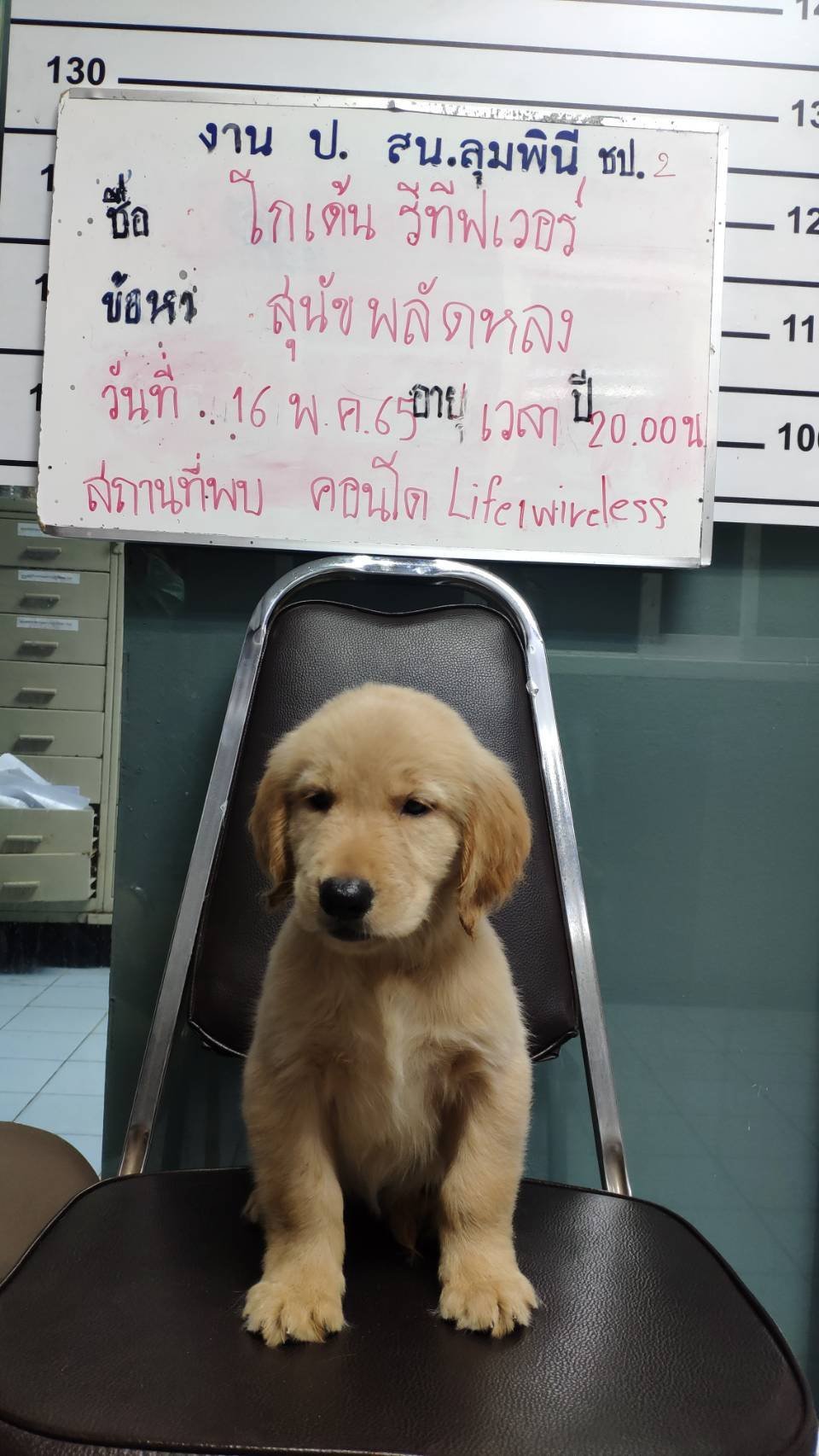 The board included important details, such as the time and place where the doggo was first found.

They later shared another adorable picture of it all snuggled up in a yellow ‘blanket’. 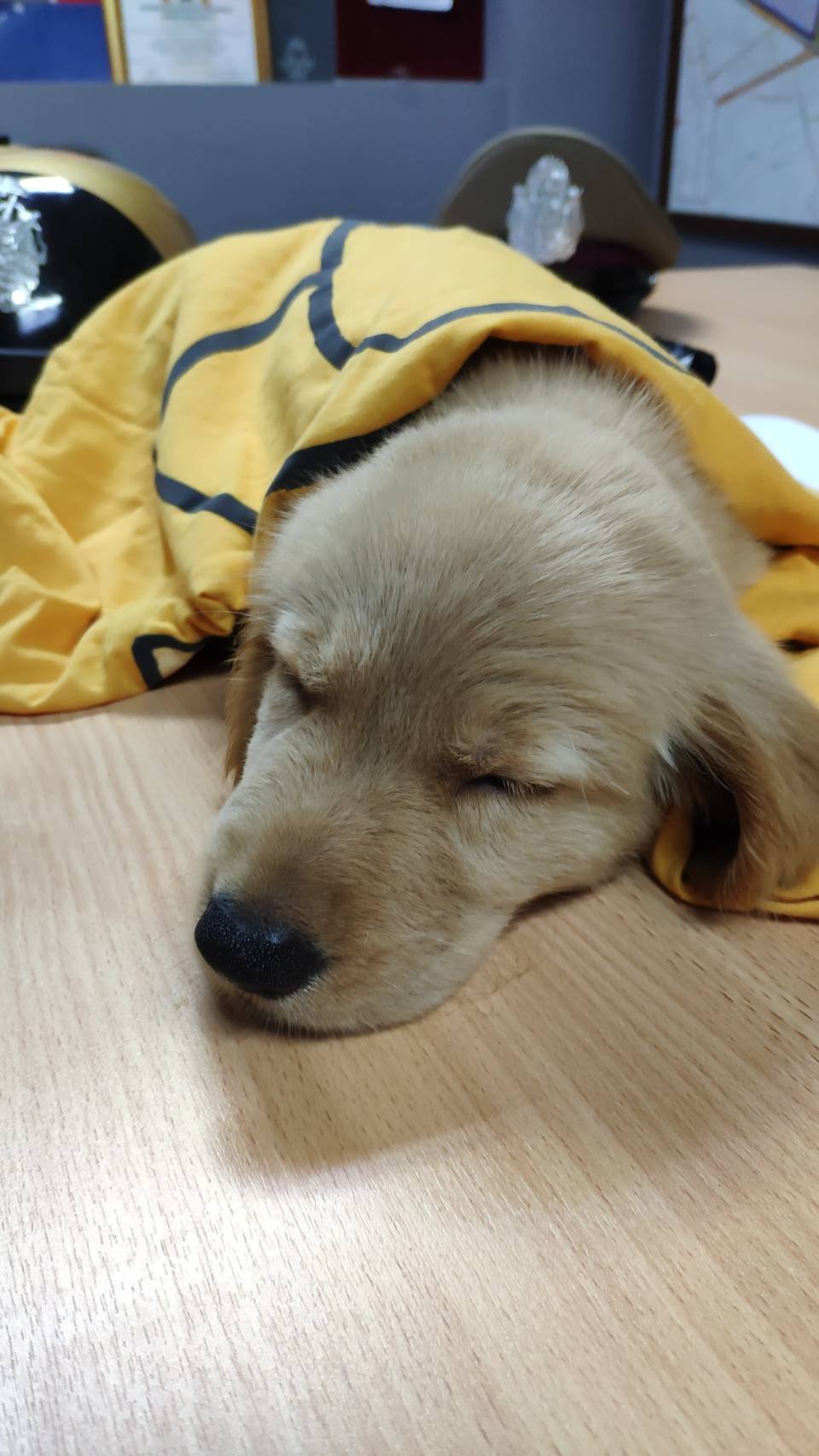 Owner retrieved it the next day

The puppy found its way home the next day (17 May) after the owner headed down to the police station to retrieve his lost puppy. 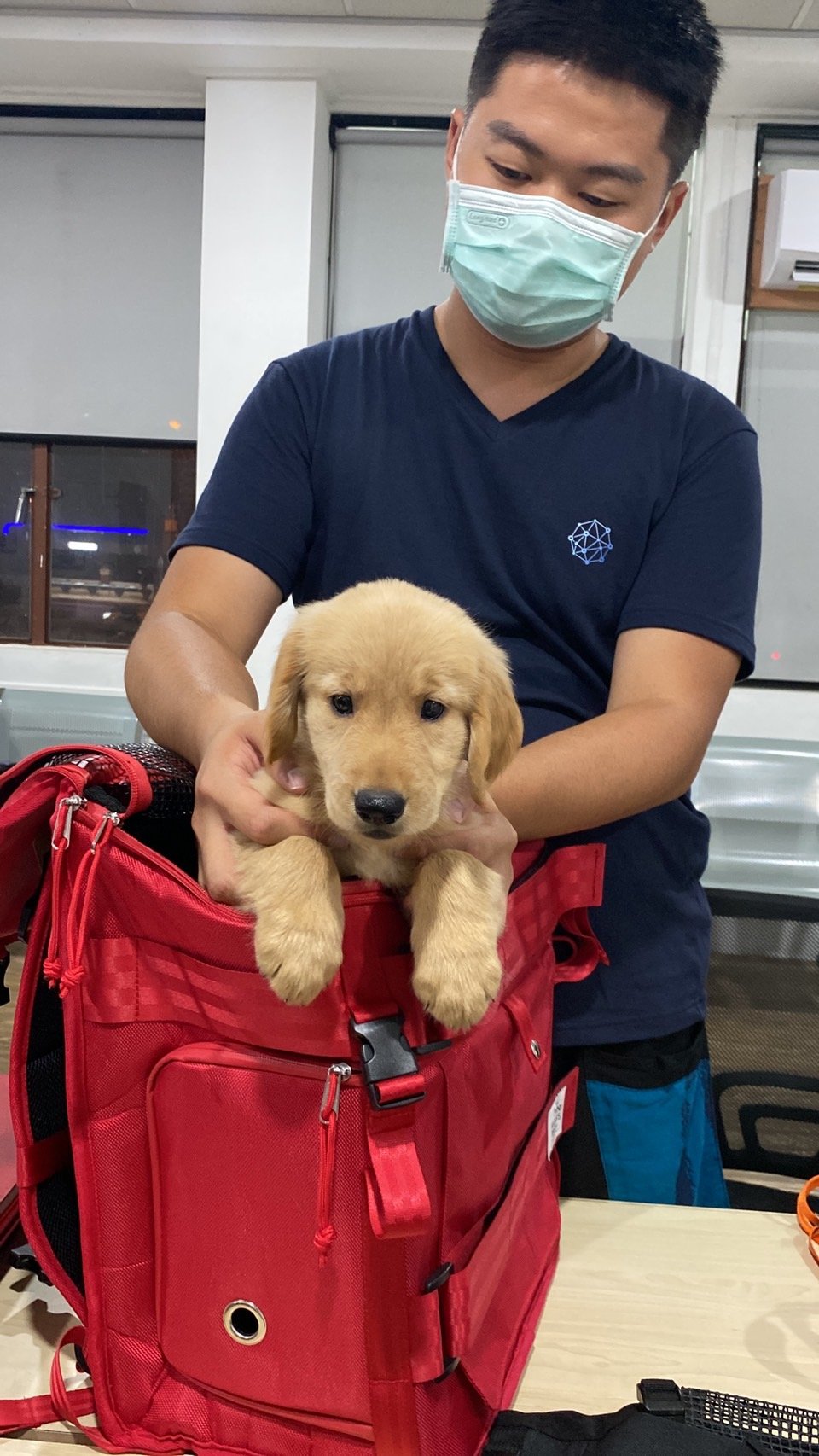 Perhaps not wanting to forget the kindness of the police officers who took good care of it, the owner posed for a photo with his beloved puppy while showing a thumbs up. 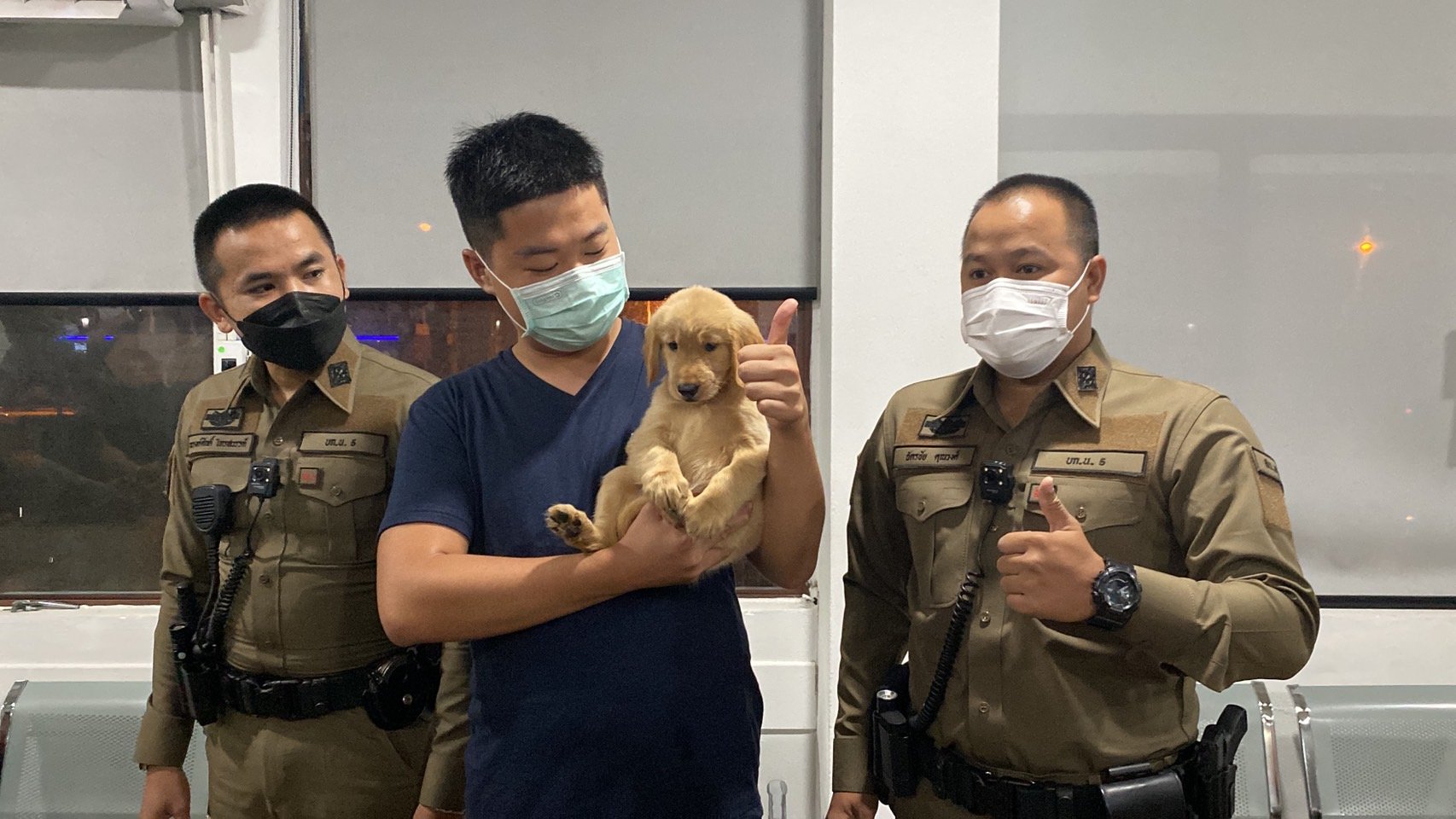 We often worry about what will happen to our furkids when they get lost. In this case, we’re glad that the lost pup was safe in the hands of kind Bangkok police officers.

Their playfully unconventional method of seeking out its owner has put a smile on the faces of many animal lovers.

We hope that the puppy will not be separated from its owner again and return to the police station as a ‘repeat offender’.