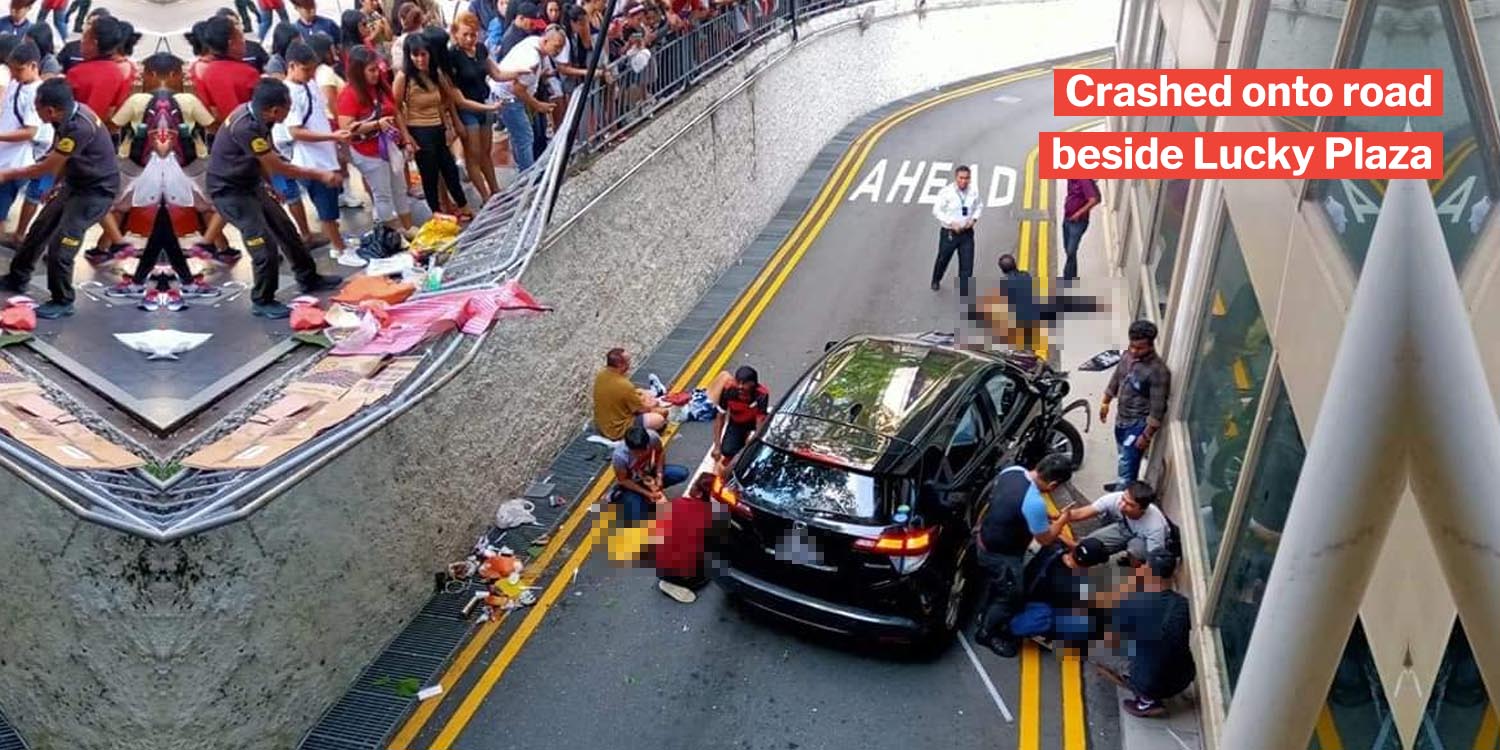 Lucky Plaza is a place frequented by many foreign domestic workers when they’re out on their day off.

However, many of those who were in the area on Sunday (29 Dec) were witnesses to the aftermath of a horrific accident.

2 people were left dead and 4 others were injured after a car reportedly rammed through a metal railing and crashed onto the road next to Lucky Plaza. 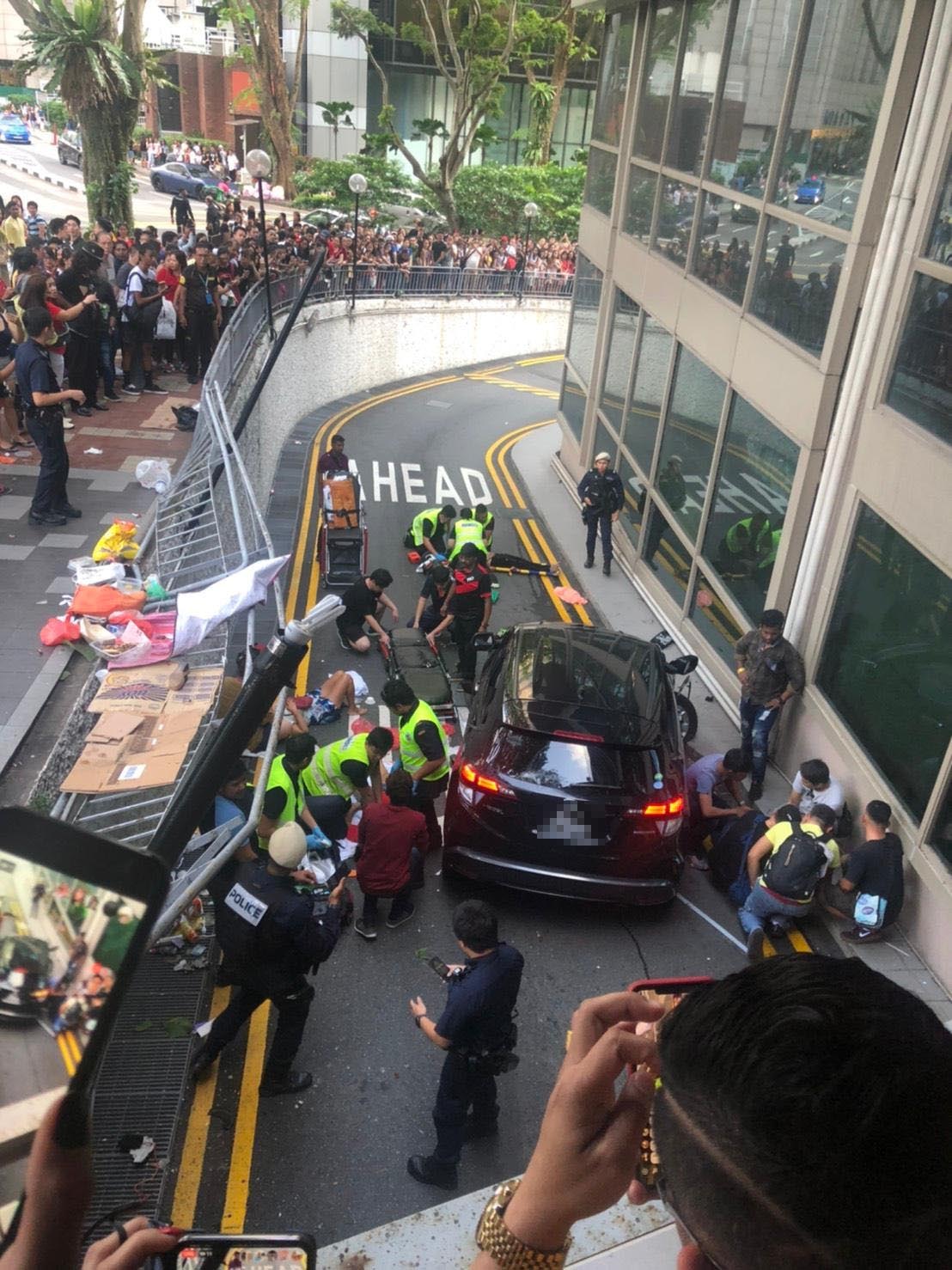 A 64-year-old driver has since been arrested for dangerous driving causing death, reports Channel NewsAsia (CNA).

A video of the aftermath has since gone viral on SG Road Vigilante Facebook group. You can view it here.

2 pedestrians, aged 41 and 50, were unconscious when transported to Tan Tock Seng Hospital. Unfortunately, they passed on due to their injuries.

Meanwhile, 4 injured pedestrians, aged between 37 to 56, were also taken to the hospital for treatment. They were still conscious.

According to The Straits Times, the 6 pedestrians involved were Filipinas.

A 64-year-old driver has since been arrested for dangerous driving causing death, according to the police. Investigations are ongoing.

Singapore Civil Defence Force (SCDF) told CNA that they received a call for assistance at about 5pm at 304 Orchard Road. A total of 5 ambulances were dispatched.

Videos uploaded online showed the paramedics attending to the victims. 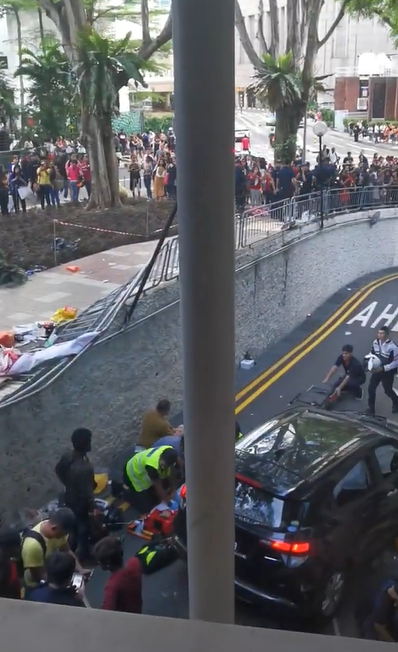 Some women could be seen sitting on the ground, still in shock.

In one of the videos circulated online, a person could be seen being pinned under the car. Several bystanders worked together to lift the car.

In another video, the railings at the side of the main road were shown to be completely bent. 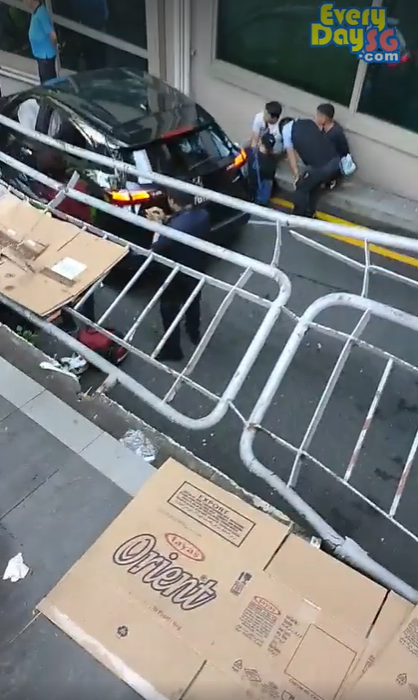 Eyewitnesses told The Straits Times that the car had “crashed through a metal railing” to the road beside the mall.

It is truly sad to know that the tragic accident has taken the lives of 2 people and injured several. We hope that justice can be delivered for the sake of the victims involved in the accident.

MS News wishes all injured parties a speedy recovery, and offers our deepest condolences to the friends and families of the deceased.