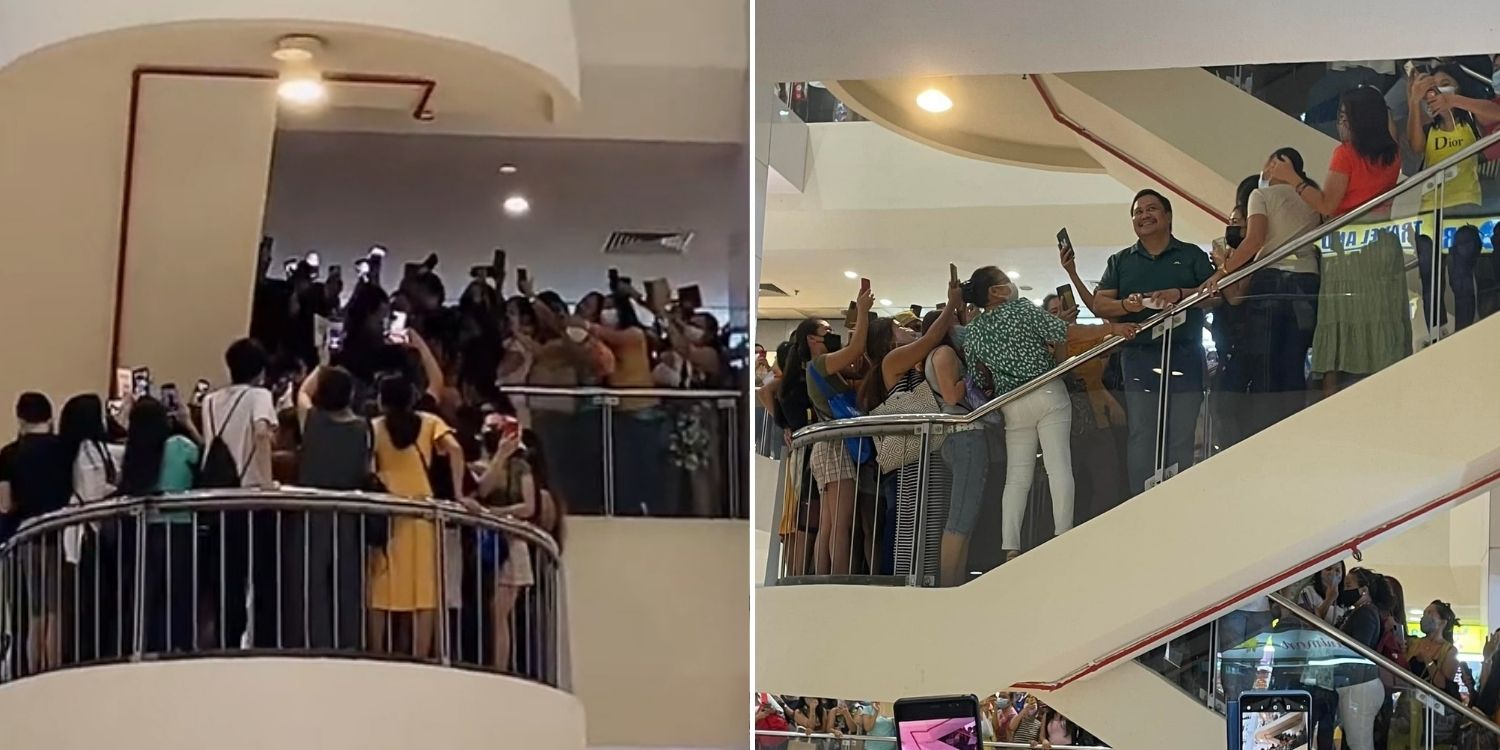 The screams were so loud that many thought Blackpink was in the mall.

Many of our migrant workers here often leave their families behind and journey to a foreign land alone to earn a living.

So when a familiar figure from their homeland is in town, the emotions and excitement among the community can no doubt be indescribable and overwhelming.

That’s exactly what happened on Sunday (5 Jun), when Filipino politician and actor Jinggoy Estrada made a surprise visit to Lucky Plaza. The mall is a favourite haunt for the local Filipino community. 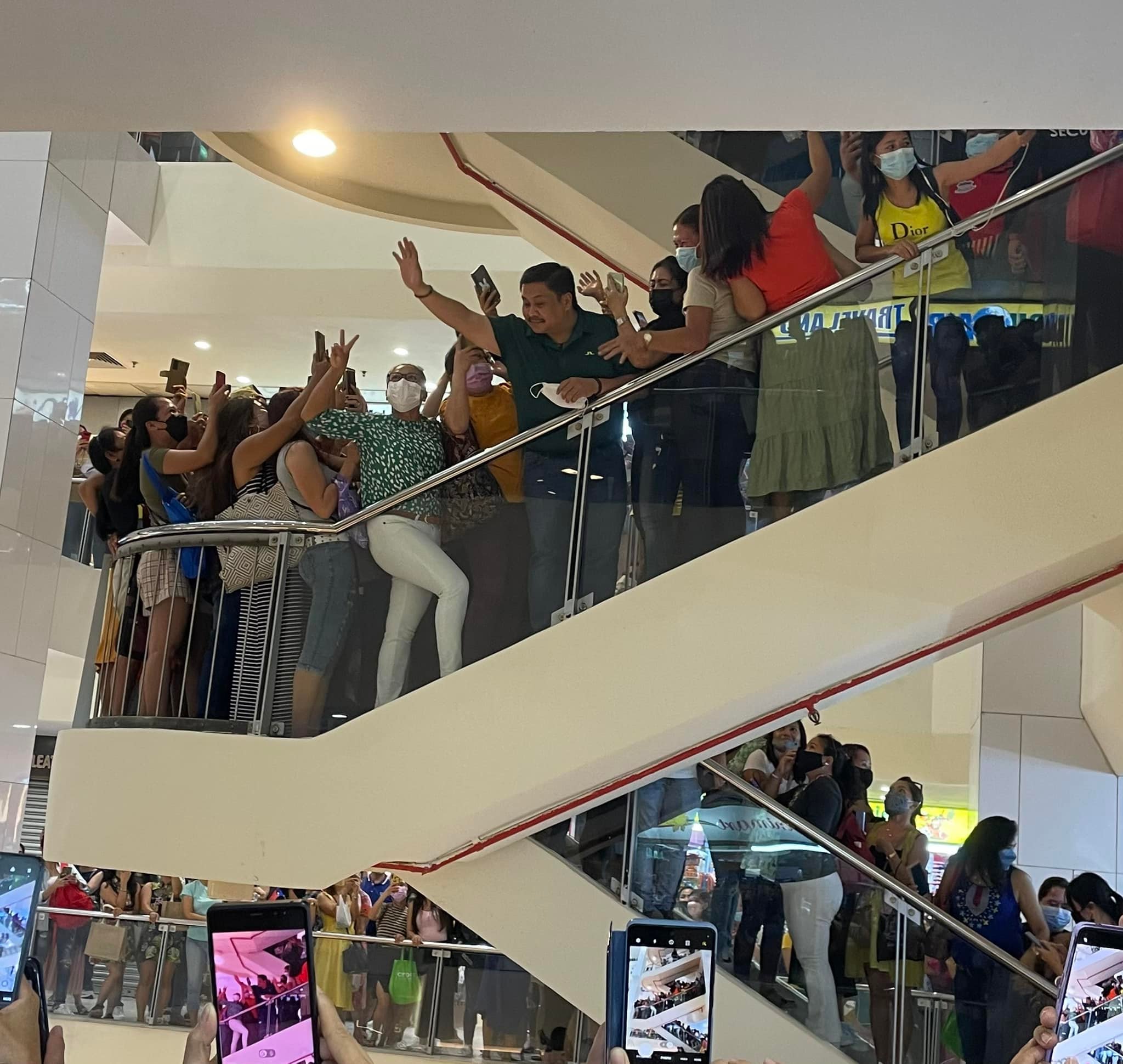 Videos circulating on social media showed the crowds of onlookers screaming, shouting, and holding up their phones to catch a glimpse of the senator.

Many crowded around Filipino politician Jinggoy Estrada at Lucky Plaza

Many gathered on the third floor of the shopping mall, holding out their phones and cameras to capture the celebrity on video. 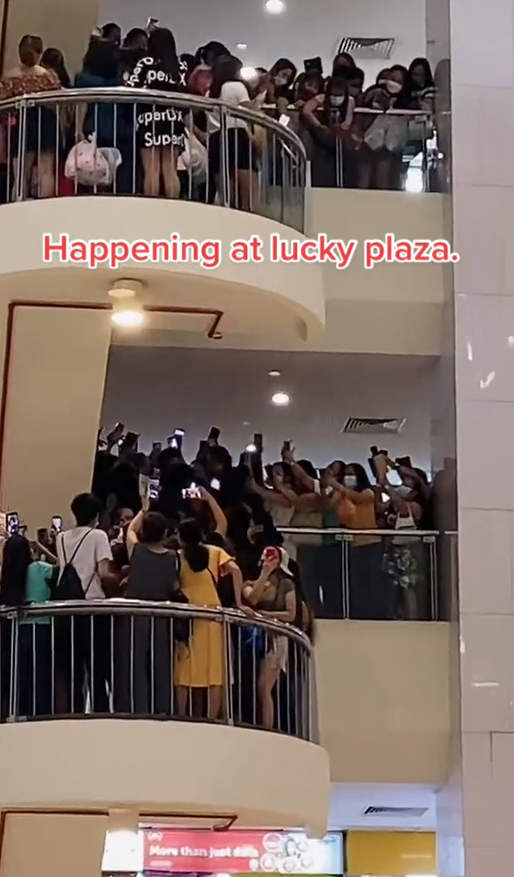 In another video, excited crowds were seen packing multiple floors of the mall to catch a glimpse of the son of former Philippine President Joseph Estrada. 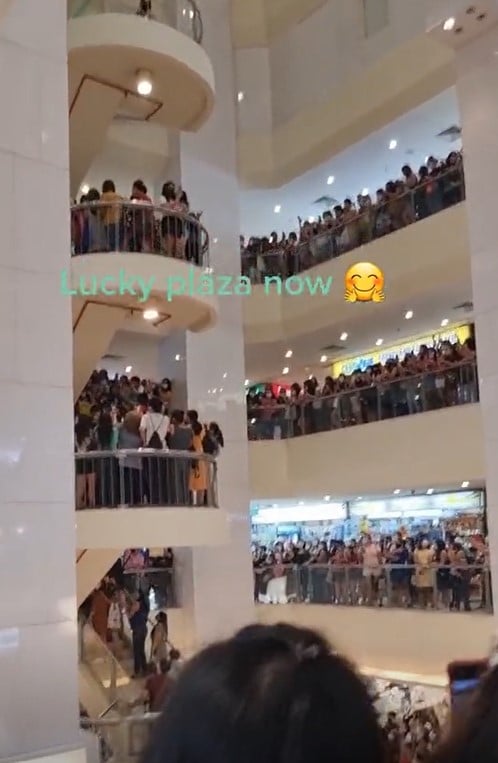 At first, many netizens who saw the videos felt confused. Some even thought that a K-pop group, Blackpink, for example, was present at the mall.

Turns out Filipino politician and actor Jinggoy Estrada had paid our country a surprise visit. Photos of him smiling broadly to his fans later emerged. Some even managed to get a few close-up photos of the man himself as he waved warmly to his followers. 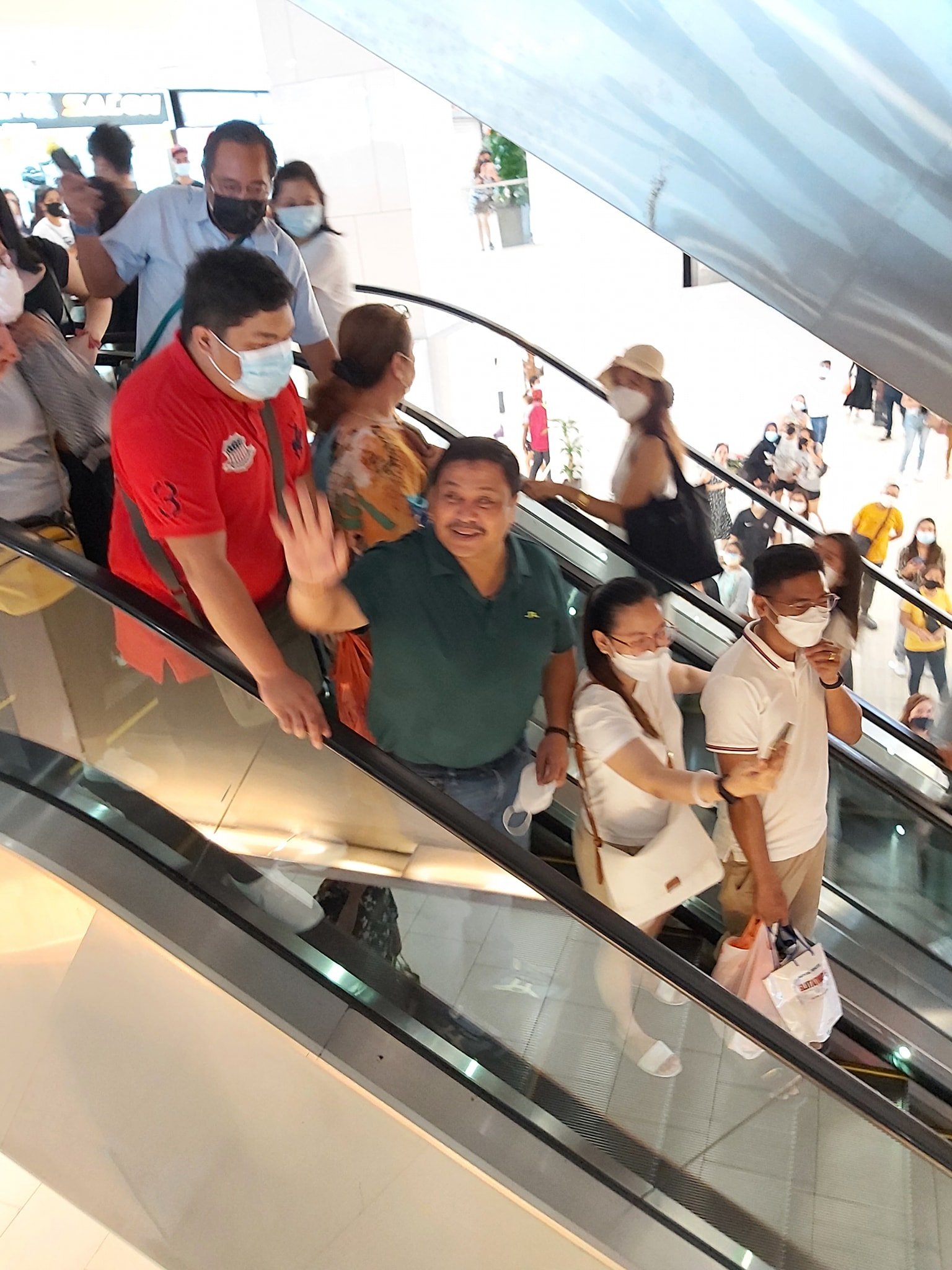 Now, many would wonder, why exactly was he there?

According to the actor himself, he shared on his Facebook that he was on a visit to see his “fellow OFWs in Singapore”. An OFW stands for Overseas Filipino Worker or Filipino migrant workers who have left home to work abroad. 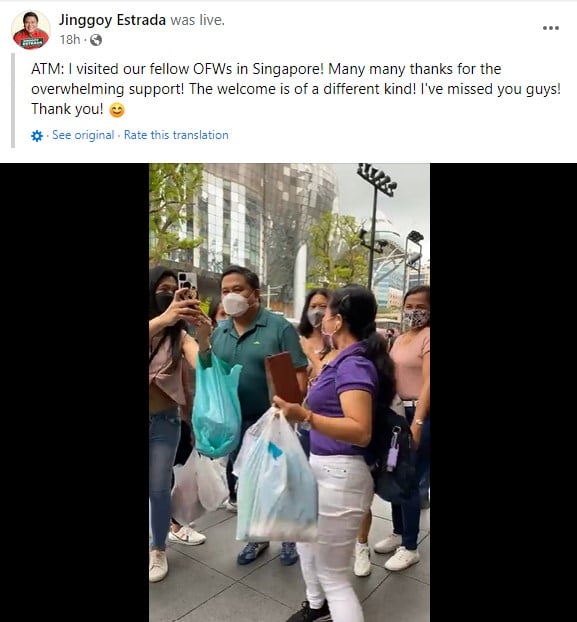 The 59-year-old happily posed for selfies and group photos, as seen in the live Facebook video uploaded. 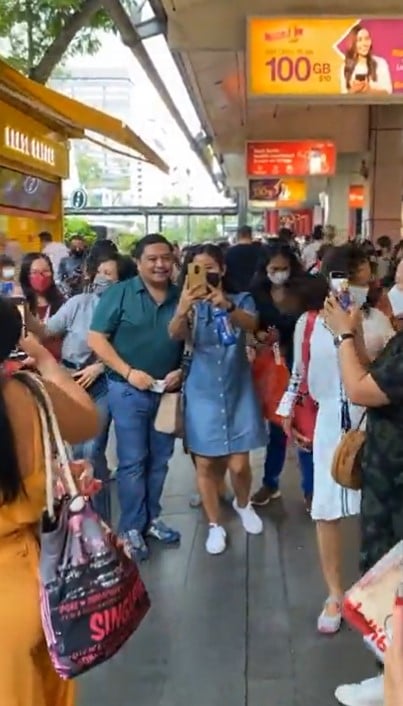 He later thanked the OFWs for their overwhelming support and mentioned that the welcome “is of a different kind”.

He ended his post by expressing how much he had missed this community.

He’s here with his family in Singapore

The public figure was apparently in Singapore with his family for a few days. They visited places including St. Alphonsus Novena Church and Marina Bay Sands. 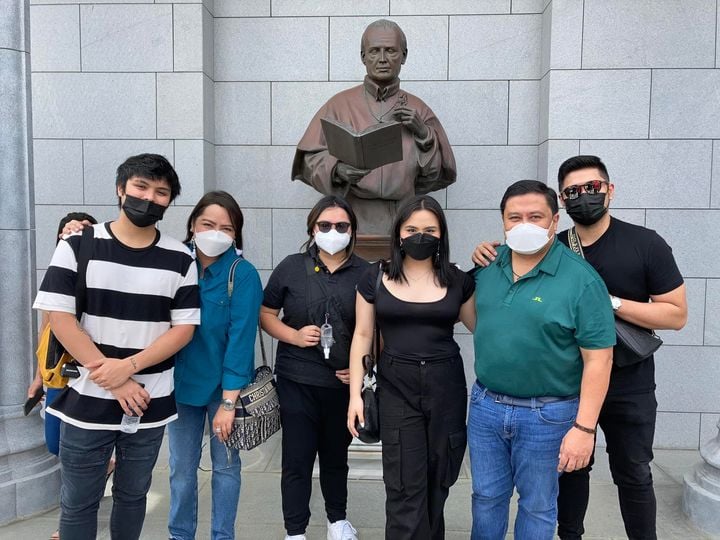 Judging by the photos shared, the family had an enjoyable family bonding time here. 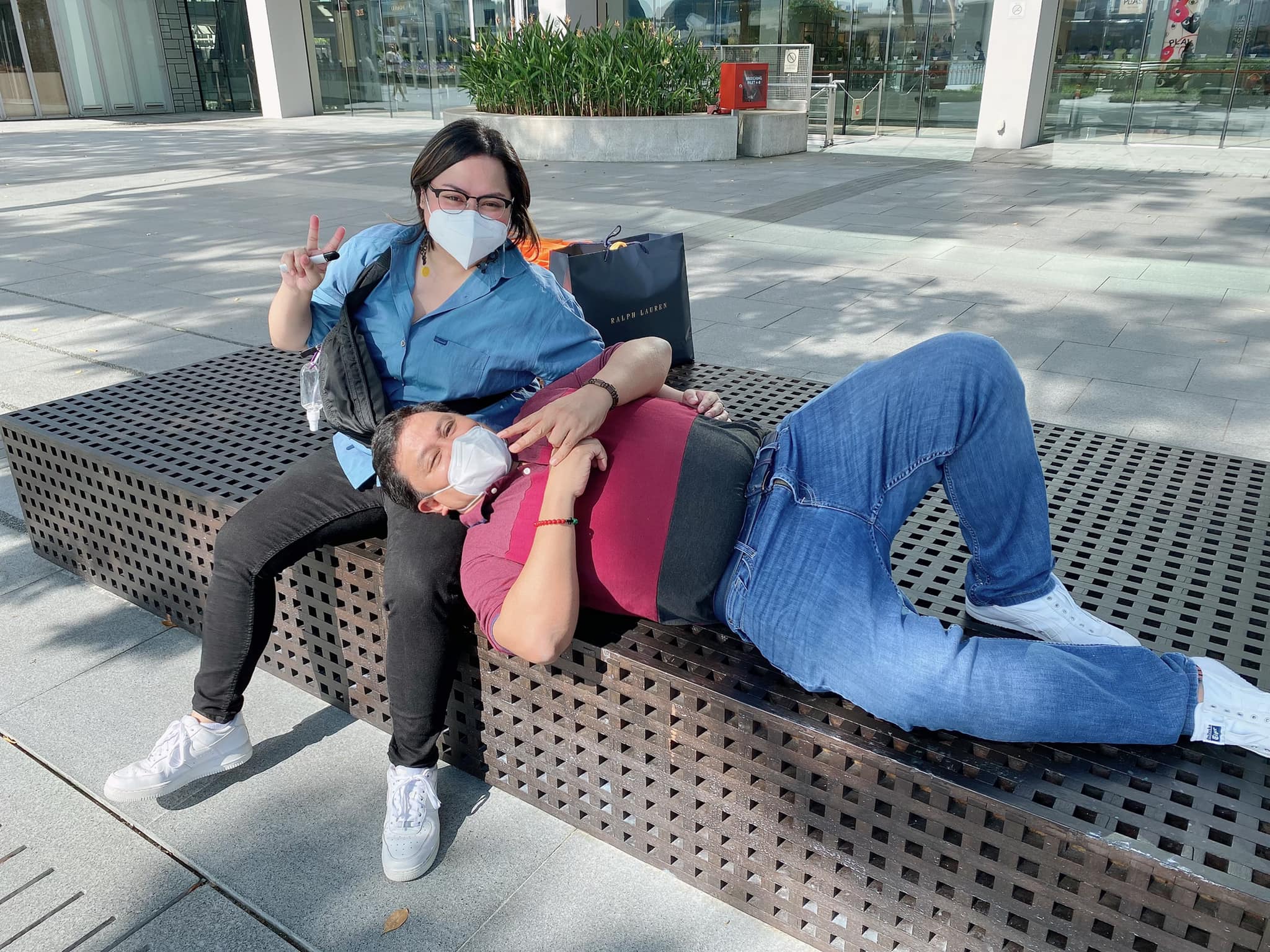 For those who may be unfamiliar, Jinggoy Estrada was the acting Senate President of the Philippines in 2013. He ran again in the 2022 Senate election and won the seat.

He also participated in various acting projects and won the “Best Actor Award” at the 2007 Metro Manila Film Festival for the film Katas ng Saudi.

Mr Estrada has also filed more than 600 bills to protect and empower workers, OFWs and youth.

It seems like the political figure has brought immense comfort and excitement to the migrant workers in Singapore.

It is indeed heartening to see how they welcomed him with so much passion and warmth.

However, looking at the massive crowds forming at the shopping mall, we hoped that everyone there managed to stay safe and look out for one another.

Nonetheless, we’re certain that Mr Estrada’s visit was a pleasant one. We hope his visit reminded the local migrant worker community that they are not forgotten even though they are working hard in a foreign land.

Featured image adapted from @cherrie_christianne on TikTok and Imelda Cacanando on Facebook.