The two couples reportedly met frequently and would chat, dine, and shop together.

When we think of scams, we immediately recall unsolicited phone calls and text messages from strangers trying to deceive unsuspecting victims.

We would least expect them to involve our friends, whom we trust and meet regularly.

Sadly, it appears even the sacred concept of friendship wasn’t enough to stop the now-infamous luxury goods scammers from Singapore from swindling their supposed ‘friends’ of their hard-earned money.

Speaking to Channel NewsAsia (CNA), a couple shared that they had lost S$180,000 to the scammers, who are now reportedly on the run in Thailand.

Perhaps more concerning was the fact that the victims had considered the scammers their friends and even met them regularly for social activities, such as dining and shopping.

In an exclusive interview with CNA, the couple – identified as Jasper and Alice (not their real names) – first encountered the scammers when they bought a watch from Tradenation last September.

Jasper and Alice had reportedly seen influencers promoting the company and came across positive reviews from customers on Carousell.

Even though Jasper was initially sceptical about the company, Alice told him to take a “leap of faith”, pointing out that it’s a Singapore-based company and others had positive experiences with them.

When they met Siriwipa Pansuk – one of the scammers – to collect their first purchase, she brought them to a watch shop along Orchard Road to authenticate the timepiece.

The authentication process went on without a hitch, and the couple later determined that the Thai national was trustworthy, even though the product was delayed by a few days.

On the same day, Pansuk invited Jasper and Alice to dinner at a fancy restaurant in a hotel before subsequently inviting them to her house.

Alice shared that she and her husband could “click quite well” with Pansuk, and they “became friends” after.

In the following months, Jasper and Alice met up with Pansuk and her husband Pi Jiapeng “almost every other day”. 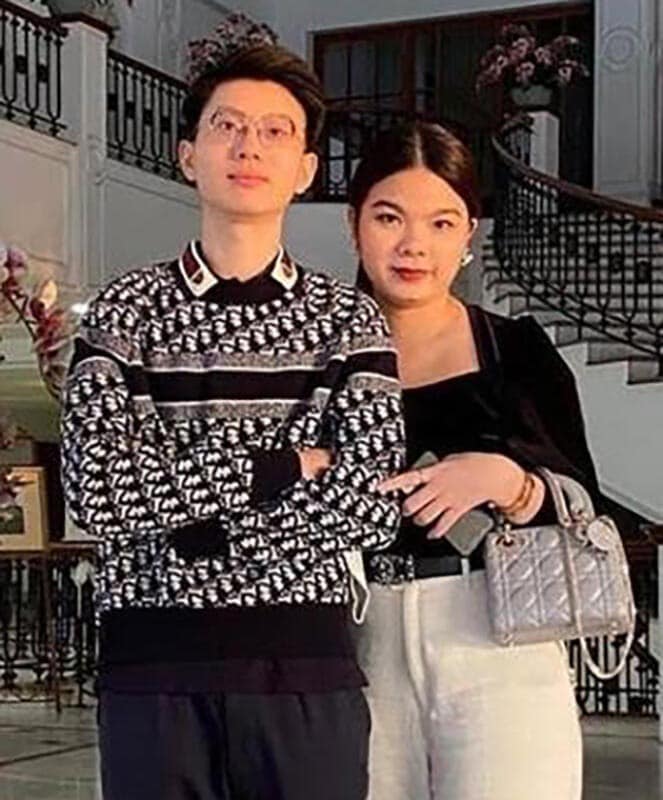 Interestingly, the relationship between the four wasn’t strictly about business. They could connect beyond that as genuine friends by meeting up to chat, dine and even shop together. They also shared common interests, such as cars and watches.

Their friendship only grew more “intense” with time. At one point, Pansuk and Pi even invited them over to meet Pansuk’s grandmother, and they savoured meals cooked by a private chef.

Couple grew suspicious, but scammers said they were opening a physical store

However, after a while, Jasper and Alice found that things were too over the top and extravagant. Sensing something was amiss, the couple decided to distance themselves from Pansuk and Pi.

In January, Pansuk reached out to Jasper and Alice, urging them to buy more products from them.

Though Jasper sensed something was “very fishy”, his suspicions faded when Pansuk and Pi told them they were opening a physical store. So, Jasper and Alice placed their orders.

However, despite waiting for months, the watches they purchased never arrived.

Jasper and Alice proceeded to lodge a police report on 11 Jun.

Both luxury goods scammers had passports detained when they fled Singapore

I got a report from your husband. Very disappointed when you all know us for a while, but still like this.

Shortly after that, Pi was arrested on 27 Jun for his suspected involvement in cheating offences. His passport was impounded, and he was released on bail the next day.

His wife, Pansuk, was also assisting the police with investigations. She similarly surrendered her passport to the police on 30 Jun.

Pansuk and Pi fled Singapore on 4 Jul by hiding in the container compartment of a lorry and are reportedly in Thailand.

According to CNA, Pansuk and Pi still owed Jasper and Alice about S$180,000.

In total, Pansuk and Pi also reportedly owe some 200 customers about S$32 million worth of luxury goods.

Hope authorities can locate them & reimburse victims for their losses

Being scammed with such a large amount of money is bad enough, let alone by supposed friends they trust.

We sympathise with Jasper and Alice, as well as others who fell prey to the scammers.

Hopefully, the local and international authorities can track down the scammers and bring them back to Singapore soil to assist with investigations.

Featured image adapted from Shin Min Daily News on Facebook and Style On The Dot.