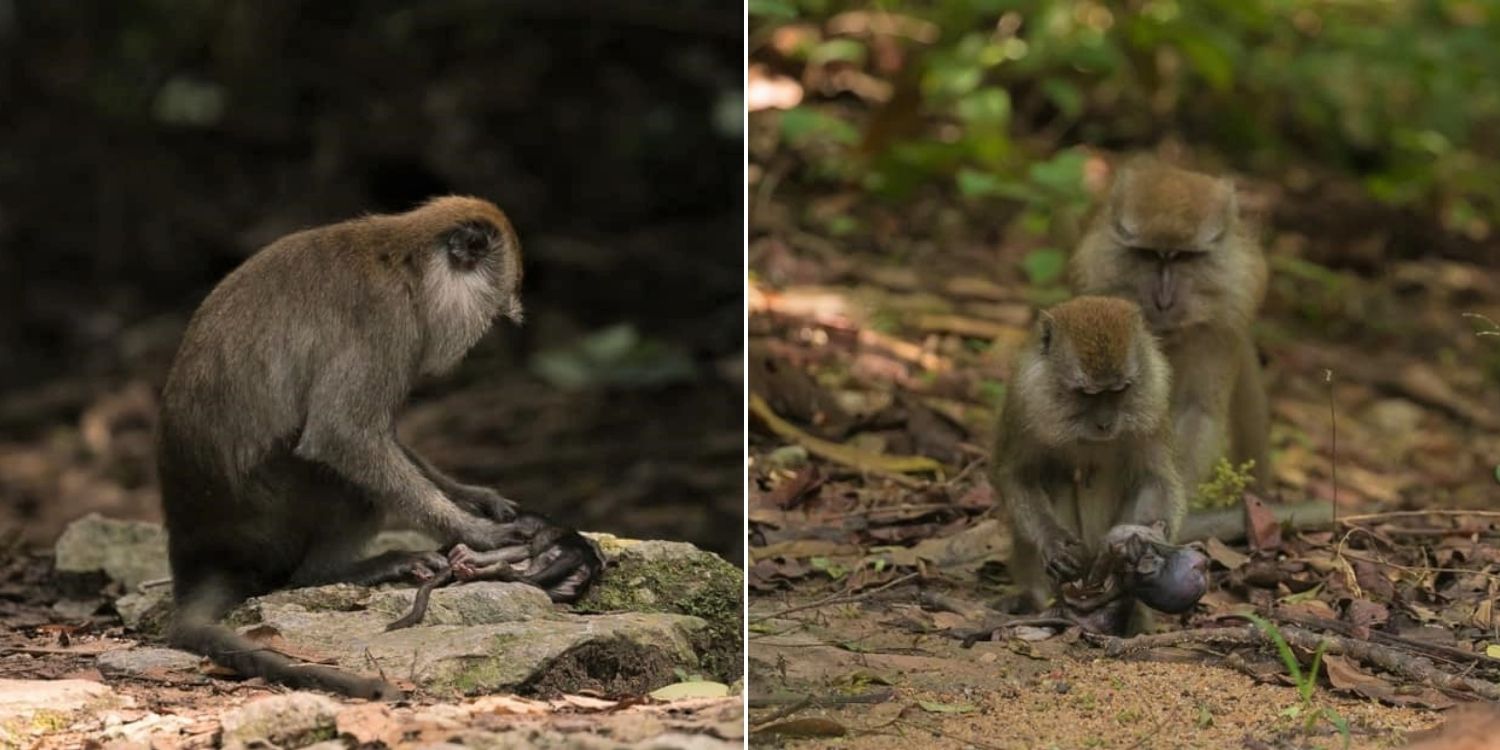 Macaque In MacRitchie Looks Devastated As She Holds Her Dead Baby

Losing a loved one is heartbreaking for us humans, and actually equally so for some animals too. Facebook user Dennis Chan captured a macaque confronting this very reality in a rare sight at MacRitchie Reservoir Park today (12 Jun). 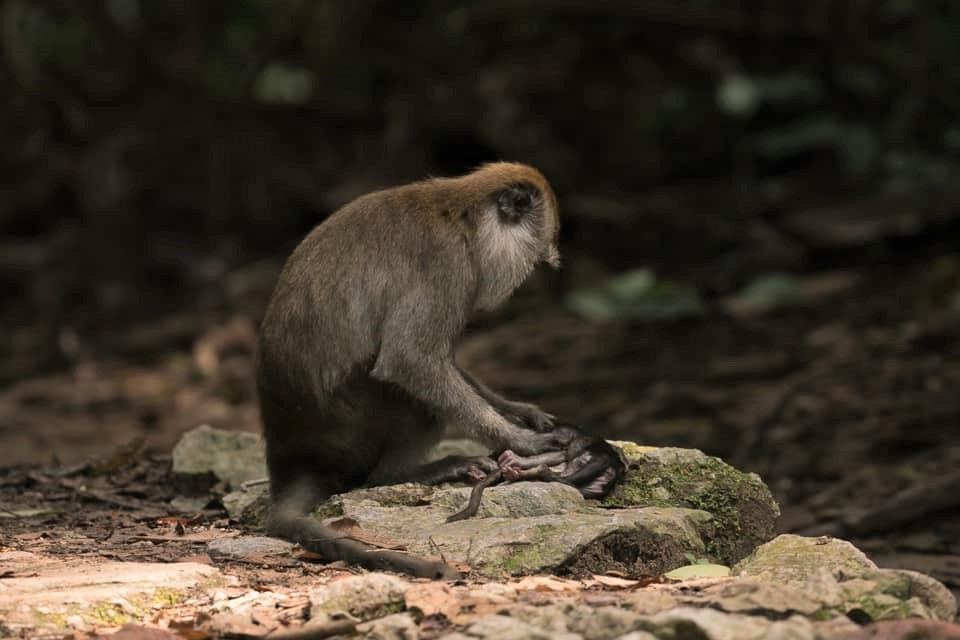 Holding her lifeless baby in her arms, the mother macaque looked solemnly at her child’s fragile body.

Speaking to MS News, Dennis shared that he was out filming some native wildlife at MacRitchie when he stumbled upon the unfortunate sight.

A female macaque, most likely a mother, was holding a lifeless baby in her arms, as another macaque looked on not far behind. 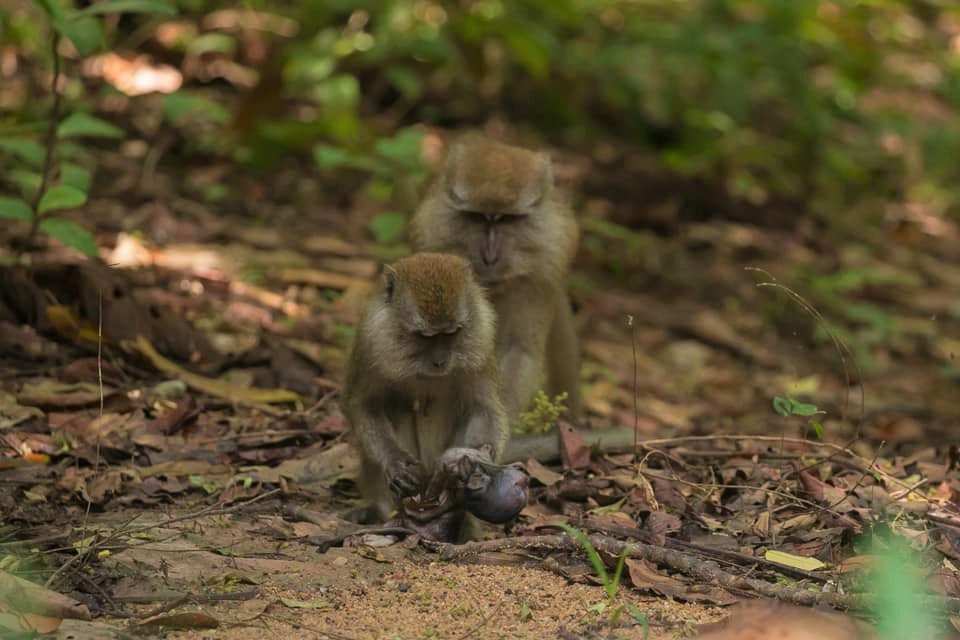 He paused to observe them and noticed that the mother made several attempts to swat away the flies that were swarming around her baby.

Her desperate gestures suggested that she may have still thought that her baby was alive, Dennis guesses.

He watched them for 30 minutes, during which the female macaque kept lifting the baby up and putting it back down, like a mother in disbelief that her precious child is gone.

Not wishing to linger any longer, Dennis eventually left, with that devastating scene ingrained in his memory.

Though long-tailed macaques aren’t uncommon in Singapore, they often have a bad reputation for stealing food or disturbing people’s peace.

However, Dennis wishes to remind us that the monkeys are wild creatures.

Despite their high intelligence and ability to adapt, they’re not accustomed to human interaction. Hence, we should take conscious steps to avoid conflict, such as not feeding them.

Whatever situation we may encounter them in, let’s remember to only watch from a distance, as Dennis did.

We hope the macaques he photographed are doing alright and will continue to live peacefully in our nature reserves.