M’sian Sushi Seller Sets Aside 50 Pieces For The Needy, His Customers Donated Another 300 To Help 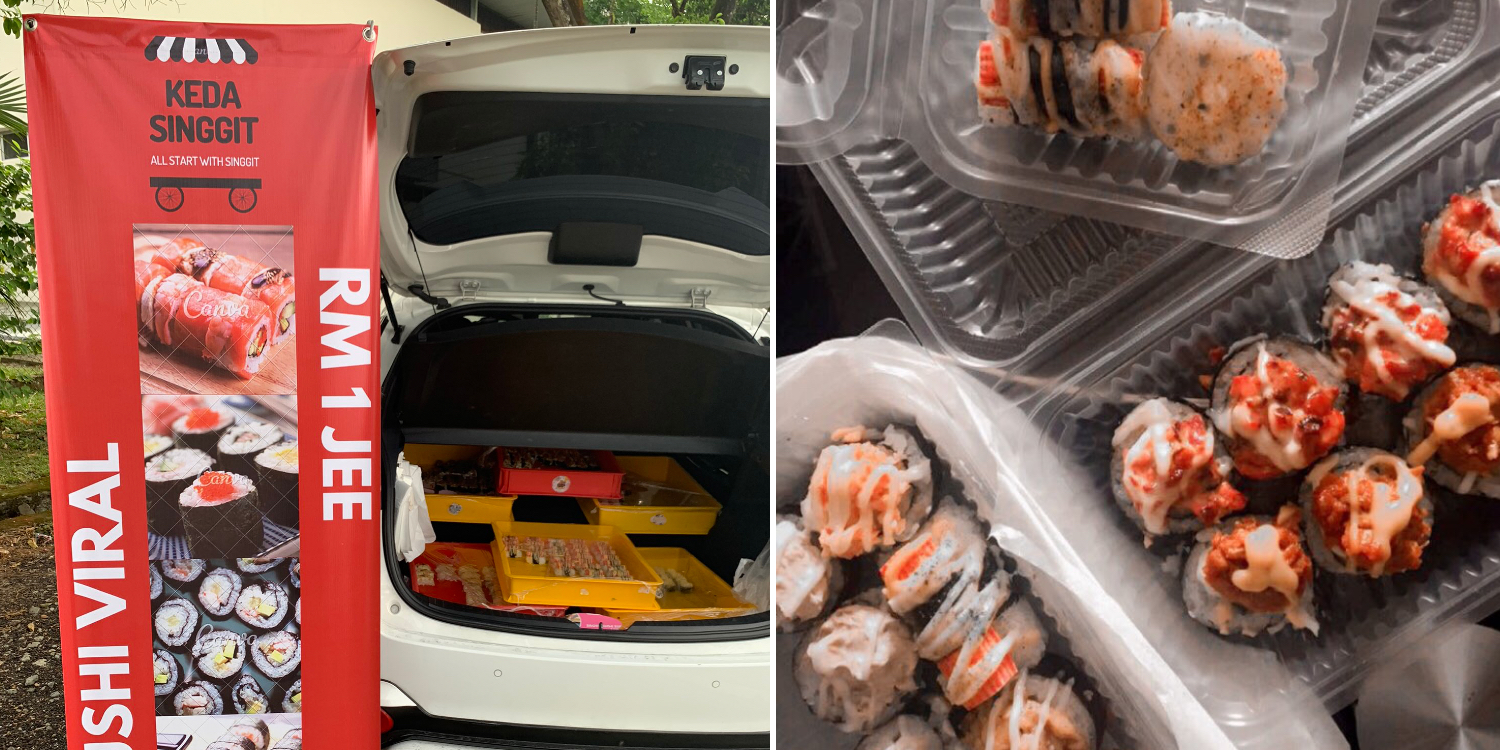 He feels everyone should be able to eat sushi.

Everyone tries to make an honest living to support themselves and their families. No matter how little they have, some still try to lend a hand to help the needy.

For a Malaysian man who sells sushi out of his car boot, he decided to give away 50 pieces of sushi to the needy every Friday. 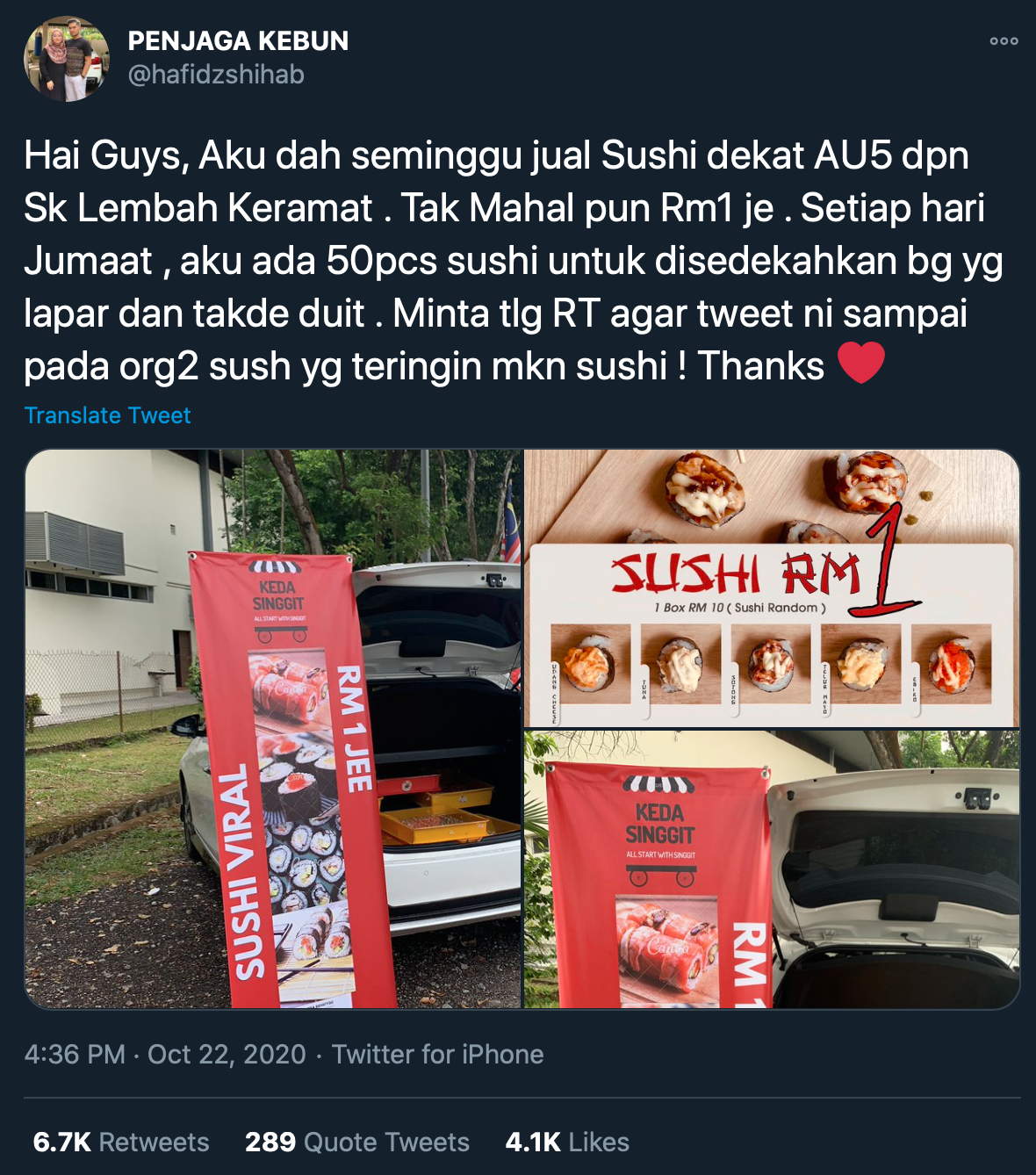 He implored the public to spread the word so that the needy may approach him for something to eat.

Little did he know that customers were so moved by his actions that they bought 350 pieces the next day to donate to vulnerable groups. 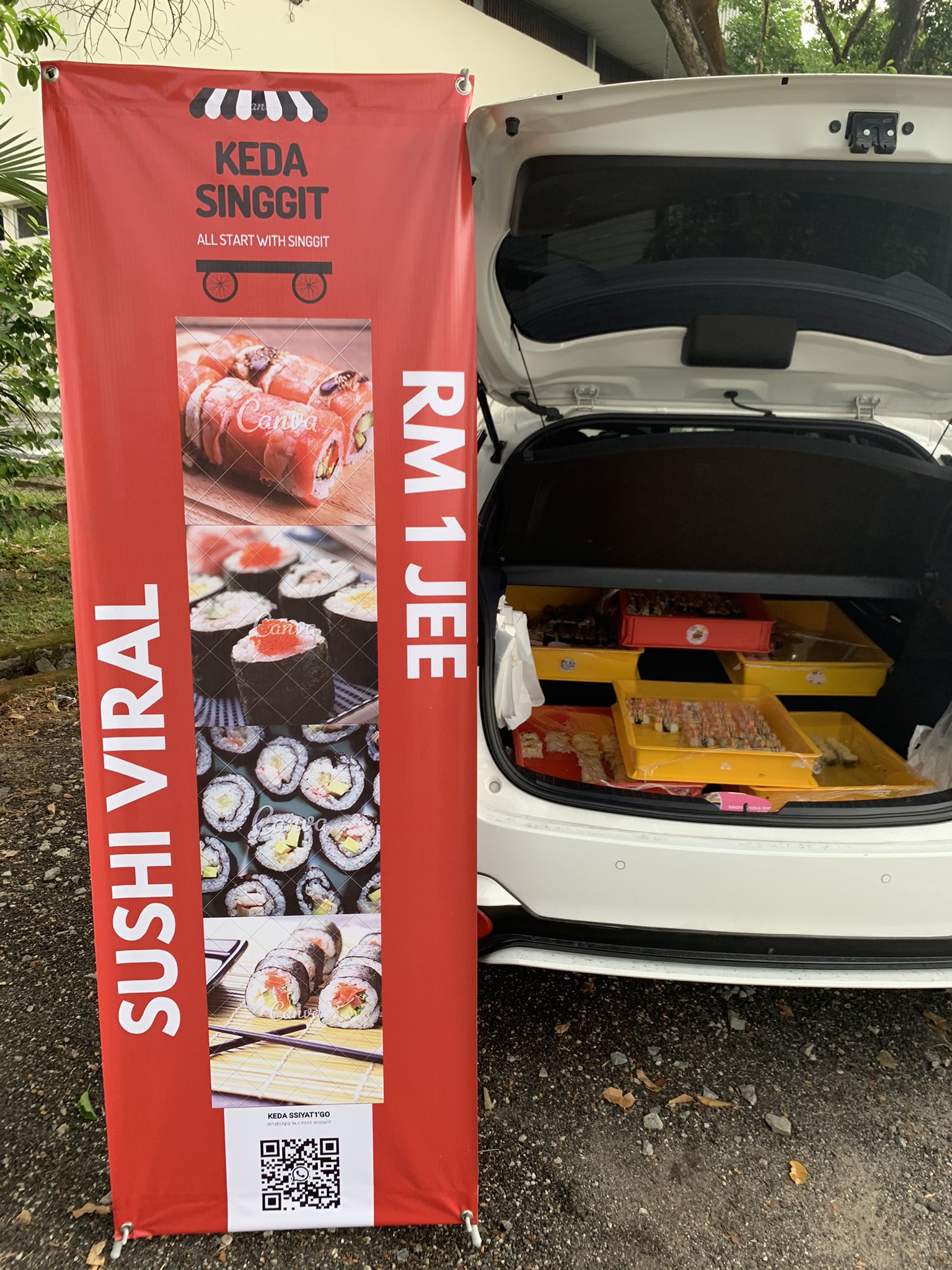 According to Malay Mail, a 25-year-old man called Said Muhammad Hafidz Adhha Said Umar has been selling sushi out of his car boot in front of a school called SK Lembah Keramat in Kuala Lumpur. 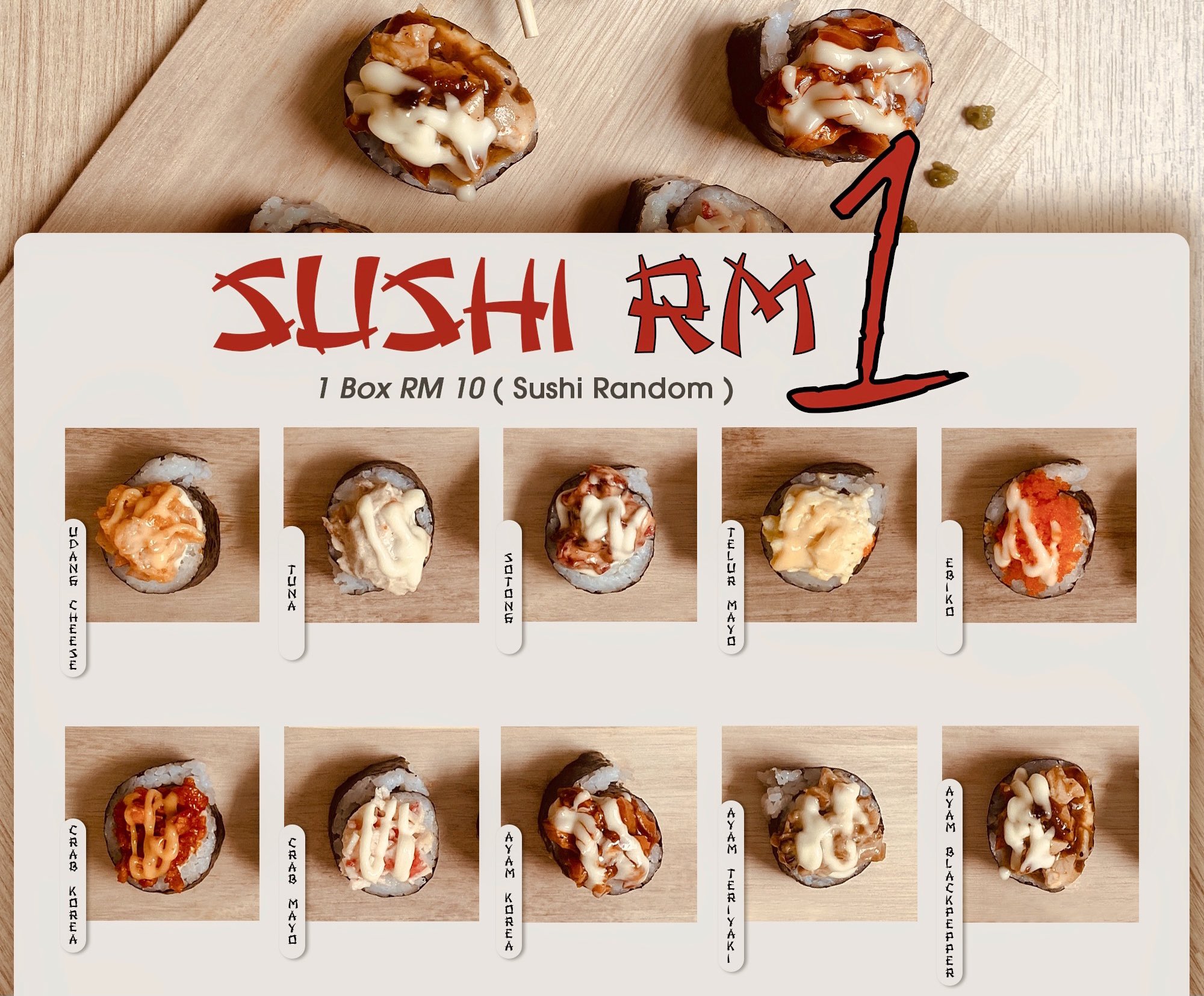 On Thurs (22 Oct), Mr Hafidz shared on his Twitter page that every Friday he would leave 50 pieces of sushi aside for the poor and needy. 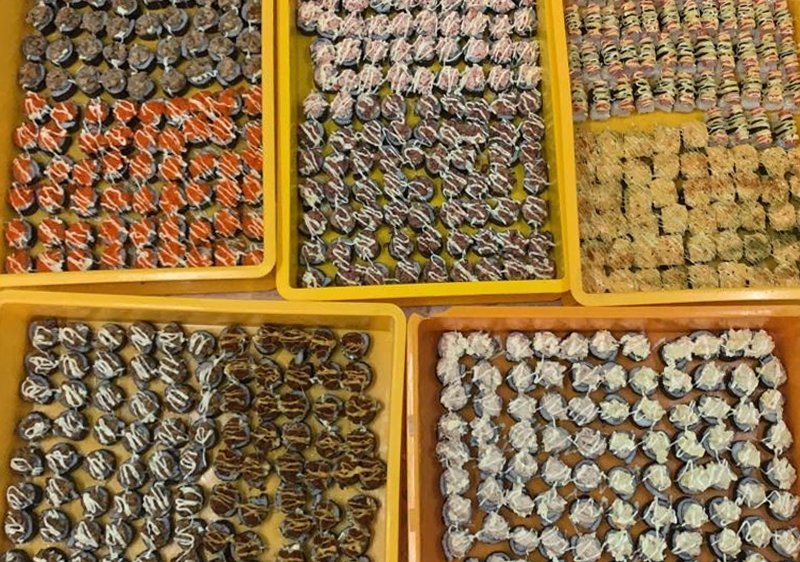 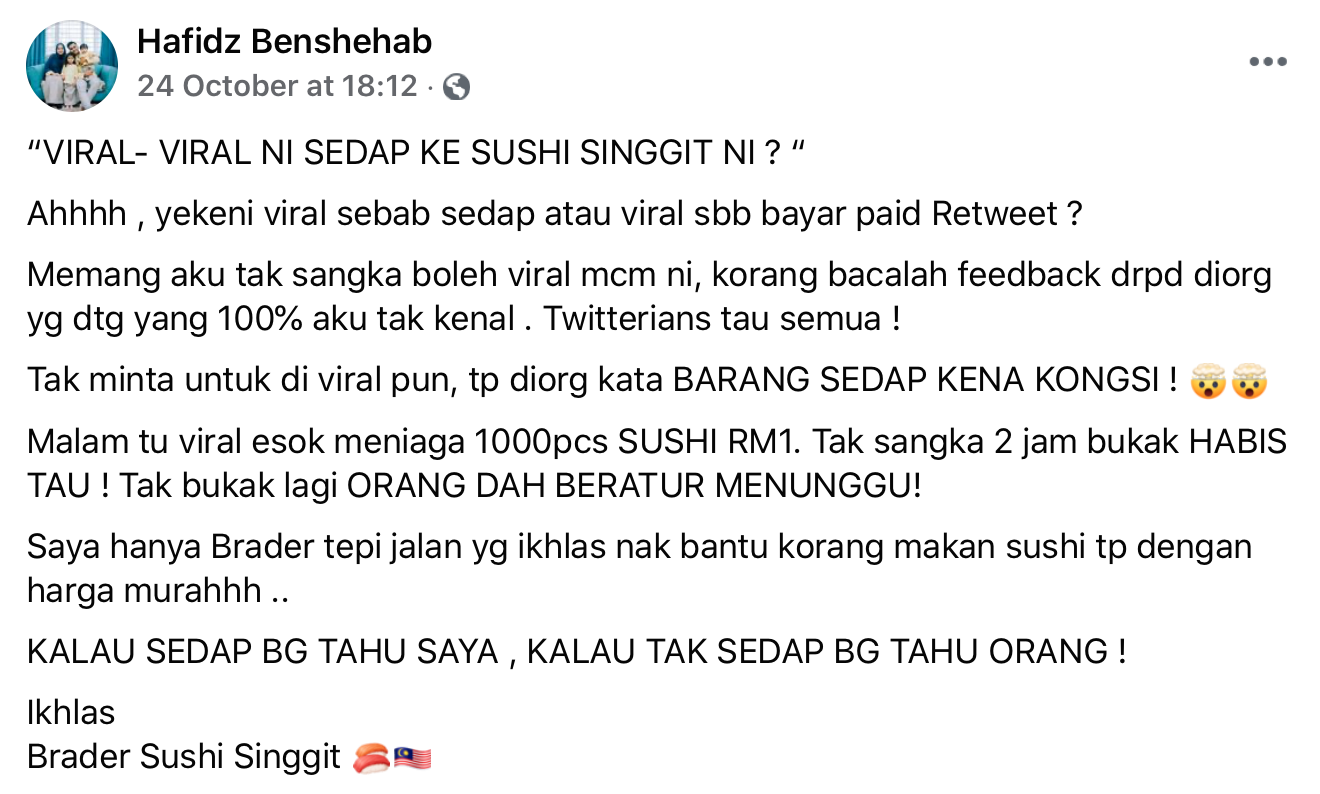 Out of the 1,000 pieces, 300 were kindly donated by customers to be given to the poor, according to Malaysia news site mStar. In total, he managed to donate 350 pieces.

The remaining 650 were snapped up by customers in a flash.

Believes everyone should be able to eat sushi

When asked what motivated him to do this, Mr Hafidz told Malaysia news portal Free Malaysia Today that he noticed many people who were less fortunate around the area where he plies his trade. 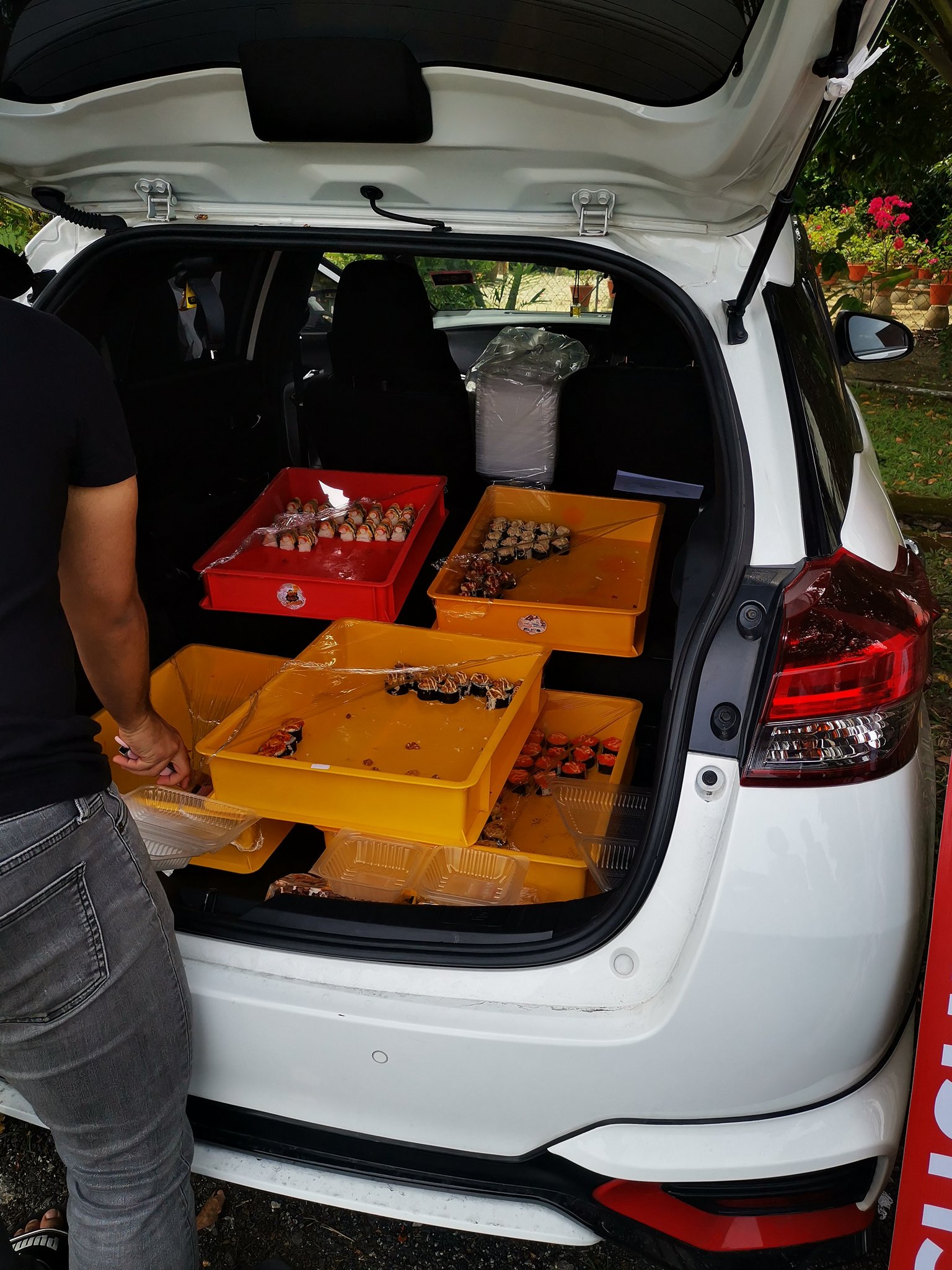 The father of 2 then decided to donate his sushi to them instead of essentials like rice because he realised they hardly get to eat Japanese food.

They rarely eat sushi and some had never even tasted it before. I started donating sushi so they could try it.

Mr Hafidz elaborated that there were many people distributing essentials to the needy already. But for sushi, which typically costs more, the poor and needy can’t afford it.

Everyone should be able to eat sushi.

Help the needy wherever we can

However, he doesn’t plan to stop there. Mr Hafidz said his ultimate dream is to be able to donate the sushi out of his own pocket instead of depending on contributions from the public.

Indeed these are the true unsung heroes who notice the less fortunate and strive to meet their needs.

This is a heartening sight that truly inspires all of us to want to lend a helping hand too. So let’s continue to be compassionate and generous to ease the burden of others during this trying time.