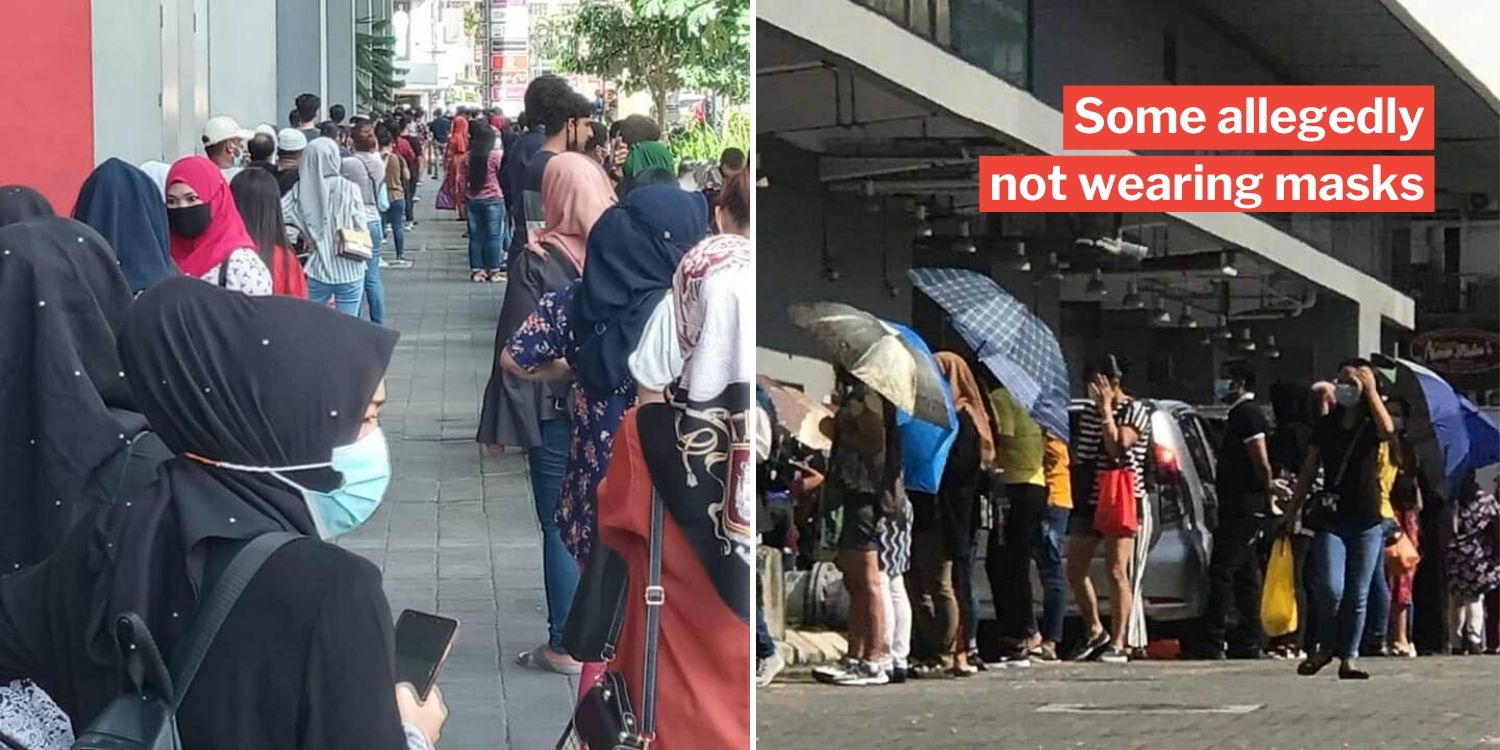 Some of the people in the queue didn't seem to be wearing masks.

Everyone knows that Singaporeans love to queue. Well, it looks like our Malaysian neighbours have picked up that hobby after the Movement Control Order was lifted around the country on Monday (4 May).

This was seen at Kenanga Wholesale City in Kuala Lumpur. 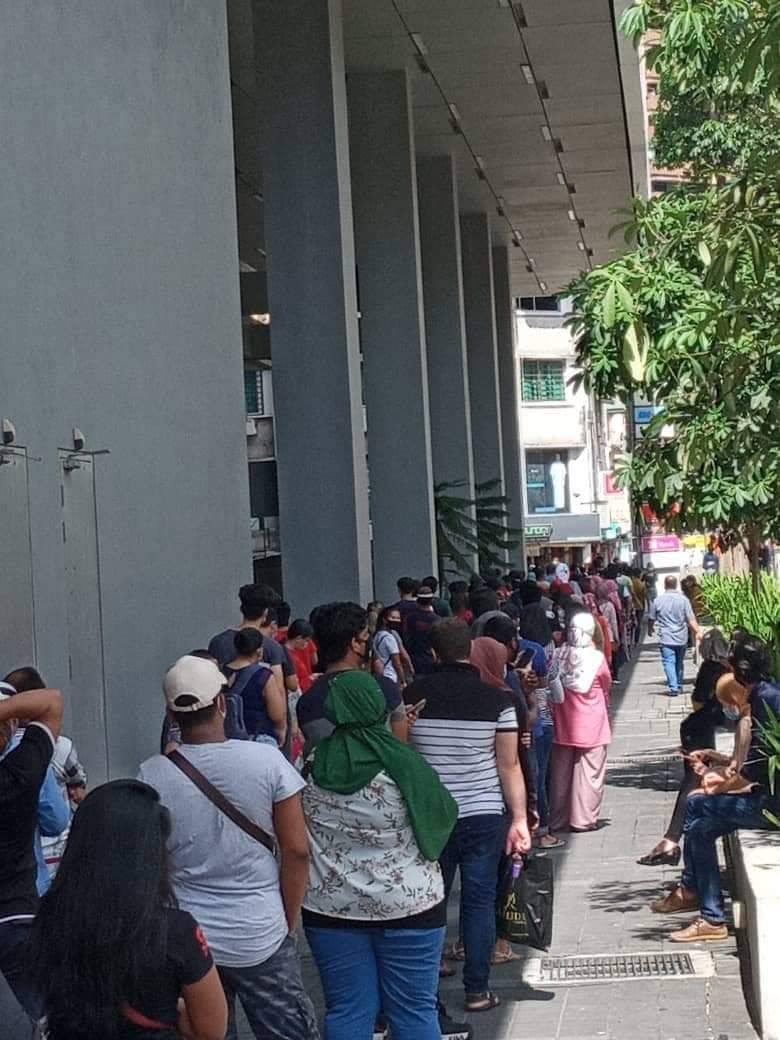 Clearly, many Malaysians were excited to resume normal life and shopping.

From the photos he shared, the shoppers definitely don’t seem to be maintaining a 1m distance from one another. 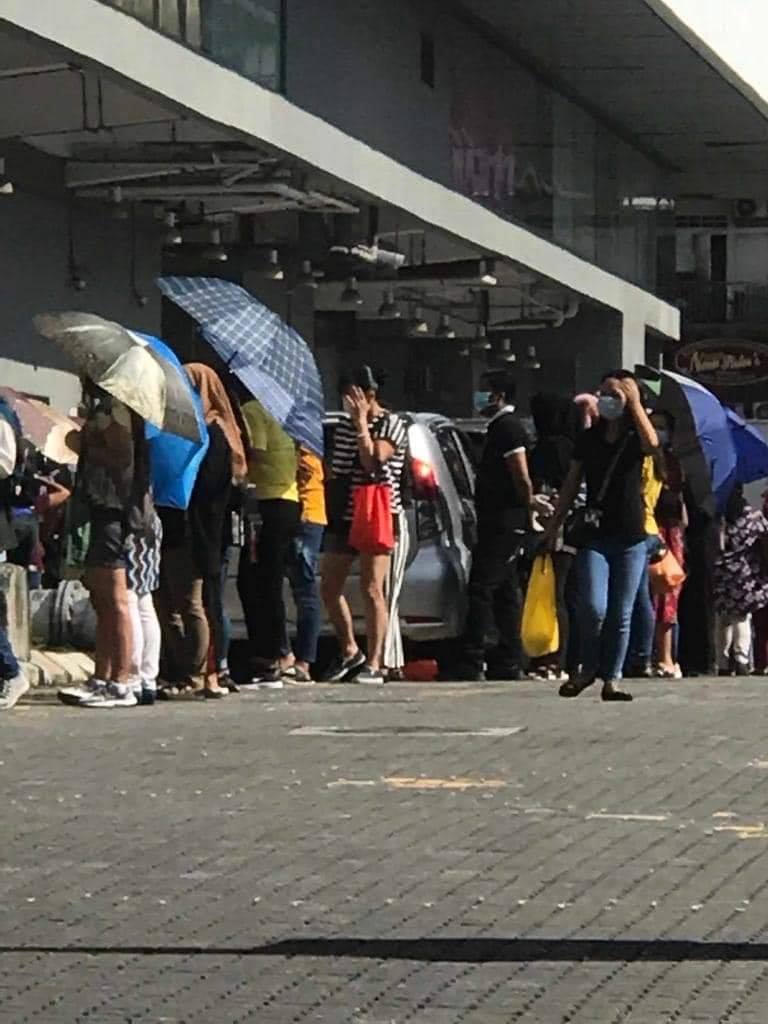 Some of them did not even seem to be wearing masks, or had them pulled down, according to another netizen. 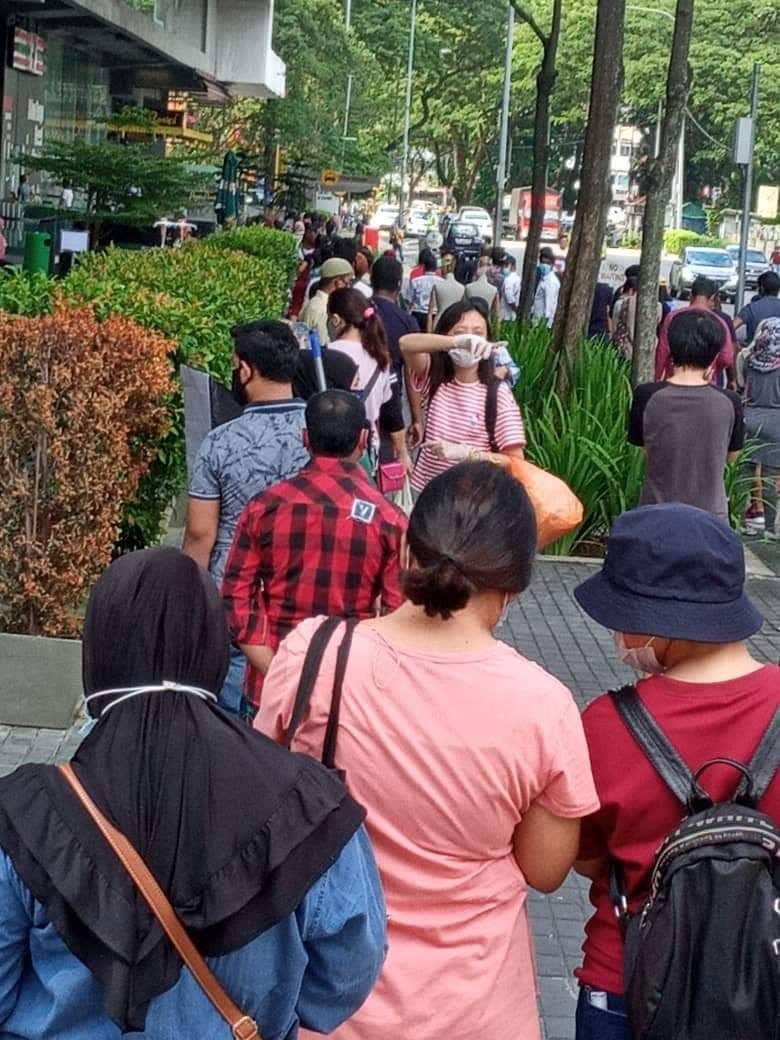 However, Malaysian news website Astro Awani was told by a manager of Kenanga Wholesale City that many of the people in the queues weren’t over-zealous shoppers, but reportedly shop owners and employees who work in the mall.

The long queues formed as they had to wait their turn to undergo temperature screening before entering the mall, he added. 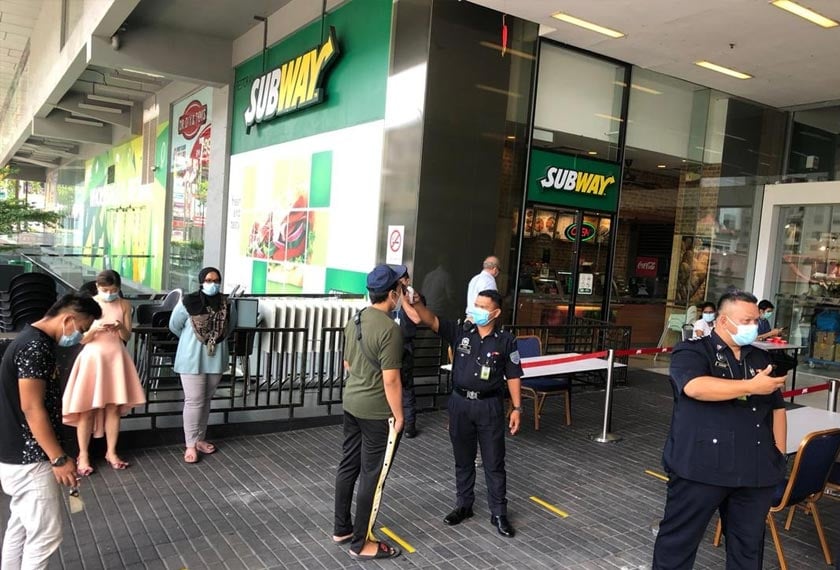 In just a few weeks, Singapore’s ‘Circuit Breaker’ will be over, and retail outlets might reopen.

While we would all want to stretch our legs and hit the shops once we’re allowed to, we should remember our Malaysian cousins’ experiences.

Given Singaporeans’ propensity for shopping (and queueing), we’ll probably see some similar – or worse – snaking queues around the country come 2 Jun.

Though we’ll have been cooped up for nearly 8 weeks, that doesn’t mean we should rush out to quench our thirst for shopping once stores reopen.

After all, we still don’t have a cure or vaccine for Covid-19 yet.

Until that comes out, we’ll have to exercise caution 24/7, especially when in crowded areas like malls.

In less than 4 weeks we’ll be free, so in the meantime please stay home and stay safe until then, and continue to practise safe distancing after that.