Man Lies On Road During Downpour In Ang Mo Kio, Just Wants To ‘Feel The Rain’ Let's hope he didn't catch a cold after this.

Lately, the weather in Singapore has been really wet and windy, with widespread thundery showers expected to happen for the rest of the month.

While most people have been trying their best to keep dry, one elderly man decided to embrace the heavy downpour instead.

Recently, a TikToker posted a video showing the uncle lying down in the middle of an empty road in Ang Mo Kio as he literally soaked in the wet weather.

Don’t worry, he’s fine — according to OP, the man did it simply to “feel the rain”.

Man lies in middle of road in heavy rain

On Sunday (19 Jun), TikTok user @elijahmikaelson_og posted a video of a man just lying in the middle of the road during a heavy downpour. He later replied to a comment sharing that this was in Ang Mo Kio. 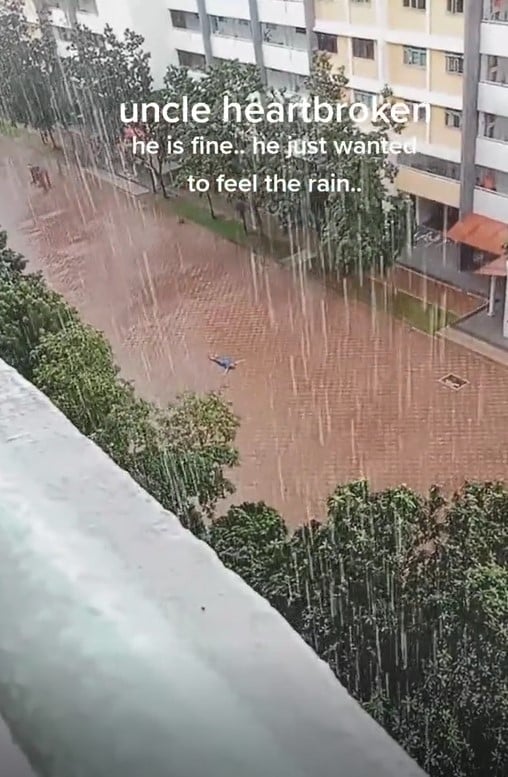 As the rain fell down, the uncle, clad in a simple blue T-shirt, shorts, and slippers, just lay on his back with his arms spread out, like he was making a snow angel.

After seeing this, one may assume that the guy might be going through some tough times, such as a very bad break-up.

Thankfully, this unusual act wasn’t due to any particularly unfortunate circumstance.

According to OP, he was out delivering food when he spotted the uncle. Concerned, he asked the uncle if he was okay, and the latter shared that he “just wanted to feel the rain”.

Still, netizens quipped that somebody must have hurt the elderly man’s feelings.

Others noted how he is actually living his life to the fullest, unafraid of judgement and simply enjoying himself.

Some even said they would gladly join him to experience the moment together.

Movie buffs might find the sight familiar as it resembles the iconic escape scene from the 1994 film ‘The Shawshank Redemption’, where the protagonist basks in the rain with outstretched arms. 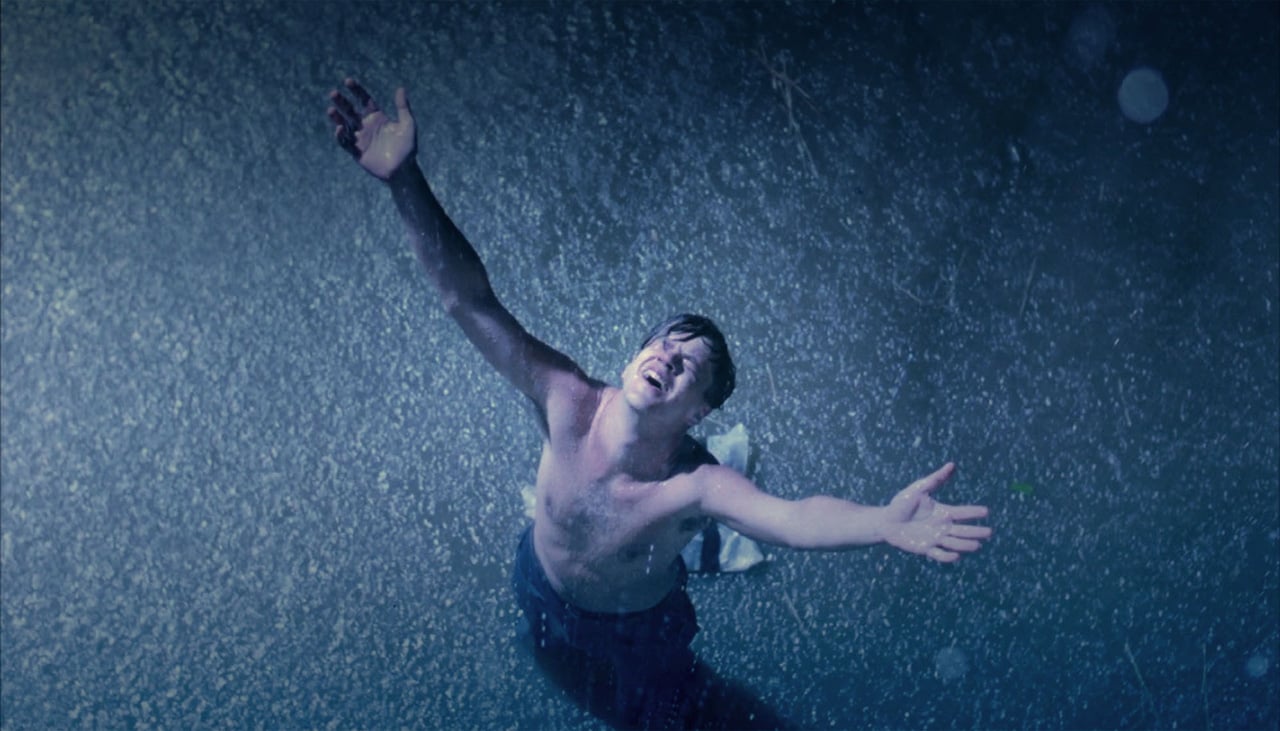 In this case, however, we highly doubt that the uncle had just broken out of prison.

Making the best out of any situation

This uncle’s oddly wholesome behaviour has no doubt given many a refreshing outlook on life. It can remind us that life is short, and we’ve got to simply enjoy these tiny yet simple moments.

Now that we can expect more wet weather like this in the coming weeks, we might see more of uncle chilling in the rain at different locations.

Let’s hope that he did not catch a cold after this session, though.