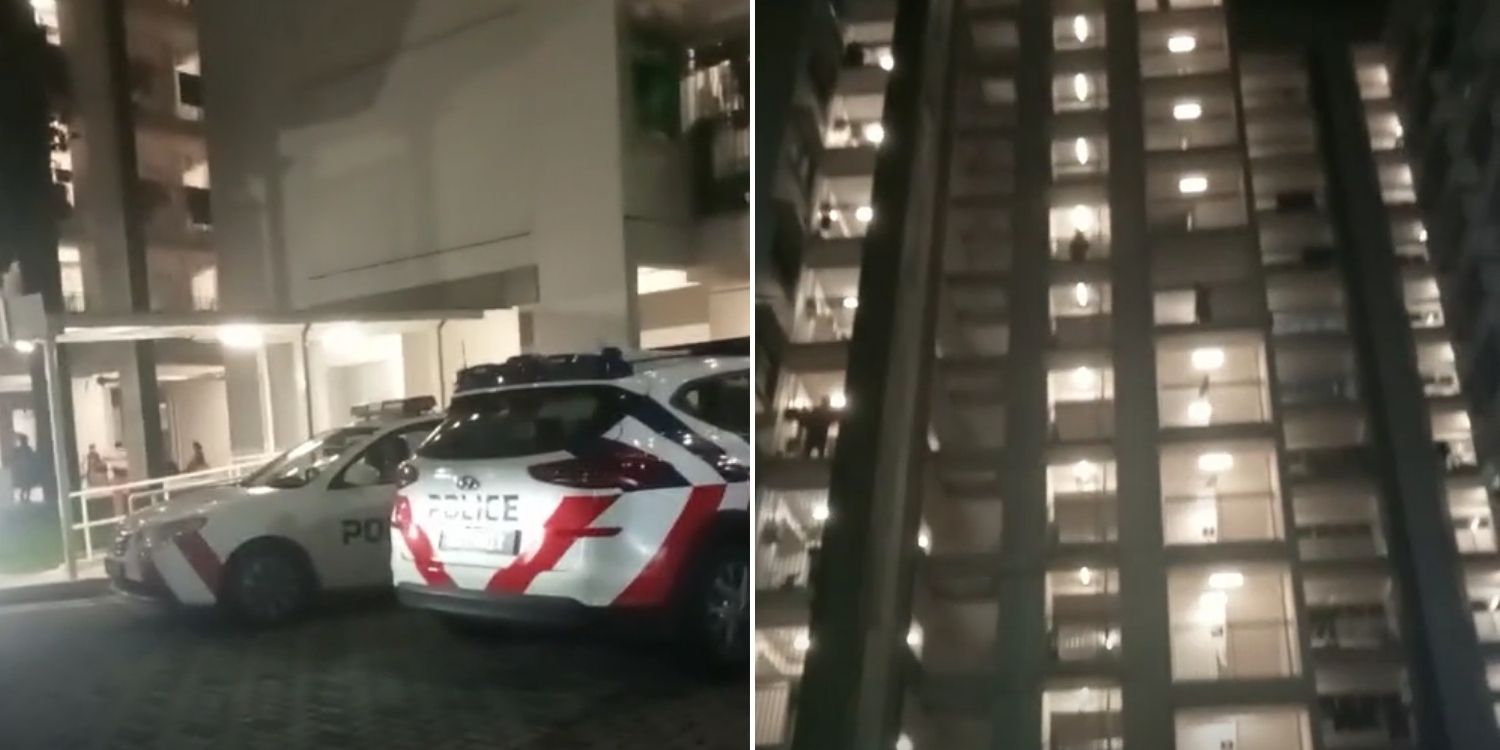 The attack reportedly arose from a dispute between the attacker and his acquaintance.

Police Arrest Man Who Attacked 2 People With Knife At Yishun

Just earlier this month, a slashing incident involving a student who was attacked by a man sent Singaporeans into a frenzy.

Unfortunately, another incident involving a dangerous weapon has occurred again, this time in Yishun.

On Thursday (23 Jun), a 58-year-old was arrested for attacking two people in an Yishun HDB flat.

The Singapore Civil Defence Force (SCDF) said they later conveyed the two victims to the hospital. Investigations into the incident are ongoing.

In a widely-circulated TikTok video posted on Thursday night (23 Jun), four police vehicles were seen parked below a HDB block in Yishun.

The clip also showed a few curious onlookers gathering around the block while looking up at the units.

The caption accompanying the clip stated that there was a slashing case at Blk 510A Yishun Street 51.

According to The Straits Times (ST), the police were alerted to a case of assault that same evening (23 Jun), at 8.30pm.

A 58-year-old man reportedly attacked two people with a knife at Block 510A Yishun Street 51.

Quoting the police, ST noted that the attack “purportedly arose from a prior dispute between both men who are known to each other”.

Channel NewsAsia (CNA) also reported that a trail of dark spots were visible on the ground leading to one unit in the block.

They subsequently conveyed two persons to Khoo Teck Puat Hospital. They were apparently conscious at the time.

The police then arrested the 58-year-old suspect for voluntarily causing grievous hurt by dangerous means. They also suspect him of committing drug-related offences.

Hope fewer of such incidents will occur again

Reading about so many cases involving weapons arising in Singapore recently is certainly worrying.

Nevertheless, they serve as reminders that we should never take our safety for granted.

Still, we hope that such incidents will decline over time, so we won’t read about them as often. Till then, we wish the victims a smooth recovery.