Man Climbs On Taxi To Stop Wife From Leaving, Gets Arrested For Committing Rash Act 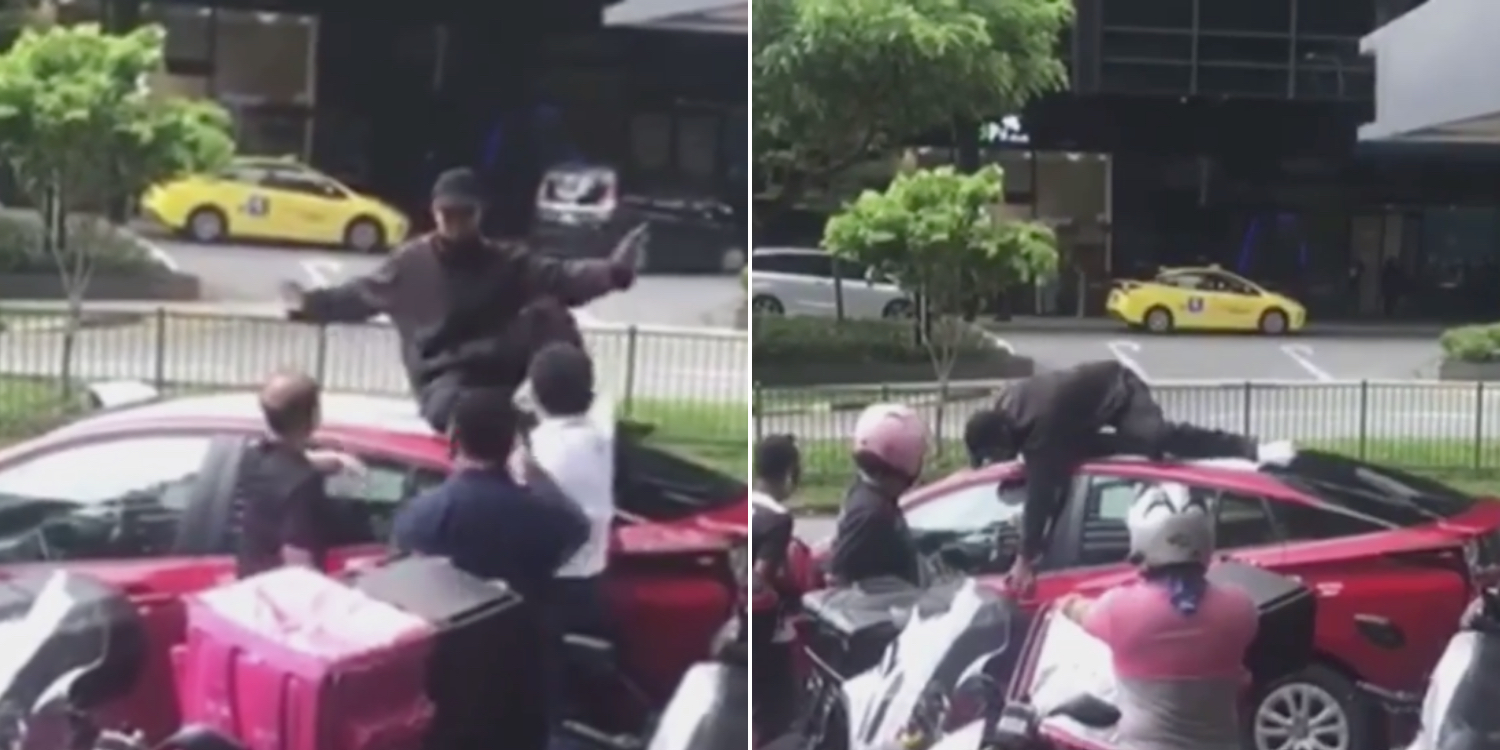 Onlookers tried to coax him down from the taxi.

Man Climbs On Taxi At Paya Lebar To Stop Wife’s Exit, Raised A Foot At Onlooker

When someone needs to leave but you need them to stay, simple words usually suffice.

However, words alone did not work for a couple in Singapore who were quarrelling.

To stop his wife from leaving, a man bizarrely climbed on the roof of a taxi parked outside Paya Lebar Square. 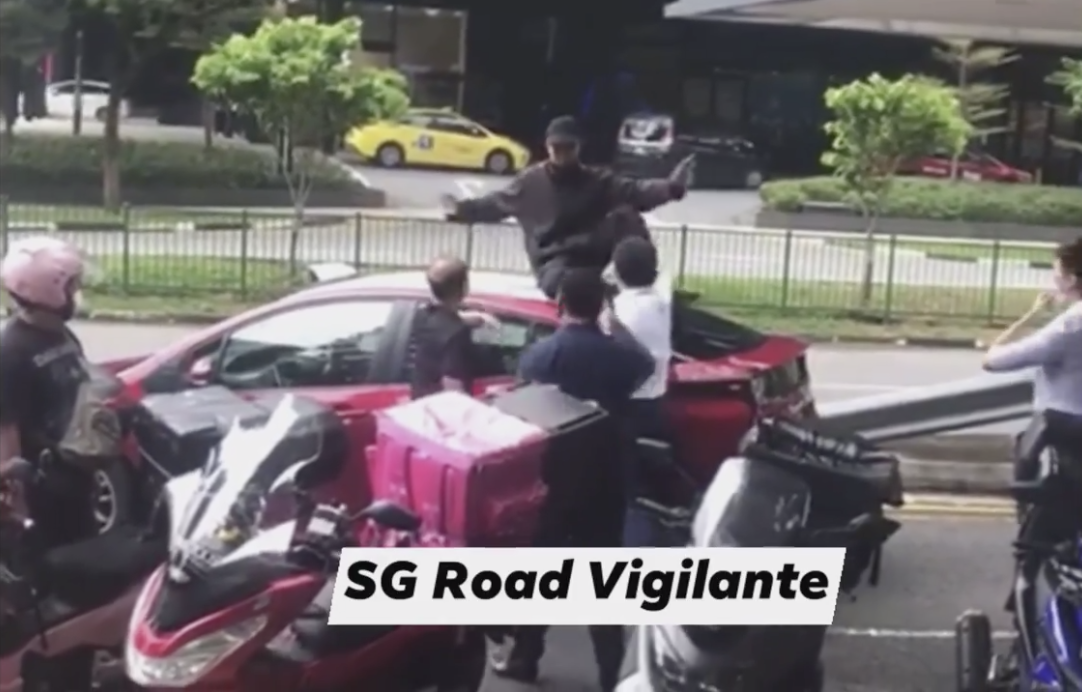 Onlookers called the police after the man refused to budge and the 33-year-old was subsequently arrested for committing a rash act.

At about 11.10am on Tuesday (10 Nov), the husband and wife were seen quarrelling on the streets when the latter made her exit by hailing a cab, reports Lianhe Zaobao.

In a bid to stop her from leaving, the man reportedly climbed atop the roof of the taxi. 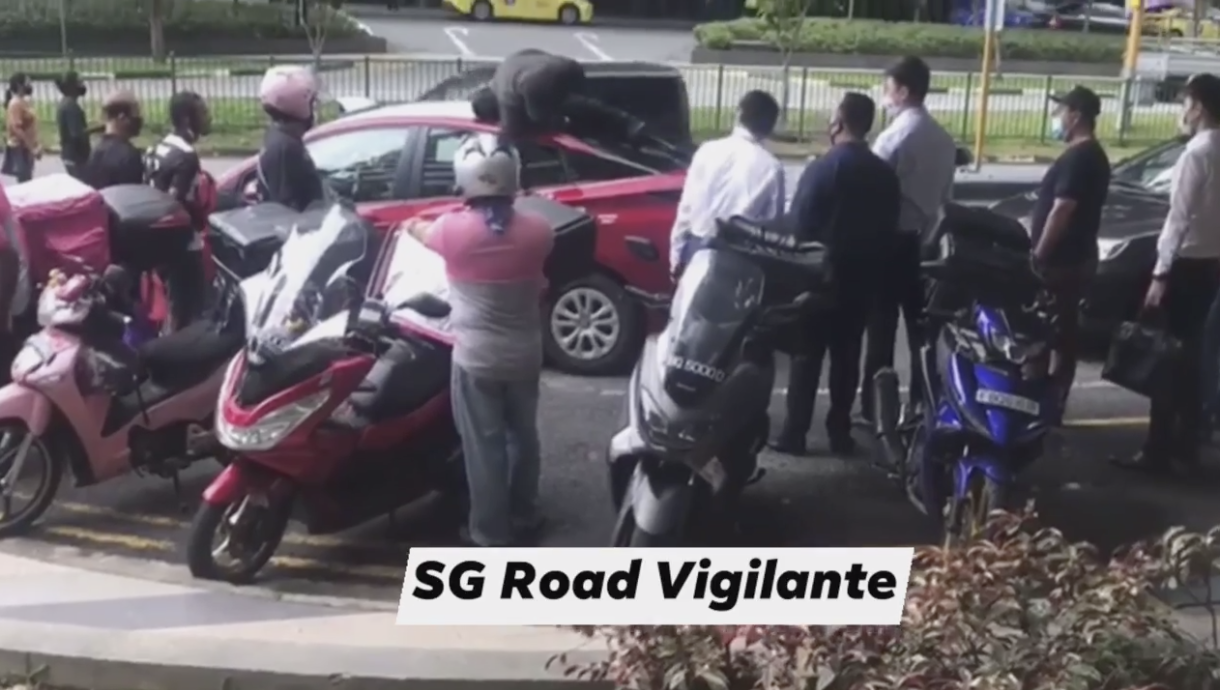 The ruckus caused many onlookers to gather.

A video posted on Facebook group SG Road Vigilante showed a passer-by extending his hand, coaxing the husband from the roof of the taxi. 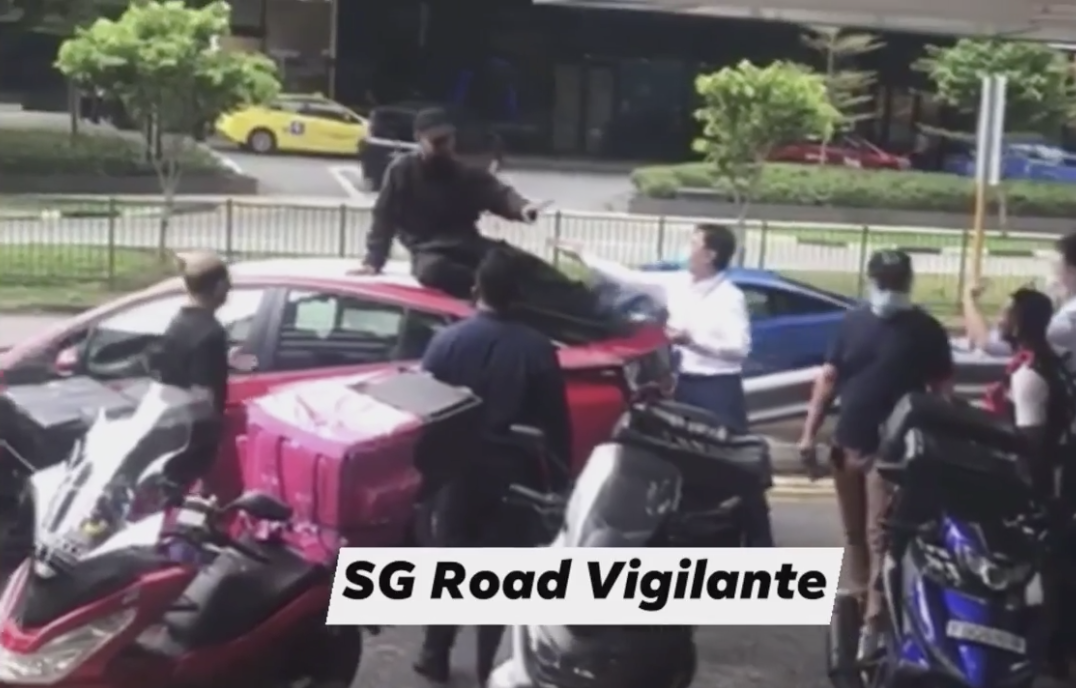 However, the man refused, even raising his leg at the passer-by. 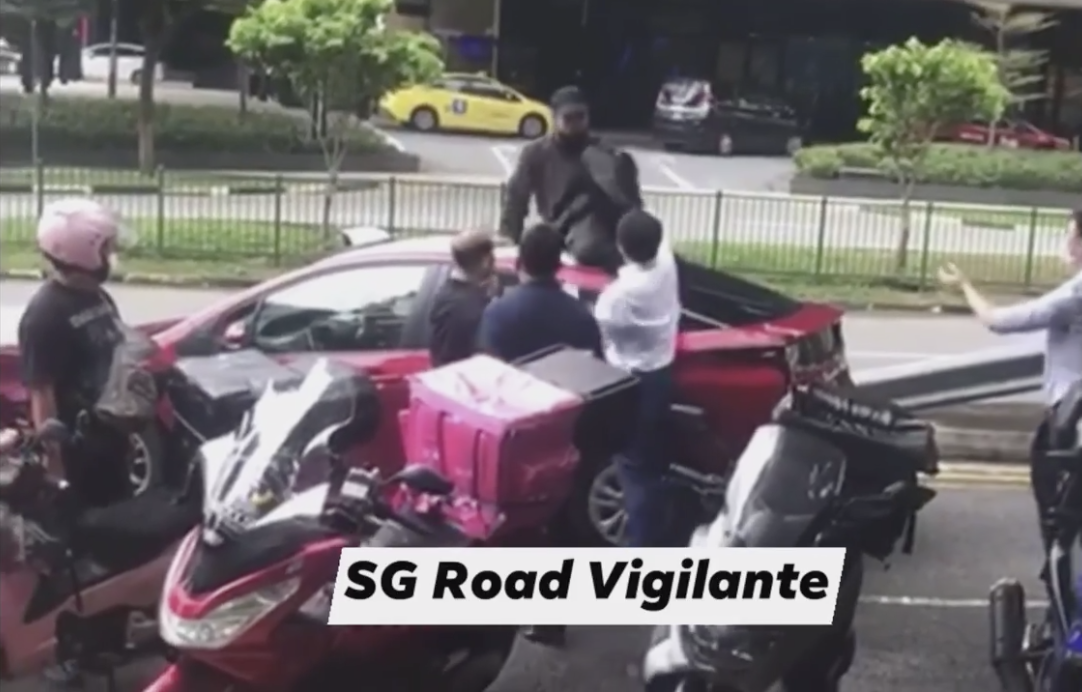 Others could be heard trying to persuade him to get down while a car that was blocked by the taxi sounded its horn.

This didn’t deter the man from attempting to open the doors of the taxi, which were unsurprisingly locked. 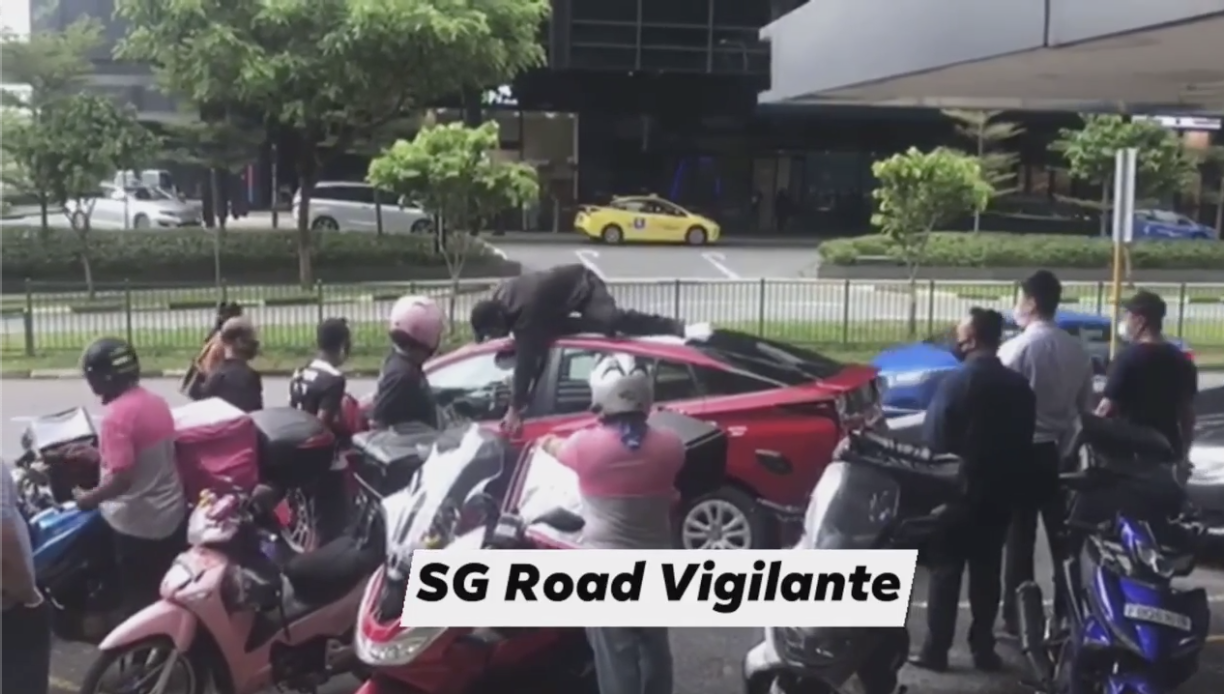 They later arrived at the scene and arrested the man for the rash act.

This incident shows us how a personal argument can blow up, subsequently causing a nuisance in public spaces.

In this case, the taxi was unable to move, disrupting the driver’s income while blocking traffic.

Private disputes can be settled amicably and should one party decide to leave, it’s at times not such a bad thing to allow them some space.

After all, every one of us has different coping mechanisms when faced with difficult situations.