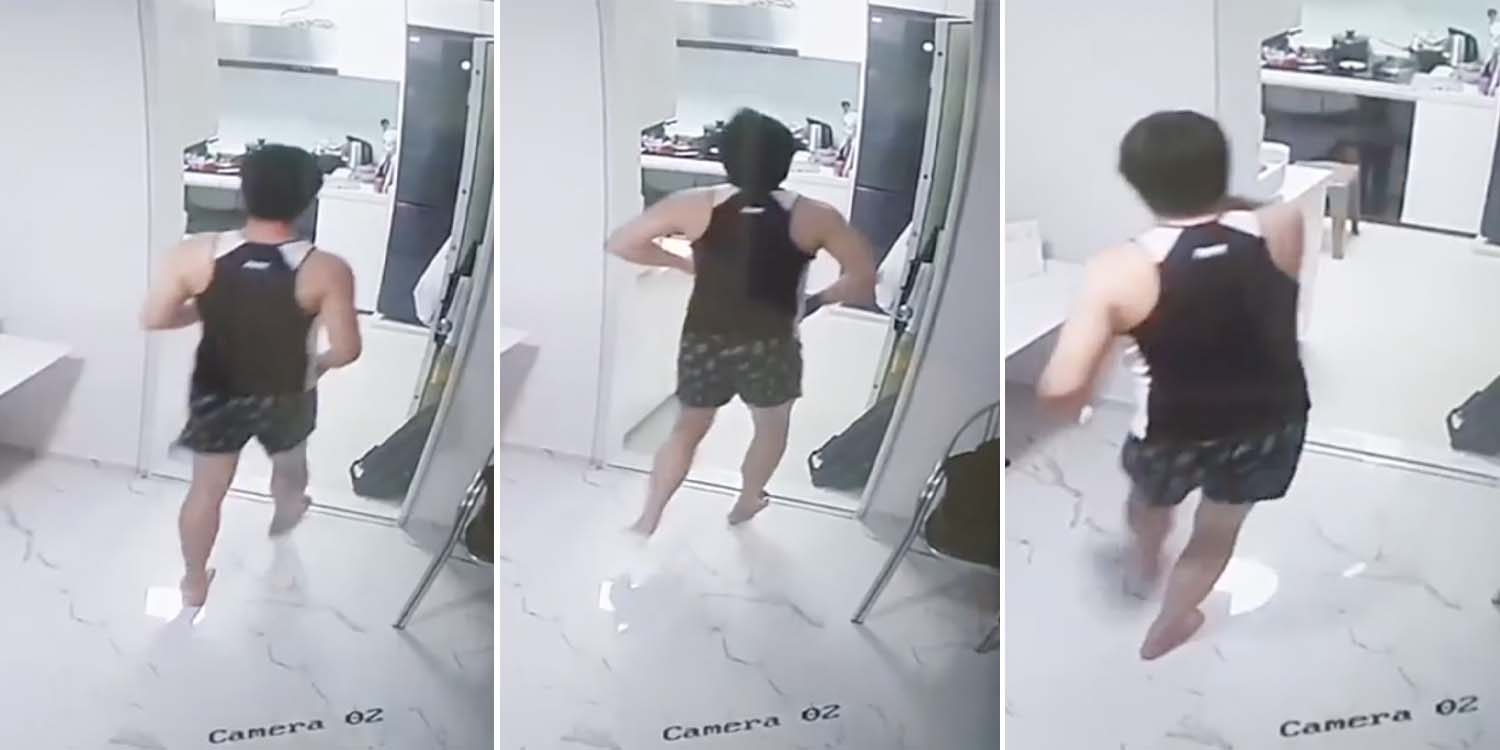 On Sunday (27 Dec), a man took to Facebook to share a hilarious video of him walking straight into a glass door in his own home.

His family had a good laugh over the incident as they watched the video. 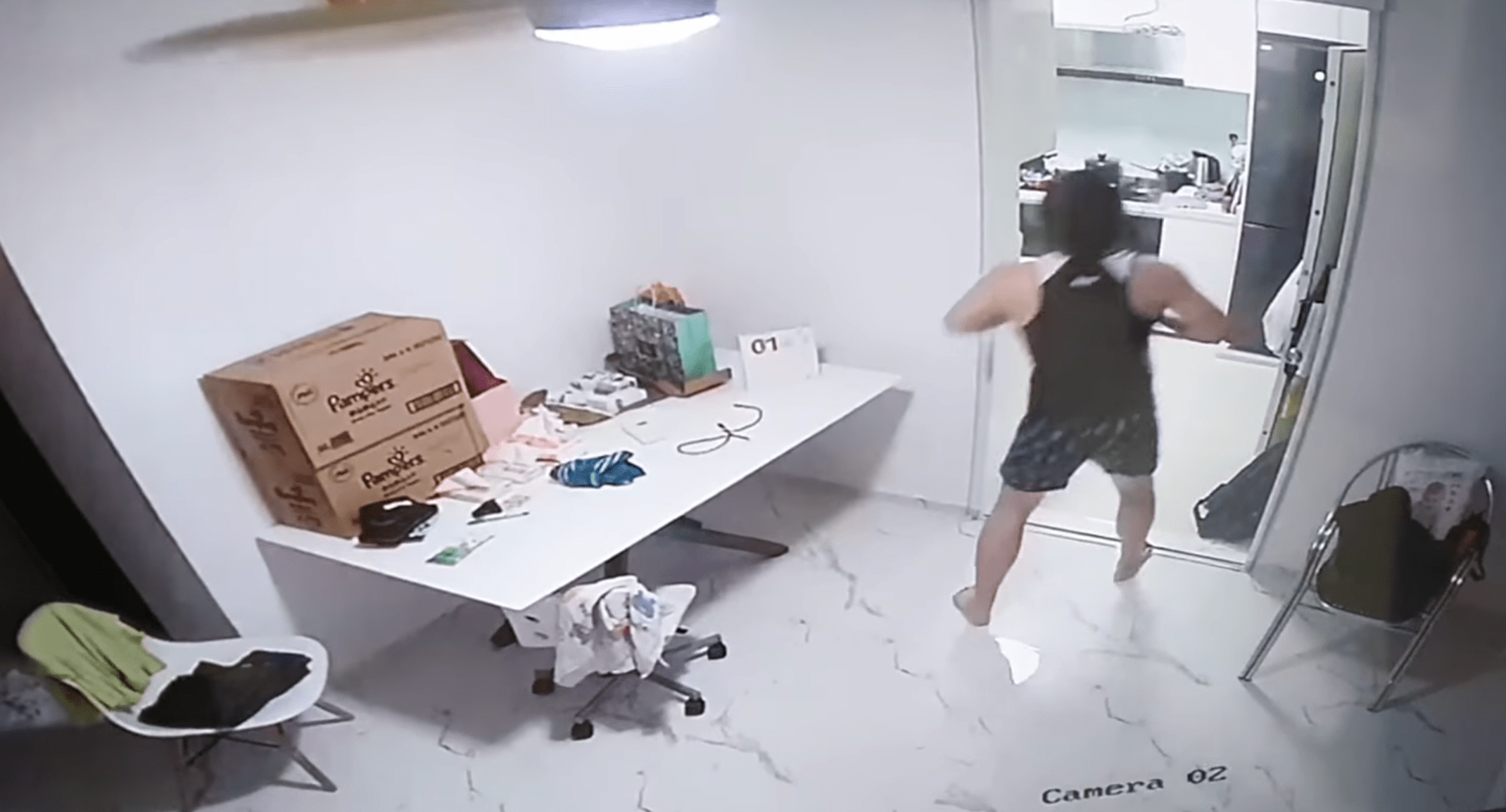 And apparently, so did netizens. The post quickly went viral shortly after it was uploaded to Facebook.

At the start of the video, a shirtless man walks out of the kitchen and casually slides the glass door shut — an action that evidently sets up the scene for ‘disaster’.

Another man comes in from the left. As he walks, his attention appears to be on something in his hands.

He confidently saunters into the kitchen, only to walk straight into the glass door.

The impact is so strong it sends him reeling backwards.

In another angle of the CCTV video, a painfully loud bang can be heard the moment his face comes into direct contact with the glass door.

After which, the man could be heard groaning in pain.

Family laughs at hilarity of incident

His collision with the glass door is so loud that his family members soon come out to check on him. 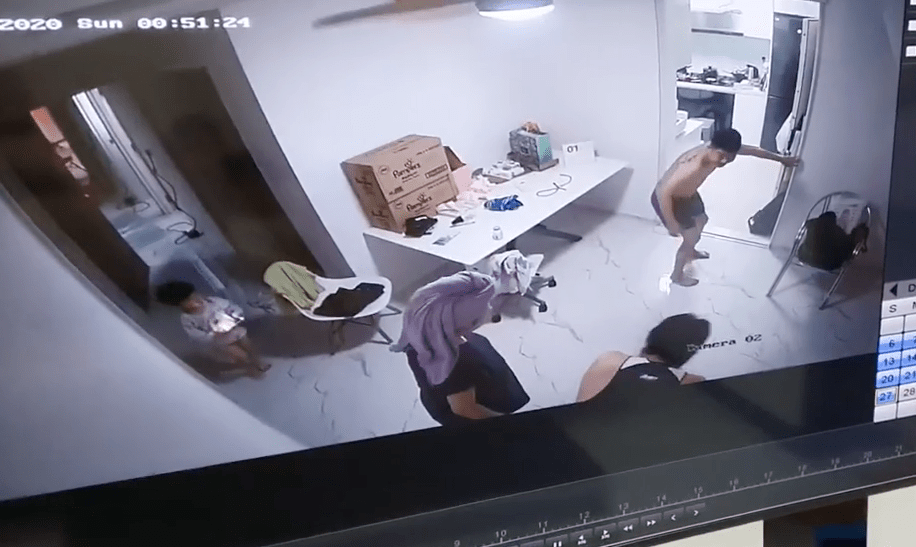 As if immediately understanding the situation, the man who had closed the glass door hurriedly goes to open it.

The whole time, he appears to be stifling his laughter, at one point even bending his back trying to hold it in.

After checking that he is alright, the hilarity of the situation starts sinking in for the whole family.

In the video shared by the man on Facebook, him and his family also couldn’t help bursting into an infectious laughter watching the footage back.

You can watch the entire incident here.

It seems many netizens found the embarrassing yet amusing sight of someone walking straight into a glass door very relatable.

Some simply couldn’t stop laughing at the video.

Others tagged their friends with similar unfortunate experiences.

A few netizens also expressed that he was extremely fortunate that the glass did not crack with the heavy impact.

An important lesson to be attentive when walking around

We’re glad that the man did not seem to be seriously hurt by the collision.

All’s well that ends well, the man and his family shared a good laugh over the incident.

And perhaps also learned an important lesson about the use of the glass door and being attentive when walking around, even at home.