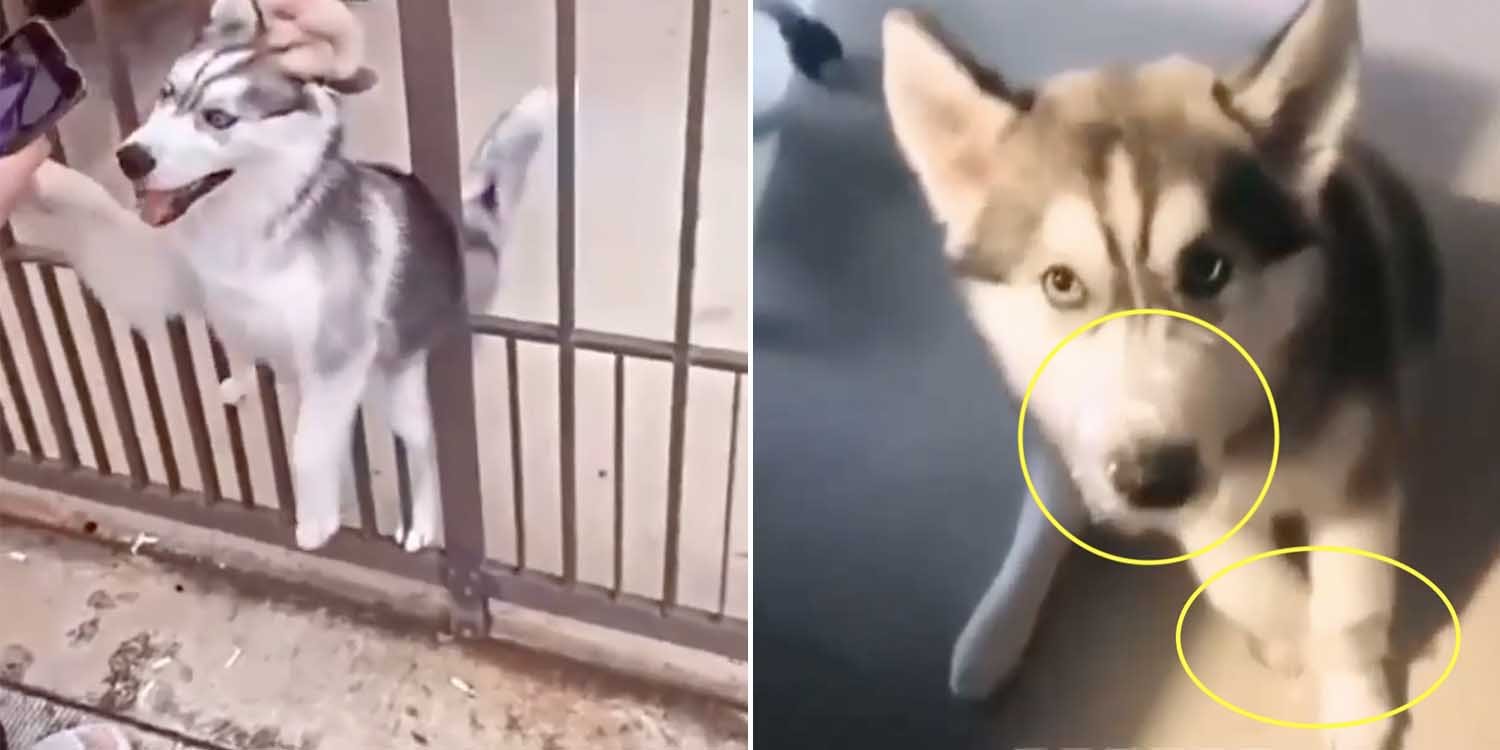 Pet owners should always be responsible for their own animals and treat them with love and care. However, there have been several incidents where owners were seen abusing their pets.

In the images and videos posted, the husky was not only lifted by its ears but also had its legs and mouth taped up.

The Society for the Prevention of Cruelty to Animals (SPCA) told MS News that it has reported the case to the authorities for enforcement action.

On Monday (18 Oct), a netizen shared with Instagram account Wake Up, Singapore about a man who apparently abused his puppy and shared it on his Instagram story.

The netizen who wished to remain anonymous decided to share the images and videos to spread more awareness and help the puppy.

The Instagram post showed multiple pictures of the puppy’s legs and mouth being taped up, which is apparently not the first time it has happened. 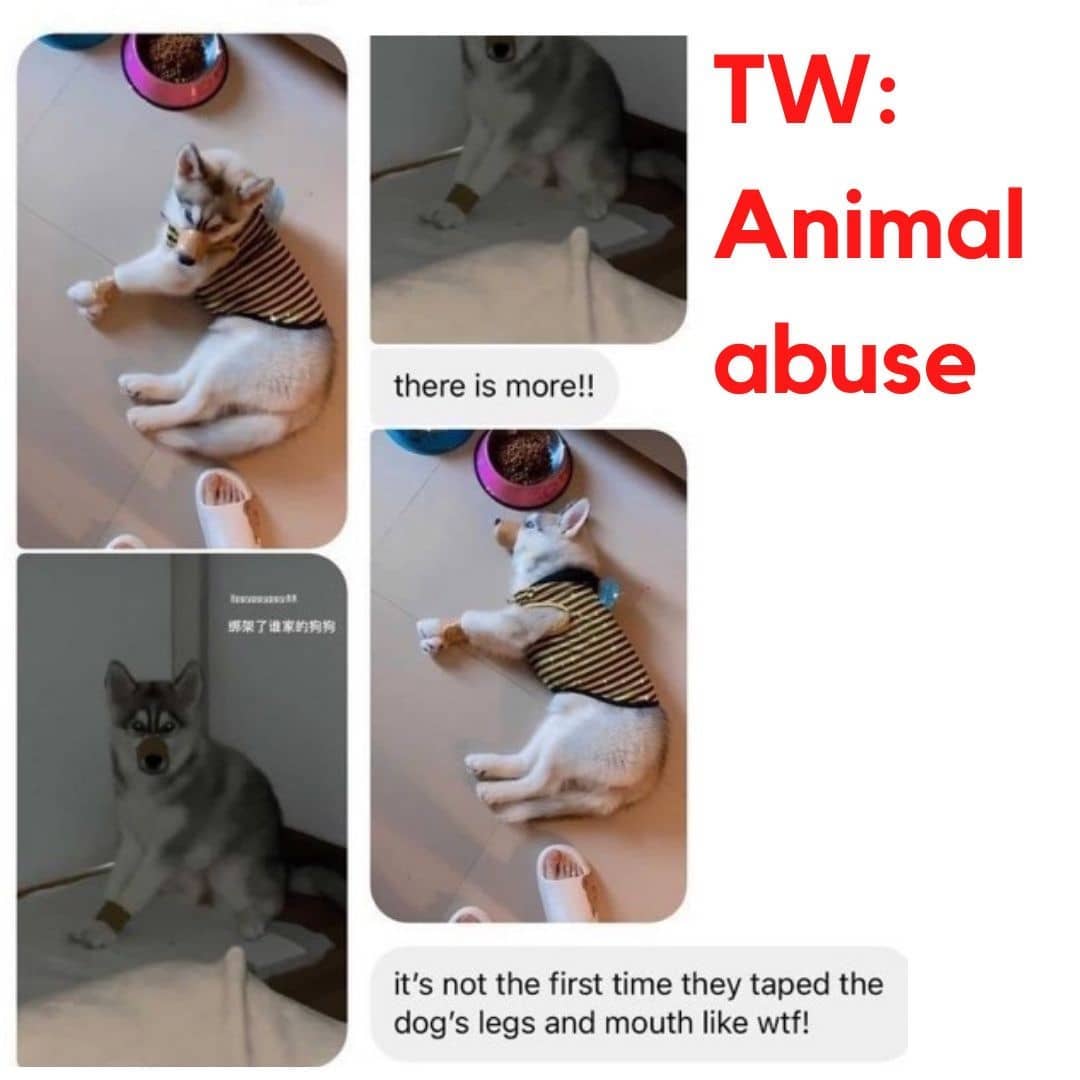 A screen recording of the man’s story also showed him holding the puppy by its ears and pulling it through his house gates. 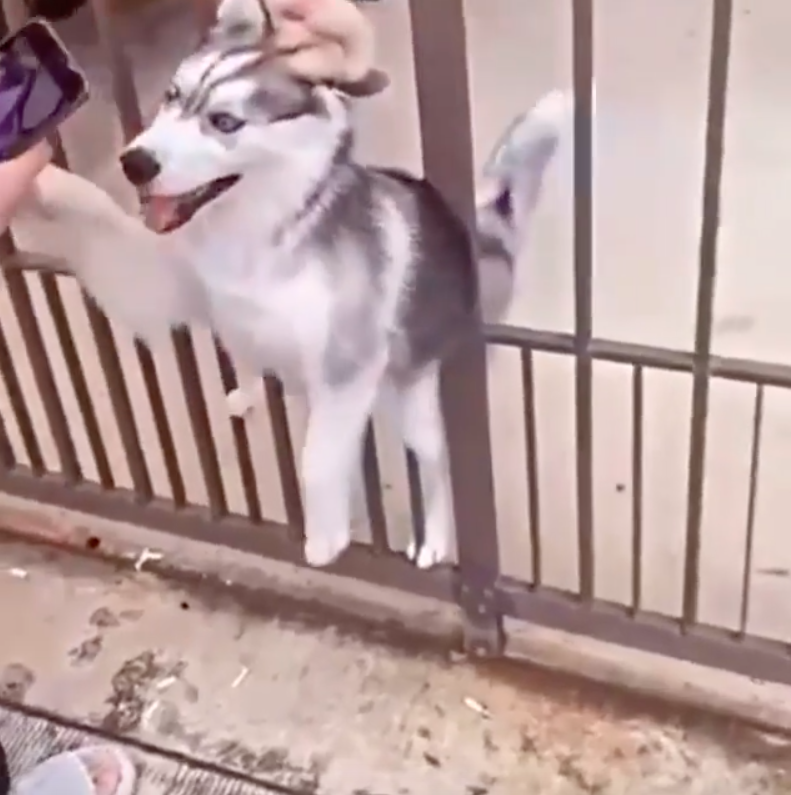 He could also be heard laughing at the puppy while recording his actions and calling it a “stupid dog”.

The puppy could be seen struggling and whining as it was stuck between the gates. However, the man merely told it to “have fun” and continued chuckling as it struggled to free itself.

The next clip showed the same husky being abused by the man yet again.

Its mouth and front paws were taped up by what looks like transparent scotch tape. Additionally, the puppy looked rather terrified by the man. 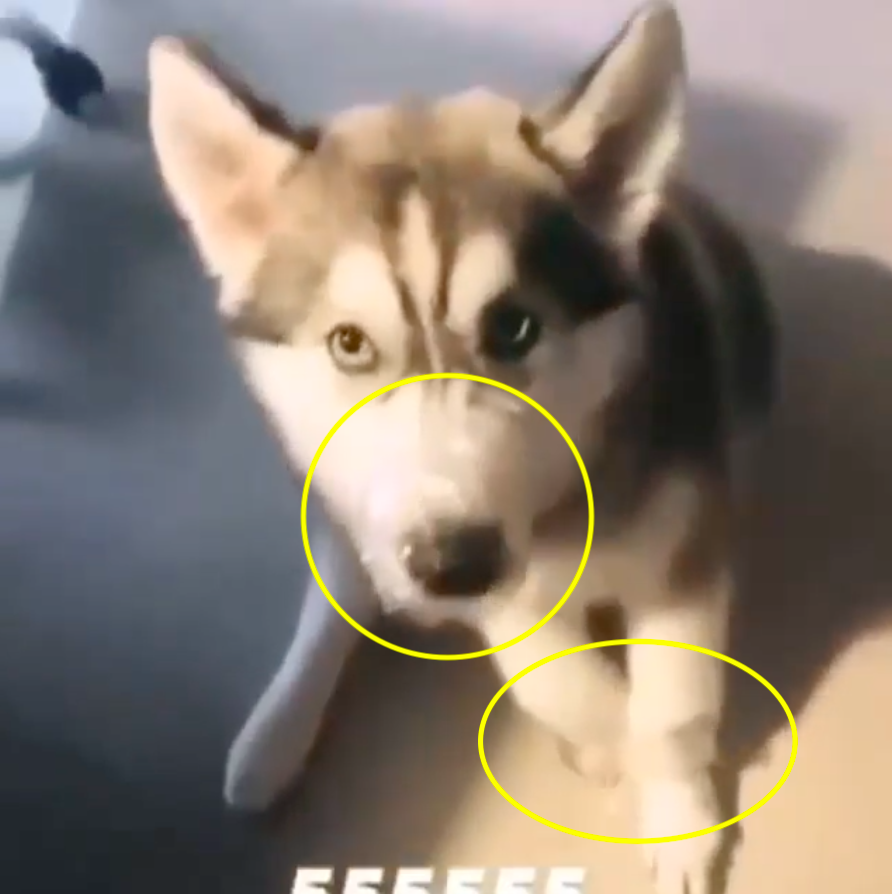 Once again, the man was heard laughing behind the camera at the poor puppy’s plight. 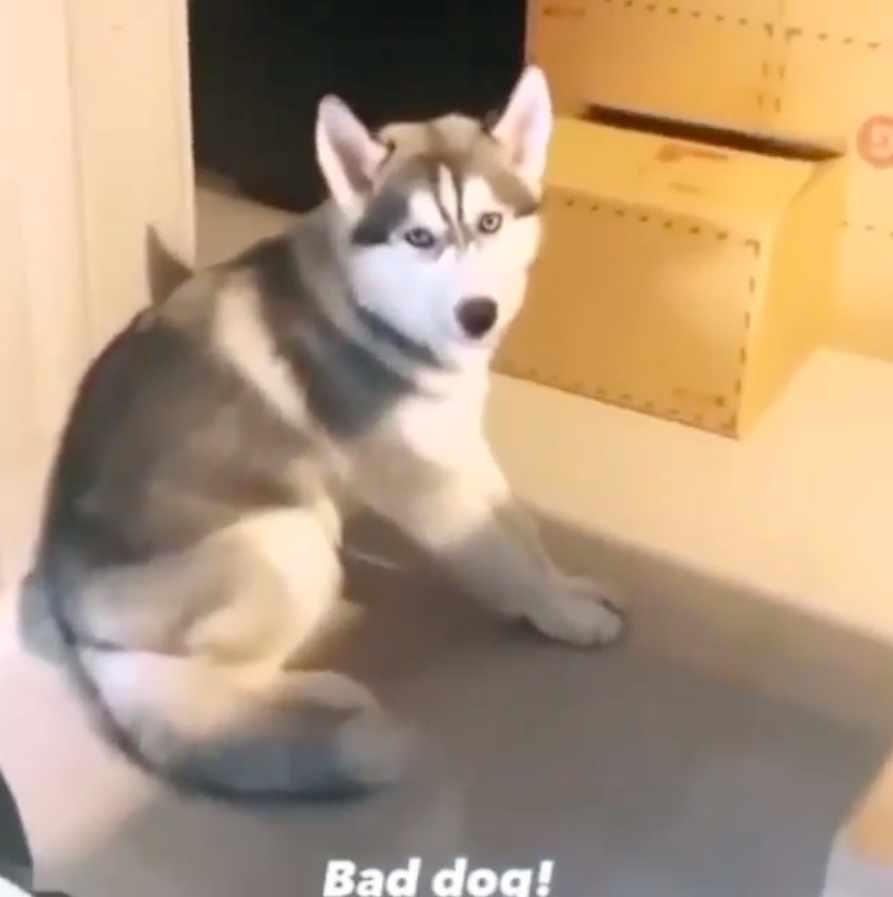 In another clip, the man called the husky a “bad dog” and even zoomed into its taped-up legs. 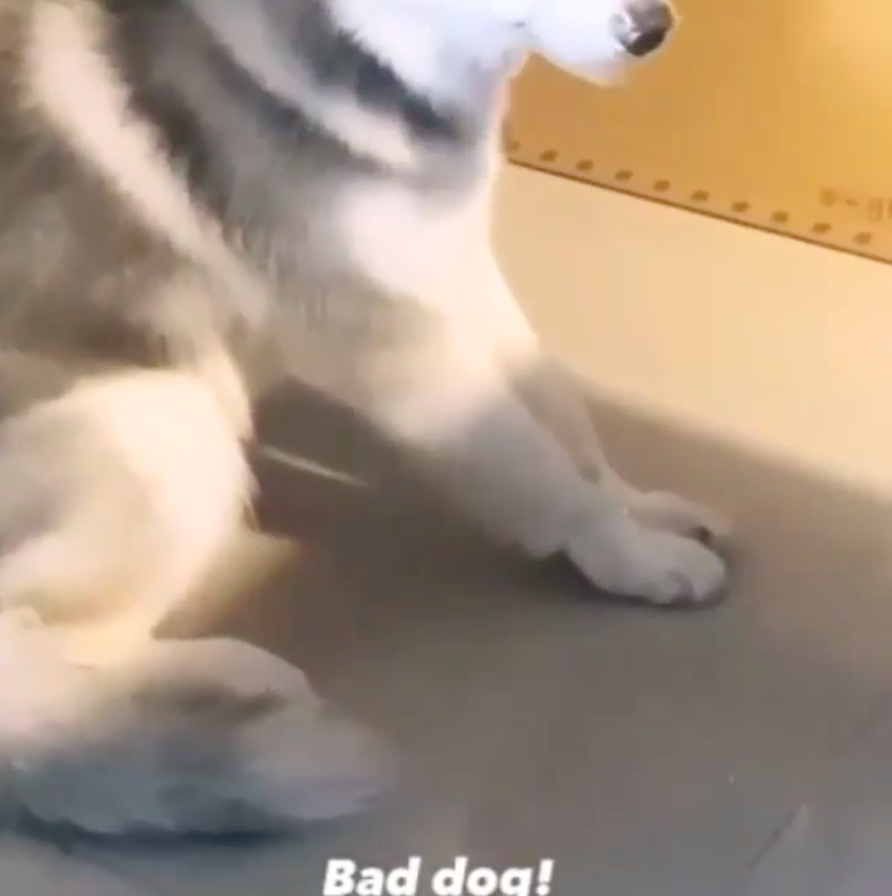 After the man was called out, many netizens have been furious with his cruelty.

Most of the netizens wanted authorities to identify the man and punish him accordingly. 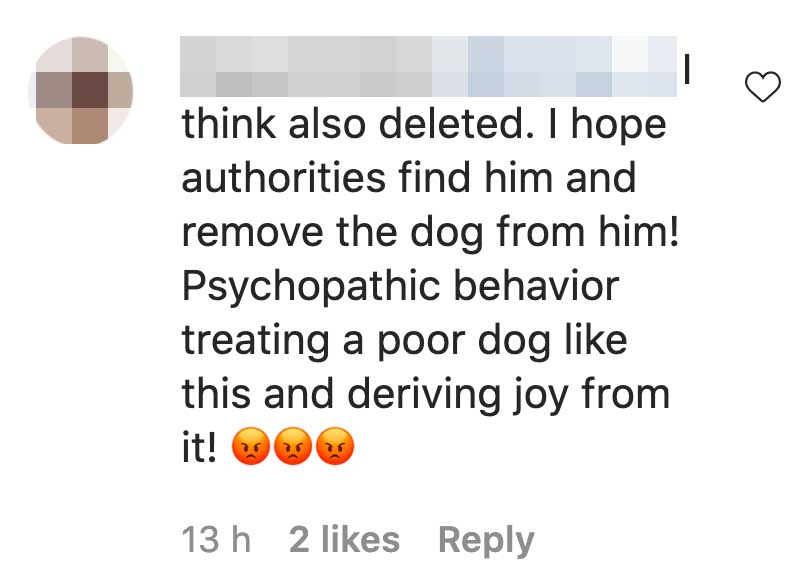 They hoped the puppy would be able to find a more loving home soon.

Several also felt that animal abusers are taken too leniently under the eyes of the law.

In response to enquiries by MS News, SPCA Executive Director Dr Jaipal Singh Gill said that it has reported the case to the authorities for enforcement.

It also advised anyone with first-hand information to email them.

“It is heart-breaking to see an animal treated in this way. There are unfortunately some people in our society who will abuse animals for various reasons, and we must always be vigilant and do everything we can to prevent and stop the cruelty.

We have reported the case to the authorities for their enforcement action.

We thank everyone who has spoken out on this case and we are grateful that some of the suspect’s contacts are coming forward to provide information on him.

Anyone with specific and first-hand information should email inspector@spca.org.sg.”

Meanwhile, AVS told MS News that they are looking into the allegation of failure in duty of care for a pet Husky. Here’s their statement in full:

AVS does not condone mistreatment of pets and first-time offenders caught abusing an animal may be charged under the Animals and Birds Act, and could be fined up to $15,000, jailed up to 18 months, or both.

Pet owners are reminded to fulfil the standard of care for their pets, ensuring the pet’s shelter is safe and providing suitable food and water regularly. Pet owners can refer to the Code of Animal Welfare for Pet Owners at www.go.gov.sg/animal-welfare-code-petowners to learn about the minimum standards expected of animal housing, management, and care.

The community, pet owners and the industry have a shared responsibility to safeguard animal health and welfare in our City in Nature. While NParks continues to ensure that regulations are in place and properly enforced, pet owners, businesses, and the public have a part to play.

Hope the puppy will be rehomed soon

It is really heartbreaking to see pets being abused by their owners who are supposed to give them a loving home.

Whatever the puppy did, it certainly did not deserve to be treated as such.

We hope something can be done to help the puppy and that the proper enforcement action is taken against the perpetrator.