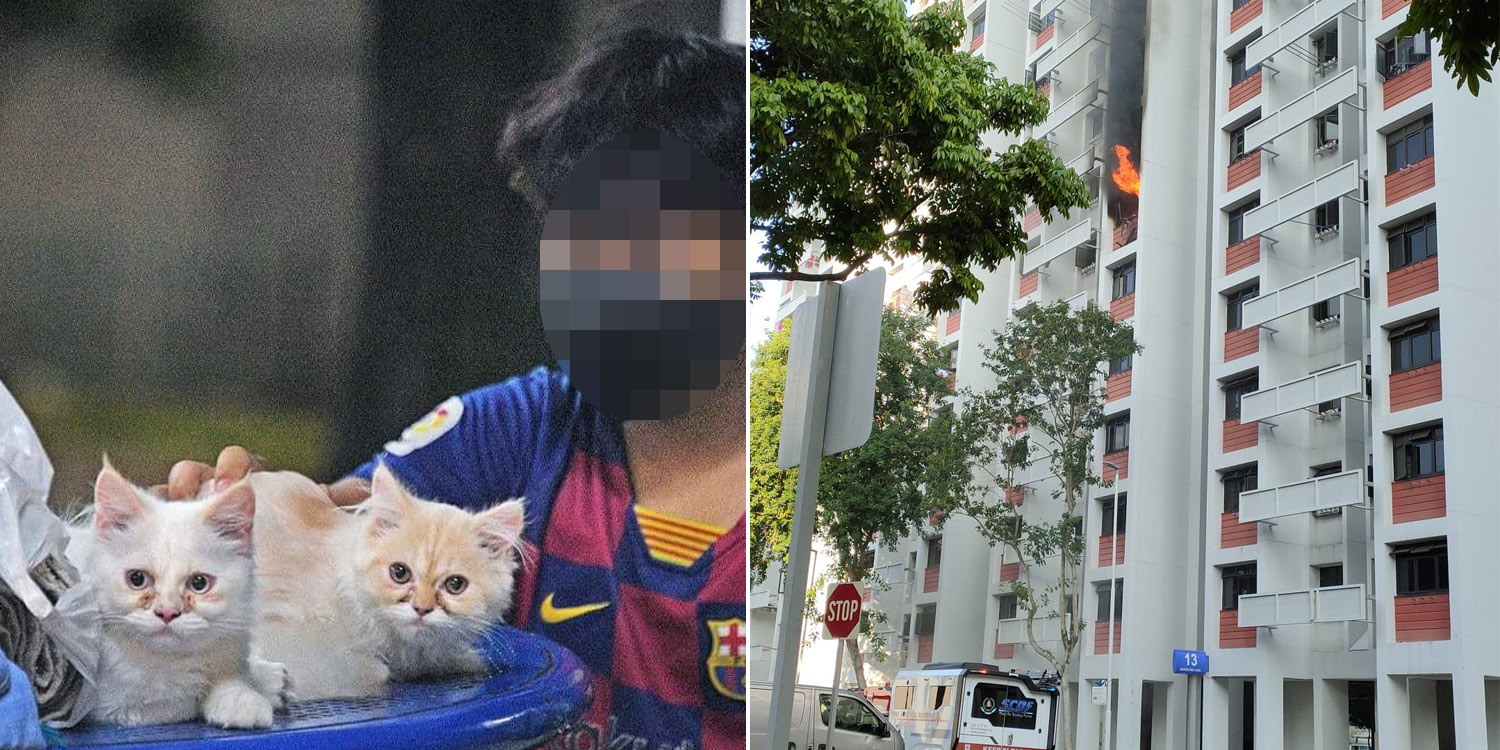 Another kitten was saved by the SCDF firefighters.

Marsiling Houseowner Rushes Into Unit On Fire To Rescue Kittens

When a fire breaks out, the instinctive thing to do would be to get far away from the blaze. But when there are things that matter still trapped in the fire, some will instinctively dash into the flame in an attempt to get it out.

On Thursday (23 Sep), a fire broke out at a Marsiling HDB when the homeowner was out buying food for his cats. 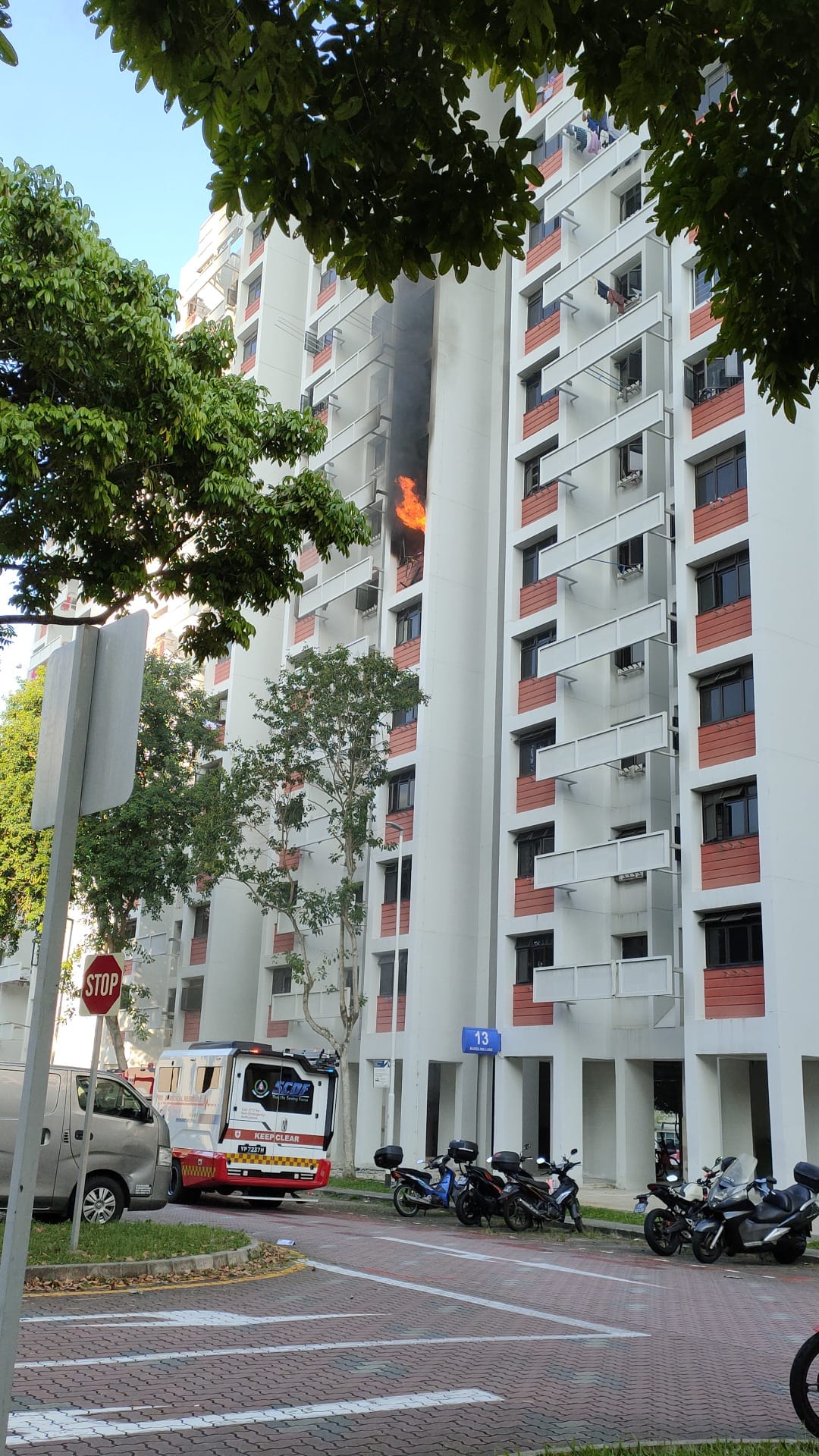 Upon returning and seeing the burning flat, the owner reportedly rushed into his house to rescue his kittens.

Houseowner rushes into Marsiling unit on fire to save kittens

On Thursday (23 Sep) evening, a fire broke out at a unit at Block 13 Marsiling Lane.

According to Shin Min Daily News, 3 of the owner’s children and 2 of their friends immediately ran out after the fire broke out in one of the bedrooms. 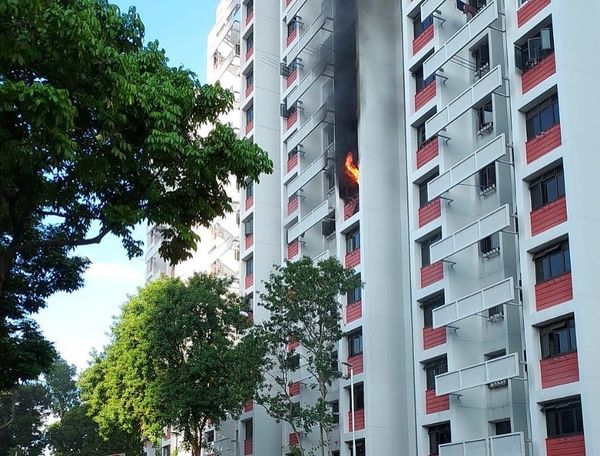 Turns out, the 57-year-old homeowner was out buying cat food when the fire occurred. He only heard about the blaze when he was near the block.

When interviewed by Shin Min Daily News, the owner mentioned that the fire started in his daughter’s room, which contained an indoor exercise bike, shoes, and shoe boxes.

The family also often charged their mobile phones in the room.

When he got to the house, the door was already on fire. Hence, the 57-year-old only managed to save one kitten hiding underneath the sofa.

The owner then requested for SCDF firefighters to save his other cat which was still in the flat. 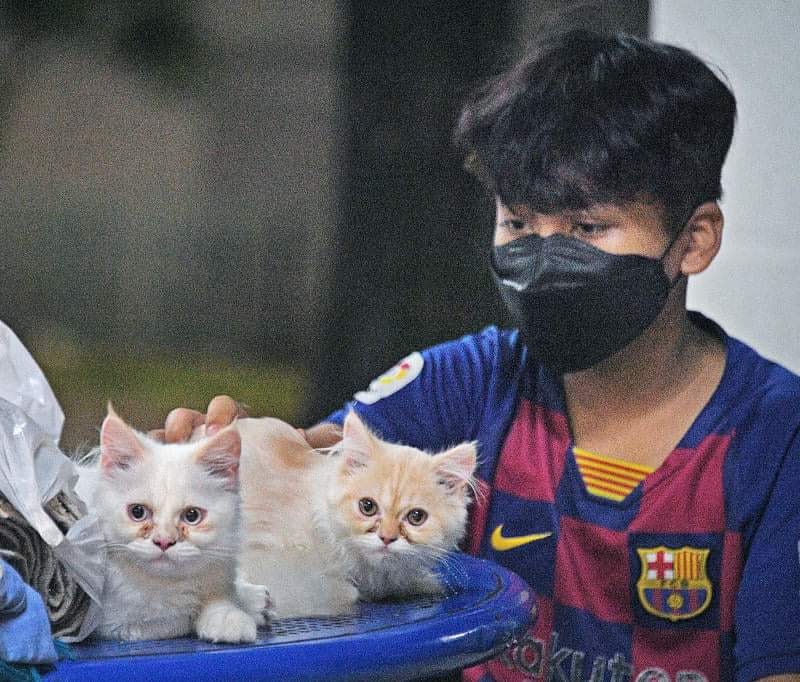 Thankfully, both kittens were successfully rescued.

Though nobody was injured as a result of the fire, the house was inhabitable given the extent of the damages. 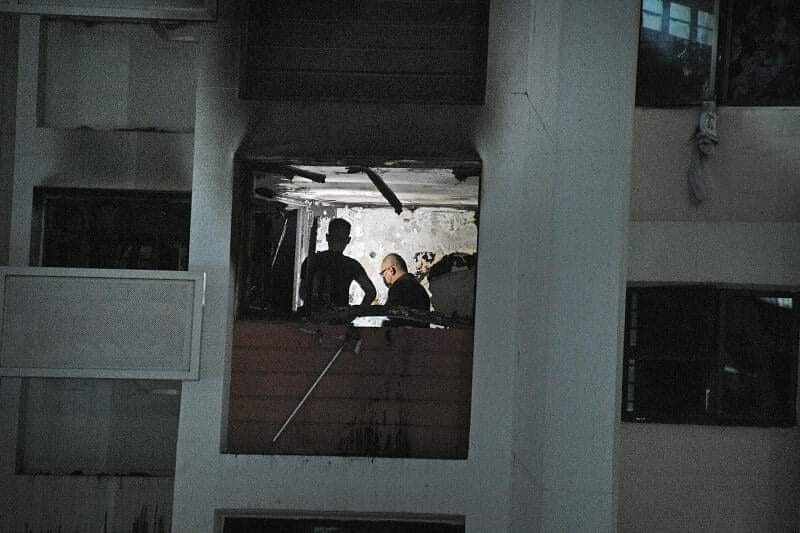 Thankfully, residents of the affected flat were allowed to spend the night at one of the residents’ network centres. 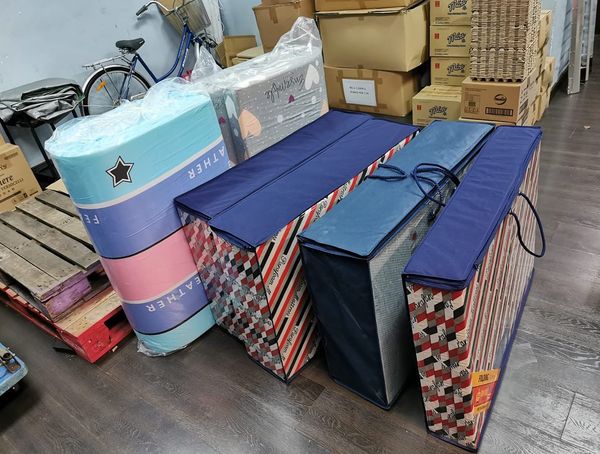 While the unit is being restored, HDB has also provided interim housing for the family.

The family has since expressed their gratitude for how helpful the community has been during this trying time.

However, they are apparently still in need of several basic electrical appliances. Those who wish to help the family can contact the Zone 2 RN Centre from 1-6pm.

We’re heartened that no humans and nor felines were injured as a result of the fire.

Though this incident was no doubt unfortunate, we’re glad that the Marsiling community has been generous in extending help to the family.

Restoring one’s house that has been damaged in a fire is definitely not easy. Kudos to those who have rushed to the family’s aid and helped to ease their load.