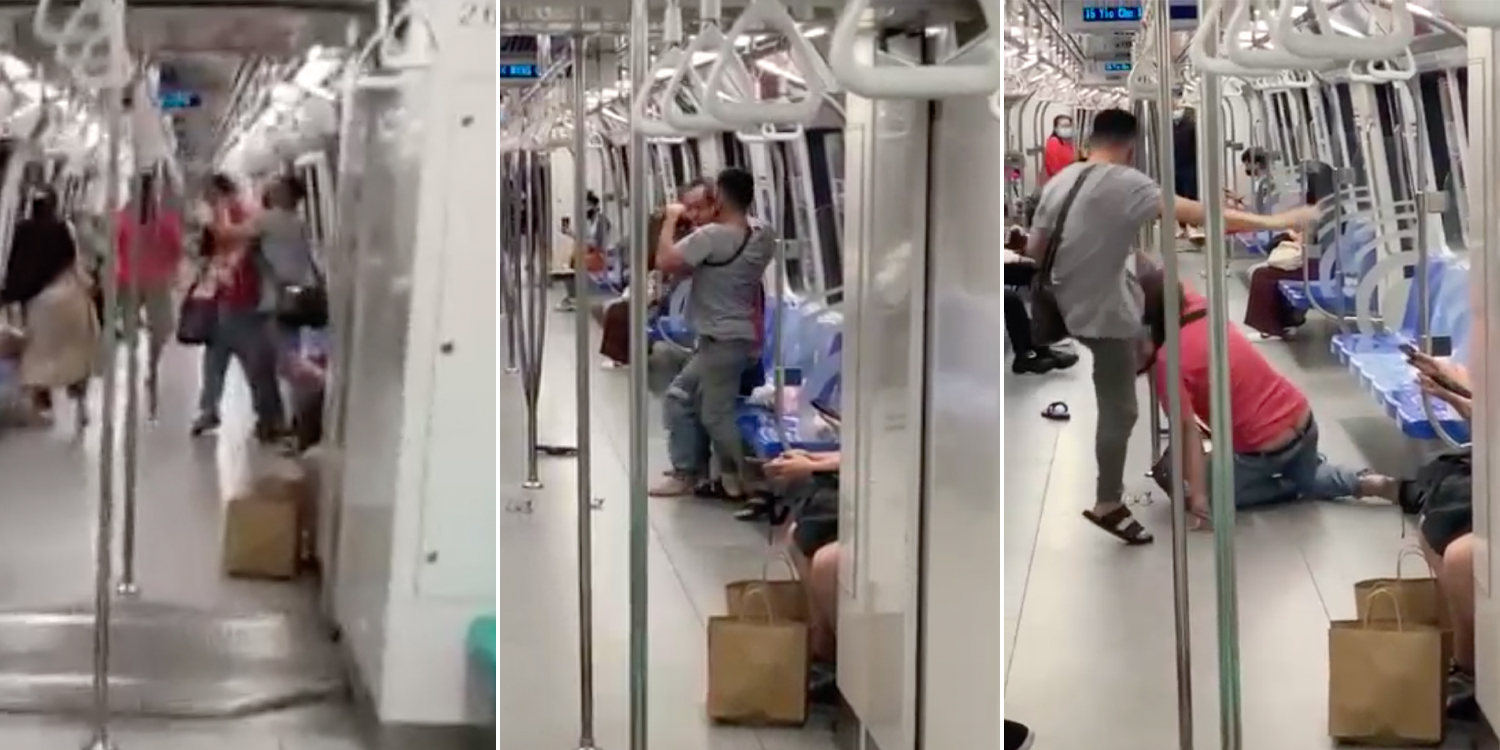 MRT rides are usually peaceful and uneventful. But on rare occasions, certain commuters may invite drama by misbehaving or getting into disputes.

When things get ugly, a heated situation can quickly escalate into a fight. A video captured such a scenario has been making rounds on social media since Saturday (25 Sep).

A maskless man was heard shouting at another commuter before swinging a punch at him. A mini fight soon ensued between the two.

The incident took place on the North-South Line when the train was en route to Yio Chu Kang station.

Maskless man chases passengers away before getting into a fight

In a 1-minute long video captured on Saturday (25 Sep), we first see the maskless man in red walking along the train.

At that time, the MRT announcement said the train was arriving at Yio Chu Kang. The man then approached passengers, shouting at them.

Presumably feeling discomforted by the situation, one passenger moved to another cabin.

Immediately after, the man seemed to have found another random ‘target’ to chase out.

He leaned over the seats and appeared to be conversing with the passenger.

He then raised his voice and started shouting expletives in Hokkien, much to the alarm of the other passengers. Some of them quickly made their move to another cabin.

The man appeared aggressive and flailed his arms as if he wanted to pick a fight.

But the passenger was not to be trifled with. He stood up and laid a mighty slap on the man, causing him to fall backwards on the ground with a loud thud.

He landed in front of passengers who were trying to leave the train cabin.

Soon enough, the man recovered and got up, approaching the passenger once again. A scuffle then broke out between the duo.

As the man kept trying to fight, the passenger in grey tried to force him down onto the seats.

But the man continued with his attempts to get a hold of the passenger. As the passenger got up and moved away, he fell onto the ground, hitting his head on the pole.

With the man sprawled on the ground, still recovering, the passenger took the chance and kicked him.

The man then fell heavily to the ground once again.

Netizens say both are at fault

After the video went viral, many netizens were in disbelief. This netizen lamented that the entire scene looked almost like a publicity stunt for mixed martial arts.

Some felt that the maskless man was wrong from the start by chasing passengers away and making them uncomfortable.

But ultimately, this netizen said that while the man started the fight, the passenger retaliated. Hence, both were at fault. 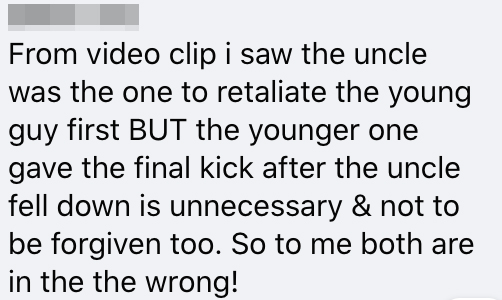 MS News has reached out to SMRT for a statement on the matter.

The 1-minute video certainly doesn’t capture the whole story, so we shouldn’t speculate the man’s intentions.

But no matter the case, it’s wrong to instigate violence, what more in a public space.

We hope authorities can investigate the case thoroughly and take action against those who caused a ruckus on public transport.