McDonald’s Auntie Runs Out Of Ribena For Lady Who Helps Her, Gifts Priceless Casio Watch Instead 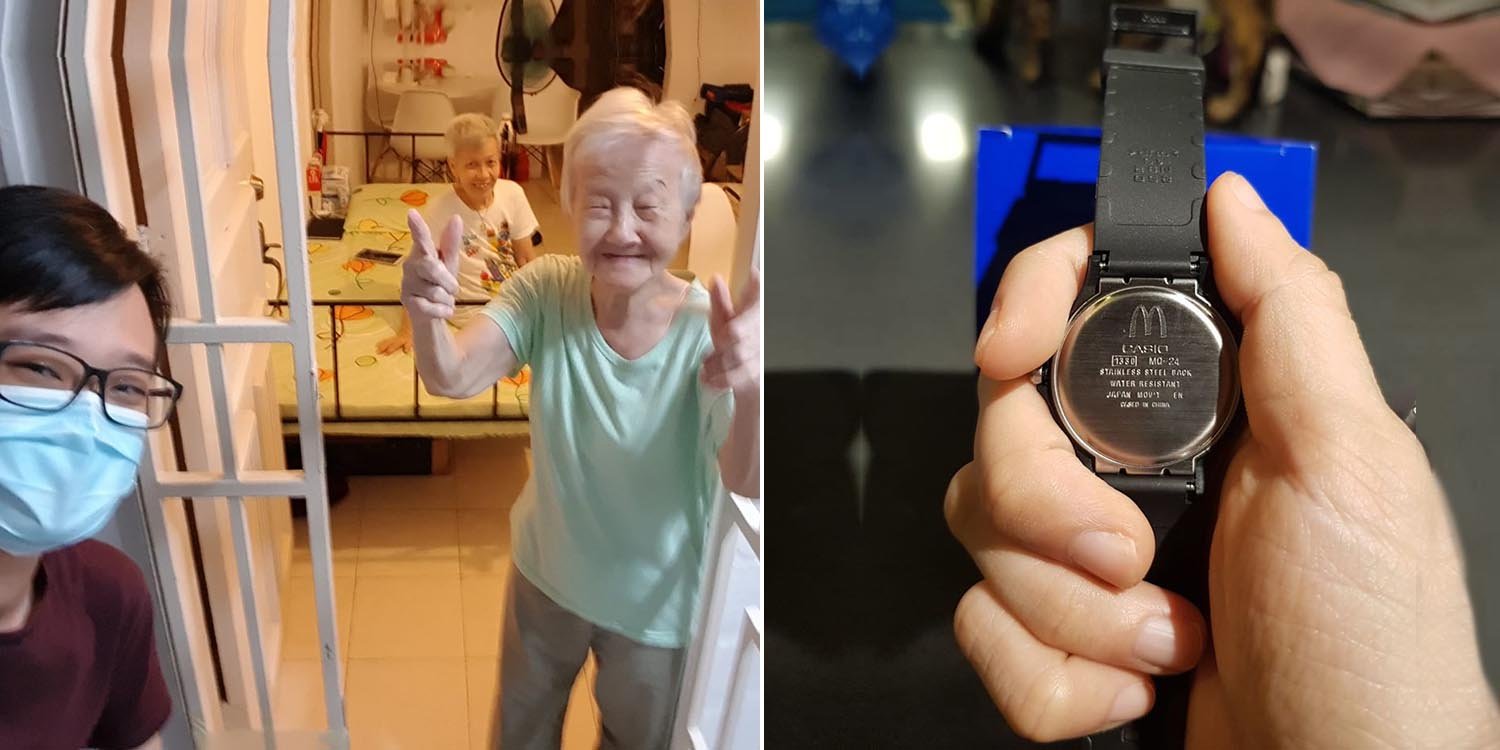 Can't ever put a price on love.

What is a packet of Ribena worth? The same packet of Ribena that comes with a Happy Meal set instead of a small Coke. This meaningful story will hopefully teach us that even the simplest of joys are truly priceless.

With the Circuit Breaker in firmly in place and McDonald’s decision to close all of their outlets till 4 May, some among us are unable to head to work to brighten up the days of customers.

This adorable McDonald’s auntie featured in Ms Sheena Ling’s post on Wednesday (29 Apr) is unfortunately an affected staff member who has to stay home. But regular visits from a good Samaritan who’s been bringing her groceries has made the experience a little less lonely. 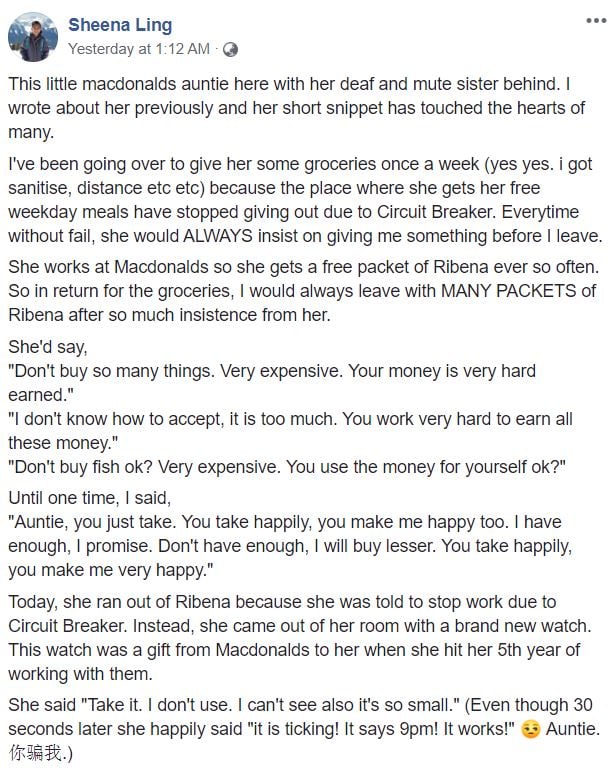 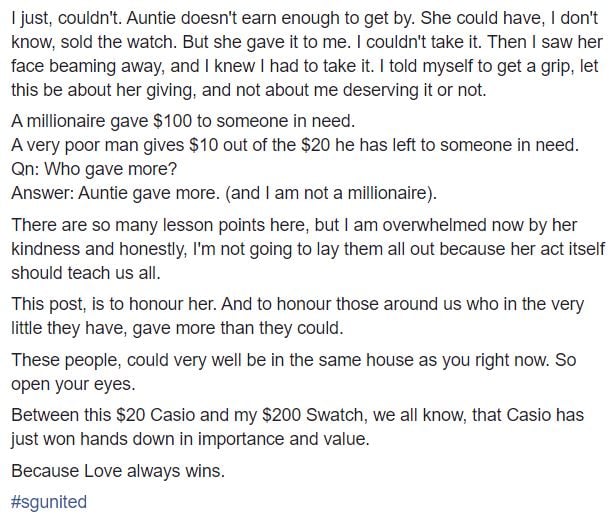 Here’s her story in full. We examine how it teaches us the value of the priceless things in life we should never take for granted.

Ms Ling begins her story by sharing that she’s written about this cheery McDonald’s auntie before. The senior lady lives with her “deaf and mute sister”, also pictured in the post. 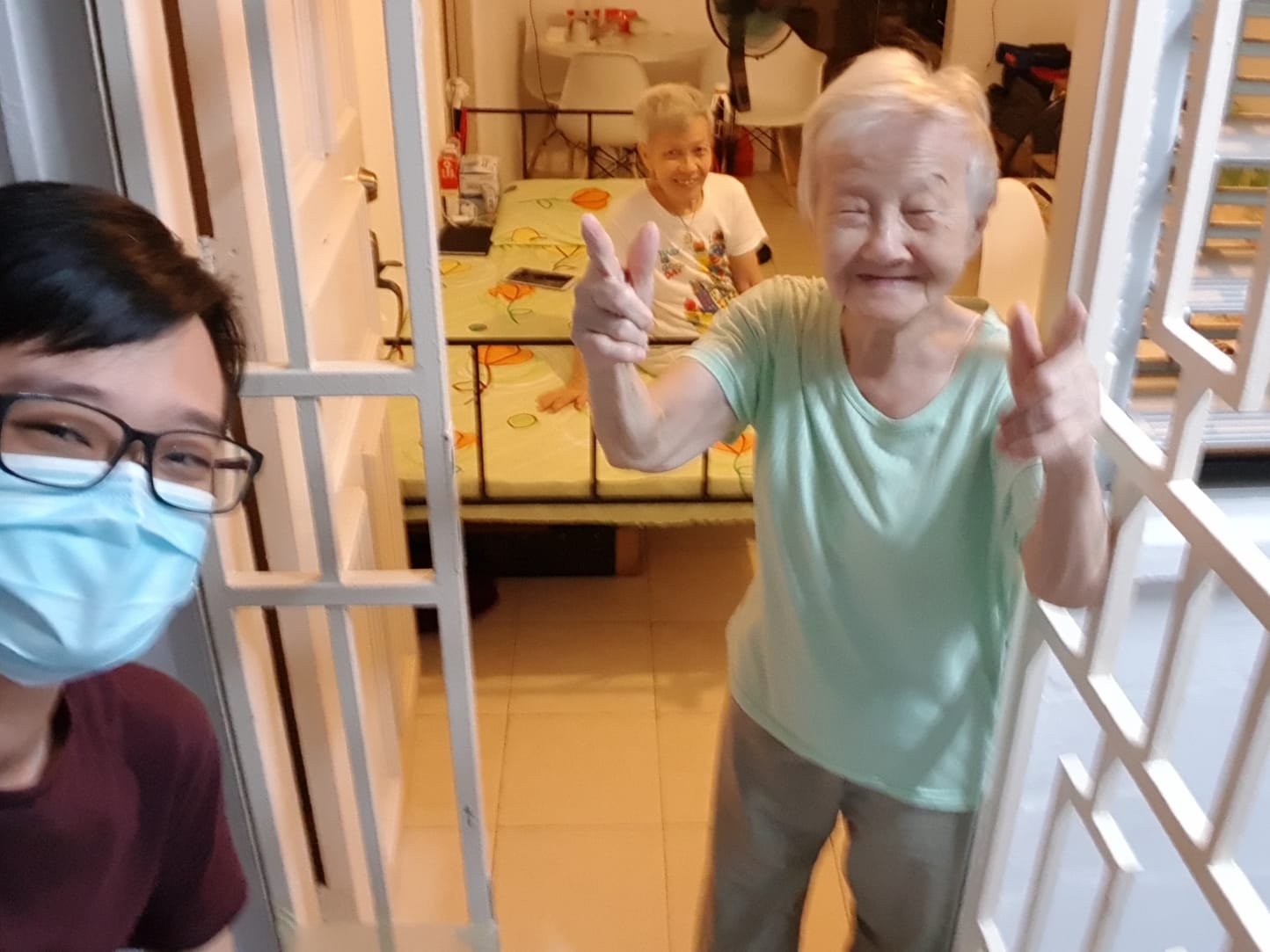 Once a week, while practicing safe distancing and hygiene, Ms Ling heads over to her place to deliver groceries.

The auntie usually gets her free weekday meals from some place else. But due to the Circuit Breaker, these meals have stopped, says Ms Ling.

Small gift of Ribena for her efforts

To thank Ms Ling for the lengths she’s been going to help, the auntie usually surprises her with free packets of Ribena.

Most of which she gets from working at McDonald’s — presumably from the spare drinks from Happy Meal sets for children.

Everytime without fail, she would ALWAYS insist on giving me something before I leave.

In return for groceries, Ms Ling would leave with an armful of Ribena packets at the auntie’s insistence.

This unnamed McDonald’s auntie also impart pearls of wisdom to Ms Ling. Worried about her finances, the senior would tell her not to “buy so many things” as her money is “very hard earned”.

She would also say things like it was hard to accept Ms Ling’s kindness as it was “too much”. Fish, in particular, was considered “very expensive”, and the auntie wanted her to use the money for herself & her loved ones instead.

Once the extended Circuit Breaker hit, and McDonald’s announced islandwide closures, this auntie inevitably ran out of free Ribena packets to gift her kind Samaritan.

During this fateful encounter, Ms Ling shares that the auntie emerged from her room with a “brand new watch”. The accessory was a 5-year work anniversary gift from McDonald’s, engraved with the length of her long service behind the watch face.

Handing it over to Sheena, the auntie said cheerily,

This turned out to be a white lie. Half a minute later, the auntie described the time as 9pm to Ms Ling accurately — proving she could actually tell the time even though the numbers were “small”.

The most precious gift she’s ever received

Ms Ling shares that it was hard to accept the auntie’s generous gift, as she knew the reality of her situation. 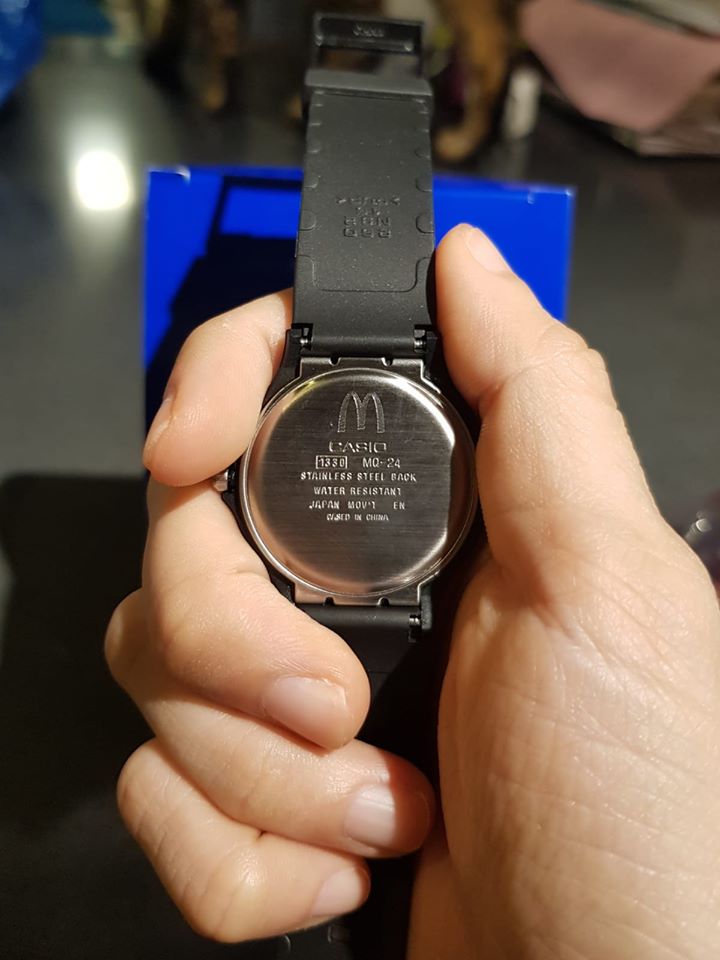 However, the beaming face of the cheerful senior eventually convinced her that it was the right thing to do.

Then I saw her face beaming away, and I knew I had to take it…let this be about her giving, and not about me deserving it or not.

Ms Ling now considers this one of the most precious gifts she’s ever received. Comparing it to her “$200 Swatch” watch, this “$20 Casio” has won unanimously in “importance and value”.

From simple gifts of Ribena packets to a treasured work anniversary gift, we can all find immense value in the simple joys we have to share with the people we love.

Ms Ling has indeed honoured her relationship with this kind McDonald’s auntie who hasn’t let circumstances get in the way of her happiness.

We’ll close this modern day parable about kindness with a poignant quote from Sheena,

These people, could very well be in the same house as you right now. So open your eyes. Because Love always wins. #SGUnited

By actively choosing to give more in return daily, we can make this world a better place for people who’re trying their best, regardless of their situations.