McDonald’s Breakfast Picnic Set Sells Out Within Hours, Resold On Carousell From $40 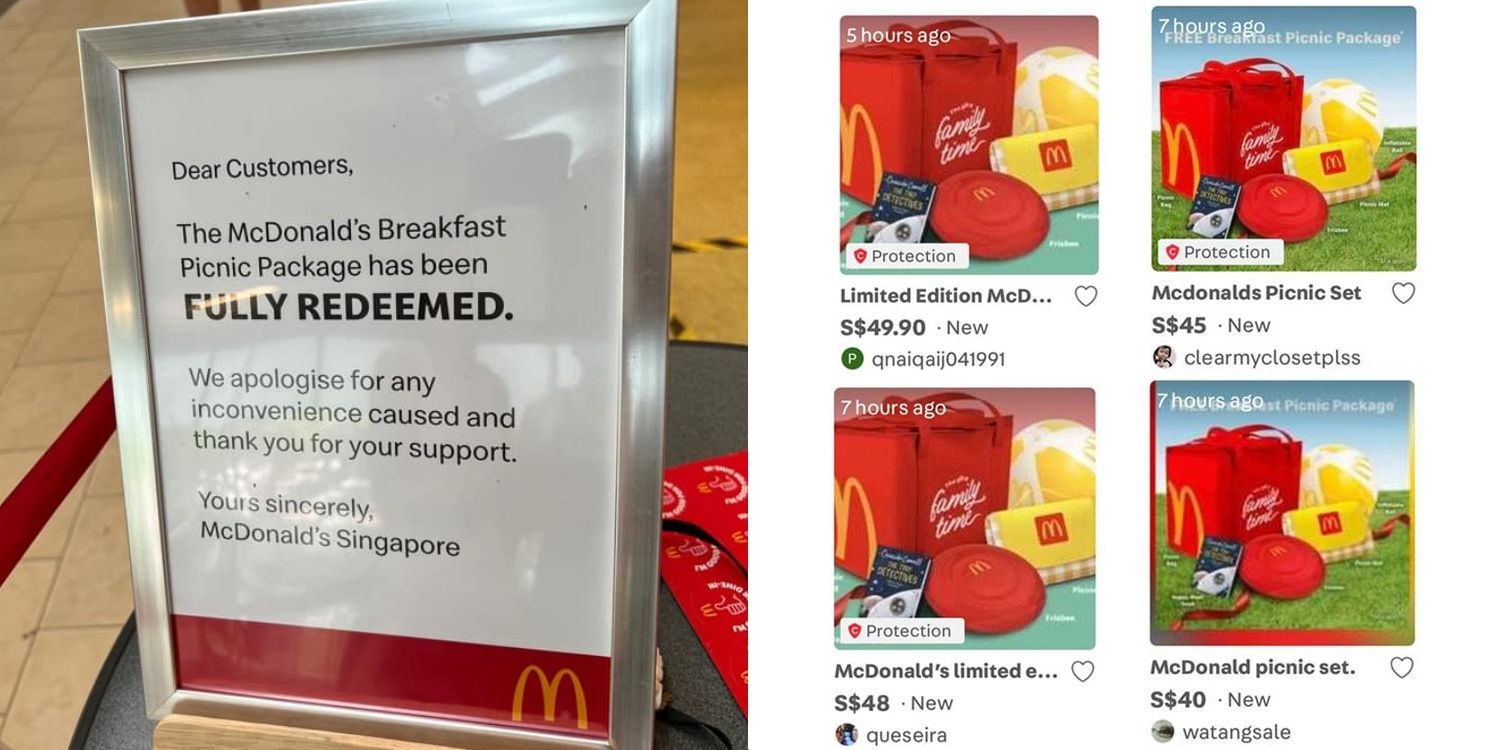 These picnic sets were essentially free.

McDonald’s Breakfast Picnic Sets Appear On Carousell After Selling Out

Singaporeans are always ready to pounce on flipping opportunities whenever they arise.

Earlier this year, even badminton courts became prime reselling assets as scalpers attempted to sell their slots at double the price.

Recently, McDonald’s Singapore announced that they would be giving away a free breakfast picnic set with every purchase of a breakfast meal till 12 Dec. 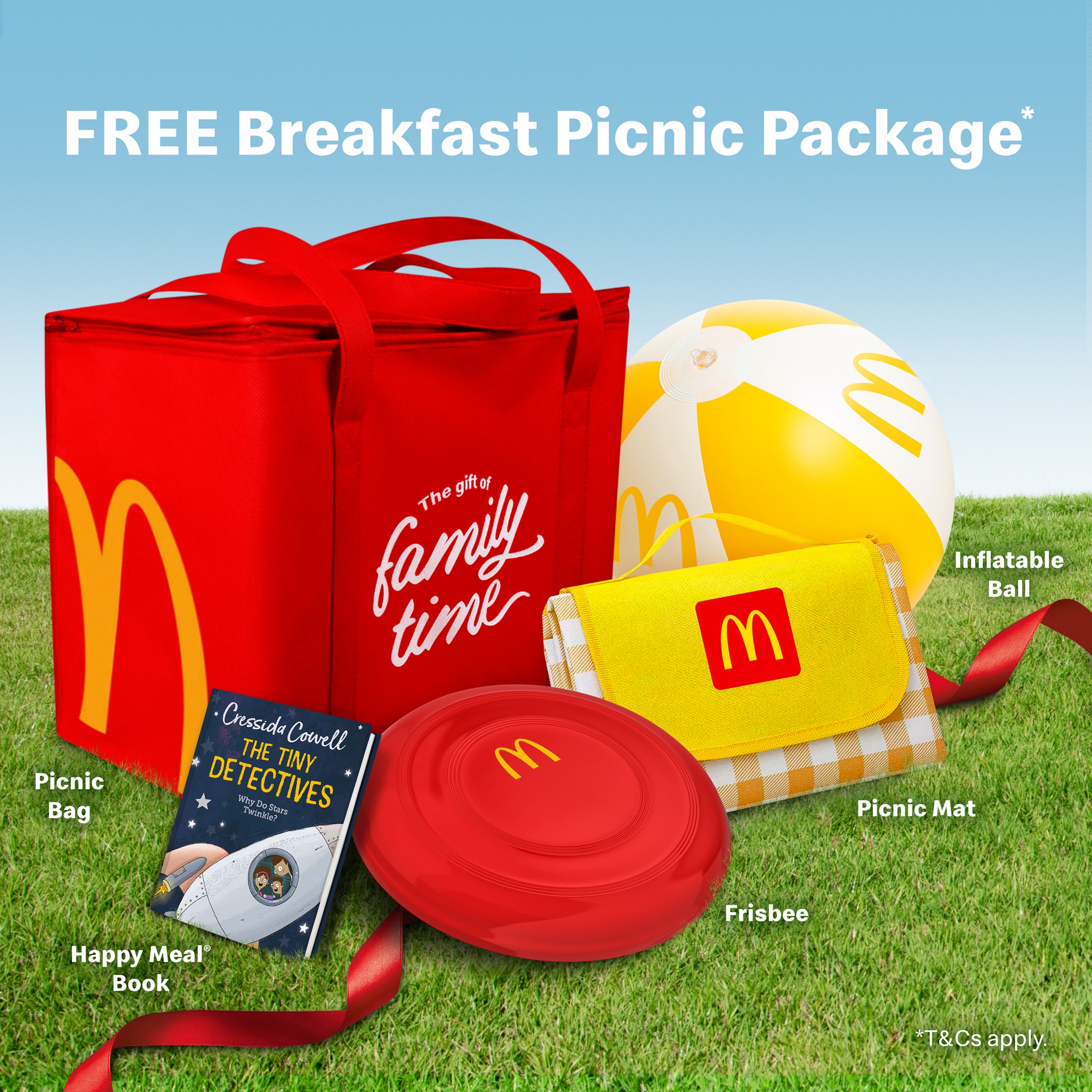 However, according to the comments left on a promotional Facebook post, the picnic sets had allegedly sold out within a few hours of its launch on 9 Dec.

Scalpers then started appearing on Carousell and listed the once-free picnic sets at upwards of $40.

When 9 Dec arrived, snaking queues were formed by McDonald’s fans at these various locations. 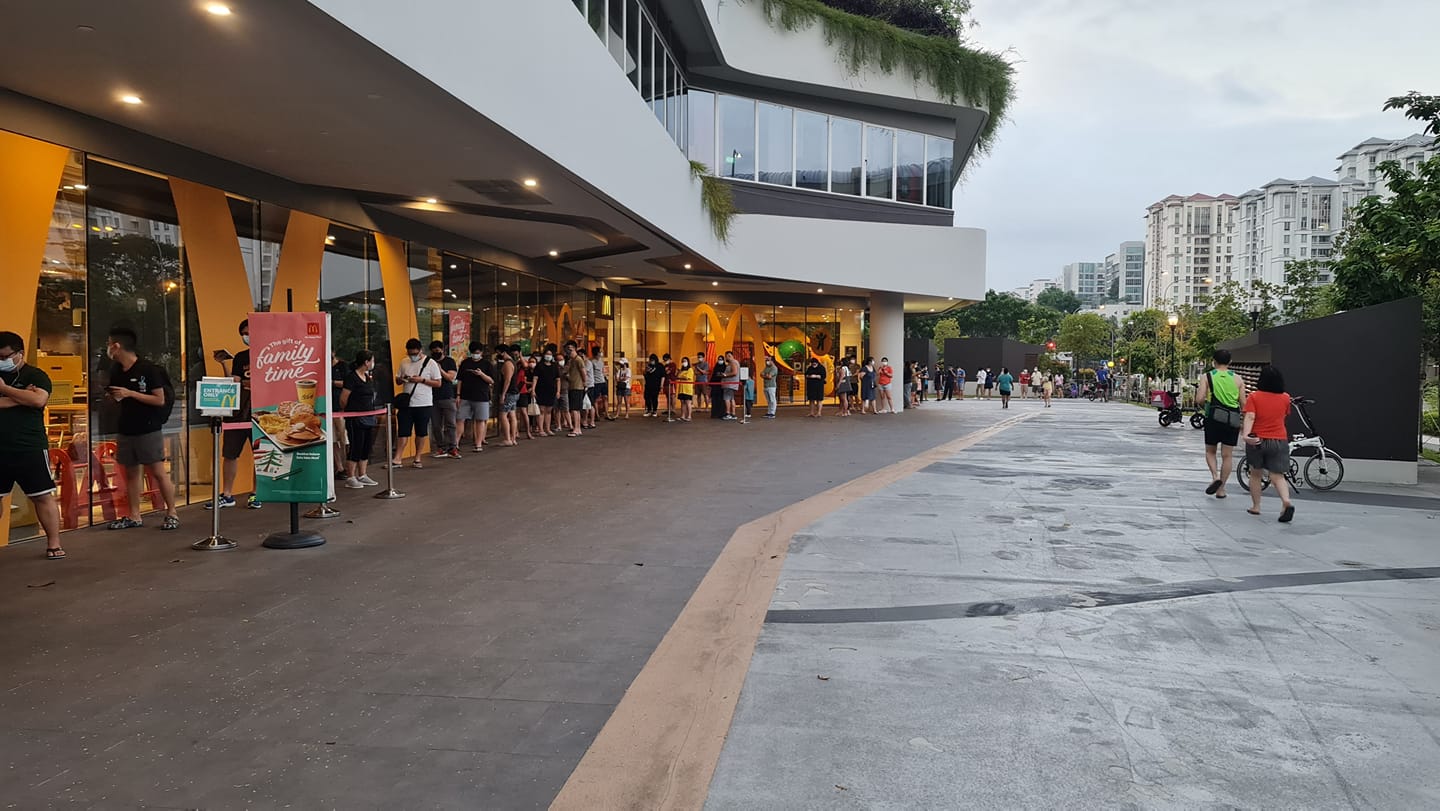 However, hours after McDonald’s started offering breakfast meals for the day, the packages were fully redeemed at most outlets.

One netizen shared a sign placed outside the Marine Cove outlet, disclosing that all their picnic sets were fully redeemed. 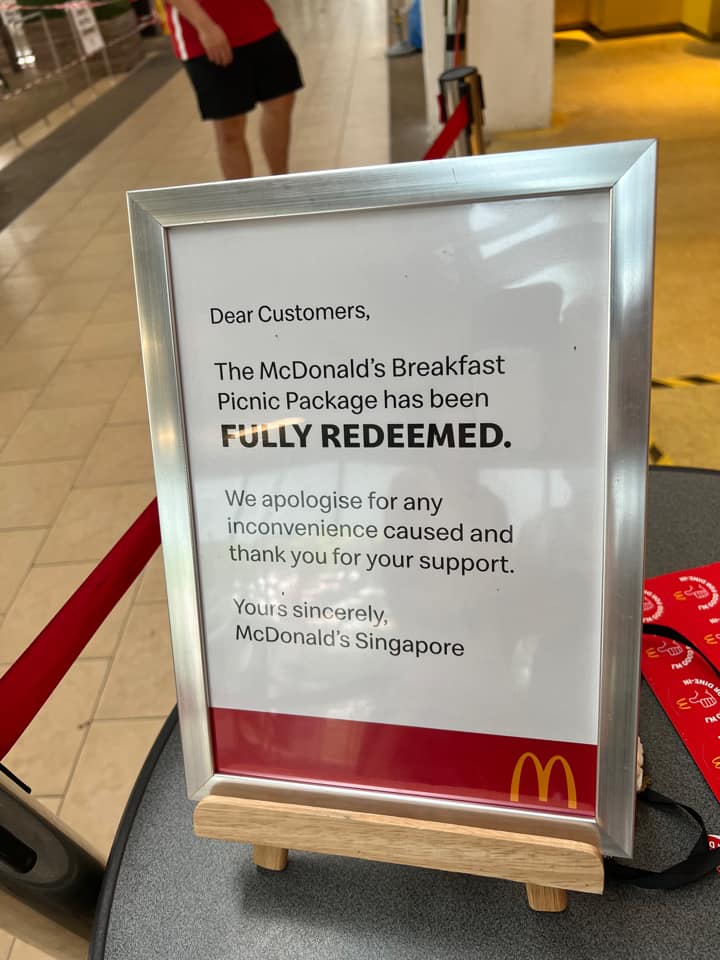 Picnic set resold on Carousell from $40

Just hours after picnic-set wanters heaved a collective sigh, the same picnic sets started to appear as listings on Carousell. 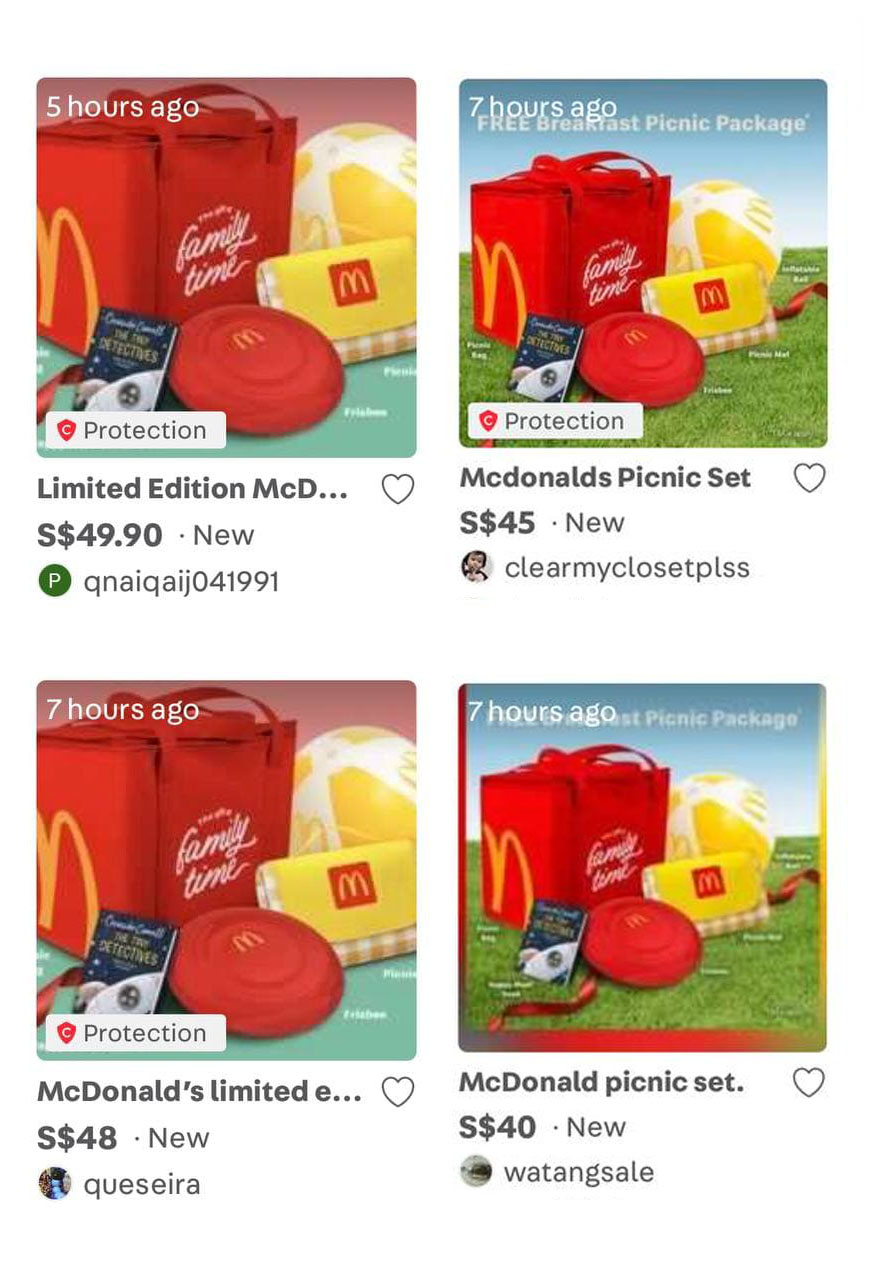 The sets were allegedly being sold for upwards of $40. One listing even asked for a price of $60 for the picnic set.

It’s important to note that these sets came essentially free with any purchase of a breakfast meal.

At the time of writing, McDonald’s Singapore has yet to release a statement on the matter, and neither have they indicated any interest in increasing the supply.

Originally given away for free

As shared on Facebook on 8 Dec, McDonald’s announced that they would be giving away a free breakfast picnic package with every purchase of a breakfast family meal from 9-12 Dec.

This breakfast picnic package would consist of a picnic bag, an inflatable ball, picnic mat, frisbee and a storybook. 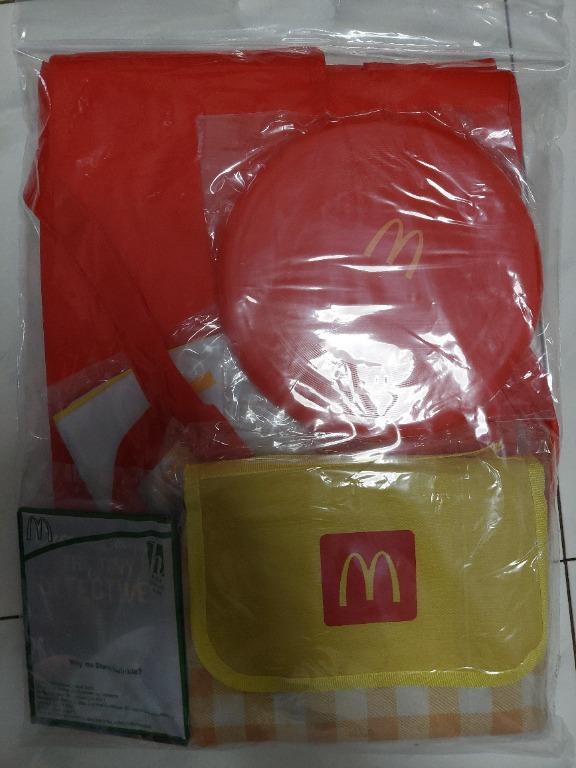 They also said that only 100 sets would be available each day at 6 outlets in Singapore.

The 6 outlets were located around the country, ensuring most Singaporeans would be relatively close to a location. These outlets include:

As with any limited-edition item, there’s bound to be an aftermarket for them, especially when there’s more demand than supply.

Although it’s unfortunate for those who may want the picnic sets for personal use, it’s hard to knock someone for trying to make a quick buck.

Considering the demand for these Breakfast Picnic Sets, we hope McDonald’s can consider increasing the supply soon.