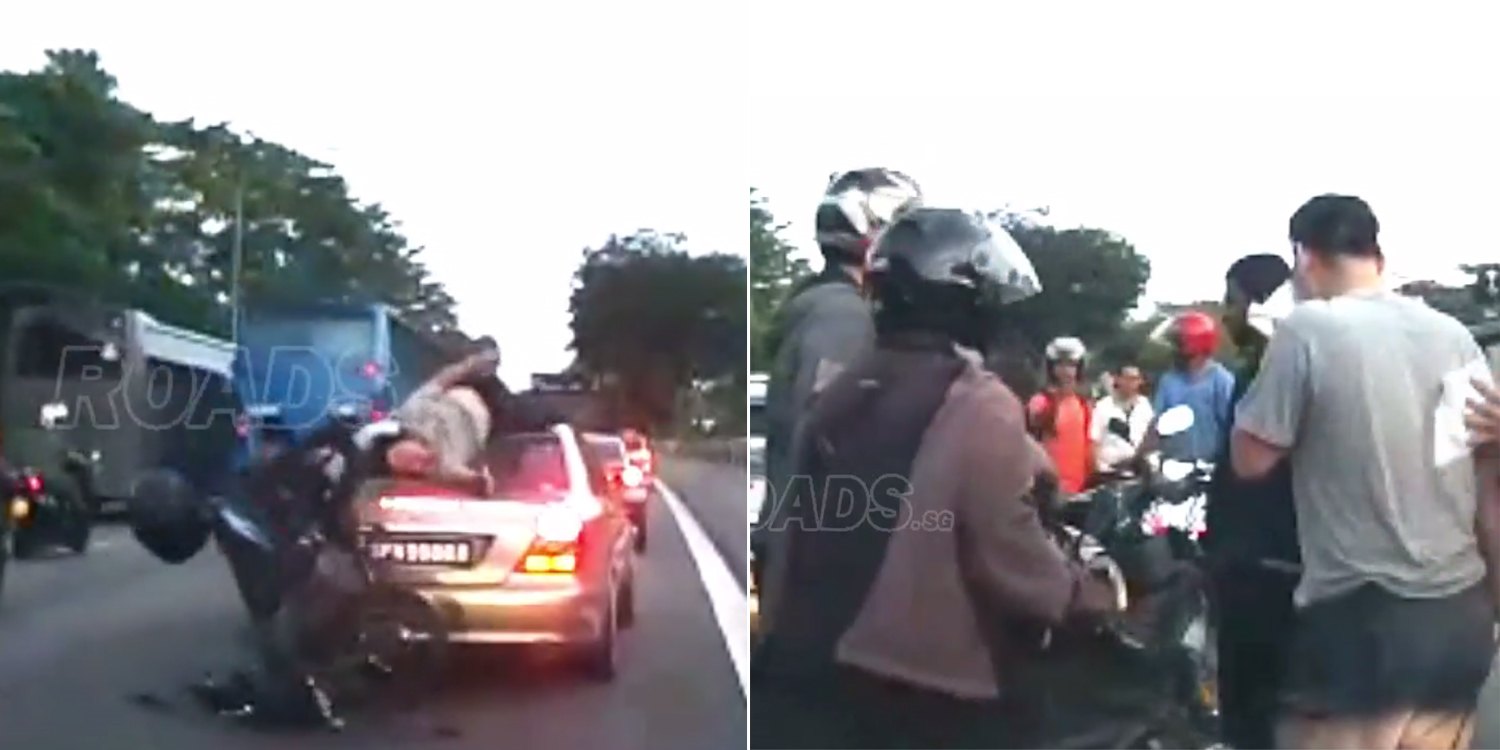 Many traffic accidents leave a sour taste in the mouths of affected parties. At times, things even escalate to the point where motorists resort to violence.

Yet on Tuesday (8 Jan), a accident that allegedly happened on the Seletar Expressway unexpectedly brought out the best in Singaporean motorists.

Footage of the accident was captured on a dash-cam and uploaded on Facebook group ROADS.sg the very same day.

Here’s the video in full. We also break it down for you after the jump.

As the video begins, traffic on the expressway appears rather ordinary. 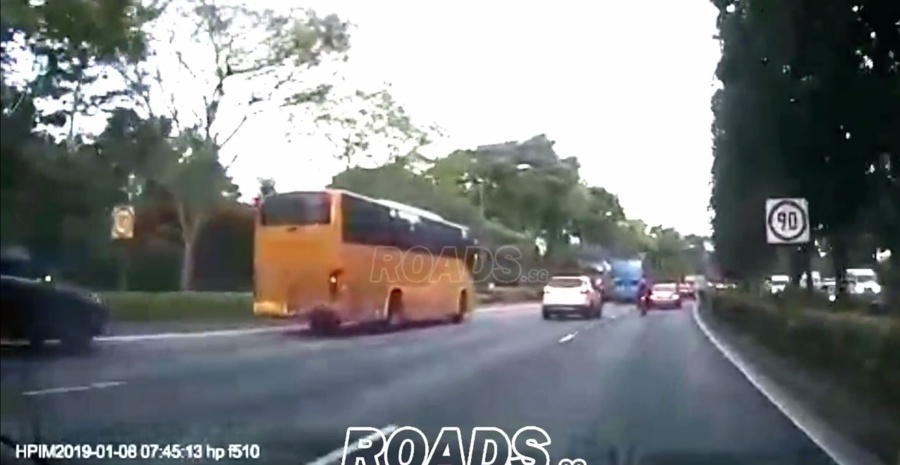 Later at the 15-sec mark, traffic seem to slow down significantly, seen by the short distances between the vehicles. A group of 5 motorcycles also starts to form on the right-most lane. 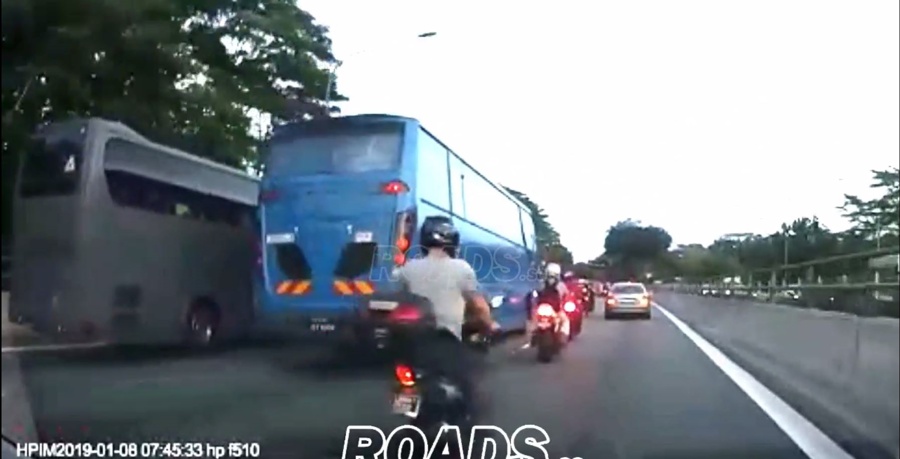 All of a sudden, a grey Mercedes next to the group of motorbikes pulls to a complete stop. 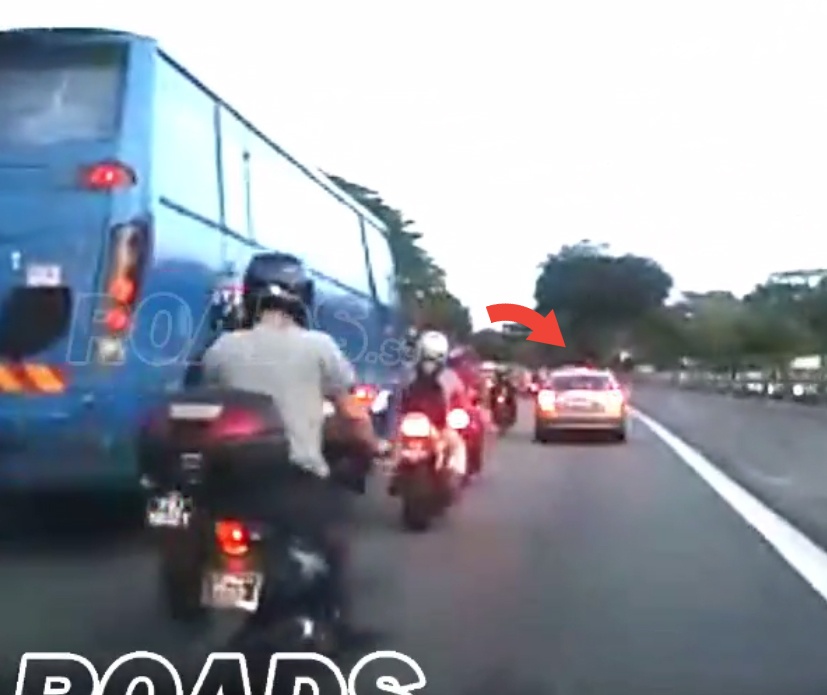 All the motorcyclists in the group noticed the Mercedes’ sudden break, and slowed down in time.

But one motorcyclist wasn’t as lucky. Presumably having misjudged the Mercedes’ speed, a motorcyclist in grey collided head-on to the sedan.

The motorcyclist landed on top of the rear windscreen, causing it to shatter.

The rider appears shaken by the crash, but managed to get off the windscreen by himself. He was later seen holding on to his right hip, clearly in pain.

The Mercedes driver in white, as well as a passenger in pink got out of the car immediately to speak to the injured rider. 3 other motorcyclists also stopped their vehicles to check on the rider. One even helped to move his motorbike off the Mercedes sedan.

The group of concerned motorists grew quickly. As the video draws to a close, around 10 motorists were seen at the scene of the crash, while the rider was seen standing on the road shoulder, recovering from the earlier collision. 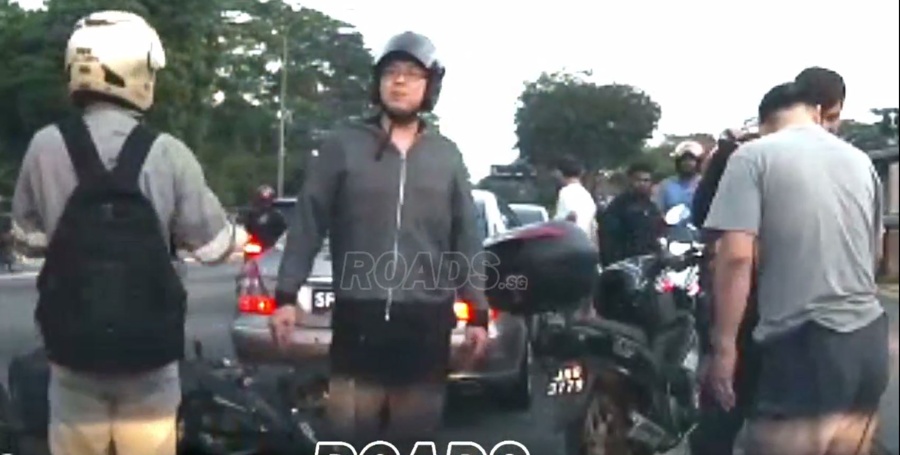 MS News has reached out to the Traffic Police for more information regarding the accident.

Meanwhile, we are truly heartened by the fact that local motorists took time out to help the affected rider.

Let’s hope that he didn’t suffer any serious injuries and that he will make a full recovery soon!