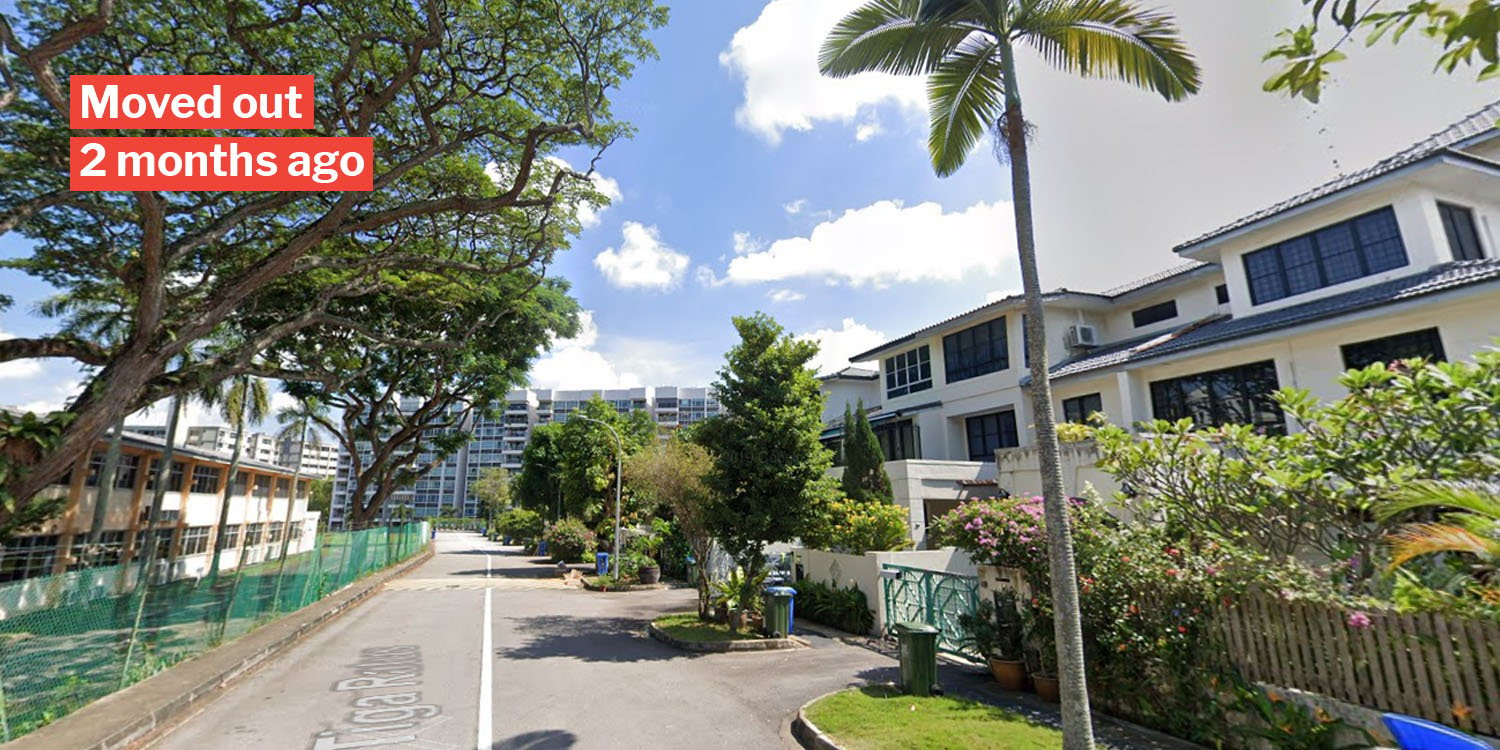 UPDATE (26 Oct): The ex-landlord has declined to comment on the matter.

Landlord-tenant disputes can be rather difficult to solve when issues arise, especially when no formal agreement was signed between both parties.

For a migrant worker in Singapore, he claims that his ex-landlord has failed to refund his $1,000 deposit, even though he has moved out 2 months ago on 30 Aug. 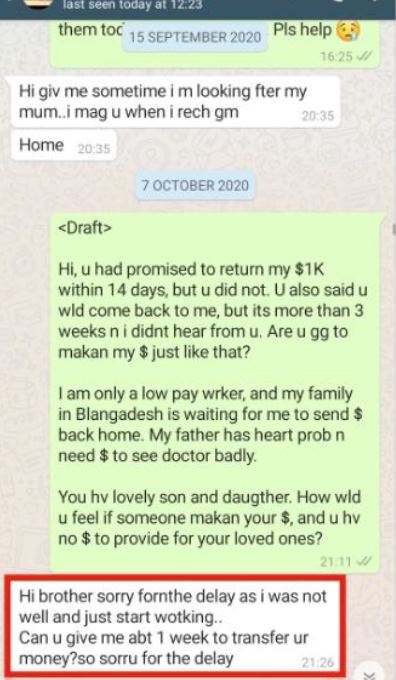 Despite his multiple requests in the past, his ex-landlord allegedly did not formalise their living arrangements in a contract too.

Left with no choice, he lodged a police report and sought help from other parties like HOME and Small Claims Tribunals. Unfortunately, his efforts are seemingly futile.

Keeve Gwan – a colleague of the migrant worker in question – shared his plight with MS News.

Mr Gwan said his colleague Biplab, who is a 37-year-old aircon supervisor, had rented a room near Upper Changi from 30 Jul-30 Aug.

Biplab was apparently promised on WhatsApp that he would receive his $1,000 deposit within 14 days after moving out. 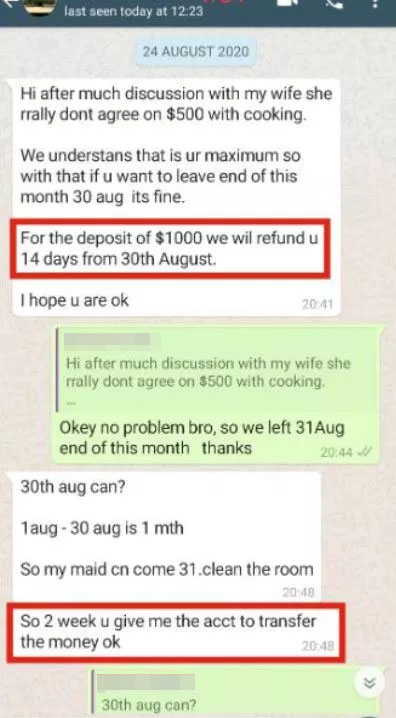 Almost 2 months have passed, but he has received nothing to date.

Mr Gwan related that it seemed like the ex-landlord has no intentions of returning the deposit either.

Mr Gwan told MS News that the ex-landlord had promised they were religious and they won’t keep the money for themselves.

But, in reality this couple is behaving otherwise… making empty promises in the name of religion, and giving crappy excuses for delays.

Mr Gwan said the ex-landlord informed Biplab that an online bank transfer of $500 has been made on 19 Oct. Sadly, after he had checked his bank account, he did not get the money. Mr Gwan suspects that it was just a tactic to get Biplab off their tails.

No tenancy agreement between Biplab & ex-landlord

Mr Gwan claims that the ex-landlord did not issue any tenancy agreement to Biplab throughout his 1-month stay.

The migrant worker had requested for it at the start of his tenancy.

Without an agreement in black and white, Mr Gwan said it would be difficult to seek legal recourse.

This is despite the fact that the worker has already lodged a police report, and has WhatsApp texts to back his claims above. 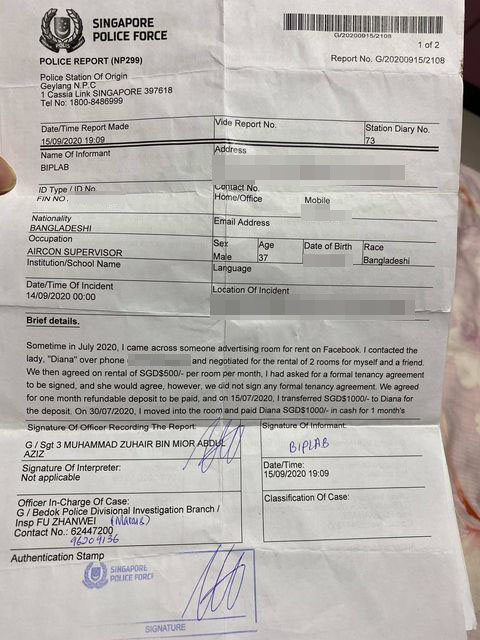 Mr Gwan told MS News that the worker had sought help from various avenues, but to no avail. He shared their reasons:

Biplab has reached out to Humanitarian Organization for Migration Economics (HOME) as well, who, according to Mr Gwan, has arranged a pro-bono lawyer for the case.

A letter has been issued to the landlord pertaining to the $1,000 deposit.

Unfortunately, Mr Gwan said the lawyer had also advised that there is nothing they can do if the ex-landlord chooses to ignore the letter.

Warns others to be careful of fraudulent landlords

Biplab seems to have resigned himself to his fate. He’s not holding out hope that he would get his money back.

Mr Gwan said Biplab simply wants to use this incident as a warning to others, especially low wage migrant workers, to avoid falling victim to landlords like this.

Mr Gwan thinks that migrant workers might be seen as easy prey as they may not have the means to pursue the case.

As many non-citizens reside in Singapore to earn a living, renting rooms is quite common here.

Hence, it’s good to know that a tenancy agreement should be the first thing you get your hands on when you’ve decided on a room to move in.

The document is there to protect both tenants and landlords, so that both parties are clear of their rights and responsibilities to one another.

If a landlord declines to issue the agreement, it’s best to find another place to move into.

We’ve reached out to Biplab’s ex-landlord for comment, but she has yet to respond at press time. We’ll update the story once she has.