S’porean Rejected From Renting Due To Race, His WhatsApp Chat Goes Viral Feeling ostracised in his own country.

In the Singapore Pledge, there’s the oft-quoted line, “regardless of race, language or religion” that’s one of the cornerstones of what this nation is built upon.

As a multiracial and multicultural country made up of immigrants from across the world, we can’t afford to place one group of people over another.

That’s why it’s shocking and disappointing when one Singaporean received a blatant rejection over WhatsApp when he tried to rent a property together with 2 friends.

In a Facebook post on Wednesday (24 Jun) night that has now gone viral, the netizen sounded clearly frustrated, as anyone would be. 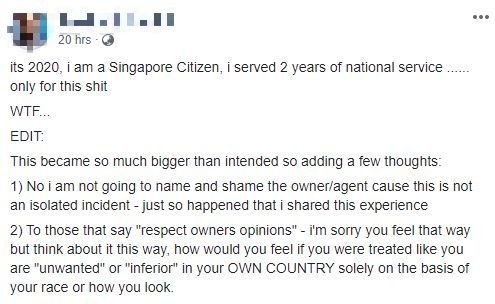 According to the WhatsApp exchange, he was trying to rent a place for 1 year, along with another Singaporean and 1 foreigner.

They are all professionals working in marketing and finance, which are good jobs that should be an advantage for anybody seeking to rent a place.

However, the question they were asked seemed to care more about what race they were.

Upon his reply that yes, all 3 of them were Indians, he received a curt rejection – the owner “don’t prefer” them.

He should know the Pledge very well

In his post, the netizen pointed out that he’s a Singapore citizen who served 2 years of national service.

Thus, he should know the Pledge very well, and has said the “regardless of race, language or religion” line many times. So we can imagine his frustration when he encounters such rejections.

Also, he said that it’s 2020 – meaning that the world should be modern and progressive enough for racial insensitivity not to happen any more.

However, given the Black Lives Matter protests in the United States and other countries across the world, it clearly does happen in 2020.

And it happens right here in Singapore too, judging from the recent “blackface” incident involving Raffles Institution students, as well as the reactions from some who didn’t want migrant worker dormitories to be located near the heartlands.

Not an isolated incident

Worse still, the OP said what he encountered from the agent isn’t an isolated incident, meaning he has experienced it before.

Thus, he’s not going to reveal who the agent and owner are, but felt dispirited enough this time round to post about it.

Rejected in your own country

More disappointingly, some of the reactions to his post have said that he should respect the owner’s right to pick and choose whom he would like to rent his place.

His answer to those people — they should put themselves in his shoes, and think about how they would like it if they were rejected and made to feel inferior solely based on how they looked. 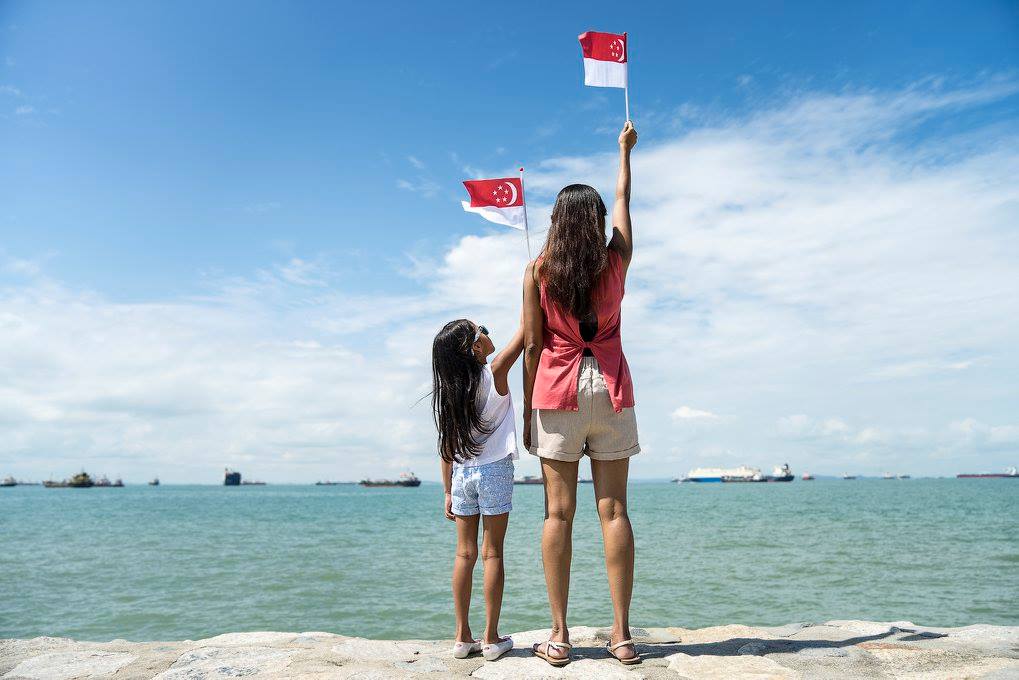 We understand his frustration, and we won’t wish such for such a thing to happen to anybody, especially in Singapore, where non-discrimination of any citizen based on race is enshrined in our Constitution.

All we can say is, we still need to do better.

We hope the OP is able to find a place to rent soon, and won’t face such frustrations any more.